We believe that you will find the heart and soul of a nation in its regional areas. Our included Authentic Local Experiences ensure you’ll really get to know the people, customs and history of a region. Enjoy intimate performances and concerts, see demonstrations by local producers and tradesmen and gain exclusive access with private tours of country houses and gardens. In fact, the very nature of our touring experiences means that you’re often interacting with the locals, as you leisurely explore towns and villages that aren’t on the tourist trail.

Punting on the Cam - England
Introduced to Cambridge in Edwardian times for ferrying cargo, punting on the Cam is a popular summer pastime of Cambridge University students and has been for the last 100 years. Hop on board and enjoy a leisurely punt through the heart of this ancient city. Enjoy wonderful views of the College ‘Backs’ including King’s College Chapel, the Wren Library at Trinity College, Goldie Boathouse (where the Cambridge crew train for the annual boat race), and the Bridge of Sighs. There are more punts in Cambridge than any other river in England because of the shallow depth of the river and, of course, its beautiful surrounds.

Take a punt on our Edinburgh to London tour.

Black Cab Tour – Ireland
Belfast, the capital city of Northern Ireland, has a fascinating history. Learn about the city’s turbulent past with a Famous Black Cab political tour. Depart the hotel and board a black cab for a trip around both sides of the Belfast community, including the infamous Falls and Shankill Roads, the Peace Line, the International Wall, the Sinn Fein Headquarters, and Bombay Street, where tensions originally broke out in 1969. A particular highlight will be a chance to see many of the city’s famous political murals before visiting Belfast’s Titanic Museum.

Experience on our Ireland – The Emerald Isle Tour.

Meet the locals – Ireland
Meeting the locals is always a memorable part of a Blue-Roads tour and our Irish trips are no exception! During your stay on the beautiful Emerald Isle, your expert guide will ensure that you have plenty of opportunities to mingle with the locals. For example, enjoy informal evenings in traditional Irish pubs across the country where you will have a chance to experience the unique Irish way of letting your hair down. Traditional Irish folk music is often heard in this sort of venue and, of course, a pint of Guinness is highly recommended to top off your evening!

Meet the locals on our Ireland - The Emerald Isle tour.

Connemara Heritage Centre - Ireland
Visit the award winning Connemara Heritage Centre, which offers an insight into the history and heritage of the region. The centre is based around the restored prefamine cottage of Dan O' Hara who was forced to emigrate in the 1840's when he was evicted from his home. Enjoy an entertaining and educational guided tour which offers demonstrations of traditional farming activities such as turf cutting, sheep herding and soda bread making on the open fire.

Corleone Mafia Tour – Italy
Corleone, immortalised in The Godfather as the home town from which Vito fled after his family were slain by the mafi a, is also known for the real-life mafi a clan the Corleonesi. Corleone local Gino Felicetti, whose family previously fled to England to escape a feud but have since returned, takes us on a guided tour through Corleone, explaining the history and transformations of the mafi a in Sicily. As we move through the Old Town, Gino tells us about the birth of the Cosa Nostra and how Corleone became its heartland, pointing out sites where famous mafi a killings took place along the way. After visiting the Discover Corleone Mafi a Museum we’ll enjoy a traditional Sicilian lunch together.

Gain a unique insight into the Sicilian mafia on our Splendours of Sicily tour.

Stone-Masonry School - Croatia
The stone-masonry school in Pucisca, on the Island of Brac, has been educating people in the art of stone-masonry for over 100 years. Brac stone is known for its quality and bright white colour and has been quarried from the island since the Roman times. You’ll see it in the world’s most iconic buildings, from the White House to Budapest’s Parliament Building. Visit the school and watch one of the expert stone-masons at work – to this day the stone is worked in the same way as it was 2,000 years ago.

Visit the school on our Croatian Wilderness Sailing tour. 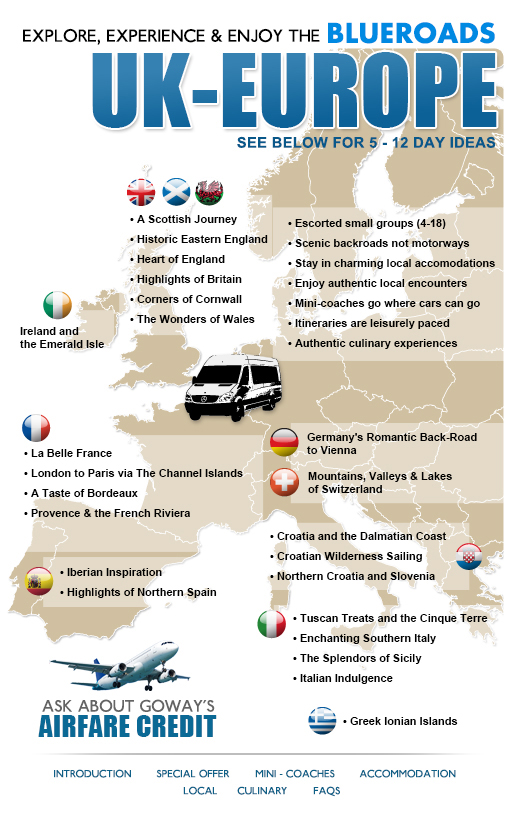