Situated on the rugged cliffs at La Perouse, New South Wales Golf Club overlooks Botany Bay where Captain James Cook first sailed into Australia on the SS Endeavour in 1770. For golfers, however, it was the visit of another intrepid British pioneer, which gives the site its historical significance. 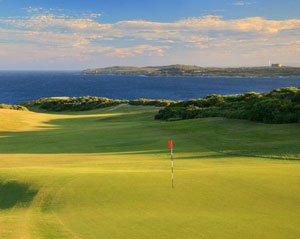 During his whirlwind 1926 Australian tour, legendary designer Dr. Alister MacKenzie visited La Perouse and was enthused about the potential for building a great golf course. Clearly moved by the surroundings he declared that New South Wales would ‘present more spectacular views than any other golf course in the world, with the possible exception of Cypress Point.’ Today golfers continue to make the pilgrimage to this sacred site to tackle a course built by nature, framed by the Pacific Ocean and shaped by the greatest hand of all.

NSW is a wonderful combination of undulating fairways, beautiful scenic vistas and a spectacular Clubhouse which is a magnificent combination of traditional architecture and five-star comfort. Shortly after its 1928 opening, an edition of ‘Golf in Australia magazine described New South Wales as needing ‘only the improving hand of time to become the acme of perfection’. The hand of time has indeed improved this masterpiece and though it is unlikely any course is the absolute ‘acme of perfection’, New South Wales Golf Club gets about as close as any in Australia.

The course and club are steeped in history. It is a well-known historical fact that Captain Cook and his crew found their first drinking water in a natural spring below where the18th tee is located today.

In short, this is more than just a golf course - it is an unforgettable experience of nature. To play golf at NSW Golf Club is to play golf how the game was intended to be played - at the complete mercy of Mother Nature and the golfer’s ability. 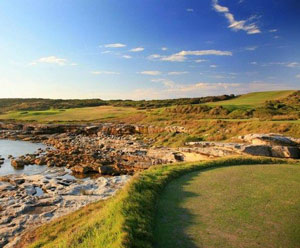 This inspiring layout is bounded by water on three sides and has many of the characteristics of true links golf. Magnificently wild and exposed, the entire course offers tremendous views and a series of stunning holes built around, over and through the hills and valleys that lead toward the coastline. The course has undulating fairways and small greens which call for great skill in shot-making when the sea breezes blow. It has been written that golf had its origins on unique seascapes similar to this one, where the wind is a dominating factor and the direction from which it blows making any of the eighteen holes comparatively easy or extremely difficult.

The success of the golf course cannot be solely credited to the genius of MacKenzie as the work of Eric Apperly in completing the architect’s plans after he departed was also outstanding. The routing, as much as the setting, makes New South Wales special and despite more than 70 years of change and evolution, twelve holes and the majority of the standout moments remain either Mackenzie originals or variations on a theme he first suggested. Of those altered the most noticeable are the four Apperly par 3s, which form the best set of short holes in Sydney, and the par 5 8th which is a combination of MacKenzie’s 7th and 8th.

While Mackenzie mapped the routing, the bunkers were left to Apperly, who also made a number of changes to the layout during the subsequent years. Most significant was the building of the world-renowned 6th hole in the 1930s and the shifting of the 5th tee after the army reclaimed land during The Second World War. These two holes are individually among Australia’s best and collectively one of the most awe-inspiring double acts in world golf.

The memorable par 3 6th is played from a rocky outcrop behind the 5th green over the sea to a small sloping greenback on the mainland. Interestingly this was not originally part of MacKenzie’s plan, the oversight possibly due to the land not being available for use when he first saw the site. Considering he left Australia to finish work on Cypress Point, which boasts the most famous Ocean carry par 3 in the world, it seems doubtful that when looking to the thrill he would have missed the opportunity for such an obvious showstopper.

Avoid the gradient left of the green as well as the bunkers left and right.