The official currency of Russia is the Russian Ruble. There are plenty of ATMs across the country and you can easily exchange USD or Euros at various exchange centres. Credit cards like Visa and Mastercard are accepted in the major cities, but don’t expect to use them in more rural areas. Also, be sure to let your bank know that you’re travelling out of the country to avoid having your card blocked.

The official language is Russian. While people in the tourism industry have a good understanding of English, most of the general population does not speak it and you won’t find anyone speaking English outside of the major tourists sights, hotels, and restaurants. Learning a few useful words and phrases is a good idea, as it helps to ease the communication barrier and usually goes over well with locals.

The best time to visit Russia is during the summer, between June and August, when there is the most daylight, balmy temperatures ranging from 20°C–25°C/68°F–77°F, and the country is bustling with festivals and events. However, the summer also brings with it crowds, higher prices, and the need to book admission tickets well in advance in the case of a sellout. Travel in late spring or early fall for the most comfortable temperatures, between 14°C–20°C/57°F–68°F. Russia blossoms in spring and many of its palaces and gardens are filled with beautifully coloured flowers and manicured lawns. Autumn is brief with its golden autumn hues and the lack of crowds allows one to explore the country at a slower pace. Winters are cold, but offer a rewarding and a magical experience during the winter holidays.

Because of the vast size of the country, Russia consists of several continental climate zones. For example, in the northeast winters are long and harsh, with lots of snowfall and temperatures can fall below –40°C. Winter in western Russia is similar to North American winters. Russia is pleasantly warm in the summer. In July and August temperatures have been known to rival the Mediterranean. Spring and autumn are both beautiful, but brief seasons with autumn experiencing more rainfall and less sunlight.

Russia is great for travellers interested in history and culture, as it has many historical and cultural highlights, from Moscow’s massive Kremlin complex to the timeless villages of the Golden Ring to regal St. Petersburg, which boasts world-class galleries and museums, fabled canals, and elegant architecture from the past. Russia is also an excellent choice for the adventurous traveler, with many rivers, lakes, mountains, and valleys that are perfect for outdoor activities. 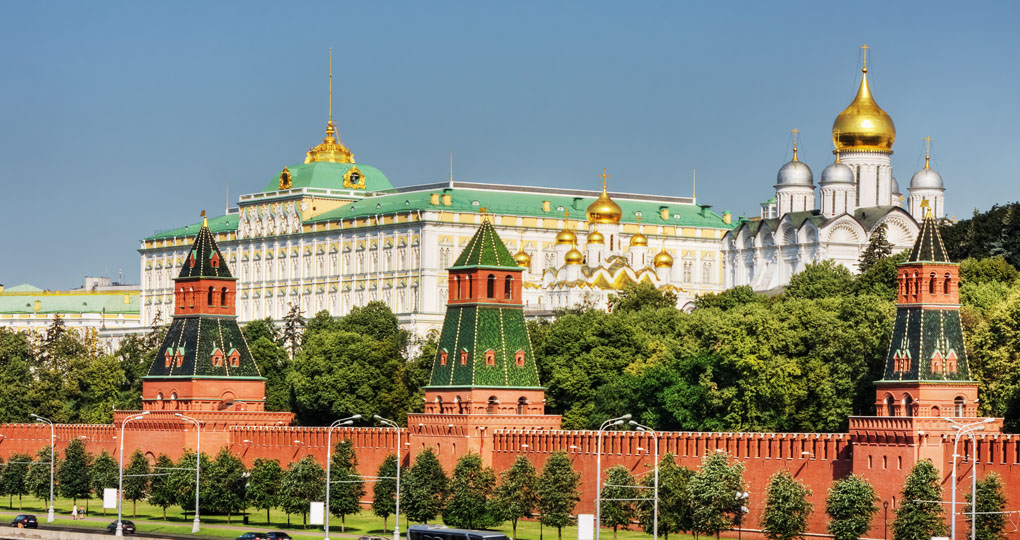 There are no direct flights from the United States to St. Petersburg. The main airlines flying to St. Petersburg are Lufthansa via Frankfurt, Aeroflot via Moscow, and Delta/Air France via Paris. Aeroflot offers direct flights to Moscow (SVO) from Los Angeles (LAX), Miami (MIA), New York City (JFK), and Washington (IAD). Other major airlines servicing Moscow from the United States are Air France via Paris and British Airways via London.

There are no direct flights from Canada to Russia. Travellers can connect to Moscow and St. Petersburg on Lufthansa via Frankfurt, Air France via Paris, and KLM via Amsterdam. 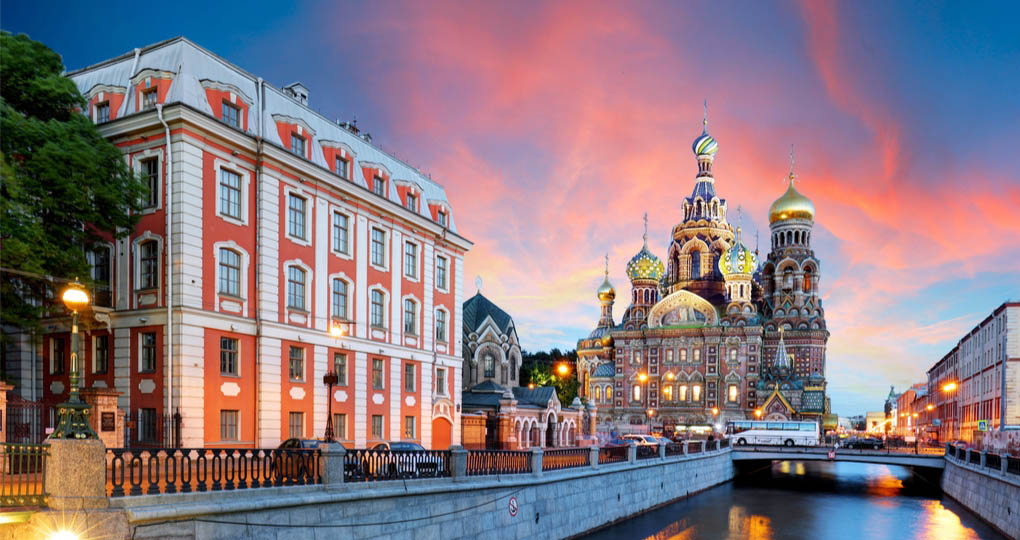 Home to the mighty Kremlin, Red Square, and St. Basil's Cathedral, Moscow is not only the capital of Russia, but also the political, financial, and cultural centre of the country. It’s home to some of the best galleries, museums, and cultural institutions in the country, including Tretyakov Gallery, Pushkin Fine Arts Museum, and Bolshoi Theater. Moscow is also bursting with top notch dining, thrilling nightlife, and high-end fashion stores.

Founded by Peter the Great in 1703, St. Petersburg was the capital of the Russian Empire for two centuries until the Russian Revolution in 1918. The city embodies opulence and elegance, and is adorned with museums, galleries, and palaces. The UNESCO-listed historic centre has Baroque and Neoclassical architecture lining a beautiful network of canals. The city is also home to the State Hermitage Museum, which is the second largest art museum in the world, St. Isaac’s Cathedral, and the imperial residences of Peterhof and Tsarskoe Selo.

The Golden Ring is an enchanting destination comprising small historical towns nestled in the countryside to the northeast of Moscow. This region played an important role in the development of the Russian state and the Orthodox Church. Some of the highlights include the towns of Vladimir, Suzdal, and UNESCO-listed Yaroslavl. These towns offer visitors a taste of bygone times with their unique architecture, history, religious art, traditional cooking, and century-old crafting traditions.

Other Highlights of Russia Off the Beaten Path 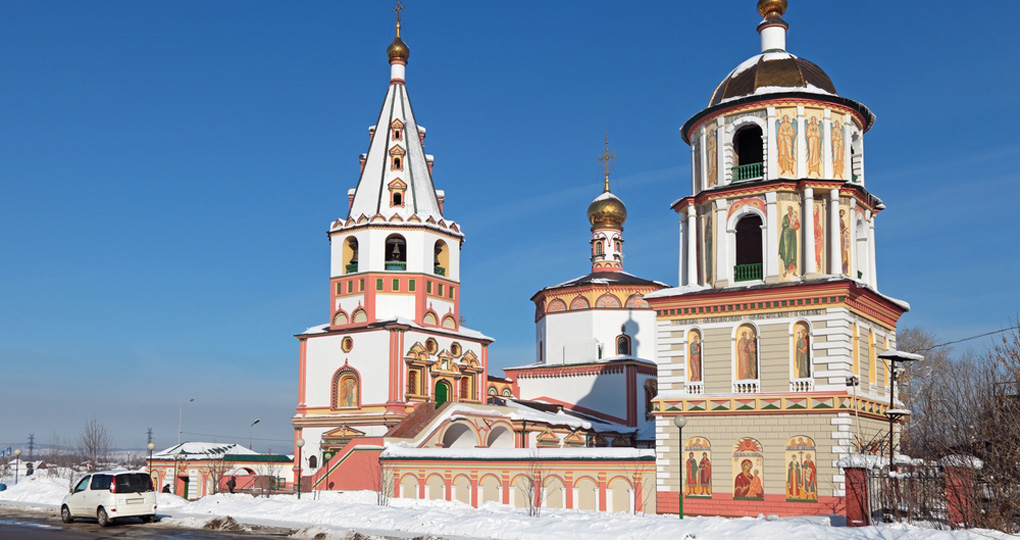 One of the main stops on the Trans-Siberian Railway, Irkutsk is the highlight of Siberia and a fairly compact city with an impressive collection of historic churches, museums, and traditional wooden houses adorned with intricate hand-carved decorations. A scenic one hour drive from Irkutsk is the world famous Lake Baikal, the world’s biggest, oldest, and deepest freshwater lake.

Kazan, meaning “cooking pot” in Tatar, is a vibrant melting pot of European and Central Asian cultures who coexist together peacefully on the Volga River. Kazan’s major sights are the UNESCO-listed Kazan Kremlin, filled with gorgeous churches, watchtowers, and museums, Kul-Sharif Mosque, the largest mosque in Russia, and the lively pedestrian Bauman Street with its excellent range of bars, cafés, restaurants, and boutique stores.

The last stop on the Trans-Siberian railway, Vladivostok is situated in the Far East on the shores of the Pacific Ocean. Nicknamed the “San Francisco of Russia” for its scenic location and hilly landscape, Vladivostok is blossoming with modern architecture, thriving European-Asian dining scene, and endless entertainment opportunities. Places of interest include the lively Sportivnaya Harbor with its beautiful beach, promenade, amusement park, and dozens of street vendors. Ride the funicular to the Eagle’s Nest observation deck for fantastic views over the city and sea. 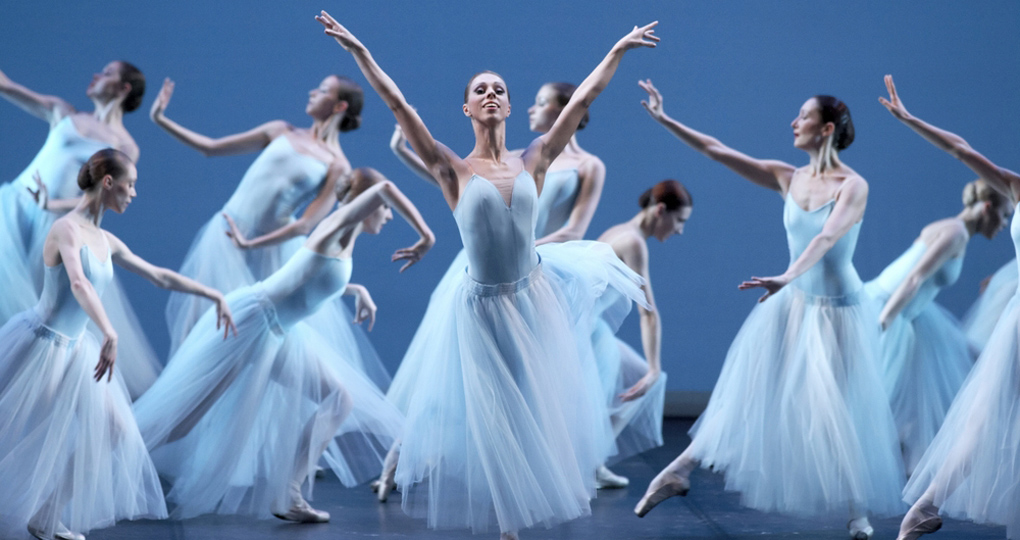 Attend a ballet or opera performance in Moscow or St. Petersburg to understand Russia’s love for the performing arts. The legendary Bolshoi Theatre in Moscow is home to one of the leading ballet and opera companies in the world. The iconic Mariinsky Theatre in St. Petersburg is known for its grand architecture, opulent interiors, and legendary performances. Enjoy a classic like Tchaikovsky’s Sleeping Beauty, The Nutcracker, or Swan Lake.

The Trans-Siberian Railway is one of the world’s great rail systems, connecting St. Petersburg in the west to Vladivostok in the east. Travellers can arrange to ride the rails between cities or opt to travel the entire distance from east to west. There are a variety of classes of seats and sleeper cars for passengers, so there are options to fit all manner of budgets.

Both Moscow and St. Petersburg have a very efficient metro system. The St. Petersburg metro first opened in 1955 and is one of the deepest in the world, running under the canal waterways. Each station showcases marble columns, sculptures, wall paintings, mosaic panels, or/and chandeliers. Some of the most beautiful stations are Avtovo, Kirovsky Zavod, Ploshchad Vosstaniya, and Admiralteyskaya. The Moscow metro has its own unforgettable charm. It opened in 1935 and quickly became one of the USSR’s grandest architectural projects, with each metro station a work of art telling a story about Russia’s past. 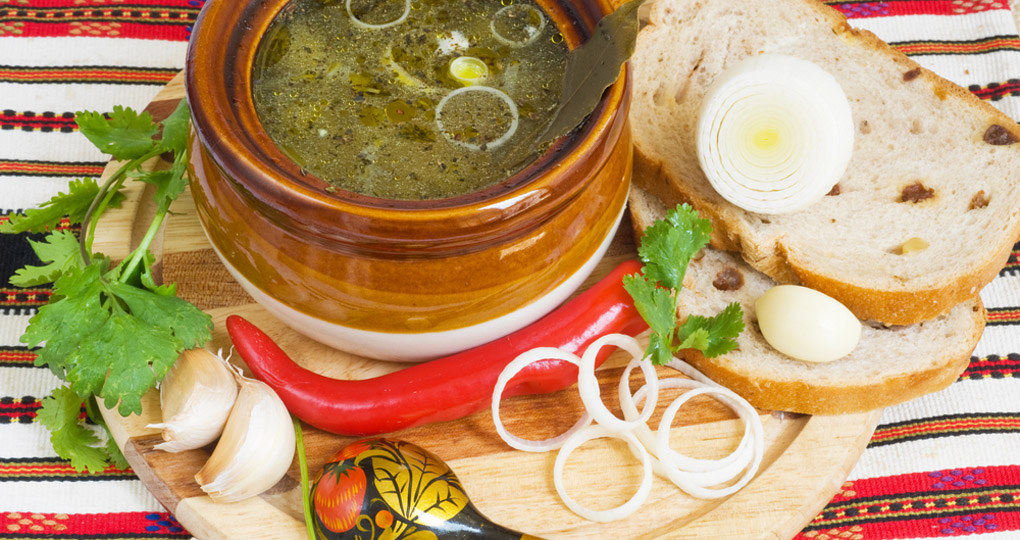 Borscht is a traditional Russian/Ukrainian hearty beet soup. It is full of sautéed vegetables, including beets, cabbage, carrots, onions,, and potatoes, and usually includes meat, but can also be vegetarian. It can be served hot or cold with a dollop of fresh sour cream on top.

The national dish of Russia, pelmeni are dough dumplings typically filled with minced meat (pork, beef, chicken, or lamb), onion, garlic, and spices. They are boiled until cooked through and can be served several ways: alone, slathered in butter, topped with sour cream, or served in a broth.

Literally “little pies” of soft pastry filled with savoury or sweet fillings, which could be either pan-fried or over-baked. Some of the classic fillings are cabbage, meat, potatoes, cottage cheese, cherries, and caramelized apples. Pirozhki are the most commonly available street food in Russia. They can also be purchased from any bakery. 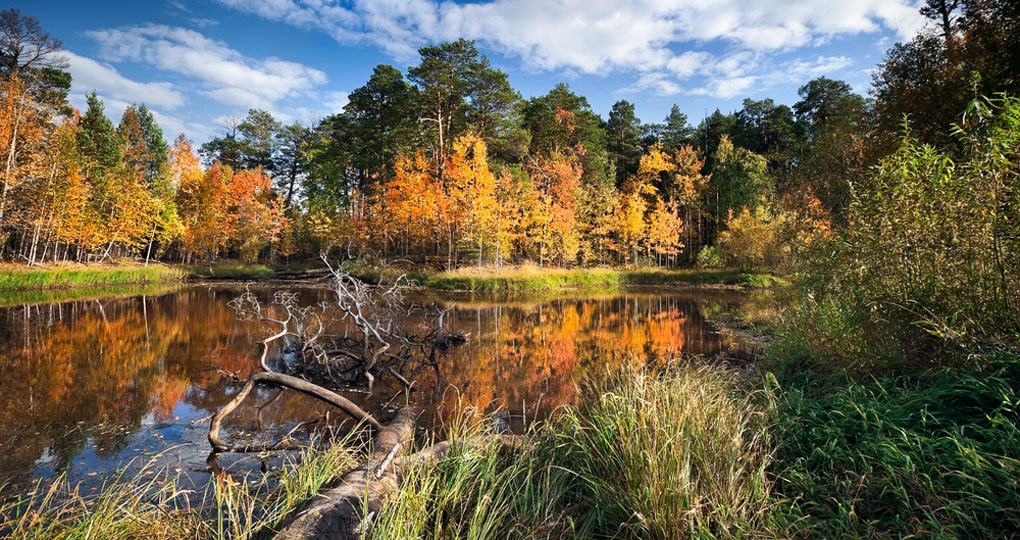 For short distances, try to use the public transportation system, as it is super efficient, well-organized, and by far the easiest, quickest, and cheapest way to get around. Buy local, be it regionally sourced produce or authentic hand-made souvenirs, which can be found at flea or farmers markets, or street vendors in Russia. Pay a visit to one of the many available green spaces, including Gorky Park in Moscow or the Summer Garden in St. Petersburg, to catch some rays, read a book, or people watch. Bring a reusable bag(s) with you when you go shopping to avoid having to buy plastic bags.

If you end your journey in St. Petersburg, a great option is to take a cruise and visit the Baltic capitals, Helsinki (Finland), Tallinn (Estonia), and Riga (Latvia). Stockholm (Sweden) and Copenhagen (Denmark) and only a little further as well. More adventurous travellers who are heading along the Trans-Siberian Railway could continue into Mongolia. The Altai Mountains connect Russia with Mongolia and offer scenic hiking routes through mountain ranges featuring lakes and valleys, plus numerous national parks with diverse wildlife.

Most Popular Itineraries for Russia