Although Hungary is a part of the European Union, it does not use the Euro. Instead the official currency is the Hungariant Forint. While some spots in the larger cities may accept Euros, it’s best to exchange your money into Hungarian Forints upon arrival, as the exchange rates are best within the country itself. Most international credit cards are accepted in Budapest for shopping and currency withdrawal.

The official language in Hungary is Hungarian, which is different than the neighbouring Slavic languages. It’s actually closer to Finnish and Estonian than Czech or Serbian. Some people speak English in Hungary, although most locals are not fluent.

In Hungary, the shoulder seasons (March to May and September to November) are the perfect time to visit. The weather is ideal and there aren’t as many tourists. But don’t forget about the Christmas markets that open in Budapest in mid-November and run until December 31st (dates vary yearly), which are among Europe’s best. Hungary’s thermal baths are also most enjoyable in the depths of the winter months.

The climate in Hungary is very typical of the rest of continental Europe, with warm dry summers and cold winters. Budapest is located near the centre of the country where winter temperatures  in January range from –4°C–1°C/25°Fº–34°F. Summertime temperatures are hot and range from 15°C–27°C/59°F–81°F. May, June, and November have the most rain.

Hungary is great for cultural travellers, spa lovers, and travellers who want to go beyond the usual tourist trails in Europe. It has one of the richest folk cultures in Europe, which blends into the music and the nightlife scene that has come alive in recent years. For centuries the thermal baths of Hungary have been used for their healing benefits, and with over 1,000 hot springs running beneath the surface, there are more medicinal spas and thermals baths in Hungary than anywhere else in Europe. 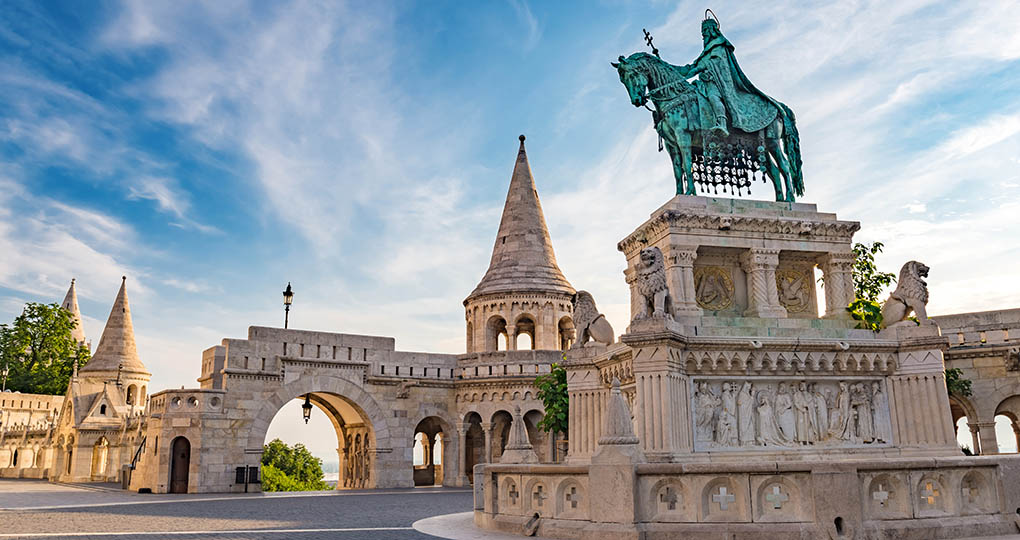 There are a total of six airports in Hungary, but 90% of all passengers travel through Budapest Airport, which is located 16km/10mi southeast of Budapest and has about 10 million travellers pass through it annually.

There are no direct flights from the United States to Hungary, so you’ll have to connect through some of the larger cities in Europe like Amsterdam, Munich, and Paris on carriers such as British Airways, KLM, and Lufthansa.

There are no direct flights from Canada to Hungary, so you have to connect through a major European city on airlines such as Lufthansa and British Airways. 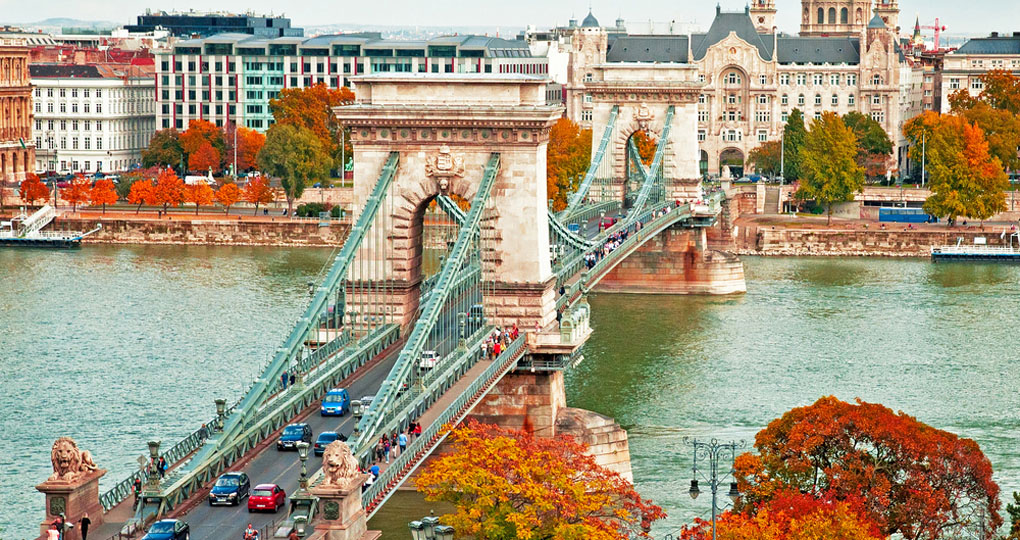 Budapest is famous for its dramatic skyline and historic architectural wonders. The city actually combines three different cities that grew together along the banks of the Danube: Buda, site of the royal residence of the Austro-Hungarian Empire; Pest with its dynamic growth from the 19th century onwards; and Óbuda, known for its somewhat less urban but cheerful restaurants and citizens. The three independent cities merged into one in 1873.

The Danube River is Europe’s second longest river, flowing through 10 countries in Europe and dividing Budapest into two parts, Buda and Pest. There are many historic sites to see on the river, such as the Hungarian Parliament Building, the Chain Bridge, Gresham Palace, Buda Castle Hill, and Fisherman’s Bastion in Budapest, or some of the smaller towns and hill country outside the city. The river is also important for the cruise industry, as the Danube is the major waterway through Central Europe.

Other Highlights of Hungary Off the Beaten Path 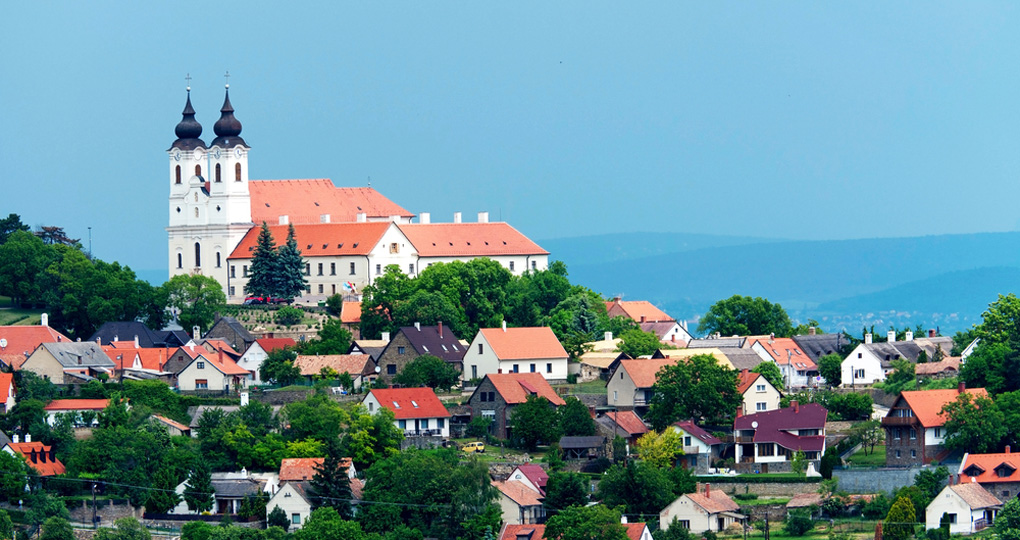 Lillafured is a magical place. The resort town is home to a series of man-made, underground caves beneath the Bukk Mountains that are complete with incredible stalactites and other fascinating geological formations. You’ll also find beautiful gardens and waterfalls around town.

The Tihany Peninsula is found on the shores of Lake Batalon, located in central-west Hungary. The peninsula juts out into the lake and is also home to an historic community with beautiful buildings and lovely greenery. It’s one of Hungary’s most beautiful destinations.

A harsh, rugged and absolutely impressive landscape of plains and wetlands, Hortobagy National Park is ideal for hiking and exploring the outdoors. It’s Hungary’s largest protected area and has been home to humans for tens of thousands of years.

Top Activities and Experiences in Hungary 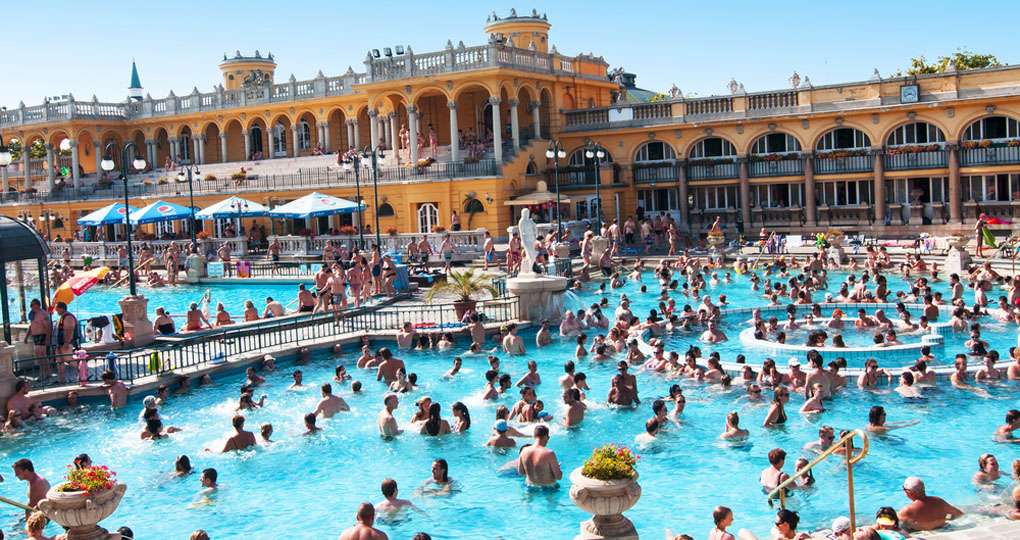 When it comes to spas in Hungary, the possibilities are almost endless. From the capital city of Budapest right down to the tiniest town, there are fantastic spas just waiting to be discovered. Hungary has one of the unsung spa cultures of Europe so you don’t want to miss out.

The Dohany Street Synagogue is also known as the Great Synagogue of Budapest, and is the largest synagogue in all of Europe. The original synagogue was bombed by the Nazis during World War II, but a complete restoration was finished in the 1990s. Outside, there’s a memorial mass grave commemorating the 2,000 Jews killed there during the Holocaust, as well as a tribute to Raoul Wallenberg, who saved the lives of hundreds of Hungariuan Jews during the war.

Shoes on the Danube 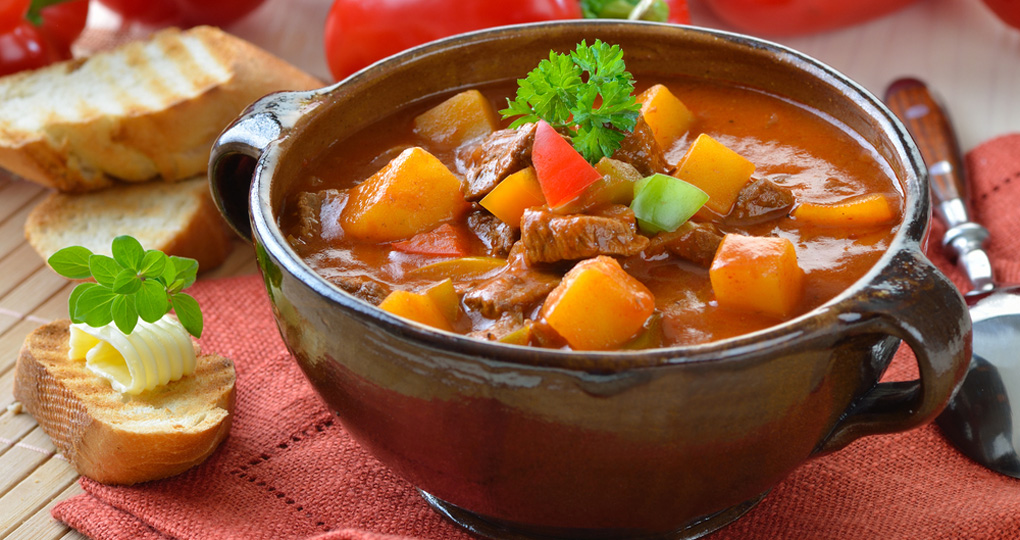 Goulash is Hungary’s quintessential dish. It’s a hearty beef stew that’s cooked with carrot, potato, spices, and lots of paprika. While the dish dates back hundreds of years, it became a symbol of Hungarian culture and identity in the 1800s. You can find it in most restaurants across Hungary.

This popular Central European dish is also common in Hungary. In Hungary, it is a thinly-breaded veal cutlet fried to a crispy crust and tender centre. It’s often prepared for Sunday supper and served with a side of nokedli (spaetzle). Some restaurants will offer a “cordon bleu” variation with the veal rolled with cheese and ham before being battered and fried.

This popular Hungarian dish gets its name from the use of paprika, which is a staple spice in Hungary. It dates back to the 16th century and consists of onions, chicken, broth, and spices—some versions also have tomatoes—that are slowly braised and turned red by the paprika. It’s traditionally served with nokedli or over egg noodles.

This decadent Hungarian dessert dates back to the late 1880s and is made up of seven layers of sponge cake, each layered with chocolate buttercream and topped with caramel. It can also be topped with ground nuts like hazelnuts, chestnuts, walnuts, or almonds.

Cabbage rolls are very common in Central and Eastern European households, with slight variations between countries. The Hungarian version is made of cooked (and usually pickled) cabbage filled with minced pork, rice, salt and pepper, and of course paprika. It’s often topped with sour cream. This dish is typically served around Easter and Christmas, but many taverns keep in on the menu year round. 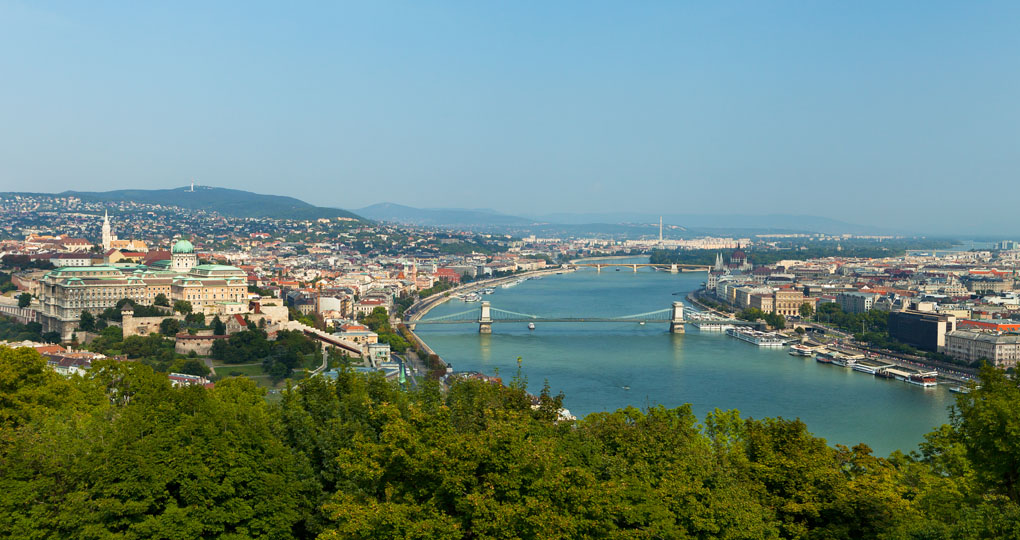 As with many places in Eastern Europe, language barriers can make transit a bit more difficult than in some cities, but public transit and riding rail between cities remains the best way to reduce your carbon footprint. You can also do your best to be conscious of energy consumption and to use reusable materials, from water bottles to shopping bags, whenever possible.

Hungary is located close to a lot of other popular European destinations, so it’s a good jumping off point for a vacation. You can visit neighbouring countries such as the Czech Republic, Slovakia, Austria, and Romania, or travel west in Germany. You can also head south and explore the Balkans after a trip to Hungary.

Most Popular Itineraries for Hungary

Discover Budapest is a classic introduction to Hungary’s capital, spending a few days in this sophisticated city. It also includes a full day tour of the Danube Bend. Classic Eastern Europe: Budapest, Vienna and Prague pairs Budapest together with two of Central Europe’s most popular destinations: Vienna and Prague. Explore Eastern Europe uses Budapest as a jumping of point for a journey through the best of Eastern Europe, including Slovakia, Poland, and the Czech Republic.

FIRST-CLASS | TAILOR-MADE: Get to know why Budapest is considered a beautiful and sophisticated city and also experience the history and charm of three old towns outside of Budapest. A half day tour of the city and a full day to the Danube Bend will convince you.

DELUXE | SMALL GROUP: Venture through a land of ancient cities, time-honored culinary traditions, and ever-changing landscapes on this Eastern European vacation. Journeying from Budapest to Krakow to Prague, you’ll discover the highlights of four Eastern European countries and explores some of Europe’s loveliest cities.