The official currency of Guatemala is the quetzal (Q). US dollars are also accepted in most places throughout the country. Credit and debit cards are widely accepted in major cities and tourist areas, but cash is still preferred and recommended for local markets. ATMs are common and easily found in bigger cities and towns.

The official language of Guatemala is Spanish, although there are also 21 Indigenous Mayan languages and other languages like Xinca and Garifuna spoken throughout the country. English is fairly common in tourist areas, but learning a few basics in Spanish will go a long way when visiting more rural areas.

Guatemala offers activities throughout the year. Typically, the best time to visit is during the dry season (November to April) when more regions of the country are more easily accessible due to less rain as some rurals areas may experience flooding during the rainy season.

Guatemala has a tropical climate and experiences two distinct seasons: dry (November to April) and rainy (May to October). The coastal areas and plains are the hottest parts of the country, with average annual temperatures of 27°C/80°F, although in the months of March and April, temperatures can go up to 38°C/100°F. In the mountain valleys like Quetzaltenango, Guatemala City, and Antigua, temperatures are much cooler at 16°C–21°C/60°F–70°F. On the highest mountains, temperatures can drop to 0ºC/32°F.

Guatemala has plenty to offer many types of travellers. It’s great for nature lovers and photographers with its abundance of jungles, volcanoes, and lakes. History buffs and culture lovers will enjoy some of the best Mayan ruins in Central America and have an opportunity to learn about robust Indigenous cultures. 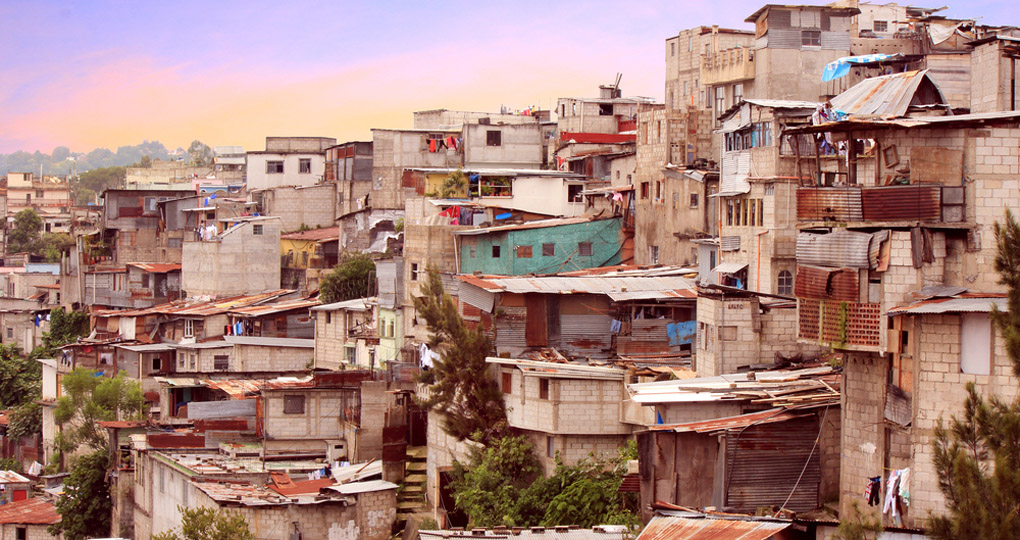 Canada does not have any direct flights to Guatemala. All flights from Canada fly into La Aurora International Airport (Guatemala city) and require a stopover in either Houston, Miami, Atlanta, Dallas, Mexico City, San Salvador, or Belize City. 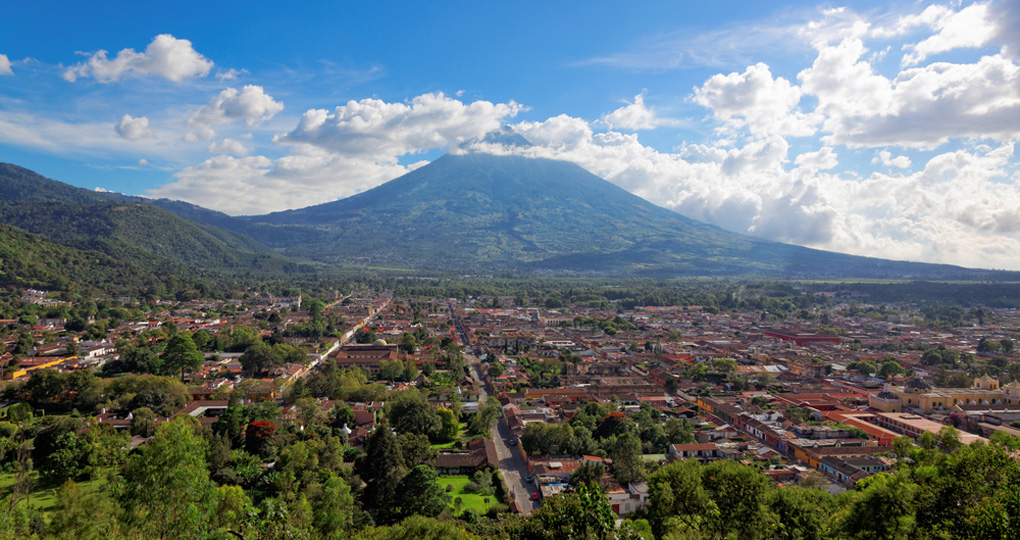 Guatemala City is the largest city in Central America and the nation’s capital. The city offers an abundance of art galleries, theatres, and museums. The Guatemalan National Theatre, a re-appropriated military fortress, offers ballet performances and concerts, while the Museo Popol Vuh, Museo Ixchel, and Museo Nacional de Arqueologia y Etnologia showcase the country’s fascinating history. The city also has many remarkable buildings, including the Palacio Nacional de la Cultura and the Metropolitan Cathedral that was built in 1782.

Tikal National Park is located in 575 square-kilometers of jungle and is a UNESCO World Heritage Site offering the best Mayan ruins in the world. Thousands of structures, including temples, statues, and pyramids, were abandoned by the Mayans over 1,000 years ago and discovered by westerners in 1848. Inside the park, you can explore ancient buildings such as the Acropolis and the Great Jaguar Temple, which are among Central America’s most fascinating ruins. The park is also home to an incredible number of animals and flowers and it belongs in the Maya Biosphere Reserve. The park also served as the filming location for Yavin IV in Star Wars.

Antigua is one of Guatemala's most beautiful cities, a colonial settlement defined by its cobblestoned streets, artisan shops, and local markets. Plaza Central offers a refreshing green space in the city core, while the Mirador del Cerro de la Cruz has breathtaking views of the city. There are also many beautiful historical churches in Antigua, including Santiago Cathedral, Santa Clara Convent, Iglesia del Carmen, Las Capuchinas Convent, La Merced Church, and the Arco de Catalina.

Other Highlights of Guatemala Off the Beaten Path 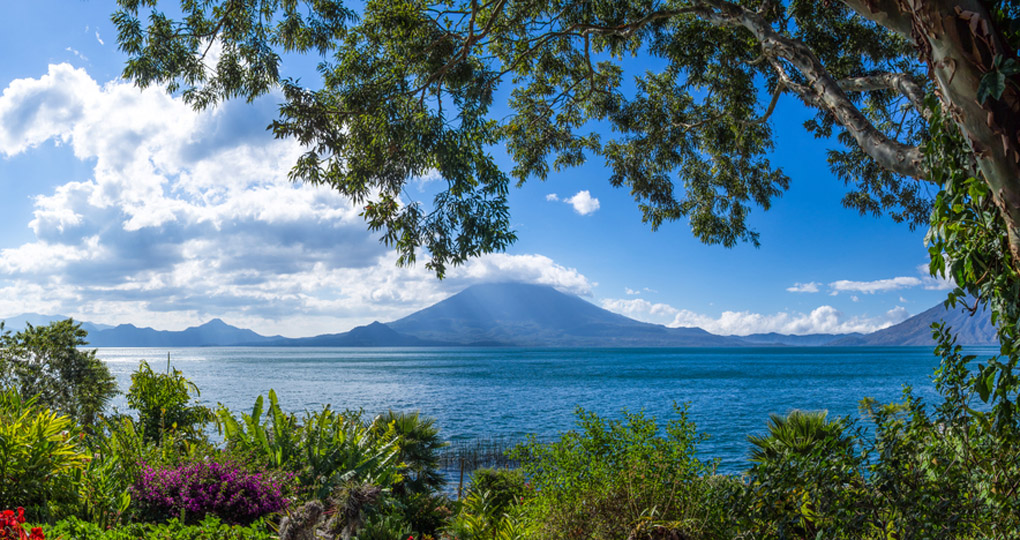 Surrounded by the volcanoes Atitlán, Tolimán, and San Pedro, Lake Atitlán is one of the deepest lakes in Central America and one of Guatemala's most spectacular places to visit. On the shores of the lake you will find several villages that maintain Mayan culture and traditions like San Pedro la Laguna, San Marcos la Laguna, San Juan La Laguna, Santa Catarina de Palopó, and San Antonio de Palopo. The main gateway town, Panajachel, also has plenty of cafes, bars, and markets selling handicrafts and textiles.

Semuc Champey is one of Guatemala’s most famous natural monuments. Situated far from civilization and among thick forests, the monument is a 300m-long natural limestone bridge that sits atop the Cahabón River. On top the bridge, you’ll find natural turquoise pools that are perfect for swimming.

Yaxhá is a lesser-known Mayan archaeological site located 30km southeast of Tikal. It’s located in the middle of the forest and has over 500 ancient structures that are linked by causeways, including temples, ball courts, and various acropolises. If you climb the Temple of the Red Hands, you’ll enjoy 360° views of the surrounding jungle and Yaxhá Lake.

Top Activities and Experiences in Guatemala 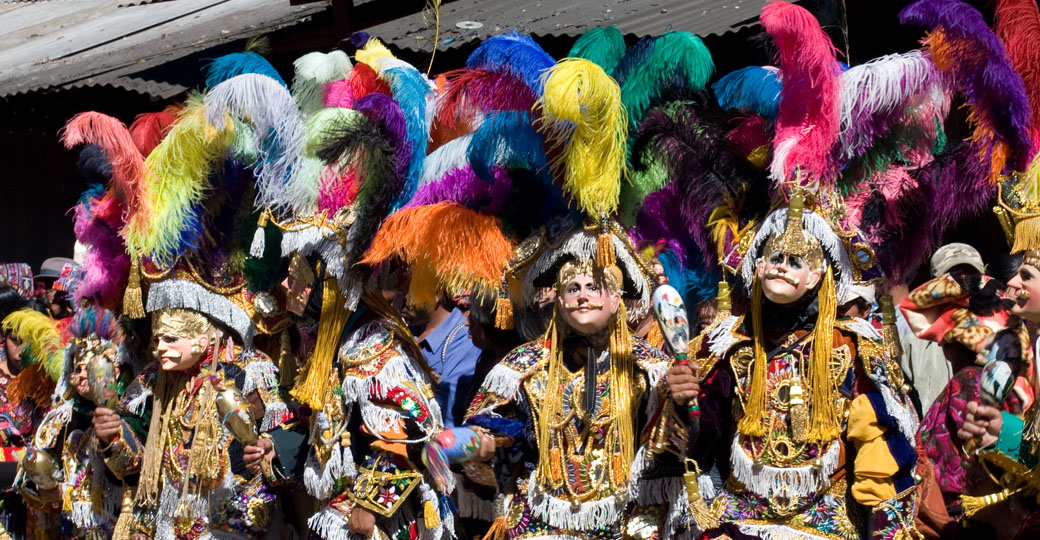 Head on a Jungle Trek

Due to the vast jungle and mountains in Guatemala, there are plenty of opportunities to go on a jungle trek. La Muerta and Nakbe are popular spots, as is El Mirador, where you can trek along ruins through the jungle. You can also hike the jungle-lined trails of Reserva Natural Atitlan, just outside Panajachel, which offers view of waterfalls and volcanoes.

Guatemala is home to hundreds of species of birds, with nearly 750 bird species recorded,  making it a wonderland for birdwatching. Biotopo del Quetzal is a nature reserve near the city of Coban where the national bird, the quetzal, can be spotted along with many other bird species. Lake Atitlan is also a great location to spot species like the cinnamon hummingbird.

Chichicastenango is a small Indigenous Mayan town surrounded by mountains and valleys riddled with charm emanating from its cobblestone streets, red tiled roofs, and colourful colonial buildings. The local market, held every Thursday and Sunday, is a great place to shop for colourful textiles, traditional clothing, and handicrafts. 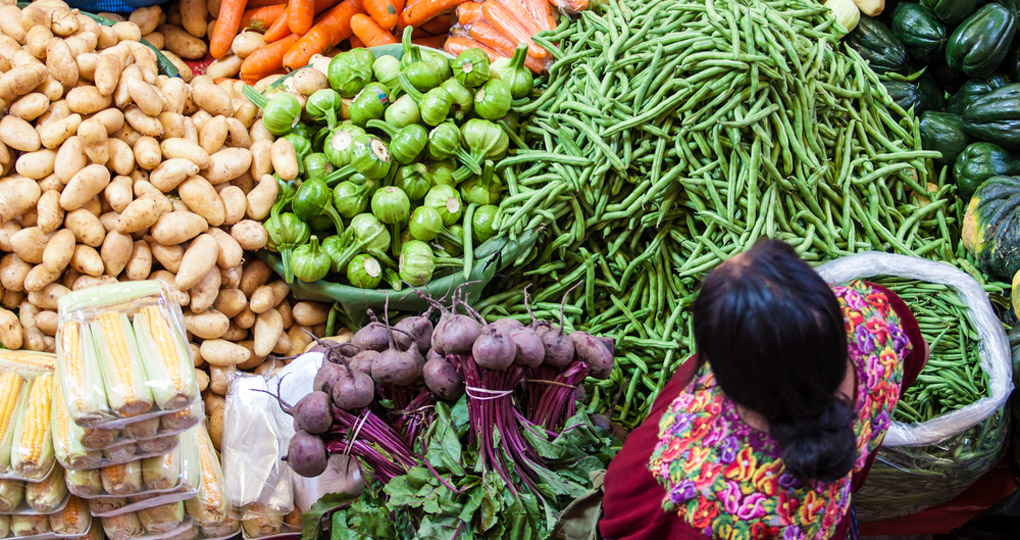 Pepian is considered Guatemala’s national dish and can be found in food stalls, restaurants, and home kitchens. It’s a rich stew made with chicken, beef, or pork (or all three) that is cooked with roasted vegetables, peppers, ground seeds, herbs, and spices. It can sometimes take up to 20 hours to make, but it’s worth the wait.

This vibrant, red tomato-based turkey stew is known for its spice and for its roots in Q’eqchi Maya cooking traditions. “Kaq-ik” means “spicy red” in the Mayan Q’eqchi language, and refers to the heat provided by the cobanero chilies added to the dish. The meal is usually served with an entire turkey leg in each bowl and sides of rice and tamales.

This street food is more of a sweet than savory meal. Typically, it’s a fried egg-shaped ball made with sweet plantains boiled in water along with cinnamon and filled with a sauce made from black beans, chocolate, cinnamon, and topped with sugar.

Typically found mostly in the Sacatepequez region, this drink is made with toasted corn flour and mixed with a variety of spices like vanilla, cinnamon, chia seeds, and agave and then served cold with plenty of ice. 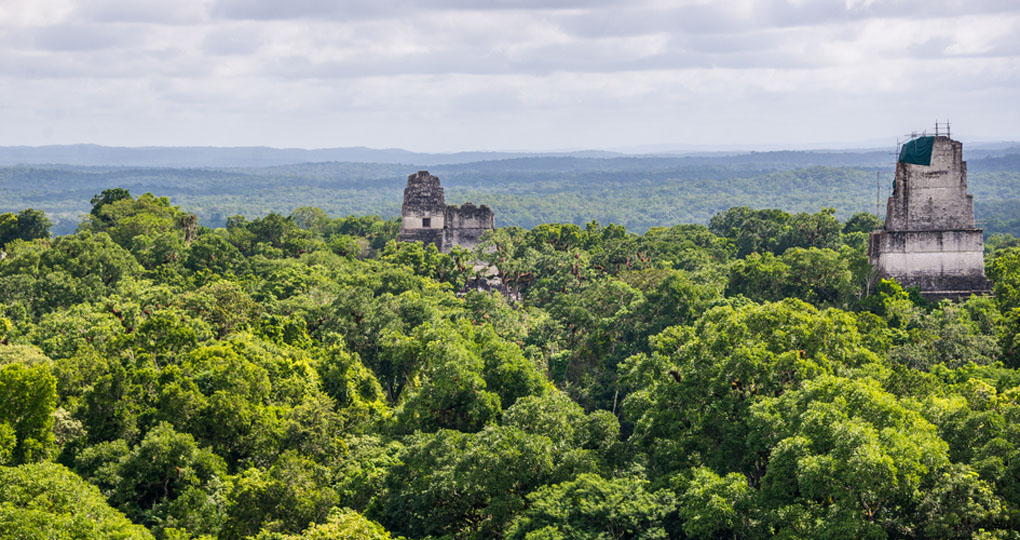 Book with tour operators that are dedicated to sustainable travel and committed to responsible and ethical practices. If you visit the jungle, try to do your best to avoid contaminating the area with waste or plastic water bottles. Try to use reusable straws, refillable water bottles, or water battles with filtration systems to reduce waste. Avoid using plastic bags and be sure not to purchase goods made from vulnerable animal species.

Due to its location in Central America, Guatemala allows for easy travel to several countries in the same region such as Honduras, El Salvador, Belize, and Mexico. It also works as a stopover country on a journey to South America.

Most Popular Itineraries for Guatemala

Antigua: Guatemala Stopover offers a 3-day stop in Antigua to explore the beautiful history and architecture of this colonial city, visiting sites like La Merced Church and the cathedral along with many other convents, cathedrals, and churches. Best of Guatemala is a 9-day journey through Guatemala that visits sites such as Tikal, Lake Atitlan, Antigua, and Chichicastenango.  Mayan Chichicastenango is a 3-day stop focused on spending time at the famous market and exploring the town of Chichicastenango. Panajachel and Lake Atitlan offers 3 days of exploring the beautiful lake of Atitlan, Panajachel, and the other unique villages surrounding the lake. Tikal Overnight Belize City is a 3-day stop exploring the monumental site of the Tikal Mayan ruins before connecting to Belize City.

A UNESCO World Heritage Site, Antigua Guatemala is famous for church ruins and a quaint colonial feel. The base for all journeys into Guatemala, you will find yourself not wanting to leave.

DELUXE | PRIVATE-GUIDED: Experience the highlights of this amazing country. These include Antigua, a charming Colonial style city, Chichicastenango, a small town with a mountain backdrop and a very special atmosphere, Lake Atitlan, a beauty spot and Tikal, one of the most amazing sites of the Mayan civilization.