Although Poland joined the European Union in 2004, it never adopted the Euro, instead using the zloty, which dates back to the 14th century. While major credit cards are widely accepted, it’s smart to keep cash on hand, especially outside of the major cities. ATMs are common everywhere.

Polish is the nation’s official language, which is similar to Czech and Slovak, as it belongs to the West Slavic group of languages. While there are over 20 other languages spoken in Poland, 97% of the population speaks Polish. Russian, German, and Ukrainian are also common. Some people in the largest cities speak English, but don’t expect everyone to understand you.

The best time to visit Poland is during the spring (March to May) and fall (September to November), when the weather is pleasant and there are fewer crowds. Summer is the most popular time to visit, as the weather is warmest, although it can be rainy. The winter months are less-visited but attractive, with skiing in the Tatra Mountains, skating in Warsaw, and hiking through beautiful spots in the Bialowieza Forest and Biebrza National Park. Also, don’t forget the incredible Polish Christmas markets.

Poland has cold winters and warm summers. In the north near the Baltic Sea, weather is cooler year-round. Winter (December to February) has the coldest temperatures, with January averages between –5°C/23°F and 0°C/32°F. Summer (June to August) sees temperatures around 23°C/73°F.

The ideal traveller to Poland is someone looking for a mix of history, art, and culture. The large landscape also has a variety of natural attractions. The history of World War II is especially fascinating here, as are the medieval town squares and cultural artifacts across the nation. 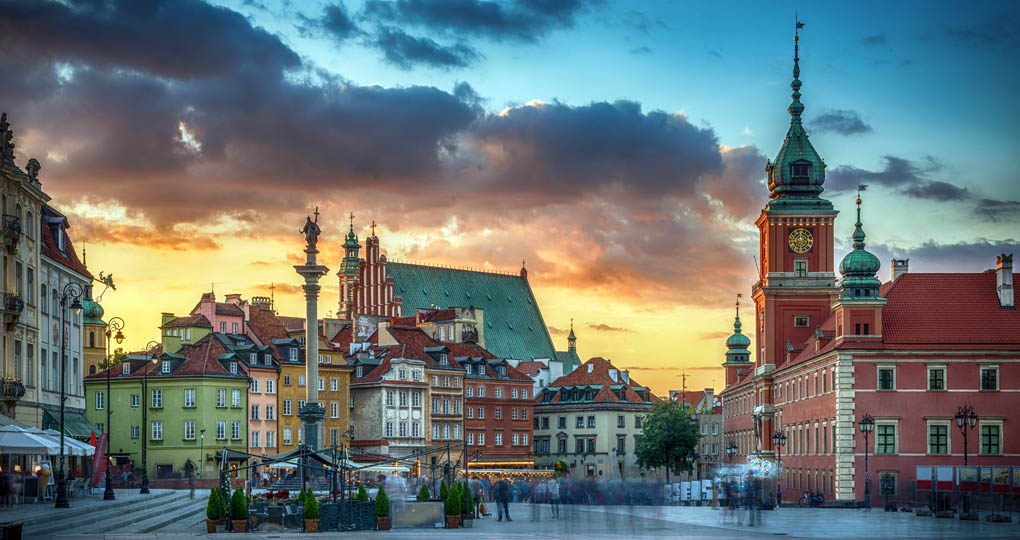 The largest airport is located in Warsaw Chopin Airport, which is located 10km/6mi outside of the city centre. Krakow and Gdansk also service several airlines both internationally and domestically.

There are no direct flights to Warsaw, so travellers need to connect through a major European centre such as Frankfurt and Amsterdam aboard British Airways, Delta, Lufhantsa, KLM, and Swiss Air.

There are no direct flights to Warsaw from Canada, so travellers need to connect to a major European gateway before continuing on to Poland. 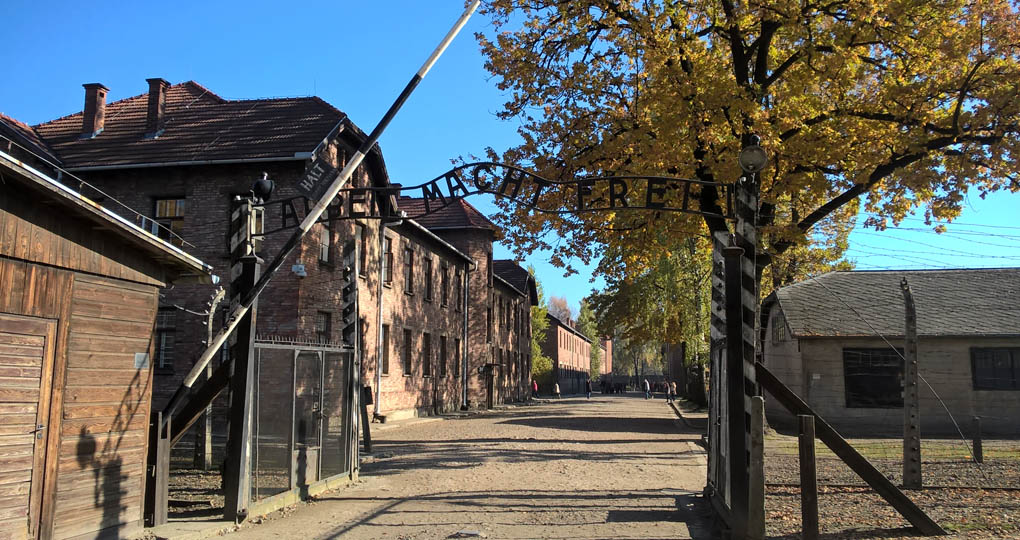 Krakow is Poland’s most popular city, a medieval centre dating back to the 7th century. The beautiful old town mostly escaped bombing during World War II, so its historical buildings are largely preserved. Market Square (Rynek Glowny) is the largest medieval market square in Europe and the unofficial centre of the city. From there, travellers can easily explore the Jewish Quarter and Wawel Castle on foot.

Built in the beautiful village of Oswiecim, Auschwitz-Birkenau was the largest of the Nazi concentration camps, where over a million Jews were executed during World War II. Today, the camp is preserved as a memorial to the Holocaust and a sobering reminder of the horrors of genocide and war. The museum itself administers all tours, taking visitors on a sombre journey through the original camp blocks, barracks, and gas chambers.

Warsaw was once called the “Paris of the East'' and was considered one of Europe’s most stunning cities, but was mostly destroyed during World War II. After the war, the Polish government painstakingly rebuilt the city, with a magnificent restoration project recapturing its medieval glory. Today, the city is an appealing modern capital, with historical reconstructions and modern urban pleasures to enjoy.

While Gdansk doesn’t attract as many visitors as Krakow and Warsaw, it’s an appealing city, with some of the best museums in the country, including Malbork Castle, which is one of Europe’s largest castles. It’s also renowned for its culinary scene and seafood restaurants.

Other Highlights of Poland Off the Beaten Path 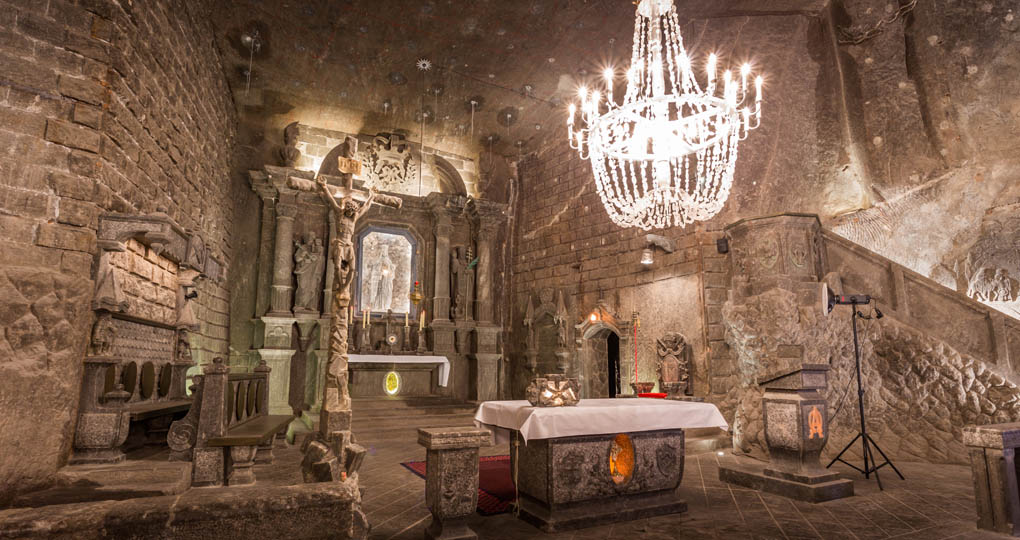 While most of Poland is flat, the far south rises into the Carpathian Mountains, the highest mountain range in Central Europe. This mountainous region is perfect for hiking, cycling, and skiing, offering a natural counterpoint to the historic cities of the rest of the country.

Hiter’s top secret military headquarters is hidden deep inside Gierloz Forest. Hitler spent 800 days here during the war and although the Nazis attempted to destroy the complex near the end of the war, the heavily-fortified buildings withstood demolition. Today, the site is a fascinating World War II museum that lets you learn about Hitler’s secret plans as well as Operation Valkyrie, a German resistance plot that attempted to kill Hitler at the Wolf’s Lair in 1944.

Until its commercial operations ceased in 1996, Wieliczka was the world’s oldest and longest-operating salt mine. It dates back to the 13th century and is only 20 minutes outside of Krakow. Travellers can head underground to explore the massive tunnels and corridors of the mine, including the Chapel of St. Kinga, a church sanctuary carved from the salt. The clear air in the mine is also known for its medicinal properties.

This small town in southwestern Poland is home to the Skull Chapel, a late 18th-century chapel made up of 21,000 pieces of human bones from the 30 Years’ War and various cholera outbreaks. Today, the chapel is a macabre tourist attraction.

Top Activities and Experiences in Poland 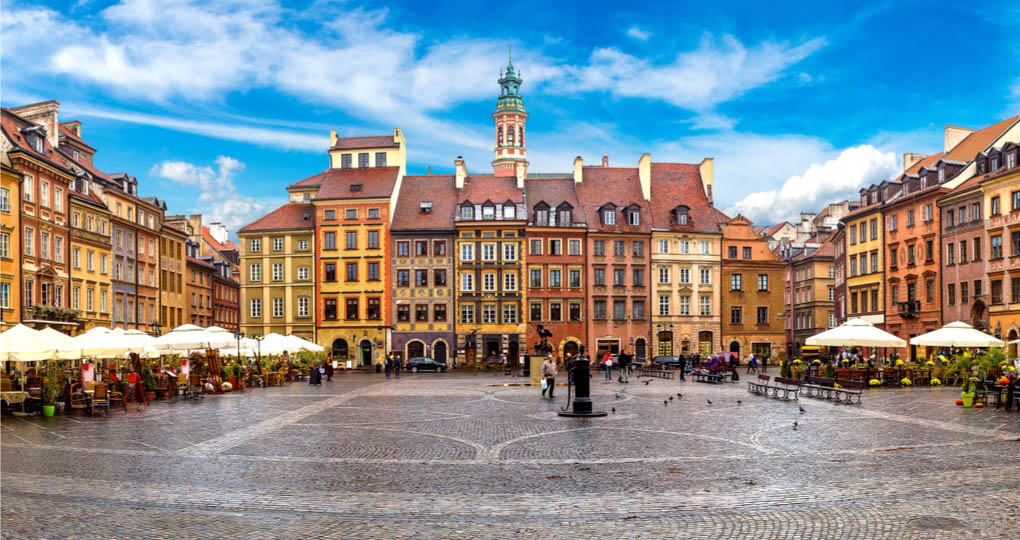 The former factory of Oskar Schindler, who saved over 1,100 Jews from the gas chambers during World War II—an act of heroism popularized by Steven Spielberg’s Oscar-winning film— is now home to the Museum of Contemporary Art and the Historical Museum of the City of Krakow. A visit allows you to learn about this important piece of local history as well as enjoy world-class exhibitions.

From August to October 1944, the Polish resistance attempted to oust the German army from Warsaw and take control of the city prior to Soviet liberation. Known as the Warsaw Uprising, this failed attempt is recreated at the Warsaw Rising Museum, which charts the history of the uprising through audio recordings, historical replicas, and artifact displays. The memorial wall at Freedom Park displays the names of 11,000 Polish soldiers killed during the uprising.

Warsaw’s Old Town Market Square is the oldest and most picturesque part of the city. Originally constructed in the 12th century and reconstructed after World War II, this avenue of shops, restaurants, art vendors, and souvenir stores is a perfect place to spend an afternoon. The Market Square is also home to the Historical Museum and the Museum of Literature. 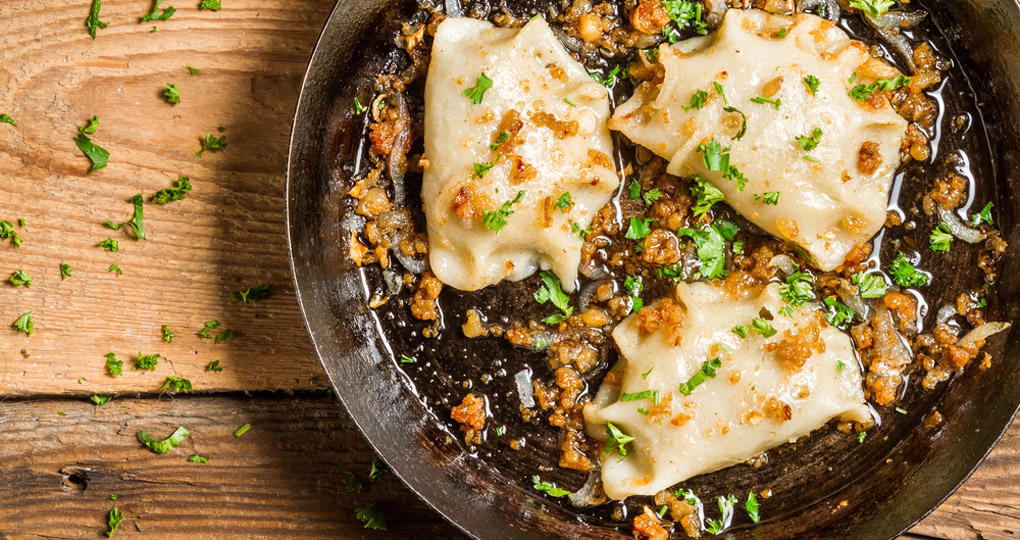 While most Eastern European countries have their own versions of the pierogi, this dish remains the most recognizable Polish food. These dough dumplings are stuffed with a variety of fillings, including potatoes, cheese, onions, mushrooms, or sweet fillings like cherries and apples. They’re either boiled or fried and served steaming hot, accompanied by sour cream.

These potato pancakes are another common Central and Eastern European dish that’s beloved in Poland. For Catholics, these grated potato pancakes were traditionally a common Friday meal as a substitute for meat, while Jews often served them during Chanukah. Today, they’re beloved by all and served with sour cream, apple sauce, or jam.

This Polish poppy seed cake is a traditional Christmas and Easter dessert. This rolled cake has poppy seed paste layered between soft dough. Raisins, almonds, honey, and orange peel are often added to the layers as well.

Paczki, simply put, are Polish donuts. They are probably the most famous of all dessert items to come from Poland and enjoyed in some form around the world. They are deep fried donuts filled with custard or sweet preserves. They are traditionally served on the Thursday before Ash Wednesday at the beginning of Lent. 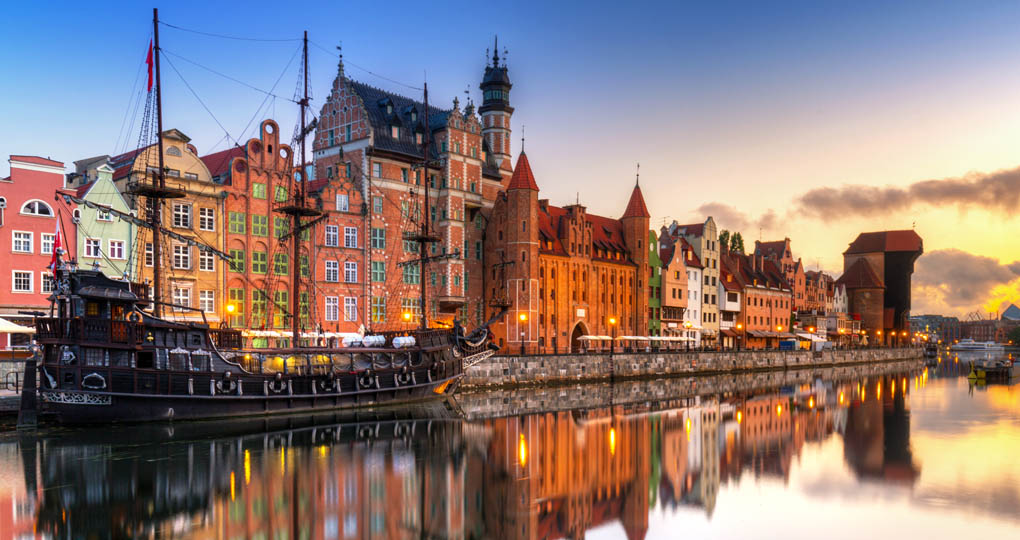 Transportation within Poland relies on trains, buses, and lastly cars. Rail travel through the major cities is reasonably priced, convenient, and mostly reliable. Buses are a secondary option to take you to smaller towns. Rely on public transportation in the cities to cut down on your carbon footprint. When visiting national parks and nature reserves, avoid picking wildflowers and stay on trails to reduce your impact.

Poland is a country that opens the door to travel to many other areas of Europe. The easiest way to travel between the countries is on a small group tour or with a private guide. Travellers have the options of heading west and connecting to Germany, the Czech Republic, and Austria. Travellers can also head north to pair Poland with the Baltic States of Lithuania, Latvia, and Estonia. Poland is also a common jumping off point for a journey through Eastern Europe.

Most Popular Itineraries for Poland

Best of Warsaw and Krakow pairs together Poland’s two most popular cities for an ideal introduction to the nation. It also includes a visit to Wieliczka Salt Mine and Auschwitz-Birkenau. Discover Warsaw, Berlin and Prague takes travellers through three Central European capitals, with additional stops in Poznan and Dresden. Highlights of Berlin, Prague, Krakow, and Warsaw extends the trip by including Krakow, as well as a cruise along the Vltava River and a visit to Auschwitz-Birkenau.

DELUXE | PRIVATE-GUIDED: Explore two of Poland’s finest cities on this privately-guided journey to Warsaw and Krakow. Get to know Warsaw’s reconstructed old town and see Wilanow Palace and Lazienki Park, before heading to Krakow to tour Wawel Castle, visit the nearby Wieliczka Salt Mine, and pay respects at Auschwitz-Birkenau.

MODERATE | ESCORTED COACH TOUR: Explore some of Central Europe's most captivating capitals. This escorted coach tour offers city tours of Warsaw, Berlin, and Prague, with additional stops in the beautiful cities of Poznan and Dresden. Guided tours take you to all the key sights, but you'll also enjoy time on your own to discover these great destinations.

FIRST-CLASS | PRIVATE-GUIDED: Explore Central Europe on this 11-day, tailor-made trip through Germany, Czechia, and Poland. Stay in first-class accommodations as you explore Berlin and the beautiful Sanssouci Palace, cruise the Vltava River in Prague, visit Auschwitz-Birkenau Concentration Camp near Krakow, and relax in the Polish capital Warsaw.