The official currency of Jordan is the Jordanian dinar (JD). The Euro and US dollar are also accepted in some tourist establishments. While credit cards are accepted in larger centres, cash is still king. ATMs are common in banks, airports, and major malls and hotels.

The people in Jordan speak Arabic with a Jordanian dialect. English is common among tourism professionals and many young people in the cities, but don’t expect locals to speak it. Even knowing just a little bit of Arabic is helpful as it’ll ingratiate you to locals and help you get around.

Jordan is warm year-round, making it a convenient place to travel at all times of year. However, in the summer, the southern region around Wadi Rum and Aqaba can get incredibly warm. For travellers used to cooler climates, September through April is the best time to visit. Christmas and Easter are especially popular times to visit as they overlap with significant Christian festivals.

Jordan has a warm, dry climate, with hot summers and mild winters. The summer months are especially hot, with average temperatures reaching 30°C and beyond. Spring and fall offer cooler temperatures with an abundance of sunshine. Winter is still comfortable, although evenings can grow cool in the desert. Some regions even experience snow in the winter.

Jordan is especially appealing to history buffs and people who love the outdoors. The capital of Amman and other sites like Petra and Aqaba offer a wealth of historical attractions that rank among the world’s best. Travellers can also hike through Wadi Rum and float in the Dead Sea, experiencing two iconic natural environments. 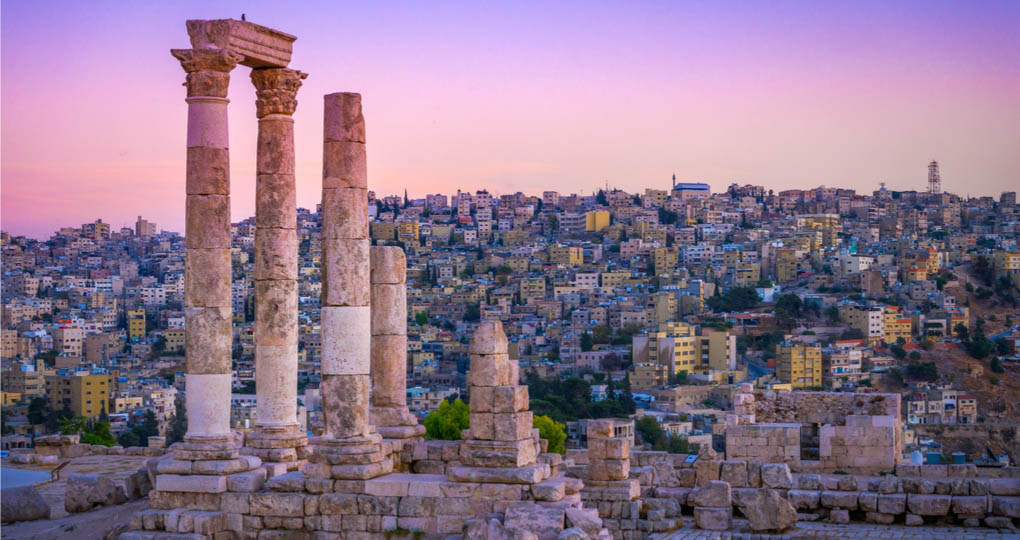 The major airport in Jordan is Queen Alia International Airport (AMM) in Amman, which serves as the primary hub for Royal Jordanian Airlines and most international airlines. The airport is located 40 minutes outside the city.

Travellers can connect to Amman with nonstop flights from New York, Chicago, and Detroit. Travellers can also connect through major gateway airports in Europe or the Middle East.

Montreal has nonstop flights to Amman. Travellers heading through Vancouver and Toronto will have to connect via one other gateway city, whether in the USA, Europe, or the Middle East. 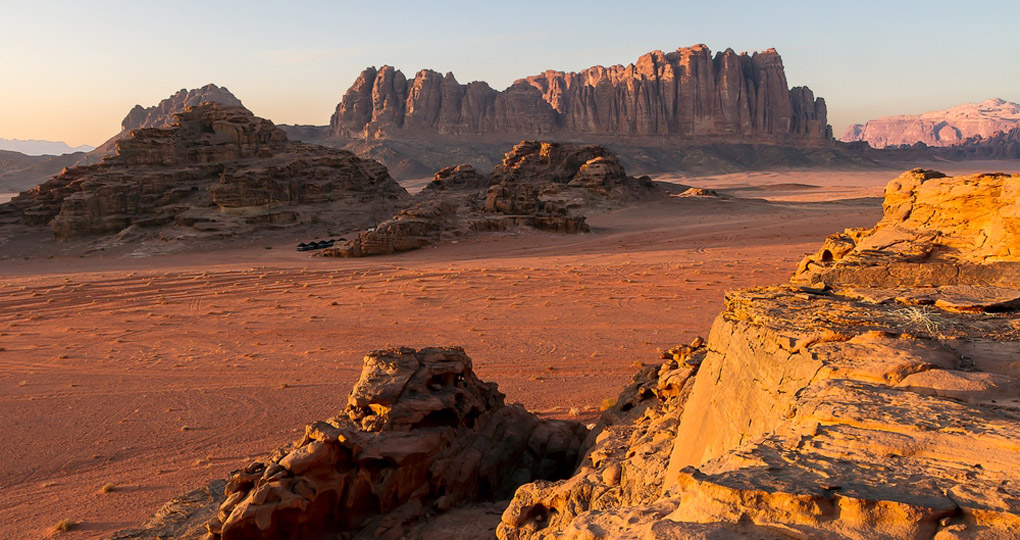 The Jordanian capital is a stunningly designed city with a long history going back thousands of years. The city’s many historical attractions reach their peak at the Roman Citadel that overlooks the city from the hillside. In addition to ancient landmarks, the city is renowned for its monochromatic design and excellent cuisine.

This ancient archaeological site in the southwest dates back to 300 BC and is located in a narrow canyon. The intricately-designed Treasury is among the world’s greatest architectural marvels as it’s carved out of the cliff face and has an ornate facade. It’s common to ride a camel into the canyon of Al Siq to enjoy your first views of the temple.

This salt lake sits on the border with Israel and marks the lowest spot on the Earth’s surface. The mineral-rich waters combined with the low altitude makes the Dead Sea a natural marvel. If you head into the water, the salts will cause you to float. The minerals and mud also have medicinal properties.

This desert valley in the country’s south is also known as the Valley of the Moon. It captures Jordan’s typical red brick desert landscape, with sandstone mountains cut by narrow canyons and bright expanses of desert. It’s a popular movie filming location, with Lawrence of Arabia and the recent Star Wars movies shooting here.

Other Highlights of Jordan Off the Beaten Path 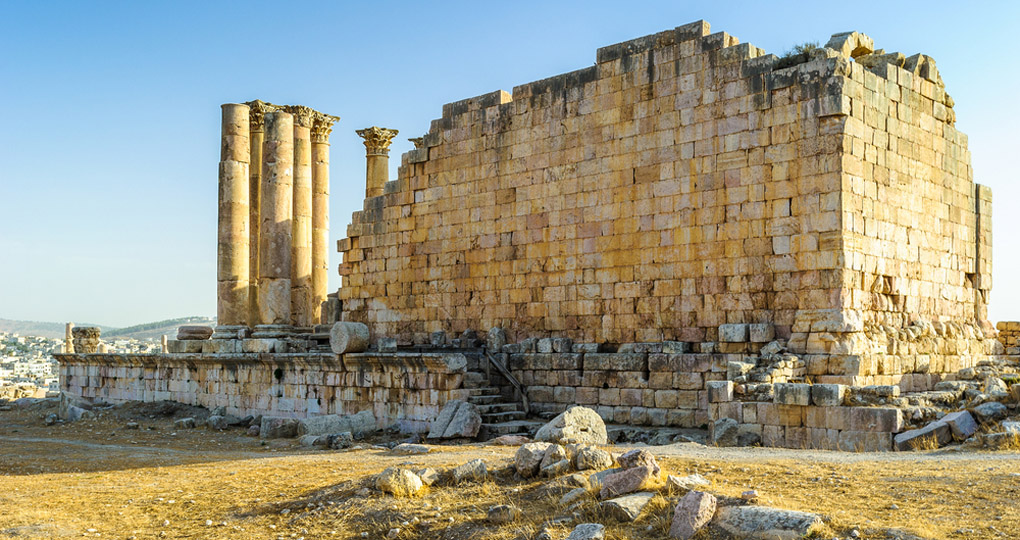 This coastal city is the largest on the Gulf of Aqaba and is a major tourism centre, being the gateway to Wadi Rum and Petra. The city’s resorts are popular among the local elite, while the Fortress of Aqaba offers a historical reminder of past conquests, including the famous World War I siege of the city by T.E. Lawrence, a.k.a. Lawrence of Arabia.

This ancient city is set between valleys in the heart of the country’s cropland. It was once a wealthy Roman centre, but was destroyed by an earthquake in the 8th century, preserving many of the ruins to this day. Its archaeological sites including Hadrian’s Arch and the Hippodrome offer insight into Jordan’s past. It’s arguably the best-preserved Roman archaeological site in the world.

This small town personifies the country’s diverse cultural history. The Muslim and Christian communities of the town have filled it with lovely mosques and churches. Its most famous historical artifact is a 6th century map of the Holy Land. Today, it’s a great place for a walking tour.

Top Activities and Experiences in Jordan 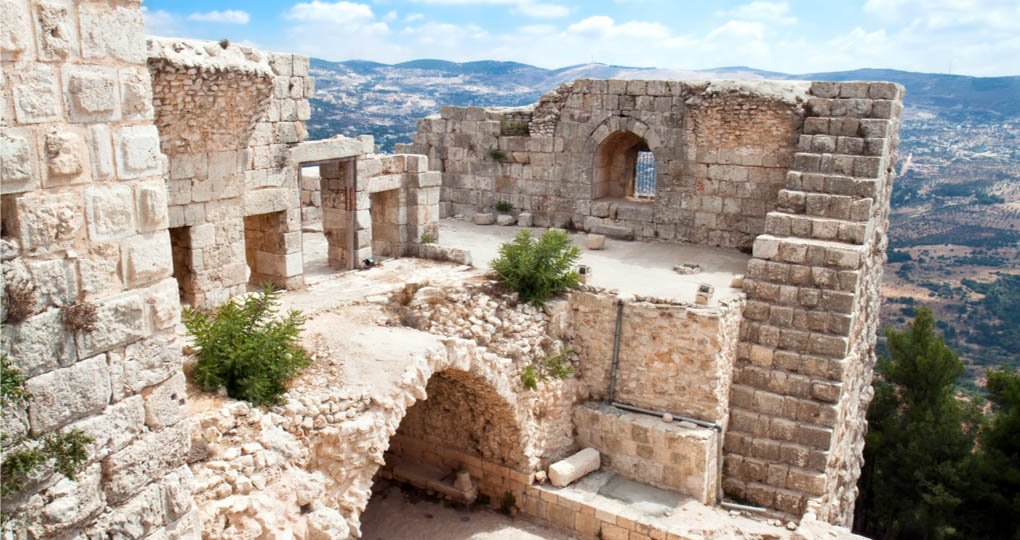 You’ll find hundreds of local species of plants and animals in this nature reserve located in the south-centre of the country near the village of Dana. The rocky landscape is stunning, as are the rare species such as Nubian ibex and kestrel that live within the park. Adventurous travellers can ride a zip-line into the park or hike to Dana Village.

Enjoy the View from Umm Qais

This ancient hillside city on the border with Israel and Syria offers stunning views of the landscape. You can spot the Sea of Galilee and Golan Heights on a clear day. The hilltop is also home to Roman ruins built atop an ancient Ottoman village. Some ruins, including a theatre, are preserved to this day.

There are several ancient castles across Jordan, including Qasr Kharana, located outside Amman, Qasr Amra in the country’s east, and Kerak Castle, the site of a key crusader battle in the 12th century. Not only are the castles well-preserved due to the dry climate, but they offer fascinating insights into the country’s long history. 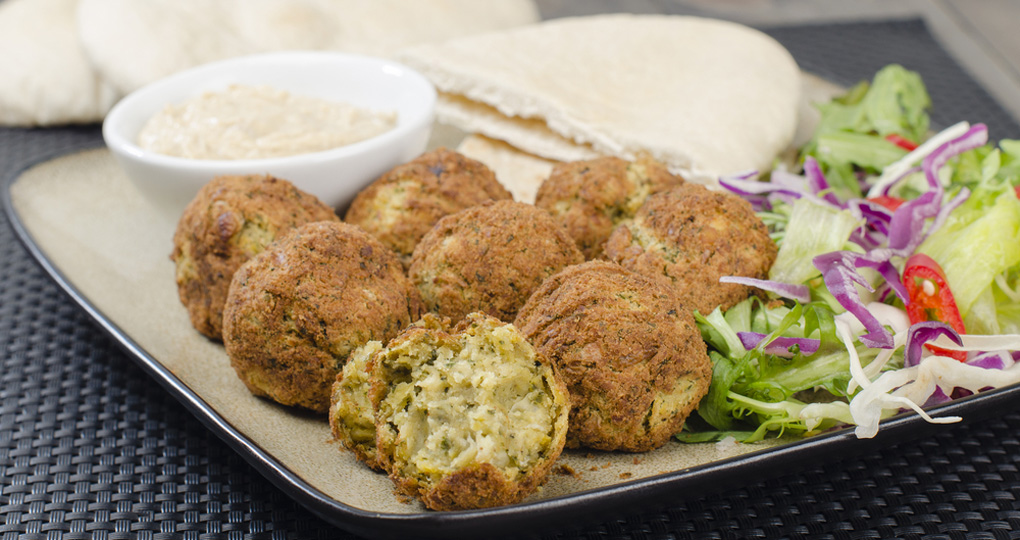 These fried balls of ground chickpeas are a popular dish across Jordan, either as a street food snack or a breakfast food. They’re often served in warm pita along with mint, onion, and tomatoes.

Like their Middle Eastern neighbours, Jordanians love shawarma. This dish of meat (beef, lamb or chicken) cooked on a spit and served with vegetables in pita or on small buns is popular in fast food joints and fine dining establishments alike.

This communal platter of meat, flatbread, and rice is a traditional sit-down meal for Jordanians. Alongside family or friends, you share the meat along with a variety of nuts and jameed, a yogurt-based dipping sauce.

This slowly-simmered rice dish of chicken, potatoes, and vegetables is all about the presentation, where a waiter overturns the finished dish on the diner’s plate, resulting in a solid cake of rice with hidden meat and vegetables. It’s a popular restaurant dish.

In any marketplace across Jordan, you’ll find toasted nuts being cooked in giant tumblers alongside spices, sugar, and salt. There are savoury nuts and sweet nuts of all varieties. Jordanians usually eat the nuts alongside dates, which offers a satisfying combination of salty and sweet. 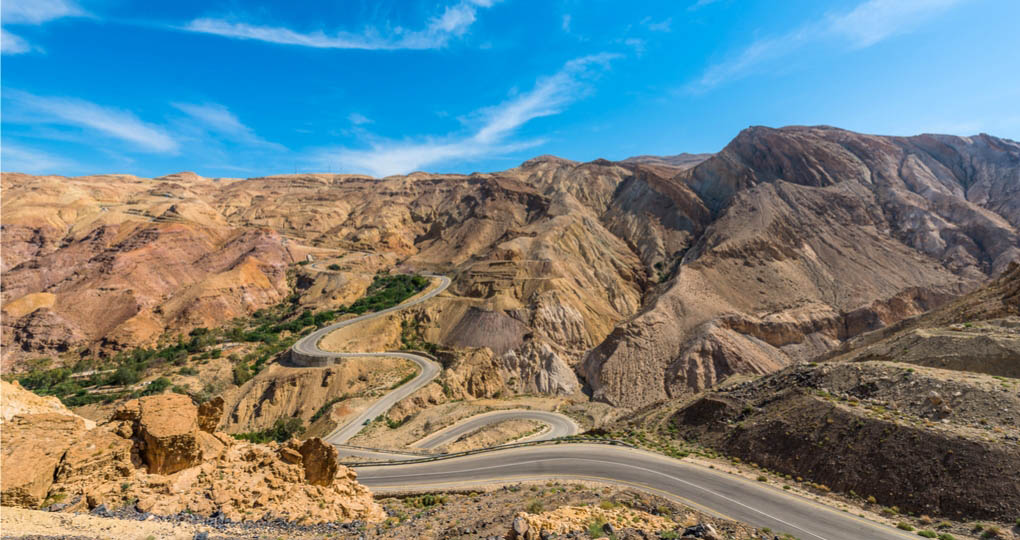 It’s important to respect Jordan’s customs and natural environment when visiting the country. Avoid using plastic bags, pack a refillable water bottle, and take advantage of public transportation in the large cities. When you visit natural reserves such as Dana and Wadi Rum, be sure to avoid walking off marked trails and take waste with you. Also, be sure to patronize local establishments to make sure that tourism dollars stay within the community.

Considering that Amman has several international connections, it’s easy to combine Jordan with another destination, either in the Middle East or Europe. You can venture into neighbouring Israel or pair Jordan with Egypt for a thorough exploration of ancient history. You can also use Jordan as a jumping off point for a trip to East Africa for a safari or use it as the capstone for a trip through Western Europe.

Most Popular Itineraries for Jordan

Wonders of Jordan is an ideal introduction to the nation, taking travellers to the capital, Amman, the Dead Sea, the ruins of Jerash, magnificent Petra, and finally Wadi Rum. Jordan Treasures goes deeper into the country’s history, focusing on Wadi Rum, Jerash, and Petra, in addition to historical sites such as Aqaba and Mabada. Pyramids to Petra combines Jordan with Egypt for a fascinating journey through the past. Spend 14 days on a trip that starts in Egypt and takes in the pyramids and a Nile cruise before heading to Jordan to see Petra and explore the capital Amman.

MODERATE | ESCORTED COACH TOUR: Sample the highlights of Jordan on this incredible journey through the country. Starting in the capital, Amman, you’ll tour the country to float in the Dead Sea, explore ancient Greco-Roman ruins at Jerash, marvel at the majesty of Petra, and experience the iconic desert at Wadi Rum.

DELUXE | ESCORTED COACH TOUR: From the magnificent Nabataean city of Petra to the spectacular Greco-Roman ruins of Jerash and Lawrence of Arabia’s famous Wadi Rum, the unique Kingdom of Jordan will enthrall you.

DELUXE | PRIVATE-GUIDED: From Pyramids to Petra, this exceptional 13 day itinerary gives you a unique opportunity to discover the immense heritage and rich history of two interesting countries, Egypt and Jordan.