The official currency of Denmark is the Danish Krone (DKK), not the Euro, even though Denmark is in the EU. Debit and credit cards are accepted throughout the country, so you may not even need to take out cash during your visit. If you do, you can easily withdraw cash at any of the many ATMs across the country.

The official language of Denmark is Danish. English is widely spoken, meaning you won’t have any communication issues during a visit.

May to September are the warmest months in Denmark and the days are the longest. However, rates are also at their highest. If you want to save on accommodations and enjoy fewer crowds, early spring and late autumn offer great alternatives. Winter brings few visitors, except around the Christmas holiday season.

Denmark has mild winters that average around 2°C/35°F and cool summers that hover around 17°C/63°F. Temperatures rarely crack 30°C/86°F, even on the hottest summer days. Rain is common in the nation, so dress appropriately.

Denmark may be a small nation, but it has an abundance of culture, culinary treats, and beautiful coastal landscapes. The country is more expensive than most, so it’s important to keep budget in mind when travelling, but the service and quality of goods match the price point. 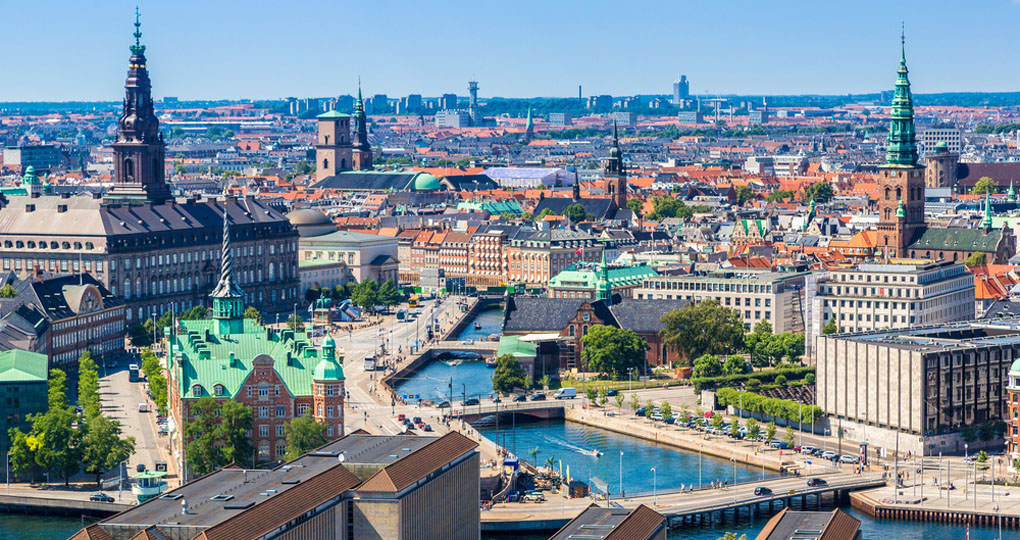 Copenhagen (CPH) and Billund (BLL) are the major airports in Denmark. Copenhagen is a major Scandinavian gateway, offering a natural stop between Scandinavia and the rest of Europe.

There are nonstop flights to Copenhagen from New York, Chicago, and other major American cities. You can also easily connect through major Europe hubs like London and Amsterdam. 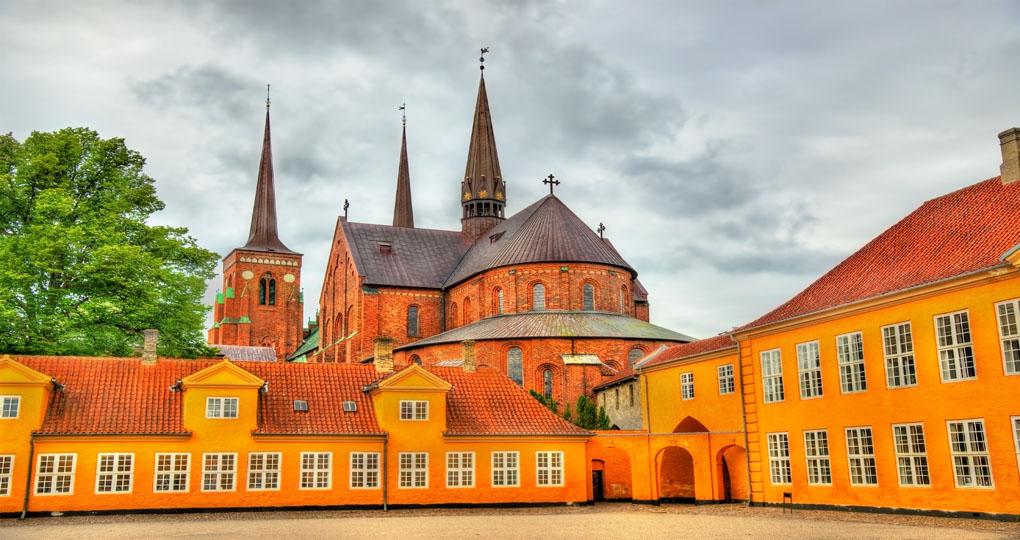 Copenhagen is often considered the happiest city on the planet and one of the most charming capitals in Europe. It has some of Scandinavia’s best cafes and restaurants, as well as popular attractions like Nyhavn Harbour and the Little Mermaid Statue, Tivoli Gardens, and the Viking Museum.

Billund is best known as the birthplace of LEGO and the location of the LEGO Museum, which charts this iconic toy’s history. But it also has a gorgeous waterfront promenade and other attractions that make it more than a must-see destination for kids of all ages.

Roskilde has roots in Viking culture and the royal family. The Viking Ship Museum sheds light on the Age of the Vikings and their maritime culture. The Gothic Roskilde Cathedral is the resting place of many Danish kings and queens. The town also hosts a popular music festival each year.

Other Highlights of Denmark Off the Beaten Path 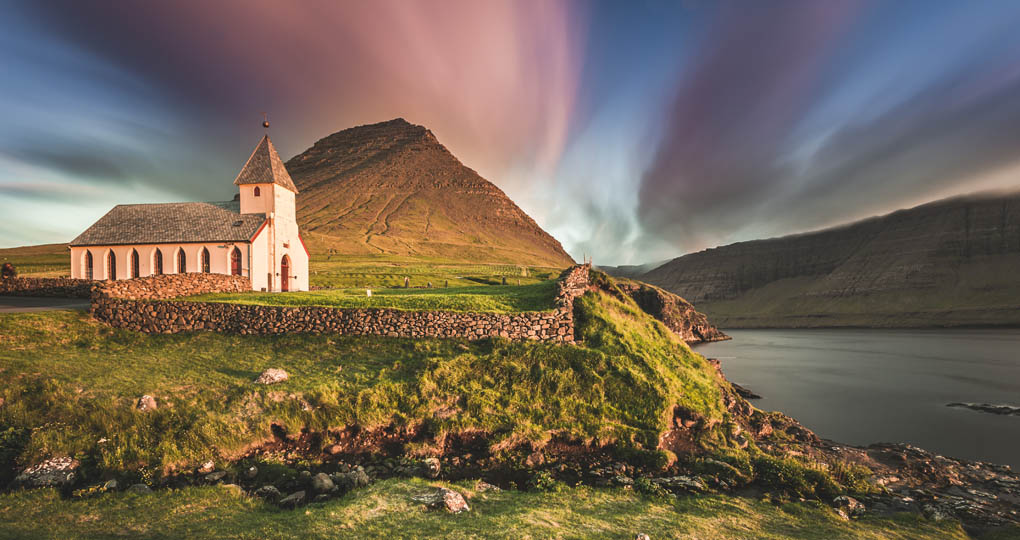 This stunning castle just outside of Odense is arguably one of Europe’s best preserved castles. It dates back to the 16th century and now houses a museum that sheds light on its function over the years. The castle and its surroundings are a great day trip option for families.

These remote islands located 600km west of Norway are known for their rocky coastlines and pastoral meadows home to flocks of sheep. The Faroes offer travellers the chance to embrace a slower pace and wander among rolling hills and alongside dramatic coastal landscapes. Summer in the Faroes bring with them music festivals and village celebrations. In the winter, the landscape is more wild, offering an escape at the spot where the North and Baltic Seas meet. The islands are also among the world’s best for birdwatching.

Skagen is the northernmost town in Denmark, located on the meeting point between the Skagerrak Strait and the Kattegat Sea. The natural confluence of the waterways results in a massive sandbar beach, Grenen, that stretches out into the water and attracts millions of tourists every year. 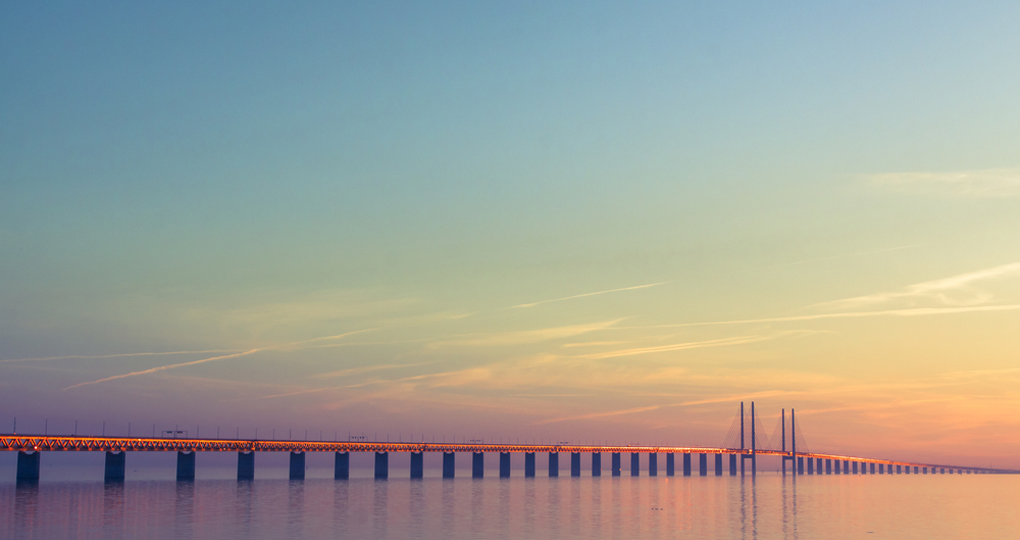 Sail on a Viking Ship

The Viking Ship Museum in Roskilde delves into the history of these maritime conquerors. The town also offers visitors the chance to ride a reconstructed longboat along the Roskilde Fjord. Between May and September, you can arrange for a one-hour ride aboard a Viking longboat to enjoy a journey back in time.

Ride a Train Under the Sea

The Oresund Bridge connects Sweden and Denmark through an overwater bridge, island transit way, and underwater tunnel. You can easily ride the train through the underwater tunnel to connect onward to Sweden, experiencing one of the most unique transit corridors in all of Europe.

Hike to a Buried Lighthouse

The Rubjerg Knude Lighthouse is an abandoned station set alongside dramatic sand dunes. Each year, the dunes encroach higher up the lighthouse, gradually burying it in the sand. The lighthouse makes for a great hiking destination. See it while you can! 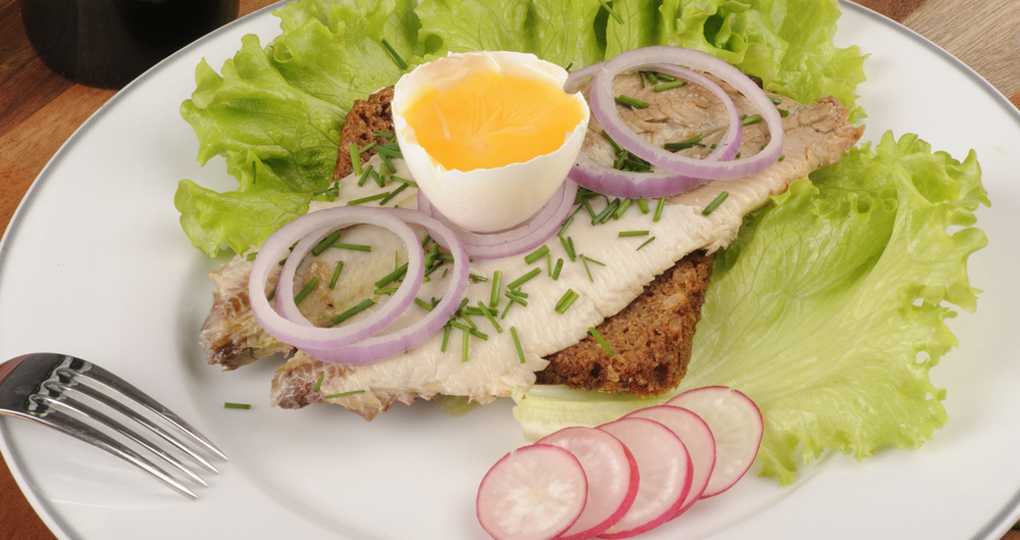 The open-faced sandwich is a staple of Danish cuisine. Typically a lunch dish, this sandwich consists of a heavy piece of dark Danish rye covered with various cold cuts or pieces of cured fish.

No Danish meal is complete with a side of kartofler or cooked potatoes. Typically, potatoes are boiled and fried or mashed and served with most home meals or restaurant dishes. Often, the potatoes are fried with sugar that helps the potatoes caramelize to perfection.

Known as a “Danish” in North America, wienerbrod is essentially a Danish croissant, a crisp pastry typically filled with a mixture of creamed butter and sugar. Toppings can vary and almost all of them are delicious. Pair a wienerbrod with your morning coffee or cap off a meal out with a pastry from the local bakery.

This mulled wine is a popular Christmas drink in Denmark. It’s wine simmered with spices, lemon and orange peels, and bits of almonds and raisins. The mulled wine steeps for a few days and is then served warm. If you visit during the winter months, be sure to enjoy a glass to glogg to warm up after a chilly day. 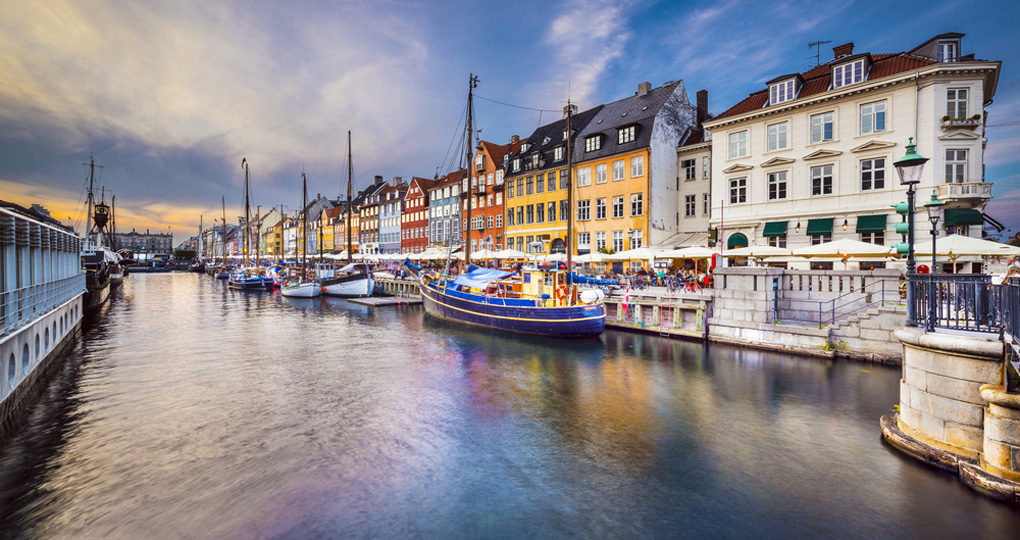 Denmark takes sustainable travel very seriously and prioritizes sustainable waste management, green energy, and public transportation across the nation. Copenhagen is working to become the world’s first carbon-neutral capital, while the entire nation hopes to be free of fossil fuel by 2050. When travelling in Denmark, it’s easy to bike around cities or ride public transportation of electric buses to connect between neighbourhoods. Many accommodations prioritize solar energy and other sustainable power sources, such as green roofs, to maintain their infrastructure. In Denmark, you need only take advantage of the abundant sustainable travel options available to you. The country does most of the heavy lifting.

Most Popular Itineraries for Denmark

Discover Copenhagen offers a short introduction to Denmark’s colourful capital, including a harbour cruise and day trips to nearby castles in Frederiksborg and Helsingor. Highlights of Copenhagen extends the stay in Copenhagen and connects into nearby Malmo for a taste of Sweden. Denmark Self Drive: Copenhagen, Roskilde, Odense & Arhus is the best way to see the whole country at your own pace. Drive a rental car from the capital to the fairytale city of Odense, LEGO Museum in Roskilde, and the museums of Arhus.

MODERATE | TAILOR-MADE: Discover Denmark’s colourful capital with a boat tour showing a different perspective of Copenhagen Cruise in its harbour and through its network of attractive canals. Also visit two of Denmark’s famous castles in Frederiksborg and Helsingor to complete your stopover.

FIRST-CLASS | PRIVATE-GUIDED: Get to know the vibrant and colourful city of Copenhagen and visit neighbouring Malmo in Sweden. Tour grand canals, discover the culinary highlights of the Danish capital, and come to appreciate why Copenhagen consistently ranks among the world's most livable cities.

MODERATE | SELF-DRIVE: Denmark is a land of fairy tales, boasting colourful harbours, charming timber houses and impressive royal palaces. Visit the royal palace in Copenhagen, celebrate the fairy tales of Hans Christian Andersen in Odense and get your fill of museums in Arhus.