The official currency of Egypt is the Egyptian pound (EGP). US dollars and Euros are also accepted in some tourist areas. While credit and debit cards are accepted in some major hotels and restaurants, cash is still preferred in Egypt, so be sure to take out cash at an ATM, which are common in shopping malls, hotels, and banks.

Arabic is the official language of Egypt. Tourism professionals and many young people in the major cities also speak English, but you can never assume. Knowing a little bit of Arabic, even just “hello” and “thank you,” can go a long way in ingratiating yourself to the locals.

The summer months are especially hot in Egypt, so the rest of the year is preferable to visit. That being said, there are things to do in Egypt across all seasons. September through April is the most popular time to visit, with the holidays of Christmas, New Year’s, and Easter also attracting large crowds.

Egypt has hot summers and mild winters. From May to August, temperatures regularly exceed 30°C/86°F, so it’s important to stay hydrated and avoid the heat of the day. September, March, and April are more pleasant, with warm temperatures but less extreme heat. The winter from October through February is cooler in the evenings, but still warm in the south. Rain is not common in Egypt.

While Egypt is one of the world’s go-to bucket list destinations, it’s especially appealing to history buffs, who can explore the pyramids and other wonders of the ancient world. The country also has appealing beach resorts and celebrated restaurants, so culture lovers and travellers wanting a warm vacation will also find a lot to like. 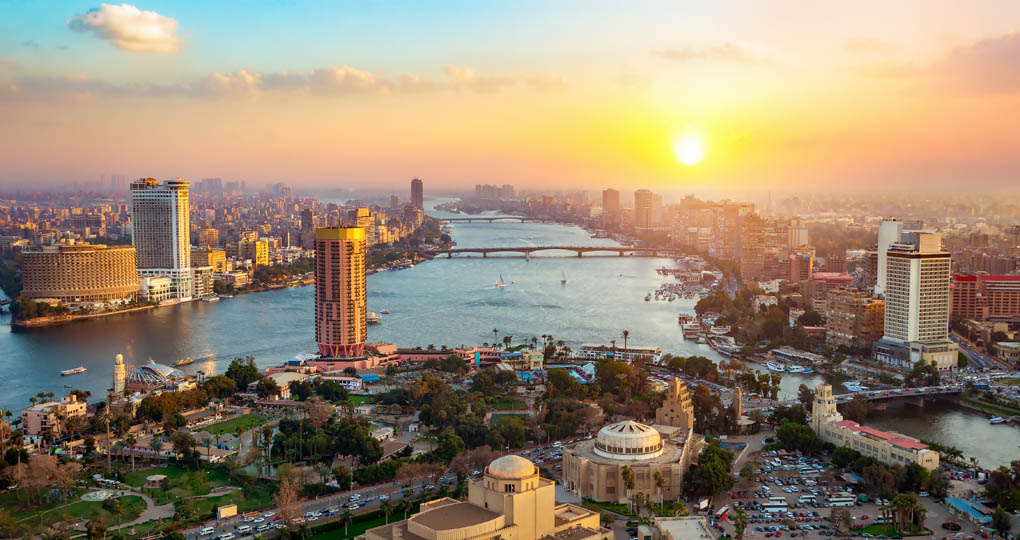 Cairo International Airport is the busiest airport in the country, serving as a hub for the Middle East. It’s located around 15km/9mi outside of town, although heavy traffic can make it seem further from the city than it is.

There are seasonal direct flights from Canada to Egypt. Most flights connect through New York or a European gateway city such as London. 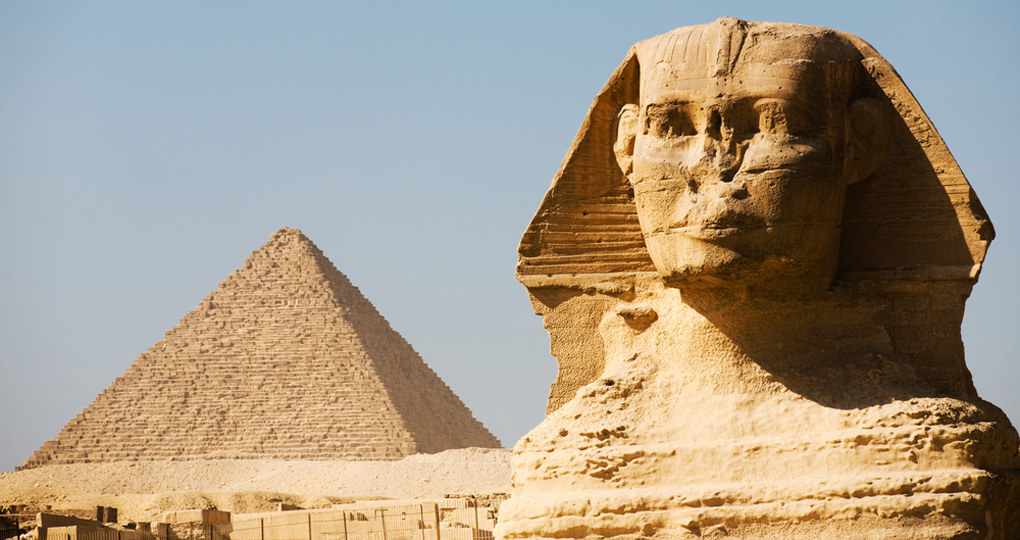 Cairo is Egypt’s capital and the largest city in the Middle East. The city is famous for its bustling marketplaces, medieval palaces, and stunning relics of Ancient Egypt, including the pyramids of Giza. Tahrir Square is the heart of the city and where you’ll find the Egyptian Museum as well as some of the most celebrated hotels. Medieval Cairo has several Islamic wonders from the Middle Ages, including the Citadel of Cairo, but the city’s greatest attraction is Giza, home to the Great Pyramid as well as the Sphinx.

This city on the Nile is a common start or end point to a river cruise. It’s located on the site of ancient Thebes, which was the capital of Ancient Egypt for 500 years. Luxor Temple and Karnak Temple are among the best-preserved temples in the nation. Just outside the city to the north lies the Valley of the Kings and Valley of the Queens, where the tombs of ancient rulers are found, including that of Tutankhamun.

The other embarkation point for a cruise along the Nile, Aswan is an important river port and tourist centre. The Philae Temple Complex is one of the nation’s most significant temple sites. Aswan is also the gateway to the Aswan High Dam, which dramatically changed the flow of the Nile.

This southern village just across the border with Sudan is the site of the ancient temples of Abu Simbel, which are known for their massive statues of Ramses II. The entire site was actually moved from its original location after the construction of the Aswan High Dam, which redirected the Nile and flooded the original area to make Lake Nasser.

Other Highlights of Egypt Off the Beaten Path 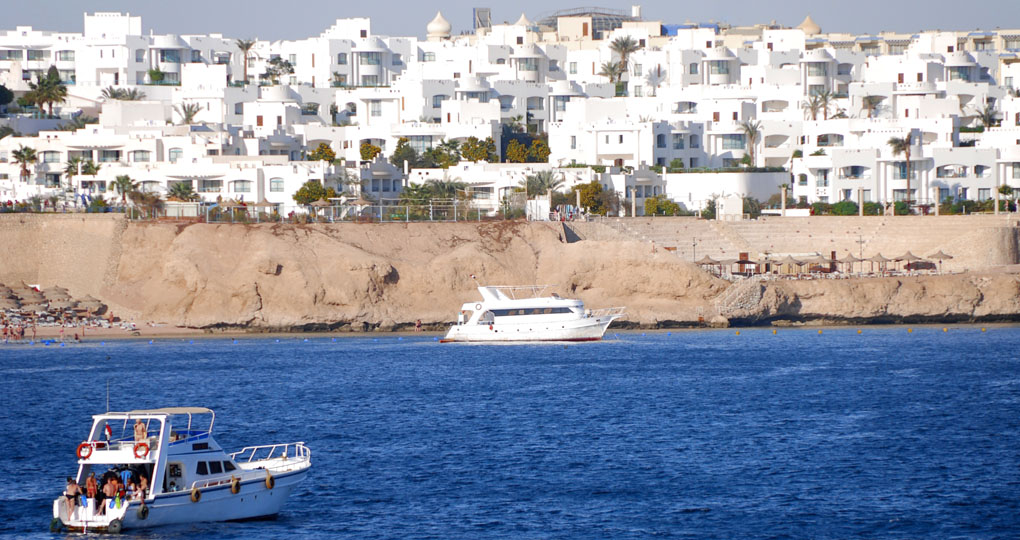 This port city was home to one of the Seven Wonders of the Ancient World during the Hellenic period. Today, it’s an attractive port city far from most tourist crowds. The modern Bibliotheca Alexandrina is a marvellous architectural attraction that keeps alive the spirit of the ancient library that was burned by the Romans. Qaitbay Citadel along the seafront is the city’s greatest remaining historical landmark, while the attractive seaside promenade and sandy beaches provide more reason to visit.

This desert resort in the Sinai Peninsula offers an attractive escape for Egyptians and European tourists with its sandy beaches, warm waters, and coral reefs. Resorts line Naama Bay, while Ras Muhammad National Park offers great scuba diving sites. The resort makes for a nice addition to a trip through ancient Egypt.

This coastal resort town is another favourite vacation spot for locals and tourists alike. Located along the Red Sea coastline, the town has a modern district known for its restaurants and nightclubs, while the old souks and coffee shops of El Dahar offer a taste of the past. The sandy beaches and resorts are the main appeal.

Top Activities and Experiences in Egypt 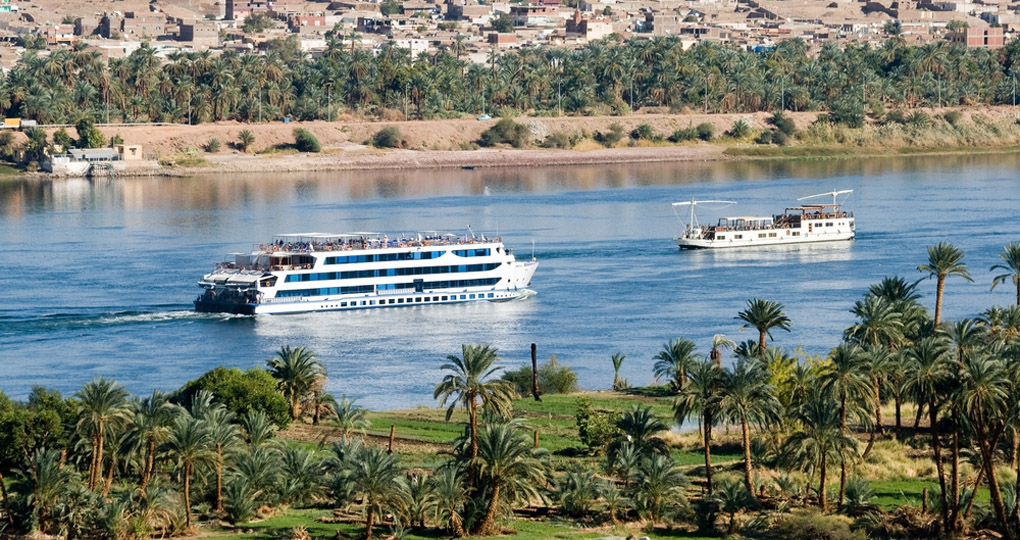 A river cruise between Luxor and Aswan is an essential component of a trip to Egypt. Aboard a well-equipped river vessel, travellers spent several days cruising the Nile and experiencing this important waterway that has been the centre of Egyptian life for thousands of years. Daily stops at temples and tombs provide insight into the past, while the on-board features provide all the comforts of a hotel.

Khan el-Khalili is the largest open air market in the Middle East and the heart of Cairo’s historic quarter. You can shop for all kinds of goods, from spices and jewelry to beautiful textiles and artisanal crafts. You may need to go with someone who can speak Arabic to ensure you barter for the best deals, but a visit is an unforgettable experience of Egyptian culture.

This brand-new, massive museum built near the Great Pyramid of Giza will open in the spring of 2021, providing a more spacious and state-of-the-art display of the thousands of ancient artifacts taken from temples and tombs across the nation. The museum intends to display the full exhibit of artifacts from King Tutankhamun’s tomb. The museum’s design, which recreates an inverted pyramid, is worth a visit in itself. 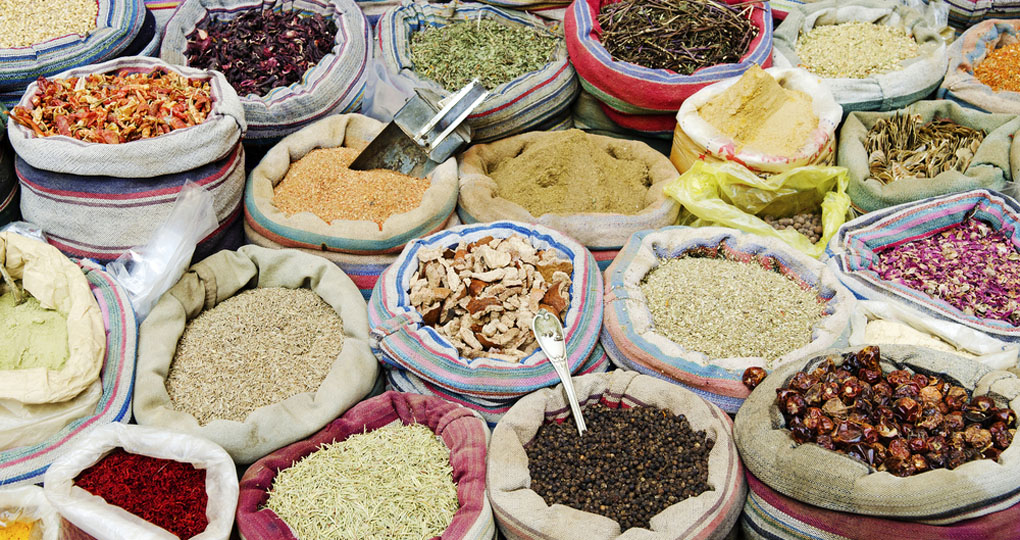 Similar to falalefs, Egypitan ta’miya are made of fava beans that are ground and made into balls and fried. They’re served in warm pita along with vegetables such as onion and cilantro, and topped with tahina and other sauces. They’re great as a snack or lunch.

This traditional breakfast dish consists of stewed fava beans that are cooked along with parsley, onions, and a variety of spices. They’re often served with eggs and are an essential part of any complete breakfast in Egypt.

This layered dish of rice, macaroni noodles, lentils, and chickpeas is an Egyptian favourite and a common street food. The combination of starches and pulses is usually topped with caramelized onions and spicy sauces. It’s an inexpensive treat.

This stuffed vegetable dish usually has rice and sometimes meat stuffed into vegetables such as squash, zucchini, or bell peppers. It’s often topped with a tomato sauce and served alongside other dishes or as a main course. It’s a good option for vegetarians. 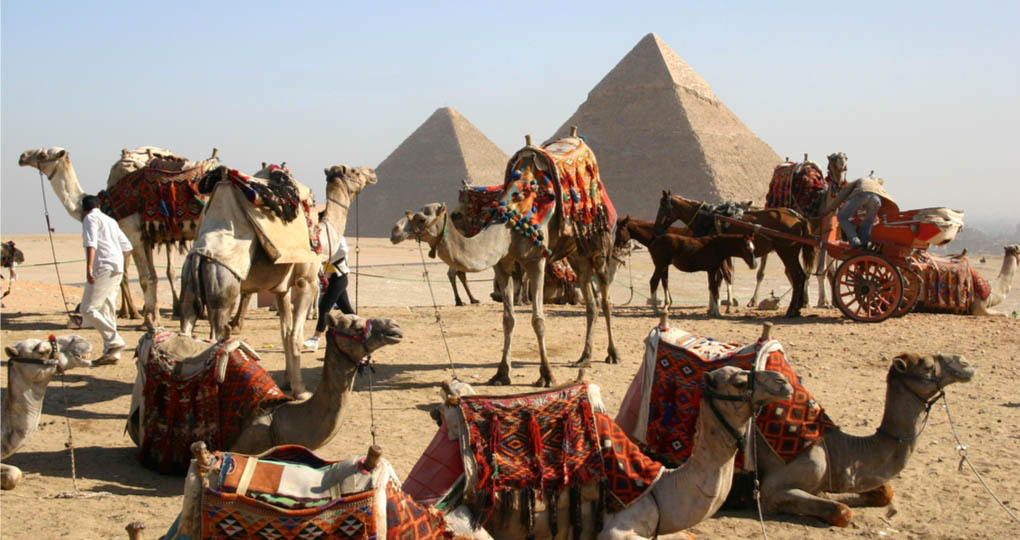 Travelling sustainably in Egypt is more difficult than in some other countries due to the limited eco-friendly options in terms of transportation and accommodation. The best way to limit your impact on the local environment is to refrain from using disposable plastic and to opt for hotels with environmentally-friendly initiatives. It’s also important to be careful what you buy in local markets. Also, if you’re going to be booking a camel ride during your visit, be sure to book from reputable sources that don’t mistreat the animals.

Egypt is the perfect jumping off point to a longer vacation in Africa or the Middle East. You can connect onward to Israel and Jordan to continue exploring ancient history, or transfer south to pair with a safari in East Africa. Morocco and Tunisia are also nearby and offer a nice pairing for a trip through North Africa. Europe is close by as well, so you can easily connect to a major city like London or Paris.

Most Popular Itineraries for Egypt

Classic Egypt is an ideal introduction to this nation. It includes several days in Cairo to see the pyramids and learn about modern Egyptian culture. It then connects to Luxor for a Nile cruise to Aswan, which takes in temples and river views. Historic Hotels of Egypt covers much of the same ground as Classic Egypt, but upgrades the accommodations to some of the nation’s most exclusive hotels. It also forgoes a Nile cruise in favour of a road trip from Luxor to Aswan. Pyramids to Petra extends the trip into Jordan to include visits to Wadi Rum, Amman, and the ancient temple of Petra.

DELUXE | PRIVATE-GUIDED: This tour is a true classic designed to give the traveler with limited time a superb introduction to the civilization of Ancient Egypt, focusing on the Nile and its importance to the people.

DELUXE | PRIVATE-GUIDED: This Egypt tour includes accommodation at some of the country’s most esteemed hotels. Temple-hop through this ancient land as you marvel at the wonders of Ancient Egypt, all while enjoying world class hospitality each night at these Egyptian icons.

DELUXE | PRIVATE-GUIDED: From Pyramids to Petra, this exceptional 13 day itinerary gives you a unique opportunity to discover the immense heritage and rich history of two interesting countries, Egypt and Jordan.