The official currency of Kenya is the Kenyan shilling (KES). US dollars and euros are also accepted in some parts of the country. Although credit and debit cards can be used with hotels and lodges, cash is more common. You can find ATMs across the country.

English and Swahili are the most common languages in Kenya. Indian and Arabic are also spoken by some parts of the population. Understanding a few words in Swahili can go a long way when travelling through Kenya.

Kenya is great to visit year-round, although the summer can get a bit hot for northern travellers. The dry season from July to September is the most popular time to visit, as there isn’t much rain and the Great Migration of wildebeest and zebra takes the animals across the border into the Masai Mara. The rainy season brings with it more animals and verdant vegetation, so if you can handle the rain, it’s a nice time to visit as well.

Due to its location on the equator, Kenya is often warm, particular from May to August, when temperatures average above 30°C/86°F. September to October and March to April offer more pleasant daytime temperatures without an abundance of rain. October through February is a bit cooler, with chilly evenings. There are two rainy seasons: the "short rains" in November and December. The rains fall mainly in the afternoon and should not have any significant impact on your safari. March to May are the longer rain months.

Kenya has a broad appeal to travellers, but it’s especially fascinating for nature and animal lovers. It’s one of the best destinations for a safari, allowing travellers to see lions, elephants, and giraffes in the wild. It’s also popular with family travellers and foodies, as safaris are great for the whole family and the nation’s cuisine is celebrated for the region. History buffs will also find a lot to dig into in the cities and along the coastline. There are even some great beaches along the coast, so it’s a good spot for a beach escape as well. 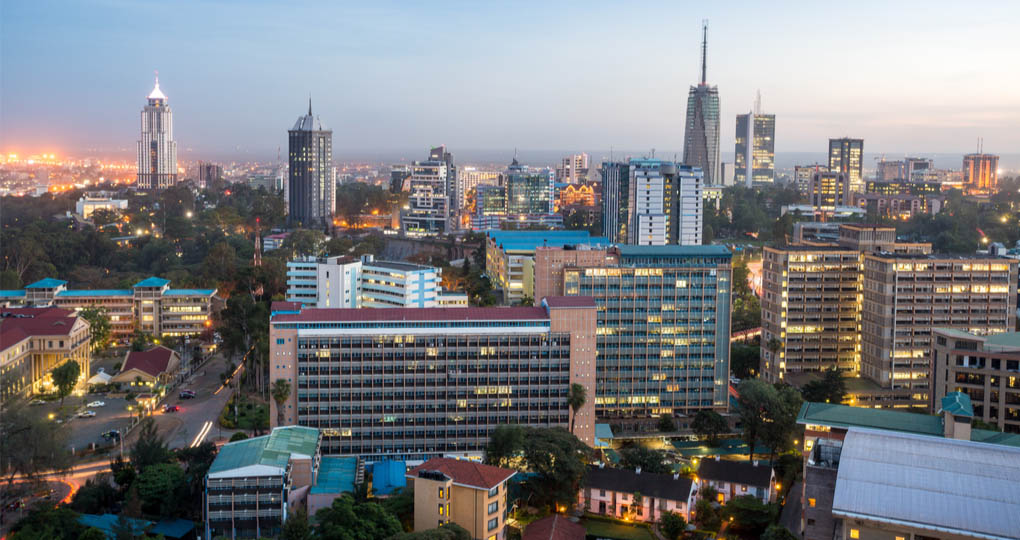 Jomo Kenyatta International Airport in the capital Nairobi is the country’s main gateway. However, many game reserves have their own private air strips, so it’s common for travellers to travel between parks on small planes that are privately operated.

There are seasonal direct flights from New York to Nairobi on Kenya Airways. Travellers can also connect through gateway cities in Europe and the Middle East to connect onwards to Nairobi.

There are no direct flights from Canada to Kenya. Travellers will have to connect through gateway cities in Europe and the Middle East to continue on to Nairobi. 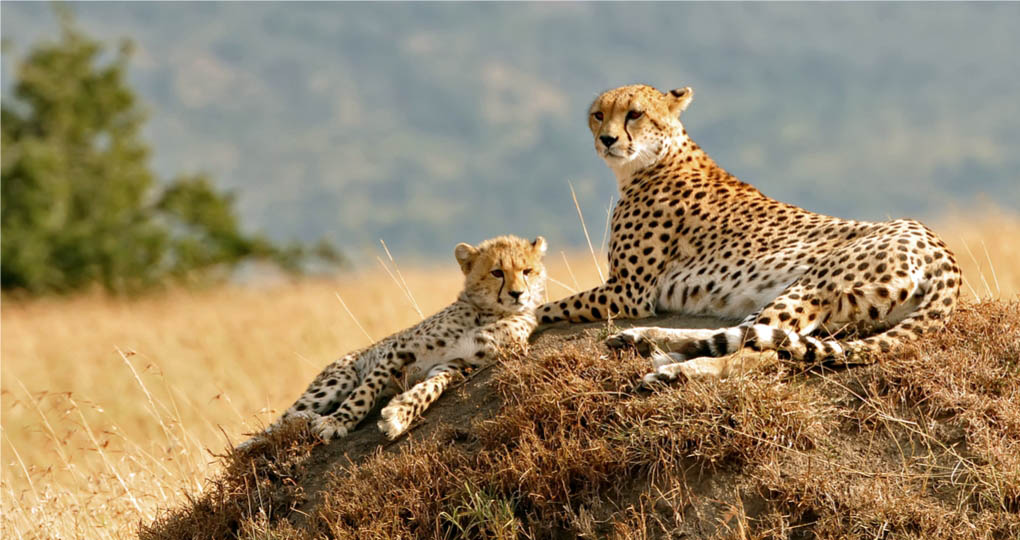 This game reserve in the country’s southwest is among the world’s most spectacular nature parks and the country’s most essential natural landmark. The park comprises the northern part of the Great Migration of wildebeest and zebra that take place yearly, where millions of these animals cycle through the Great Rift Valley in search of food and water. It’s the ideal place to stay in a game lodge and explore on daily game drives, searching for the Big Five as well as giraffes, cheetahs, and hippos.

This soda lake is also another popular nature reserve. In the past, the natural alkaline in the lake promoted the growth of algae, which attracted massive flocks of flamingos to the waters. While the changing water levels have made the numbers of flamingos less consistent, it’s still possible to see these beautiful birds on the water. On land, travellers can traverse the acacia forest and rocky hillsides to find white and black rhinos, leopards, and Rothschild’s giraffes.

This stretch of swampland and plain along the country’s southern border is the best place to see elephants in the country. Big tusker elephants abound across the park. The landscape is relatively barren, making it easy to spot elephants as well as zebras, cheetahs, and wildebeest. The backdrop of Mt. Kilimanjaro across the border in Tanzania completes the perfect natural atmosphere.

The Kenyan capital packs a cultural punch for first-time visitors, as its heavy traffic, urban sprawl, and cultural diversity are unlike another city. But even travellers who only intend to use Nairobi as a gateway to the nation’s parks will find a lot to like. Nairobi National Game Park is just outside the city and offers a surprisingly robust wildlife viewing experience. The Karen Blixen Museum and National Museum are popular spots to brush up on local history, while the food scene is second-to-none across sub-Saharan Africa.

Other Highlights of Kenya Off the Beaten Path Mount Kenya is the tallest mountain in the country and second only to Mt. Kilimanjaro on the continent. It’s also a focal point for a robust game reserve where you can spot elephants, waterbucks, and hyrax, which are endemic to the region. It is possible to climb the mountain, but it mostly serves as a gorgeous backdrop to most travellers.

This port city is the oldest in the country and the second-largest city after Nairobi. Mombasa has long been key to the country’s trade infrastructure, but it’s also a gateway to the beaches along the Indian Ocean. Mombasa is a fascinating blend of cultures, with key Arabian and Indian influences that give it a touch of old world charm and make it something of a discovery for travellers who only ever explore the mainland.

Samburu is among Kenya’s driest parks, with a semi-desert landscape that makes it particularly striking. The landscape and large number of zebras, buffalo, impala, and oryx in the park make it a good spot to search for big cats, specifically lions, cheetahs, and leopards, who feed off the herbivores.

Tsavo East is the largest park in Kenya and has long been known as a great spot to view wildlife, due to the dryness of the land that makes it hard for animals to hide in the foliage. Tsavo West is smaller, but has a more dramatic landscape, with swamps, springs, and peaks to explore. The park was also the legendary site of the man-eating lions of Tsavo in the late 19th century, so it has a bit of folk allure among safari travellers.

Top Activities and Experiences in Kenya 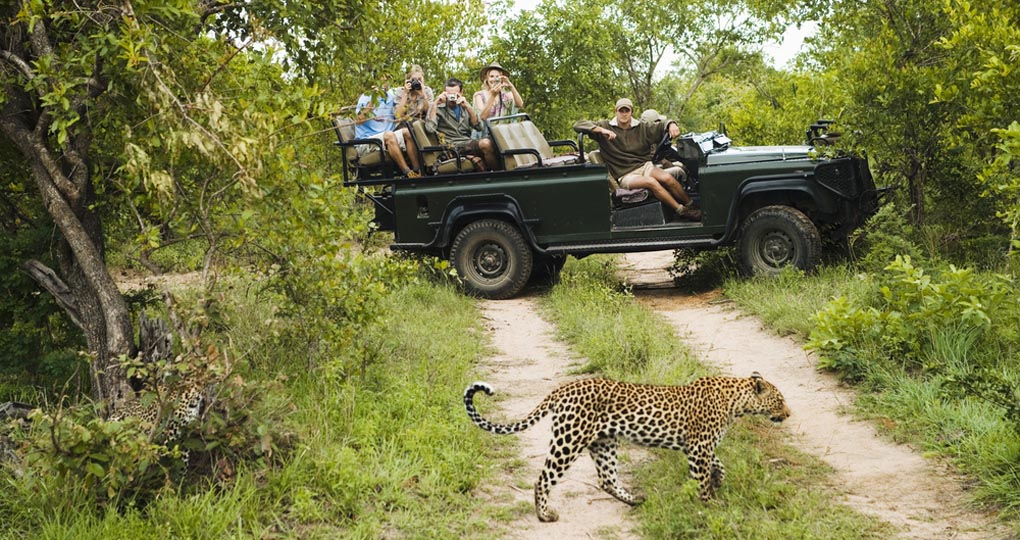 Head Out on a Game Drive

If you are going on a safari in any of the game parks across Kenya, then you will most certainly head out on a game drive. Most lodges offer two kinds of game drives. Either the game viewing is broken up into two parts, one in the early morning and another in the late afternoon, to catch the animals at their most active. Travellers head back to the lodge during mid-day to rest and grab lunch. Travellers can also experience day-long game drives, where a bush lunch is brought along on the drive. It means longer days, but also more exposure to the animals in the wild.

This colonial mansion and farm was the former home of Karen Blixen, the Danish author of Out of Africa and inspiration for the Academy Award-winning film. Today, the farm at the foot of the Ngong Hills is a museum dedicated to her life and the fame of her work. The museum makes for an easy afternoon visit during a stay in Nairobi and offers an attractive and calm counterpoint to the more bustling downtown.

Tour the Giraffe Centre in Nairobi

This conservation centre was established in 1979 as a means to protect Rothschild’s giraffes, which have been severely endangered for decades. In 1983, the centre was opened to tourists who can feed giraffes from a raised observation platform, watch warthogs roam among the legs of the giraffes, and learn about conservation efforts across East Africa. It’s a great place to visit with kids. 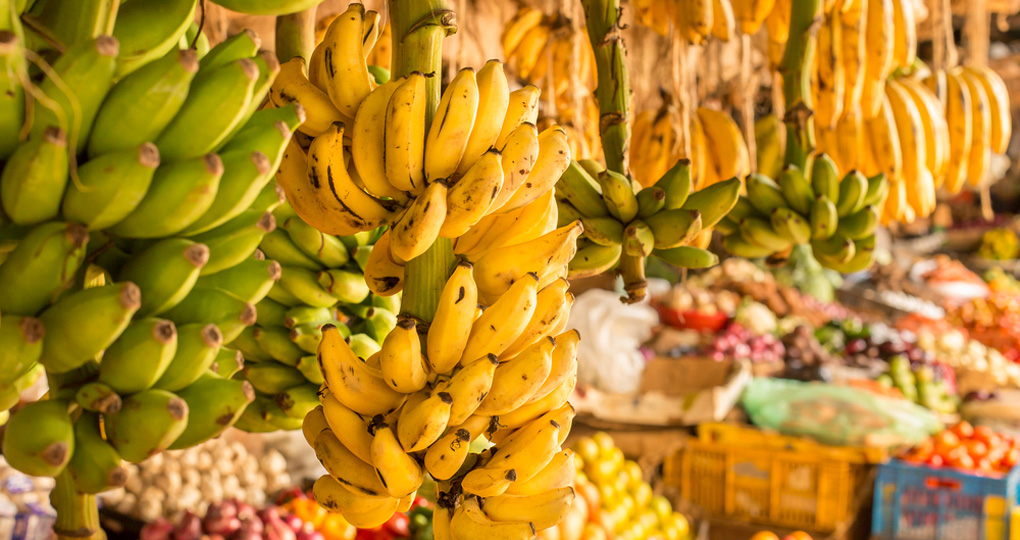 This cornmeal flour porridge is a Kenya staple and served with most meals. It’s usually boiled and then formed into a round, doughy oval and served alongside meats and vegetables, absorbing the excess sauce and providing a core serving of carbohydrates.

As with many other nations, Kenya adores this dish of rice cooked in meat stock. Traditionally, pilau is served alongside goat meat, but it’s just as common these days to find it served with chicken, beef, or lamb.

This round, flat unleavened bread is cooked on a griddle and served for breakfast or as a snack at roadside stalls. Often, fried eggs are rolled in the middle of the bread, offering a compact meal with a crunchy bite.

Barbeque is popular across Kenya. Whether it’s goat, lamb, or chicken, Kenyans cook these meats on an open grill over hardwood and serve it alongside other dishes such as kachumbari. The name “nyama choma” refers specifically to grilled goat meat, but it’s often used to describe barbeque in general.

This salad of diced tomatoes and onions in a dressing of cilantro and lime is popular across East Africa. Other vegetables and fruits like avocado are often included as well. Kachumbari offers a fresh side dish alongside grilled meats or more hearty rice dishes. In a country like Kenya where the natural landscape and wild animals are the main tourist attractions, it’s imperative to respect environmental protections and work with organizations that fight poaching and work towards animal conservation. Stay at reputable game lodges and arrange tours with reliable operators so as to ensure that the highest environmental and wildlife standards are set. Keep your distance from wild animals, only go where rangers and guides recommend, and take all your waste with you. In the cities, avoid unregulated marketplaces and don’t buy any products made from endangered species or illegal animal products.

Kenya and Tanzania make natural travel partners, as they share a border and many animal migration patterns. It’s also easy to connect onwards to destinations in the Middle East, such as Dubai, Jordan, and Israel. Travellers can continue the journey northward, flying to Egypt and continuing through North Africa, or head south to experience a safari in another destination such as Botswana or South Africa.

Most Popular Itineraries for Kenya

Kenya Odyssey is a popular introductory tour of the nation. It begins and ends in Nairobi and takes travellers to Mt. Kenya, Lake Nakuru, and the Masai Mara. East Africa Odyssey extends the journey into Tanzania to trace the route of the Great Migration and visit the Seregenti and Ngorongoro Crater before leaving out of Arusha. East Africa Discoverer is an epic two-week journey through Kenya and Tanzania, taking in Nairobi, Amboseli, Lake Manyara, Tarangire, the Seregenti, Lake Victoria, and the Masai Mara.

FIRST-CLASS | SMALL GROUP: Explore some of the best safari game parks in Africa and stay in beautiful luxury safari camps each night. From Nairobi, connect to Samburu, Ol Pejeta, Lake Nakuru, and Masai Mara to head on game drives to search for the Big Five, visit Masai villages, and learn about animal conservation.