The official currency of Belgium is the euro (EUR). Credit and debit cards are accepted across the country, as most transactions are cash free. However, you can still take out cash if you wish at ATMs, which are easy to find.

There are three official languages in Belgium: Flemish (Dutch dialect), French, and German. People in the north speak Flemish, while people in Central Belgium and the south speak French, while Eastern Belgium is predominantly German speaking. Most Belgians also speak conversational English, so you won’t have a problem communicating while travelling here. However, knowing some rudimentary French can be helpful, as most signs are in French and Flemish.

Spring and fall are the best times to visit Belgium, as the weather is comfortable and there are fewer tourists than in the summer, especially in the coastal cities. Summers are popular, but can get crowded. Winters are fairly mild, so the cities such as Brussels, Ghent, Bruges, and Antwerp are still good travel options, even if there are fewer crowds.

Belgium has generally moderate temperatures, making it easy to travel at all times of year. Spring and fall temperatures average between 9°C/48°F and 15°C/59°F. In the summer, temperatures rise to averages between 18°C/64°F and 23°C/73°F. In the winter, temperatures dip to around 3°C/37°F–7°C/45°F. Be sure to bring a raincoat and umbrella as it rains throughout the year, especially in winter and spring.

Belgium is particularly appealing to history buffs, beer lovers, and people who can’t get enough chocolate (basically everyone). The medieval architecture and picturesque canals of towns Bruges and Ghent offer fascinating historical landmarks to explore. The battlefields of World War I are also arguably the most interesting in all of Europe. The cuisine offers an intriguing blend of German and French influences, with their own additions, including Belgian waffles and other delectable chocolate treats. 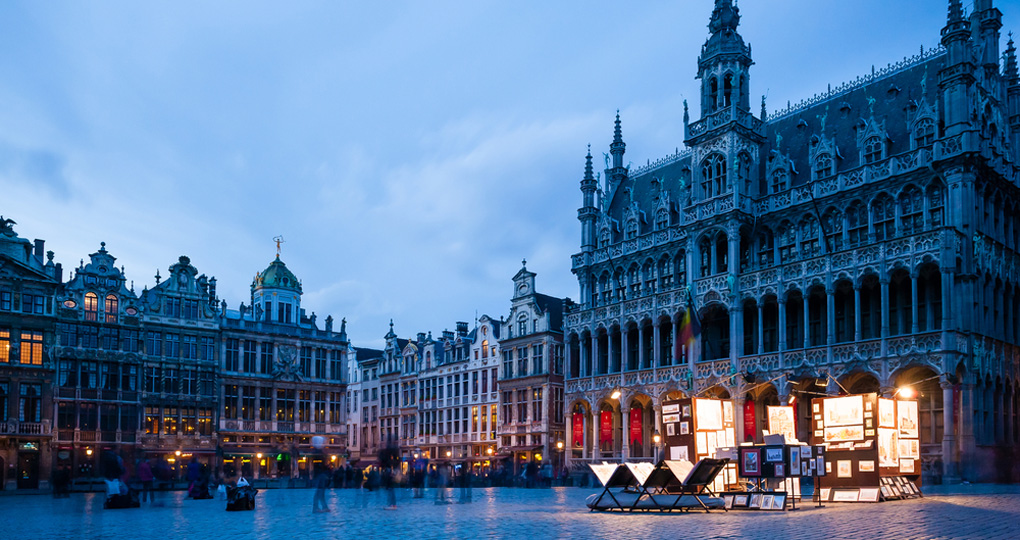 There are five airports across Belgium, but the two near Brussels—Brussels-Zaventem and Brussels-Charleroi—are the most popular.

There are nonstop flights from New York City and Washington to Brussels aboard Brussels Airlines, United Airlines, and Lufthansa.

There is a nonstop flight from Montreal to Brussels with Air Canada. Otherwise, travellers need to connect through New York or other cities in Europe, such as London and Paris. 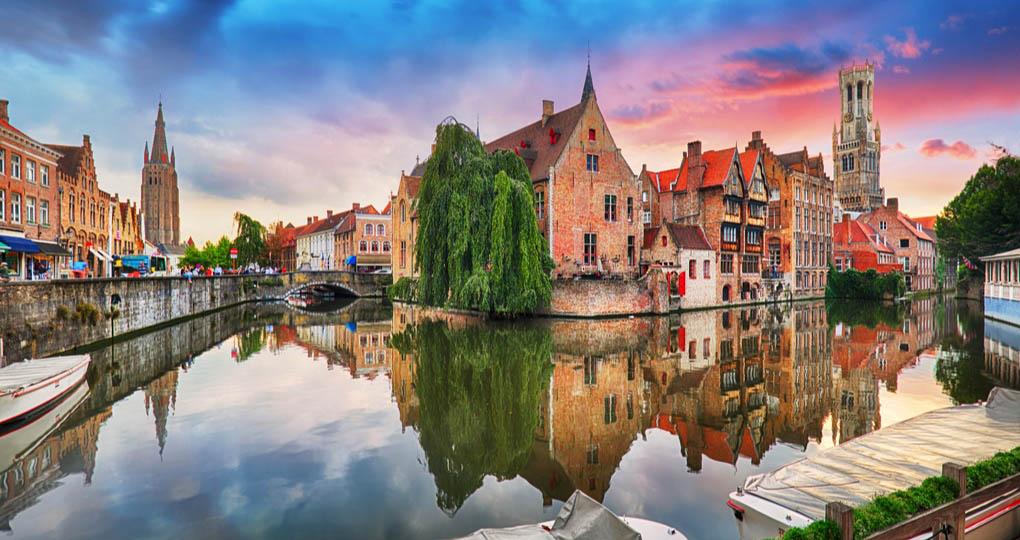 Undoubtedly the most popular tourist spot in Brussels, Bruges is a medieval gem and one of the most picturesque cities in all of Europe. The medieval packhouses, winding canals, and central 13th-century Belfry give it something of a fairy tale atmosphere. If you’re a film buff, you may recognize filming locations from the popular black comedy, In Bruges.

The Belgian capital is perhaps best known as the centre of the European Union, but it’s also a charming city to explore on foot, with many gorgeous cathedrals, art deco taverns, and artistic hideaways to visit. The Grand-Place Square is one of the most beautiful central squares in Europe, which culminates in the Hotel de Ville (town hall), a stunning Gothic structure crowned with a bell tower. There are festivals and celebrations throughout the year, so depending on when you visit you’ll have something to look forward to.

This port city is best known for its 10th-century castle, which is surrounded by a moat. Along with Bruges, Ghent is the other most popular tourist spot. Beyond the medieval architecture and canals, there’s a boisterous beer culture and modern art galleries to explore.

Best known as the international centre of the diamond industry, Antwerp is another attractive tourist city and port, with medieval guildhalls, Gothic cathedrals, and good museums. The city is particularly great to explore on a bike tour, as it's common for locals to get around by cycling.

Other Highlights of Belgium Off the Beaten Path 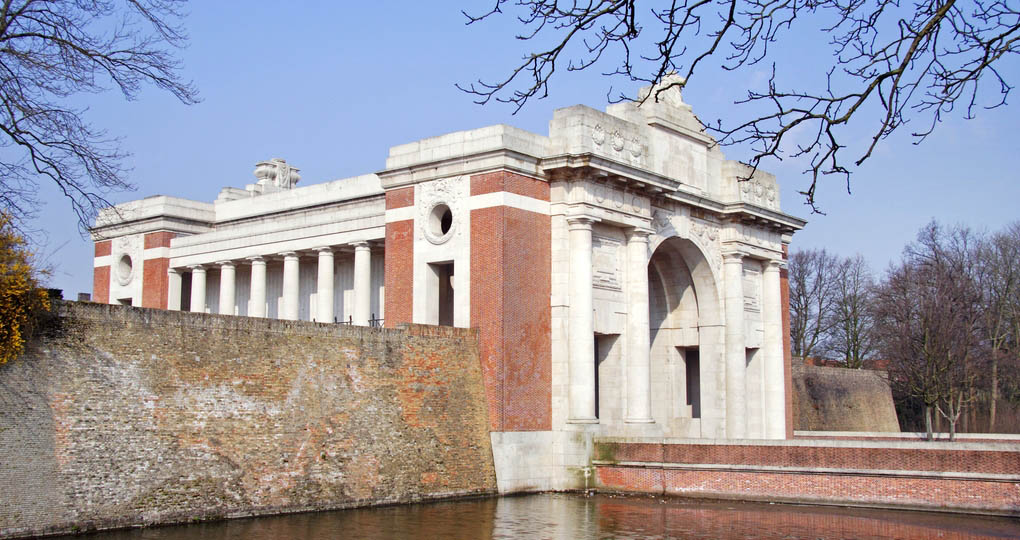 This small town near the border with France is the centrepiece of various World War I battlefields and museums tracing the history of the war. Perhaps the most impressive of these monuments is the Menin Gate Memorial, which bears the names of the 54,389 UK and Commonwealth soldiers that died there in 1917 with no known grave. The In Flanders Fields Museum and sites around Passchendaele are also fascinating historical memorials. The town itself is centred on the impressive Cloth Hall, which was completely rebuilt following the war.

This town located between Brussels and Antwerp is a great place for a day visit, with an attractive town square, streets full of restaurants and souvenir shops, and waterside forts and canals. It’s an ideal place to go walking for a few hours to break up the more crowded touring in the major cities.

Better known by sight than name, Dinant is a picturesque town defined by the stunning Veves Castle, a 15th-century fortification known for its six towers, and the Castle of Freyr, a Renaissance mansion on a garden estate. It’s also home to the Grotte de Dinant La Merveilleuse, one of Northwestern Europe’s most notable caves with countless stalactites. 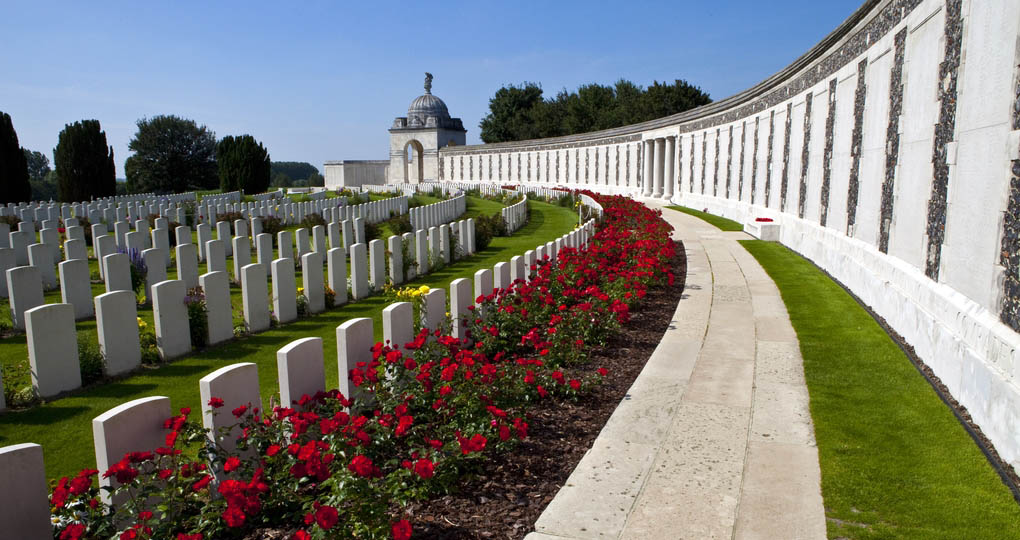 Tour a World War One Battlefield

Even travellers that don’t qualify as history buffs should take the time to visit at least one battlefield from World War One. Most of Belgium was completely leveled in the war and the excellent museums, such as the In Flanders Fields Museum, offer exceptional exhibits that trace the impact of the war on the region. The graveyards and memorials such as the Menin Gate and Tyne Cot Cemetery also offer a chance to reflect on the incalculable human cost of the conflict. Menin Gate has a Last Post ceremony each evening.

Cruise the Canals in Bruges or Ghent

Both Bruges and Ghent are beautiful medieval cities renowned for their canal structure through the old town. The best way to appreciate its unique structure and the facades of the medieval buildings is on a canal cruise. There are several canal cruise companies to choose from, so you can either book ahead or simply show up near the canals and find boats ready to take you throughout the old towns.

Spending an afternoon in a museum isn’t the most exciting prospect to many travellers, but Belgium has some of the best art museums in Europe. Head to the Royal Museums of Fine Arts of Belgium, the Museum of Modern and Contemporary Art, or the Musée Magritte to admire masterpieces by the likes of Rubens, Brueghel, and yes, Magritte. If you’re a fan of The Adventures of Tintin, a trip to the Comics Art Museum is also in order. Much of the exhibition is dedicated to the work of the Belgian comic artist, Hergé, who created Tintin. 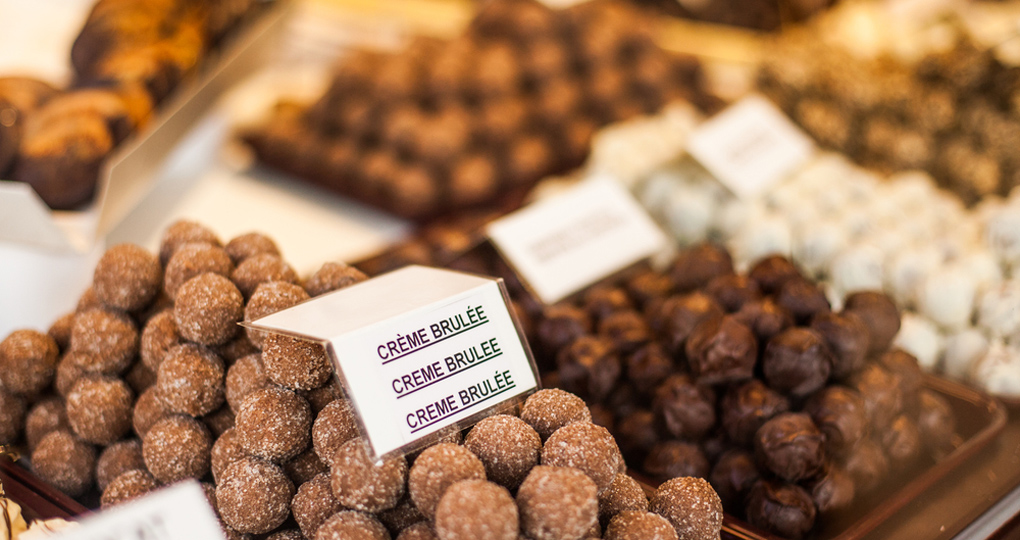 If there’s one thing Belgium is famous for, it’s the chocolate. Since the 19th century, Belgians have been pioneering chocolate making and there are all manner of chocolate goodies for you to enjoy when visiting. Pralines filled with buttercream or ganache are a popular treat, but with hundreds of respected chocolate shops across the country, you’ll find a truffle or piece of dark chocolate with your name on it.

Waffles are the other Belgian treat that is world-renowned. Belgian waffles have deeper pockets than other types, making them perfect for capturing all the syrup, whipped cream, or chocolate sauce that you top them with. Like with chocolate, you’ll find waffles across the country so make sure to enjoy some for breakfast during your trip.

Thicker and crispier than ordinary French fries, Belgian frites are the perfect pairing to most meals in Belgium. They’re a great snack for an afternoon spent walking along the canals or a treat to enjoy along with some beer. If you want to learn about the history of Belgian frites, the Frietmuseum will showcase the origins of this popular snack.

Like Belgian frites, beer is found everywhere across Belgium. Belgian beers are known for being unfiltered and made with wheat, giving them a more pronounced flavour and heavy colour than other beers. The most popular brands of wheat beer are Hoegaarden, but you’ll also find high-alcohol Trappist beers, which are brewed by monasteries, and golden ales like Duvel. 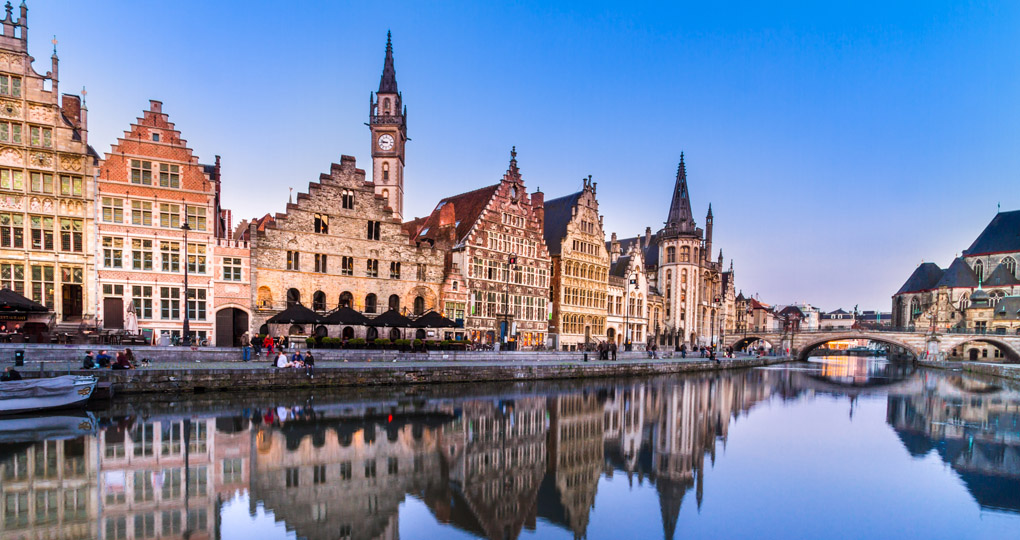 It’s easy to be environmentally considerate when travelling around Belgium. The country has a great transit infrastructure. You can travel to most cities by train and within each city, the public transit, mostly by tram, is efficient and accessible. In the medieval old towns of Bruges and Ghent, you can easily walk to major landmarks or cycle along the canals. There are also many hotels and tour operators that incorporate environmental best practices into their operations, so you're offered a lot of sustainable options for travel.

Due to Belgium’s location in Northwestern Europe, it’s easy to travel to several other countries. It’s only a two-hour drive from Brussels to reach France, Germany, or the Netherlands. You can also connect by high-speed train into England or hop on an affordable flight into any other major city in Europe.

Most Popular Itineraries for Belgium

Brussels Signature showcases the main highlights of the capital, Brussels, as well as day trips to Ghent and Bruges. Highlights of Brussels & Amsterdam extend the journey into Amsterdam to explore the Dutch capital. World War I Battlefields: Lille to Lille is a history-specific journey through Northeastern France and Belgium to visit memorials and battlefields from World War I, including Amiens, Ypres, the Somme, and Vimy Ridge.

DELUXE | PRIVATE-GUIDED: Discover the ancient and modern aspects of this varied, interesting city with both a short walking tour and a on a bus tour. Also visit the delightful cities of Ghent, famous for its lace and Bruges, known for its network of canals.

FIRST-CLASS | TAILOR-MADE: Discover the highlights of Belgium and the Netherlands on this 8-day whirlwind adventure. Starting in Brussels and ending in Amsterdam, you’ll explore charming cityscapes, visit the medieval towns of Ghent and Bruges, stroll alongside windmills in the Dutch countryside, and marvel at artistic masterpieces by Rubens, Van Gogh, and Rembrandt.