The past year has brought with it a lot of changes, welcome and unwelcome, but one undeniable positive is our renewed passion for travel. At Goway, we’re exercising this passion by expanding our product line to include trips to the West African nations of Ghana, Togo, and Benin.

This means that when the world fully opens to travel again, you’ll have even more international destinations to discover with Goway.

West Africa is a massive region that’s home to 16 countries and over 350 million people, but it’s not as well known as East Africa or Southern Africa. This is about to change as countries like Ghana become trendy hotspots in the world of international travel. Mark our words: the future is going to see increased travel to this region and trendsetters and influencers are going to start flooding to countries like Ghana. 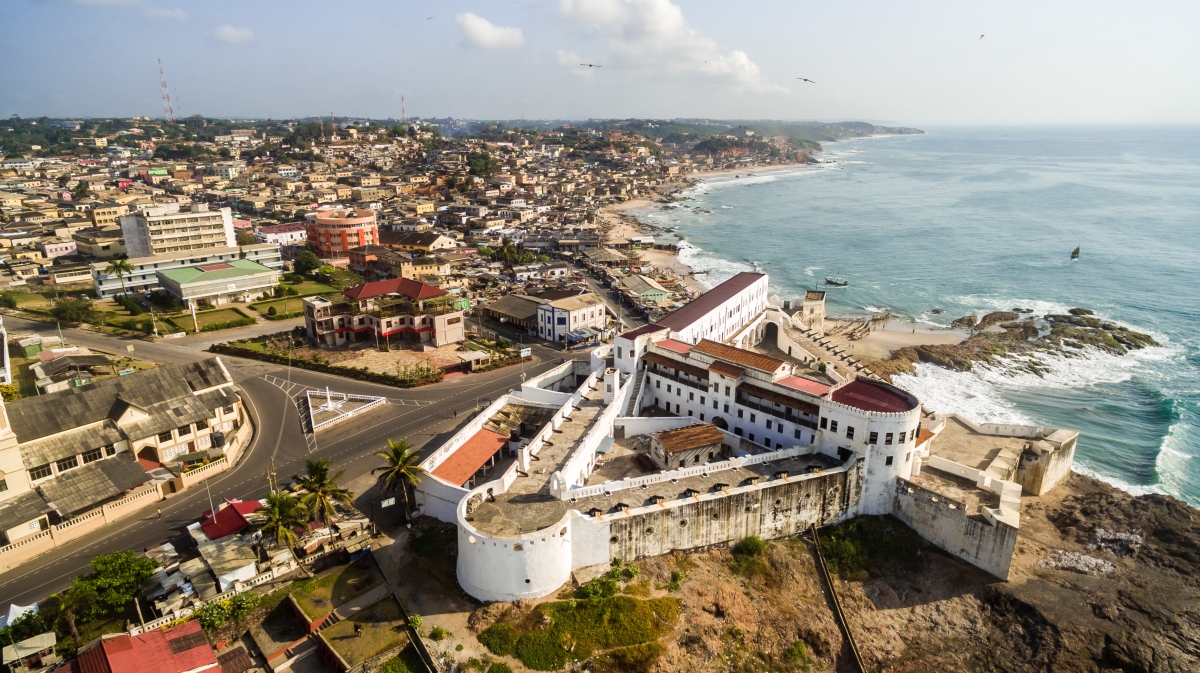 The more you learn about Ghana, Togo, and Benin, the more you understand the growing interest. Take Ghana, for instance. The country has long been one of the stablest democracies on the continent. After all, it was the first Black African nation in sub-Saharan Africa to achieve independence from European powers. But it’s not only comfortable and stable. It offers many of the travel experiences that globetrotters want from an African vacation.

For instance, Ghana is home to several beautiful national parks that offer safari game drives for a fraction of the price of safaris in comparable nations in East and Southern Africa. Mole National Park is often considered the best park in the country. You can find it in the country’s northwest and it’s home to a large number of bird species as well as huge populations of elephants from December through April. Kakum National Park is also a good park to visit. Unlike Mole, it’s not known for large land mammals, but for birds, butterflies, and monkeys that live in the upper branches of the jungle canopy. In Kakum, you can trek along canopy walkways and watch these animals in their native habitats.

The cultural side of Ghana is arguably more interesting than the natural side. The capital Accra is a busy blend of beautiful beaches, hopping marketplaces, and a great food and drink scene. It’s also played a large part in musical development over the years, as it hosted key festivals in the 1970s and contributed to the diaspora of African-influenced funk and jazz that dominated musical subcultures across continents. (For a taste of primo Ghanaian funk, check out this bop from Vis-A-Vis.) The colonial neighbourhood of Jamestown offers insight into the city’s construction during European colonization, while the museums and national monuments trace the country’s independence and celebrate its foundation prior to the arrival of Europeans.

Outside of the capital, travellers can learn about the dark history of the slave trade at coastal forts in Cape Coast and Elmina. For this reason, Ghana is especially popular for travellers with African descent who are tracing the history of their own heritage. You can head along the coast to see these beautiful forts with dark history and learn about the importance of the region during the slave trade. As a more positive counter to the sadness of the slave trade history, you can head to Kumasi and nearby villages to learn about the fascinating history of the Ashanti Kingdom, a strong African kingdom that controlled the region before falling at the hands of the British and being incorporated into the Gold Coast colony. The kingdom remains an important part of Ghana today as it operates as a sub-state within the nation itself.

Togo and Benin offer cultural insight along the gulf 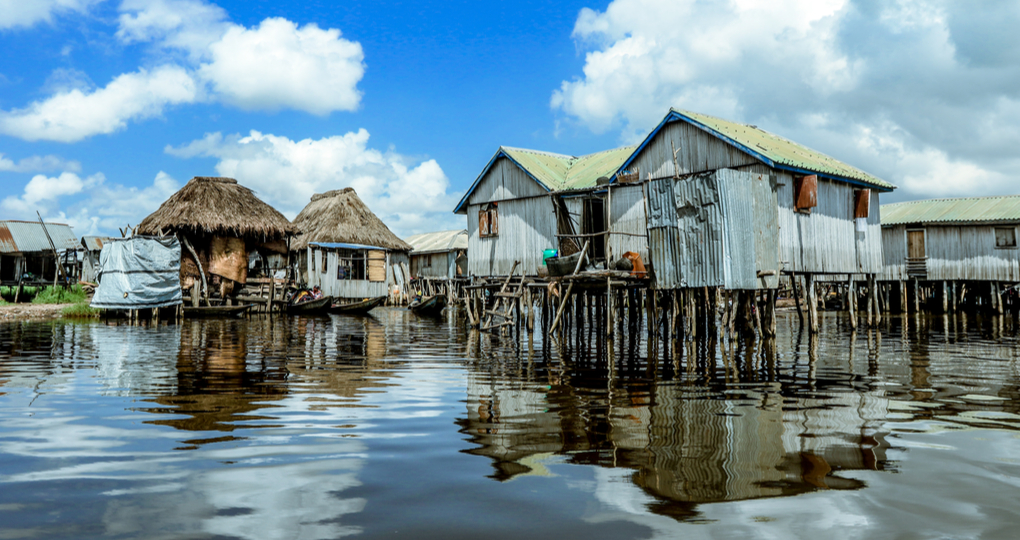 Togo and Benin don’t have the same reputation as Ghana, but they are natural additions to a trip through West Africa. Togo is a bit more rustic than Ghana, but no less interesting when it comes to cultural monuments and the rich history of the region. The capital city, Lome, is considered one of the most beautiful in West Africa. It’s a great place to learn about regional history at the National Museum. It also boasts some great restaurants. Outside the capital, travellers can learn about voodoo and admire beautiful natural environments at Lake Togo. Togoville, which sits along the lake, is the historical centre of voodoo in the nation. While Hollywood movies have warped people’s conception of voodoo, this endemic religion remains a vital part of understanding the region and the cultural traditions of West Africa.

Benin is even more central to the history of voodoo. The city of Ouidah sits on the coast and was a key station during the transatlantic slave trade. It’s also known as the centre of voodoo in Benin; the country as a whole is often considered the birthplace of the religion. You can tour temples and shrines, each with their own spirits and fetishes, to learn about the way the religion is practiced today. The capital Cotonou and the cultural centre Abomey offer more insight into the nation’s roots and the Dahomey Kingdom that controlled the region and fought colonial powers during European expansion.

The most appealing destination in Benin is the stilt village of Ganvie, which sits on the waters of Lake Nokoue. The village consists of bamboo huts built on the lake itself, rising from the waters atop wooden stilts. The villagers do their business from their boats, making the village something of a floating marketplace. It’s a sight to behold and so striking as to lead some to call Ganvie the “Venice of West Africa.” 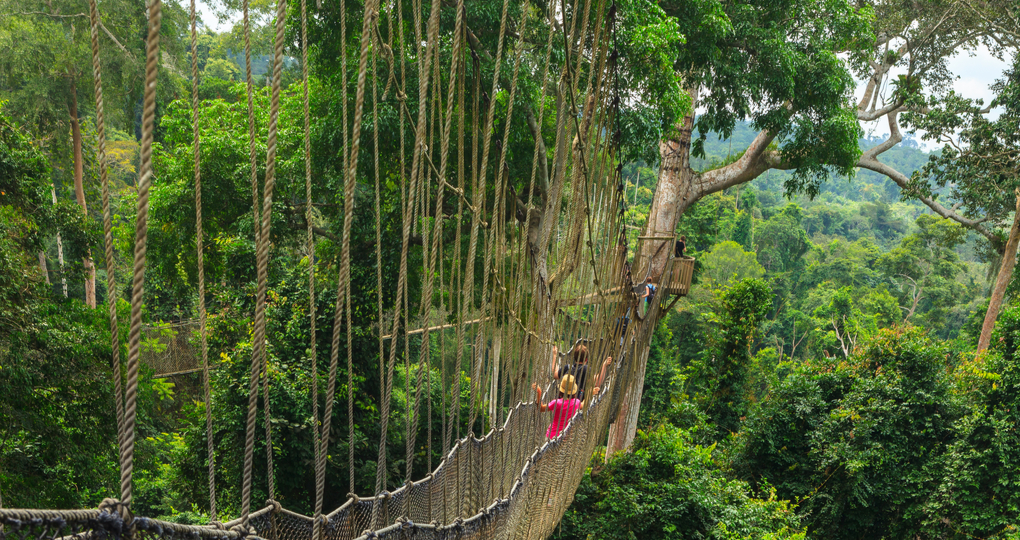 As always, there are some basic facts you should know about these West African nations when planning a trip. Like many African nations, Ghana, Togo, and Benin alternate between wet and dry seasons. The nations are hottest in the early spring, between March and May. May through October is rainy, with some periodic dry spells along the coast, but it’s generally uncomfortable for travellers who don’t want to be rained out. November through February is the best time to visit the countries, as the weather is warm, but not hot, and it’s relatively dry. During the dry seasons, animals are most plentiful in the national parks and you have the best chance of reaching some of the most remote parts of the country without running into transit problems.

As for communication and transportation, locals speak English in Ghana as well as a variety of local languages, so you shouldn’t have many problems communicating. The country is the largest of the three with the most robust travel infrastructure, so it’ll be the most accommodating of North American travellers. The locals speak French in Togo and Benin, as well as a variety of local languages, but travel professionals speak English. Because of language and infrastructure, it’s best to book private tours that handle your transportation for you.

As for health, you should stick to bottled water in all three countries. As well, it’s necessary to provide proof of a yellow fever vaccination before visiting. It’s also smart to take malaria pills if you want to visit remote parts of Benin.

Goway offers several packages to West Africa, ranging from 4-day city-focused visits to in-depth tours across all three countries. While travel has changed so much over the past year, we’re hopeful that the year ahead will bring with it a return to travel. We want to offer travellers the opportunity to explore the world in all its fabulous complexity whenever they do head on their next vacation. Expanding into Ghana, Togo, and Benin is a concrete way of demonstrating our belief in the power of travel and offering travellers the chance to explore fascinating destinations that don’t make it to the front page of travel sites.

FIRST-CLASS | PRIVATE-GUIDED: Uncover the history and culture that makes Ghana a must-visit destination. Explore historic forts and slave castles, meander through bustling markets, spot elephants and monkeys on safari drives, and immerse yourself in Ghanaian traditions as you traverse the West African nation.

FIRST-CLASS | PRIVATE-GUIDED: Perfect for those with limited time, this 9-day Ghana tour explores the iconic sites and cultural landmarks the country has to offer. Explore the capital Accra, see historic slave forts and castles near Elmina, and learn about the Ashanti Kingdom in Kumasi.

FIRST-CLASS | PRIVATE: Spend two weeks immersed in the rich culture and history of West Africa. Explore three of West Africa’s most interesting countries, Ghana, Togo, and Benin, by visiting capitals, touring markets, and learning about the rich history of the region at castles, temples, and palaces.