So where is everyone planning to go? Luckily, as the experts in tailor-made travel for globetrotters, we’ve got the answer. The following destinations are the top 10 trending destinations at the moment. Some of them are open to travel already, while others are planning to open in the near future.

If you want to head on a triumphant first vacation after the pandemic and have a specific destination in mind, don’t wait to book and secure your spot. Demand is high and rising fast. That next vacation may come sooner than you think, so you want to be ready to explore the world at your earliest convenience.

What are the top 10 trending destinations of 2021?

1. The Islands of Tahiti 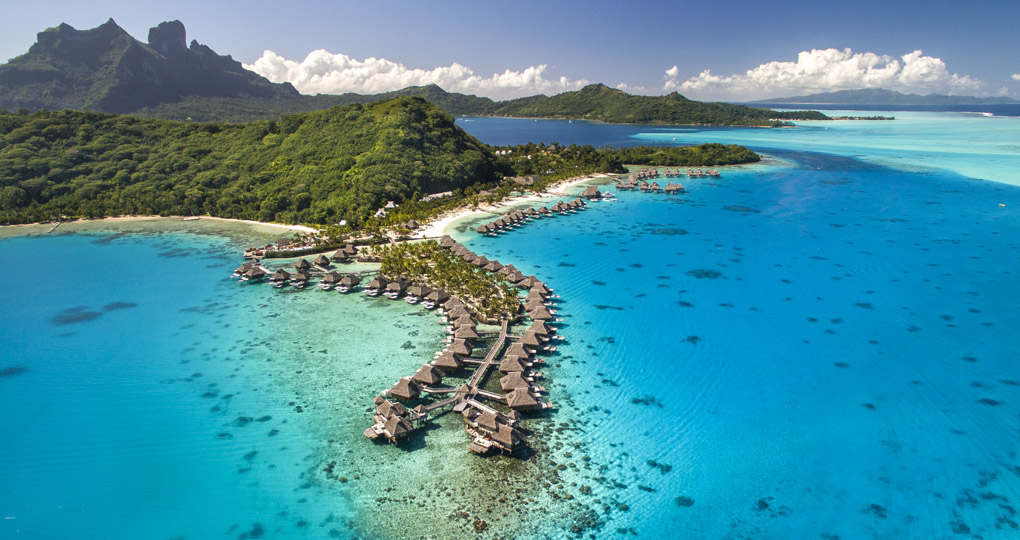 These beautiful islands in the South Pacific were open for parts of last year and have just reopened with new safety measures in place. In any given year, Tahiti, Bora Bora, Moorea, and the other islands of French Polynesia are some of the most popular honeymoon destinations in the world. Their turquoise lagoons, verdant mountains, and breathtaking overwater bungalows are tantalizing at any time in any year. This year, they’re even more precious and offer the kind of perfect antidote to the isolation and humdrum realities of the past year. So it’s no surprise that people want their first vacation after the pause of 2020 to be a relaxing stay in an island paradise. 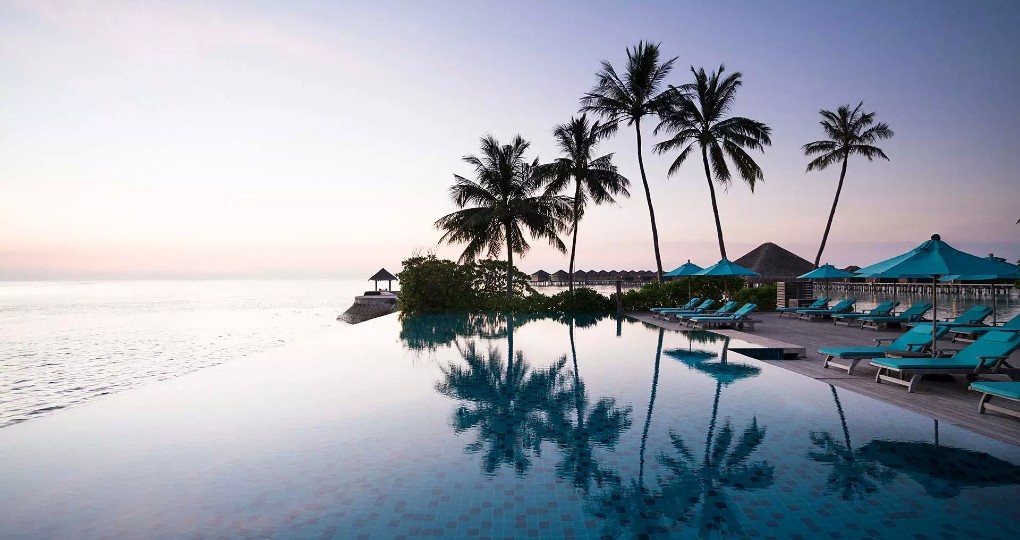 Like The Islands of Tahiti, the Maldives promise paradisal comforts after a year stuck mostly indoors in confined spaces. The Maldives are currently open to travellers and their hundreds of coral atolls afford space and privacy while relaxing in-destination. The appeal of the Maldives is the perfect weather, private island resorts, and opportunity to have the beaches and waters largely to yourself. What’s not to like after such a lousy year? 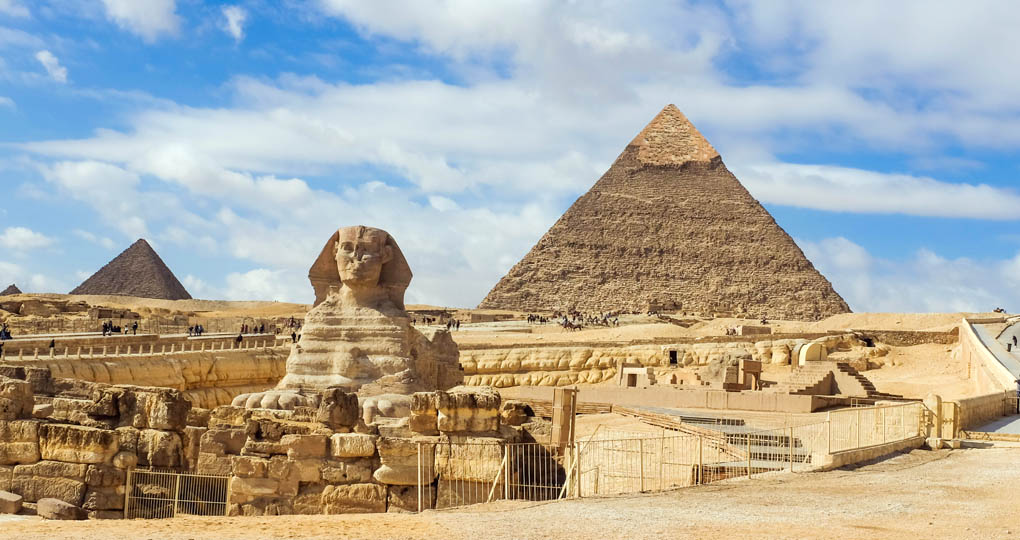 The past year spent at home has made people want to cross items off their bucket list at their earliest convenience. Egypt—home to Cairo, the pyramids, the Nile River, and the tombs and treasures in the Valley of the Kings and Valley of the Queens—has more bucket list items than most destinations on the planet. And that’s before even mentioning the beach resort area of Sharm el Sheik on the Sinai Peninsula, where travellers can enjoy a luxury beach stay with some of the best snorkelling in the world. Thus, it makes perfect sense that Egypt is hot right now. (In fact, if you’ve ever been, you’ll know that Egypt is often hot in the literal sense, but that’s beside the point.) Right now, Egypt offers travellers the chance to experience one of the world’s great cultures and to gaze upon some of the most cherished treasures of the ancient world. The country is open to travellers, so you can currently take advantage of one of Africa and the Middle East’s most popular destinations without the crowds that ordinarily come with it. 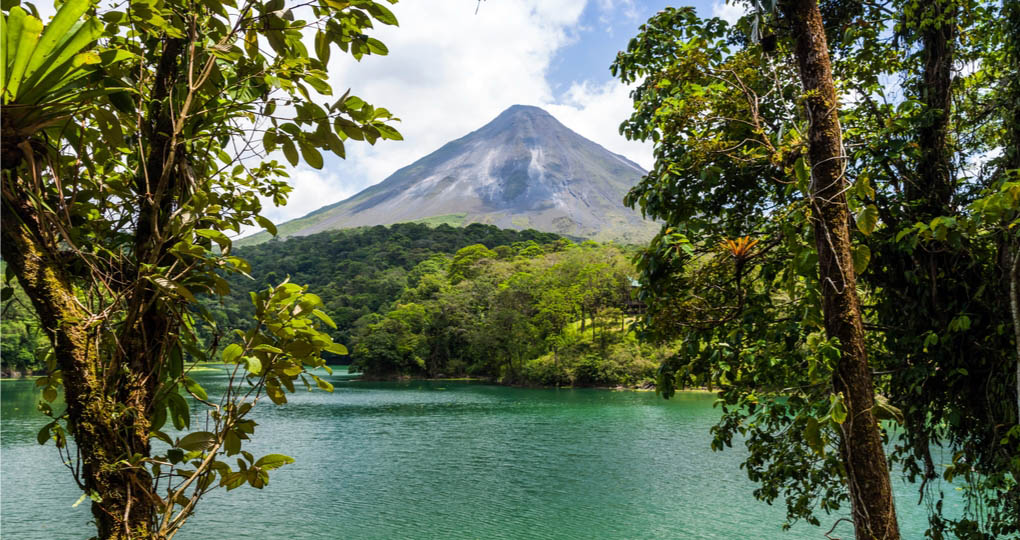 The Central American nation of Costa Rica splits the difference between several other destinations on this list. It offers natural adventure, some cultural touchstones, and beach relaxations all in one compact and drivable landscape. It’s currently open to international travellers, so you can rent a car and explore on your own or pair together a beachside resort stay in Manuel Antonio National Park with some nature excursions to Arenal Volcano and the Monteverde Cloud Forest. It lets you get outside and enjoy nature at your own pace. 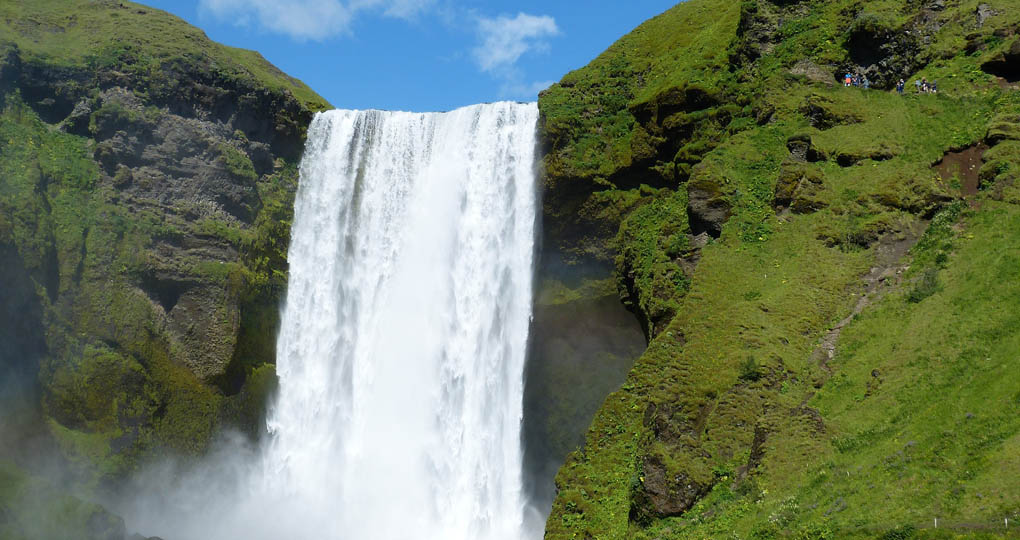 As mentioned above, the past year has left most of us craving time in nature more than ever before. Iceland has some of the most beautiful nature on the planet. It’s also only a short and convenient flight away from North America and is an ideal country to drive around in, which lets you keep your space from other people—Iceland did physical distancing before it was popular. The country is currently open and has even waived its quarantine for fully vaccinated travellers. It’s the perfect spot to get out on the open road and explore geysers, glaciers, and some of the world’s most beautiful waterfalls. 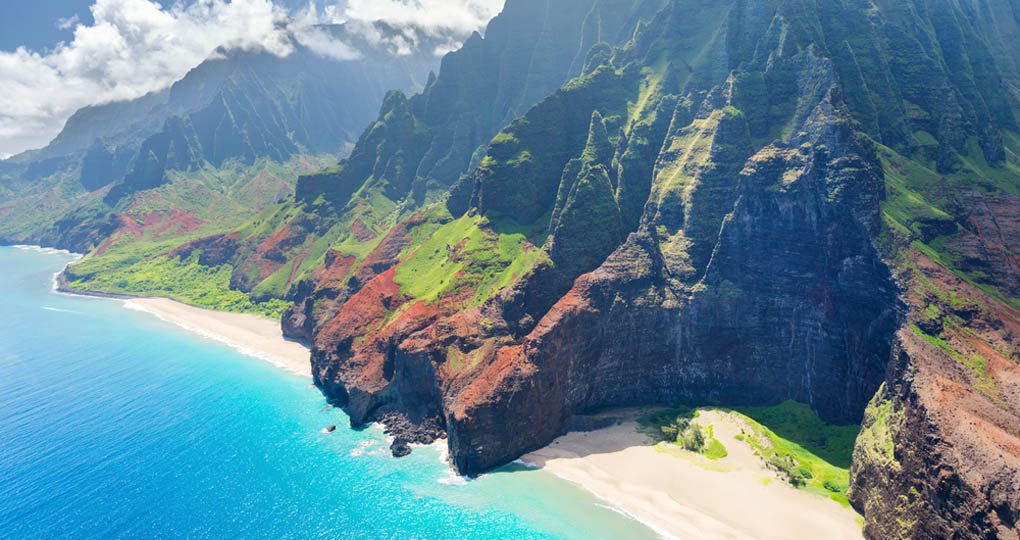 For American travellers, Hawaii has been a godsend over the last year. It’s a place that offers stunning natural landscapes, sandy beaches, and the chance to relax without even leaving your national borders. For everyone else, Hawaii is just as appealing, as it’s currently open and offering travellers the chance to swim off famous Waikiki Beach, learn about the tragic history of Pearl Harbor, cruise along the breathtaking coastal highways, and hike to some of the coolest volcanoes on the planet. 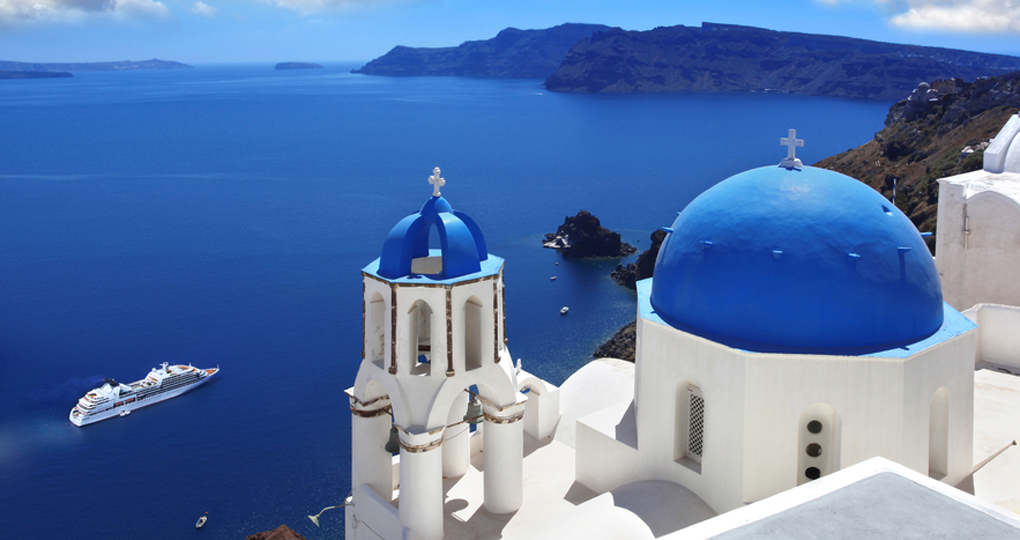 Greece offers beaches, ancient culture, and some of the freshest food and drink in all of Europe, so no wonder it’s so appealing right now. It’s currently open to travellers, whether they want to delve into the history of ancient Greece in the capital Athens and along the Peloponnesian Peninsula or jump between the fabulous islands of the Aegean, including Mykonos, Santorini, and Crete, and soak up the sun and warm waters at their sandy beaches. 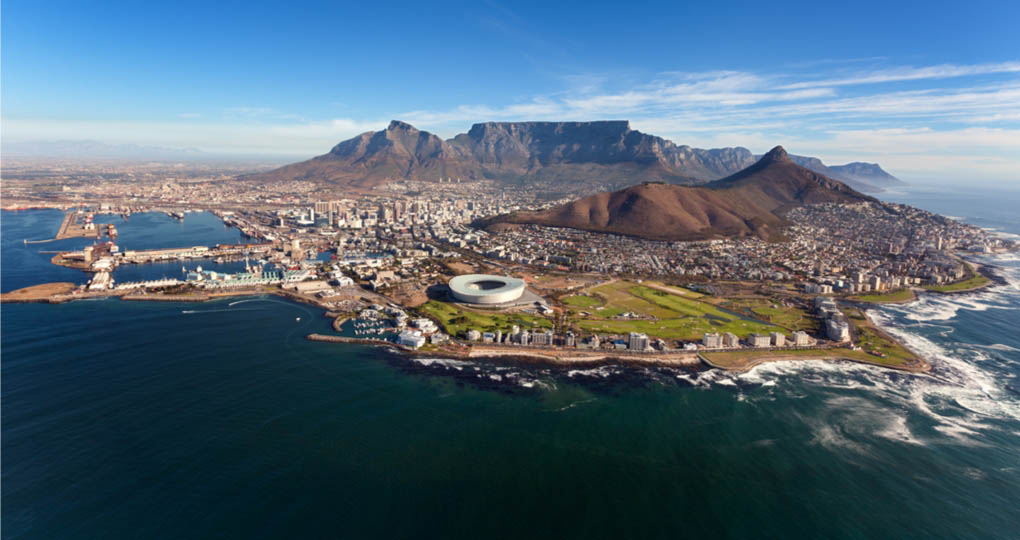 South Africa is often called “a world in one country.” After the pandemic, travellers want to see as much of the world in one trip as they can to make up for lost time, so they’re planning to head to a country that has it all. South Africa’s borders are currently open. Travellers can get their culture fix with a trip to Cape Town to see the bright colours of the Mother City or trace the history of Nelson Mandela in Johannesburg. They can hit up the winelands along the Cape or enjoy the beaches of KwaZulu-Natal along the southeast coast. And let’s not forget the game viewing opportunities. Great Kruger National Park offers some of the best animal viewing in the world, and a good opportunity to spot the Big Five in the wild, but you’re not limited to the northeast if you want to see giraffes, lions, and elephants. Culture, history, wine, beaches, and some of the world’s most beloved animals—sure sounds like South Africa has it all. 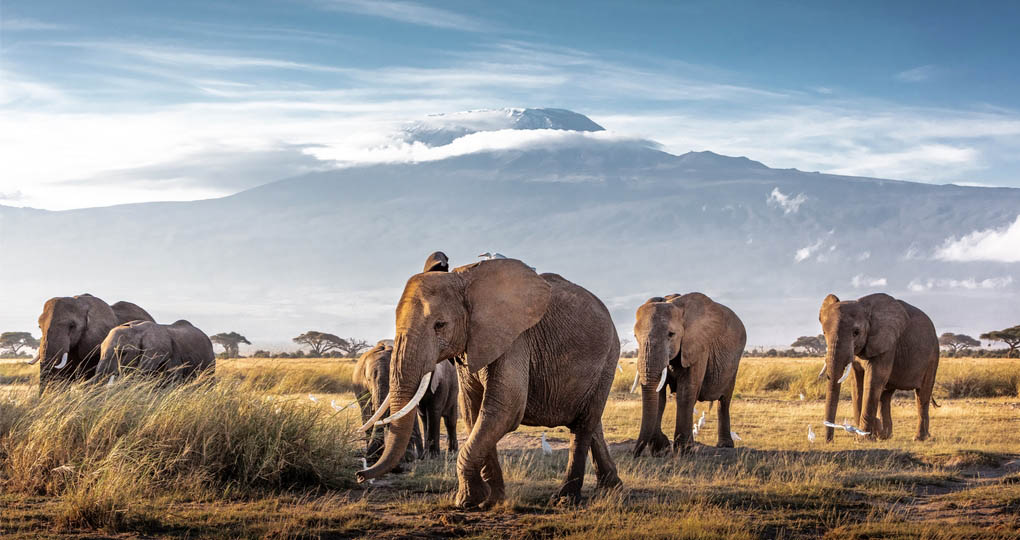 Kenya has always been synonymous with safaris and that hasn’t changed, even over the past year. In fact, there’s an argument to be made that the current moment is the best time to head on safari because it promises open spaces and a once-in-a-lifetime chance to have the East African wild all to yourself. Kenya is currently open to travellers and remains popular with people planning that dream safari for now or the near future. It’s another bucket list destination that people are pining to see and making concrete plans to see at the earliest chance. 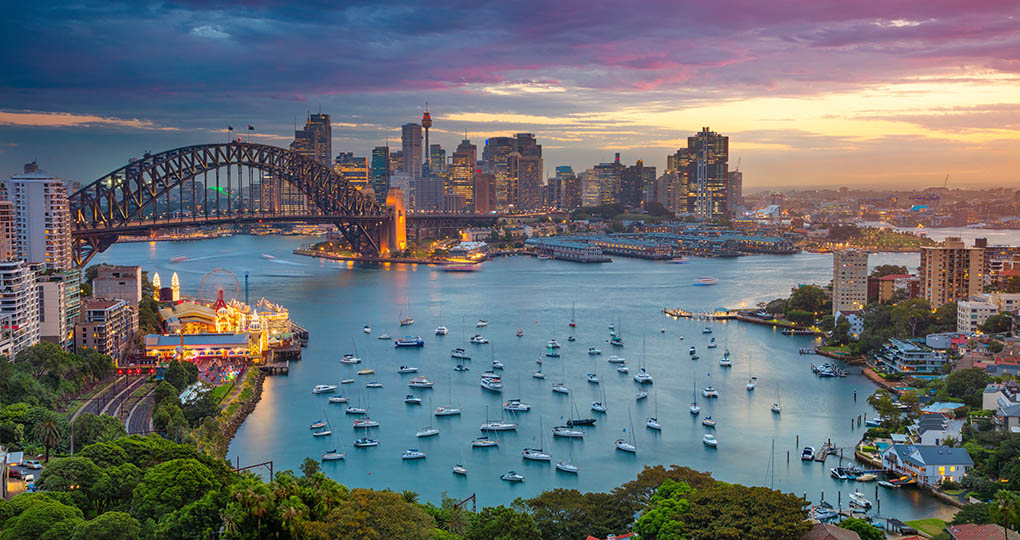 Australia is the ultimate “plan for the future” destination. It’s not open to international travellers yet, but it will be in the near future, and people are already metaphorically lining up to be the first to explore the Outback, snorkel through the Great Barrier Reef, and share the wild with kangaroos, koalas, and wombats. Many travellers treat Australia as their ultimate travel destination. Since Australia is so big and so far away, people want to get their time and money’s worth and see as much of the country as they can in one go. The pandemic has only amplified this feeling. If you want your first post-pandemic vacation to be one you’ll remember for the rest of your life, you can do no better than make it a trip to Australia, where some of the world’s greatest wonders promise to change the way you see the world forever.