Starting this month, travellers can explore the nation of Qatar with Goway. For many years, Goway has worked with Qatar Airways, one of the world’s leading airlines, to provide air travel to destinations all around the world. It was only natural for us to go one step further and start offering vacations within Qatar as well.

Qatar is a country on the rise. The World Cup will be the grand coming out party for the nation, but there’s more to the country than its platform for the biggest football competition in the world. It’s a nation with an abundance of cultural highlights, including world-class museums and a rising food scene. It has deep traditions that contrast beautifully with the 21st-century vibe made possible by the oil and gas boom. It’s set against the backdrop of a startling desert that offers plenty of adventure travel options, as well as a gulf that makes for a perfect beach escape. And to top it all off, it’s a great stopover destination, with easy air connections to hotspots around Europe, Africa, and Asia.

Whether you explore by city, desert, or sea, Qatar has something to be excited about.

What is there to do in Qatar? 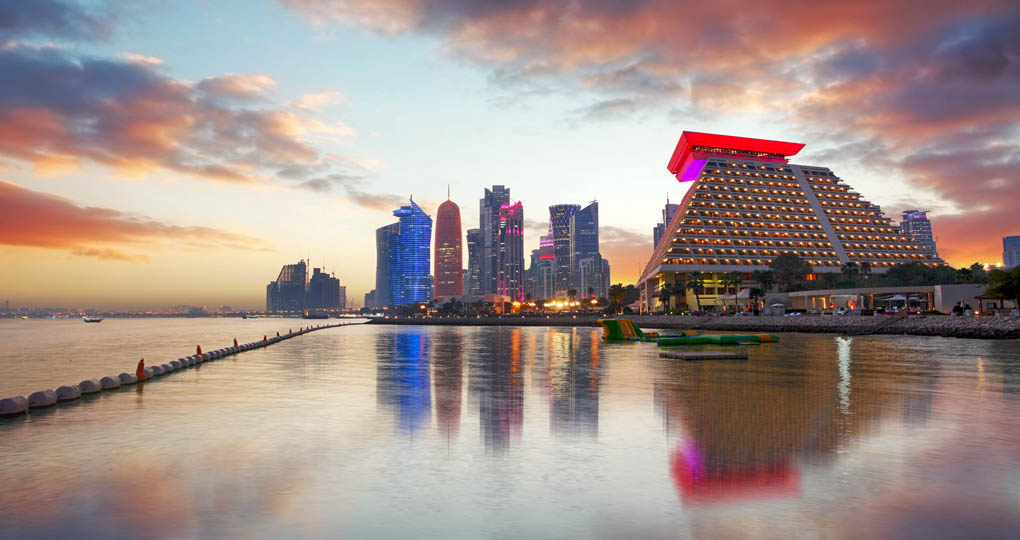 At first glance, Qatar’s capital, Doha, may seem similar to some other cities on the Arabian gulf, but there’s more to it than meets the eye. It’s the centre of the nation, with over 80 percent of the Qatari population living within its borders. It’s one of the rising stars of the 21st century, with towering skyscraper developments that look like glass obelisks rising from the sands of the desert. The man-made island of The Pearl-Qatar defines this part of the city better than any other. It’s a 4km strip of residential and commercial properties jutting out into the gulf that embodies the promise of a city that looks like it materialized seemingly out of thin air (or sand).

The Katara Cultural Village just to the southwest of The Pearl-Qatar promotes cultural exchange with its assortment of state-of-the-art facilities and arts spaces, including galleries and a planetarium. But Doha is not all man-made islands and towering glass skyscrapers. It’s a place with a strong cultural heart that proves the perfect juxtaposition to the flashy postmodern architecture.

Souq Waqif is arguably the heart of the city. This marketplace near the city centre is your go-to place to barter for textiles, take in the intoxicating aroma of Arabian spices, and buy some trinkets to take back home. You’ll find other souqs nearby, while if you head north to Dhow Harbour, you’ll reach the Museum of Islamic Art, which holds one of the world’s greatest collections of Islamic artifacts. The museum is particularly renowned for its collection of Islamic manuscripts dating back 1,300 years, but even if you aren’t the biggest history buff, you’ll find much to admire in the museum’s architecture. The white-washed exterior is reminiscent of a pyramid constructed entirely of right angles, while the interior is awash in interlocked walkways, staircases, and geometrical patterns that bring traditional Islamic design together with sleek 21st century presentation.

Head a few blocks to the southeast and you’ll reach the National Museum of Qatar, your best spot to discover the nation’s history and chart its cultural and economic transformation from a desert nation known for pearl diving to an oil and gas giant. Beyond the history and cultural landmarks, Doha is a city with an enviable food scene. It won’t take long for you to smell the first hints of machboos wafting through the open doors of a restaurant, inviting you inside to feast on this aromatic stew served on a bed of biryani. Beyond the Qatari cuisine, you’ll find restaurants serving dishes from all over the world, from Indian to Peruvian to Filipino. Souq Waqif and the Katara Cultural Village are great spots for dining, but don’t limit yourself to the trendiest spots. You’ll find great street food and restaurants around seemingly every corner.

DELUXE | PRIVATE-GUIDED: Discover Qatari cultural traditions and tour futuristic cityscape on this trip to Doha, the Qatari capital. Try out local flavours and do some bartering in Souq Waqif, see city landmarks on a private tour, and experience Arabian hospitality with a private coffee experience. You’ll also head on a desert adventure to the Inland Sea.

Go on an adventure in the desert 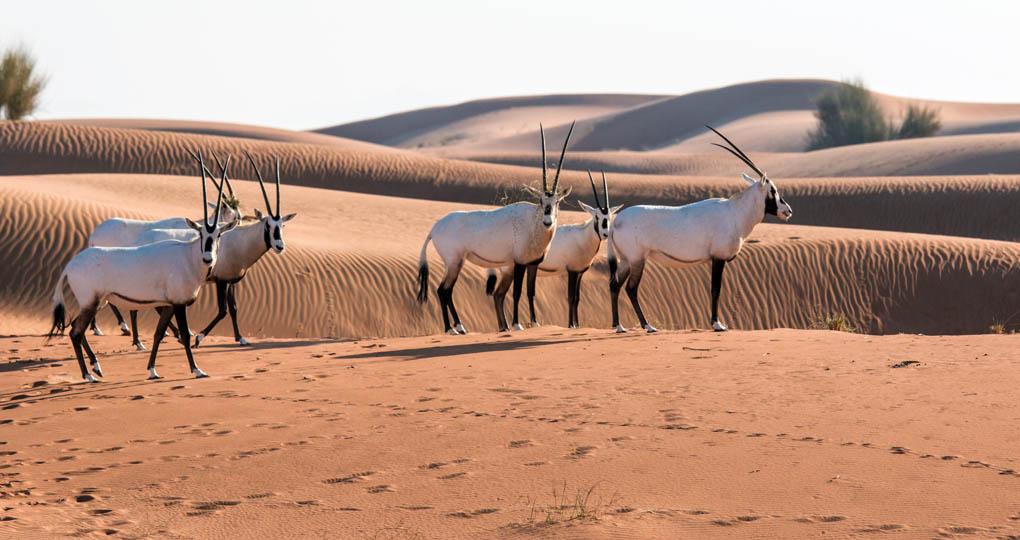 You don’t have to stick to Doha on a Qatari vacation, although odds are you’ll spend much of your time there. The desert lies just beyond the city limits and is the chief attraction for adventure tourists. This awe-inspiring landscape of shifting sand dunes, rock valleys, and hidden oases rewards travellers with dunes for bashing, vistas for photographing, and sunsets that will take your breath away. Book a desert safari to spend a day in the desert and ride across the dunes on a camel or dune vehicle. While there’s no one true road in the desert, most roads lead to Khar al Adaid, the Inland Sea, a UNESCO-listed nature reserve in the country’s southeast. The sight of its blue waters is your reward for an afternoon spent in the desert. Go swimming or even spend the night camping by its shores.

Highlights of Doha and The Desert

FIRST-CLASS | TAILOR-MADE: Explore the city and desert on this trip to Qatar. Start in Doha, where you'll explore Souq Waqif and tour the futuristic city lit up at night. Then connect to Regency Sealine Camp outside the city for a two-night desert safari, with luxury tent accommodations and adventure activities on the dunes.

Relax along the waters 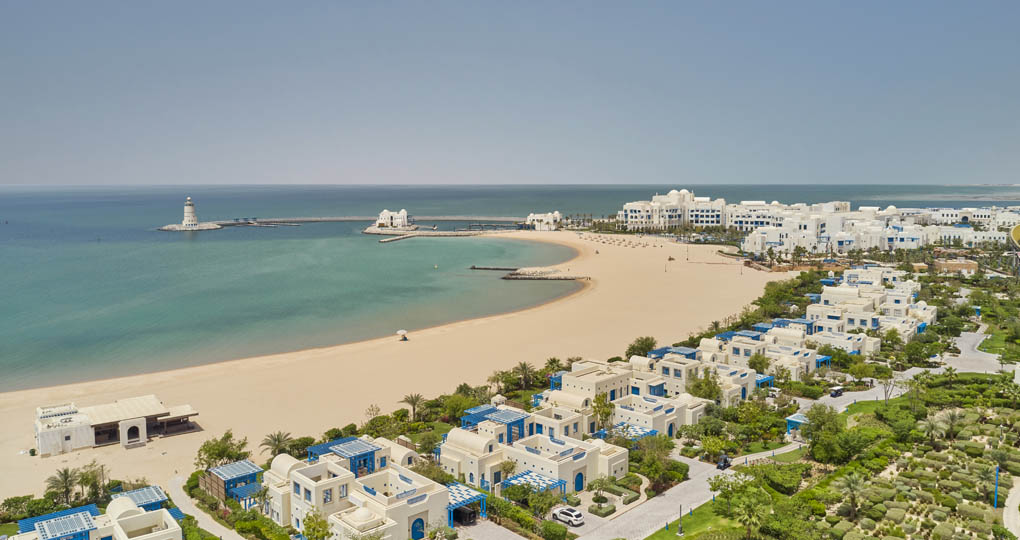 Qatar is surrounded by water on three sides, making it an ideal beach destination, even if you wouldn’t immediately think of it as one. The weather is warm year round and you don’t have to go far to find beaches to relax at. You can stay in Doha and hit up some of the popular city beaches, including Katara Beach, right near the cultural village, or Wakrah Park Beach just to the south of the airport. But you’ll find the best beaches in the country’s southwest near Abu Samra, where resorts line the waters and long sandy beaches offer you endless opportunities for fun. If you’re travelling with family, be sure to book a few days at a resort near Abu Samra. You can take advantage of the beaches along the inlet of the gulf, as well as visit Desert Falls Water & Adventure Park, one of the largest water parks in the Middle East. Some resorts include admission to the park in their accommodation packages.

DELUXE | PRIVATE-GUIDED: Get the best of a city break and beach holiday in one convenient package. Experience the rising star of the Arabian Peninsula, the capital Doha, explore Qatari cultural traditions, and head on a desert safari. Then connect to a beach resort at Abu Samra for several days of sun in the fun, which includes a pass to Qatar’s largest waterpark. 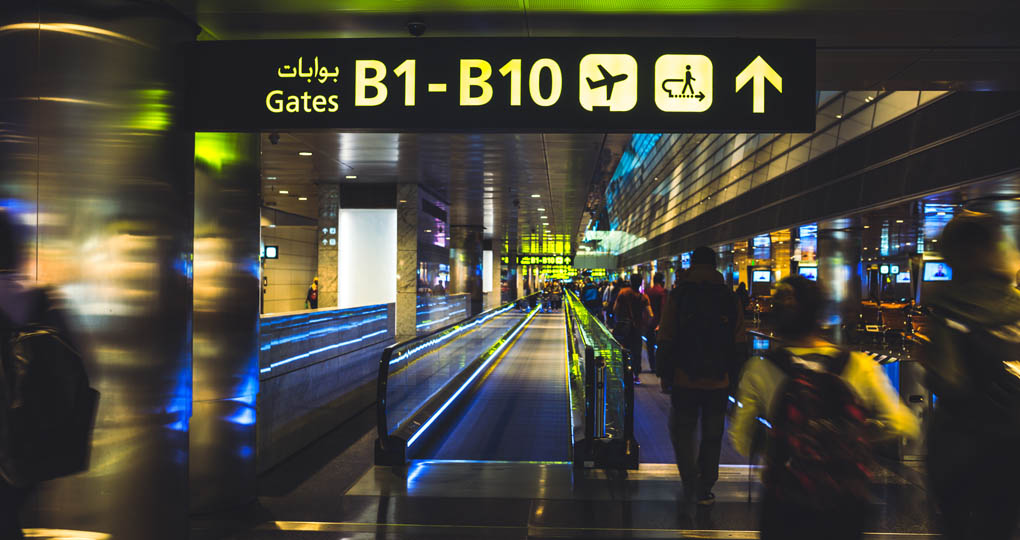 Qatar is a great spot for a standalone vacation, but it also works wonderfully as a stopover option to other destinations in Asia, Europe, Africa, and the Middle East. Take advantage of air routes with Qatar Airways and spend a few nights in Qatar at the start of your trip or cap things off with a few days in the desert. Goway offers Qatar stopover options on longer vacations to South Africa, where you can explore Cape Town and go on safari, Tanzania, where you can experience the wonders of the Serengeti, and Jordan, which makes for a great Middle Eastern combo tour.

FIRST-CLASS | TAILOR-MADE: Combine a South African city and safari vacation with a stopover in Qatar. Explore Cape Town, South Africa’s beautiful Mother City, before you connect to the Kapama Game Reserve for three full days of safari game drives. Connect onwards to Qatar to cap off your vacation in Doha, the futuristic Qatari capital.

There are many ways to experience Qatar, whether on its own or as a stopover to other parts of the world. Get in touch with a Goway Destination Specialist or your trusted travel agent to learn about all the ways to experience this oasis in the gulf. And if you are planning to book, don’t delay. It’s a new star in the Middle East and rising fast.

This article is sponsored by Qatar Tourism.