7 Places to Go Local & Experience the Wonders of Korea

It’s time to reconnect. Over the past few years, we’ve been isolated and missed out on the essential human connections that make life so meaningful. Now, finally, we can travel and go local in parts of the world where meaningful experiences are possible. And there are few better places to go local than South Korea.

South Korea is a big country in a relatively small area, with over 51 million people in its 100,000 square kilometres. Within that space, there is a startling amount of variety, from local cuisines to local customs to diverse natural environments offering unique travel experiences. It’s an easy country to get around in, with one of the most advanced transportation systems in the world. Hop on a train and easily jump from city to city and region to region to experience signature dishes, gorgeous landscapes, and unforgettable history.

No matter what time of year you visit South Korea, you’ll find something to do, as it’s a country with four distinct seasons and an embrace of seasonality and locality, meaning you’ll enjoy completely unique experiences depending on when you visit. It’s a place to celebrate the opportunities that travel offers.

But with 15 UNESCO World Heritage Sites and countless spots of cultural, historical, and natural significance, it’s a destination with a lot of travel options. Where should you go local to experience the wonders of South Korea? We’ve got a few recommendations. Visit our website to learn more about all our vacation packages to South Korea. And when you’re ready to plan, get in touch with a Goway Destination Specialist.

Where to go in Korea for unforgettable local experiences? 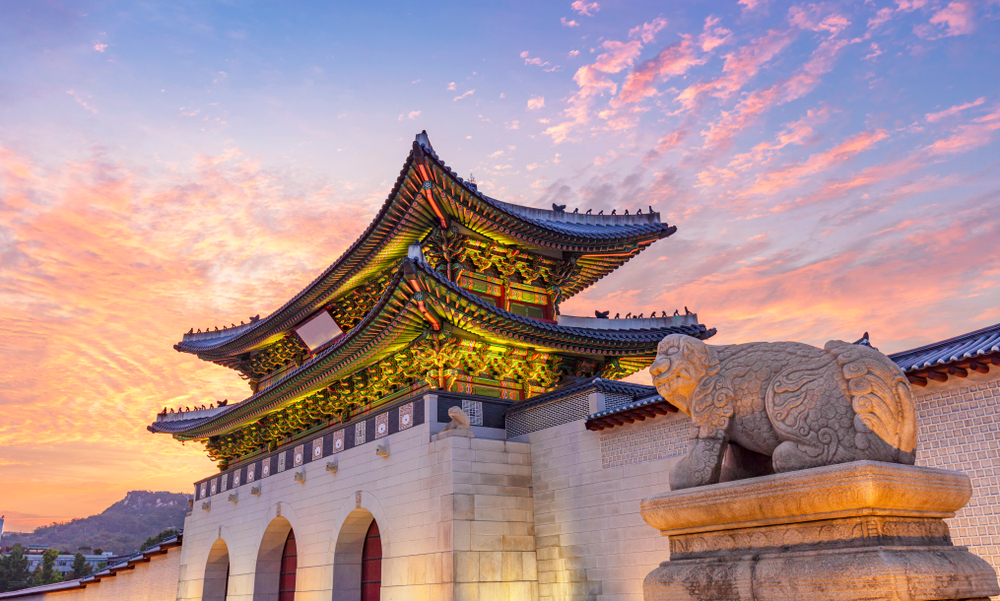 This is the largest of the Five Grand Palaces of the Joseon dynasty, and arguably the most beautiful. It dates back to 1395 and is located in the north of the capital Seoul. If you want to experience the heights of Korea from when it was a powerful kingdom in the Middle Ages, this is a must-visit spot. You can explore the 14 restored buildings, including Gangnyeongjeon, where the king lived, as well as other notable sights such as Gyeonghoeru Pavilion and the gorgeous Hyangwonjeong Pond, which both survived Japanese attacks in the 16th and 20th centuries. 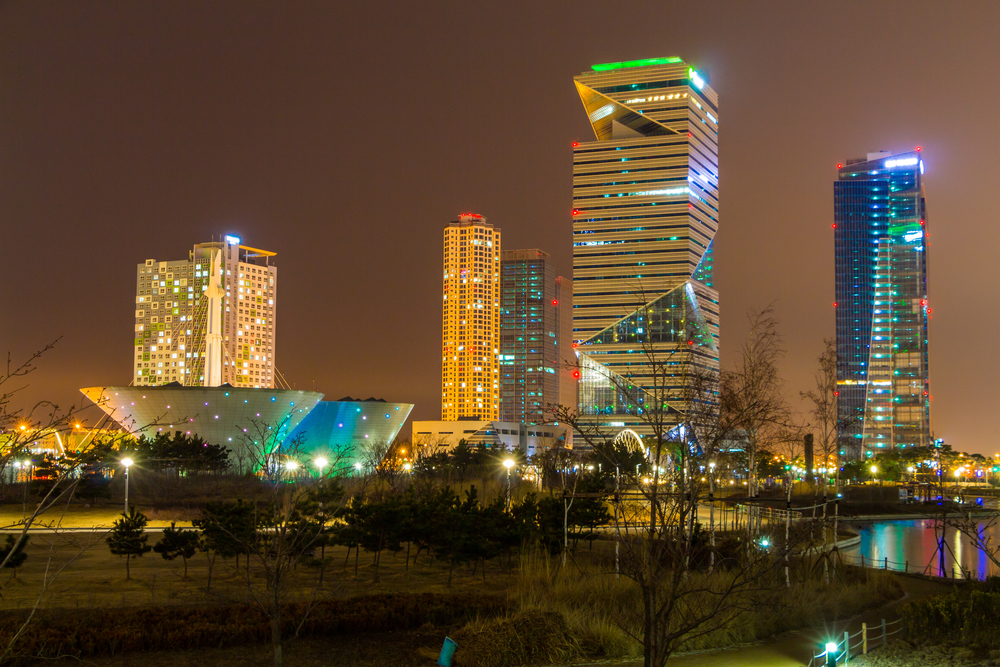 This arts and culture complex is exactly what it sounds like: three large buildings that look like rice bowls floating on water, with curved floors and flat roofs. The design is meant to symbolize the harmony of Incheon, a city that connects the sea, earth, and sky. Inside, you’ll find conference and performance venues, art exhibitions, and office space, making it a great place to explore for visitors and locals alike. It’s a great spot to head to in the evening, as it affords spectacular views of the Songdo district. It’s one of many newer attractions drawing visitors to Incheon, the massive city and transit hub to the west of Seoul and the site of the international airport. 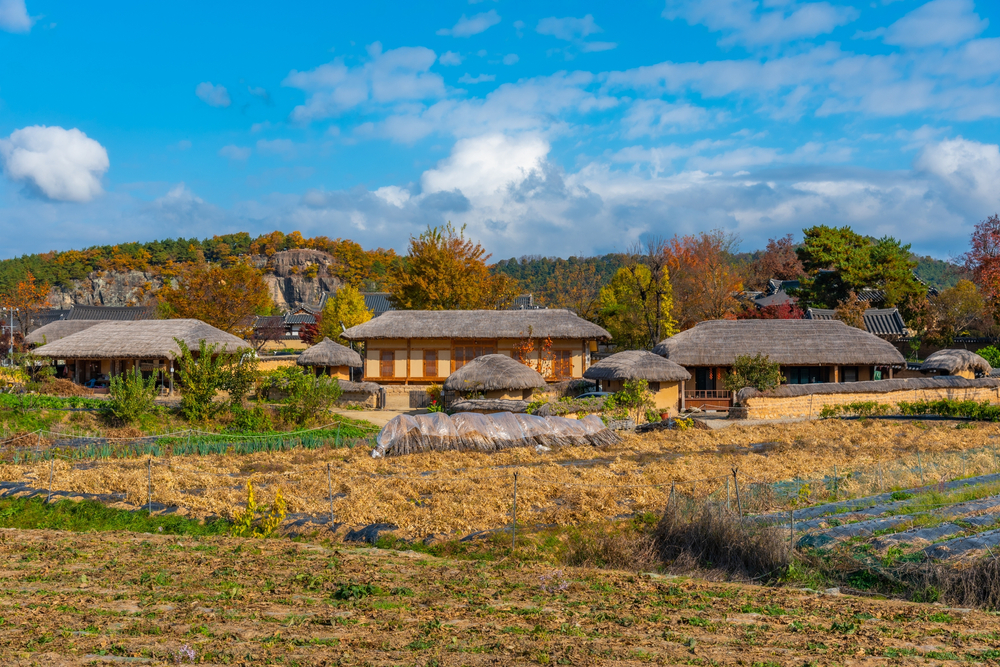 This traditional village in the central region of South Korea dates back to the 14th century and is arguably the most famous folk village in the country, attracting around a million visitors every year. While Gyeongbokgung Palace in Seoul offers a chance to see the opulence of the Joseon dynasty, Hahoe Folk Village is more about the typical rhythms of daily life in the period. It’s a place to learn about historical traditions, see the period architecture of both aristocrats (tile roofs) and servants (thatch roofs) alike, and meet some of the 230 residents who have kept traditional life going within the village walls. 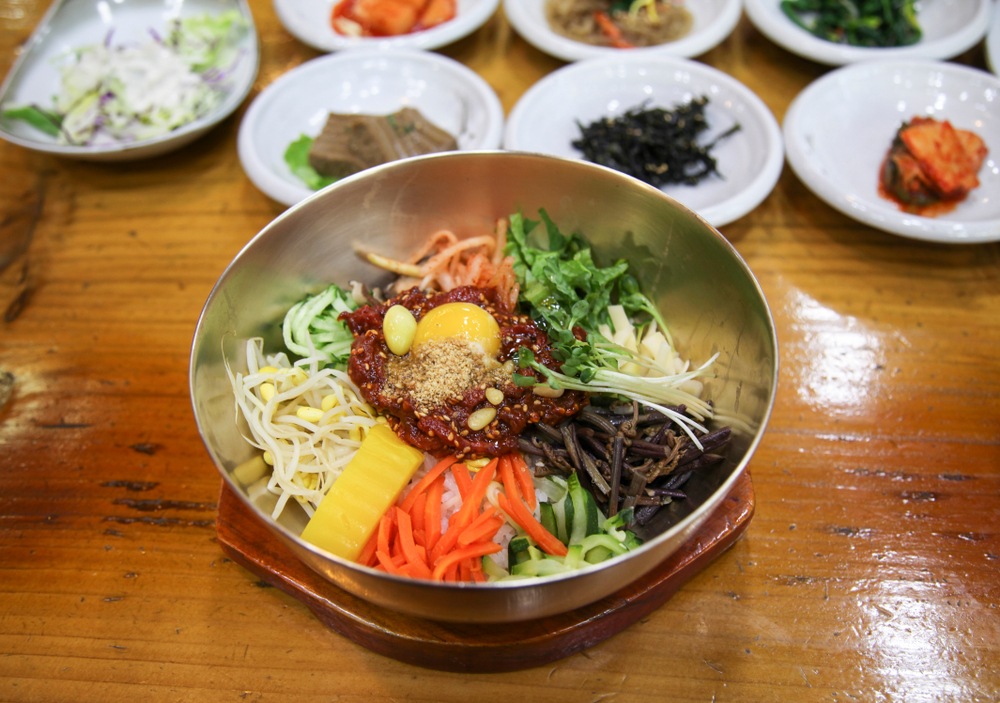 This traditional village is another great spot to see the architecture and traditions of the Joseon dynasty maintained to this day. But it’s also a great launchpad for a food tour through Jeonju, which is the nation’s foodie capital and the birthplace of delicious bibimbap. After admiring the traditional wooden homes of the village, explore the city’s districts to feast on bibimbap and other culinary delights. Hankook Jib was the first restaurant to sell bibimbap but there are countless other restaurants across the city that offer delicious meals and great variations on this international favourite. 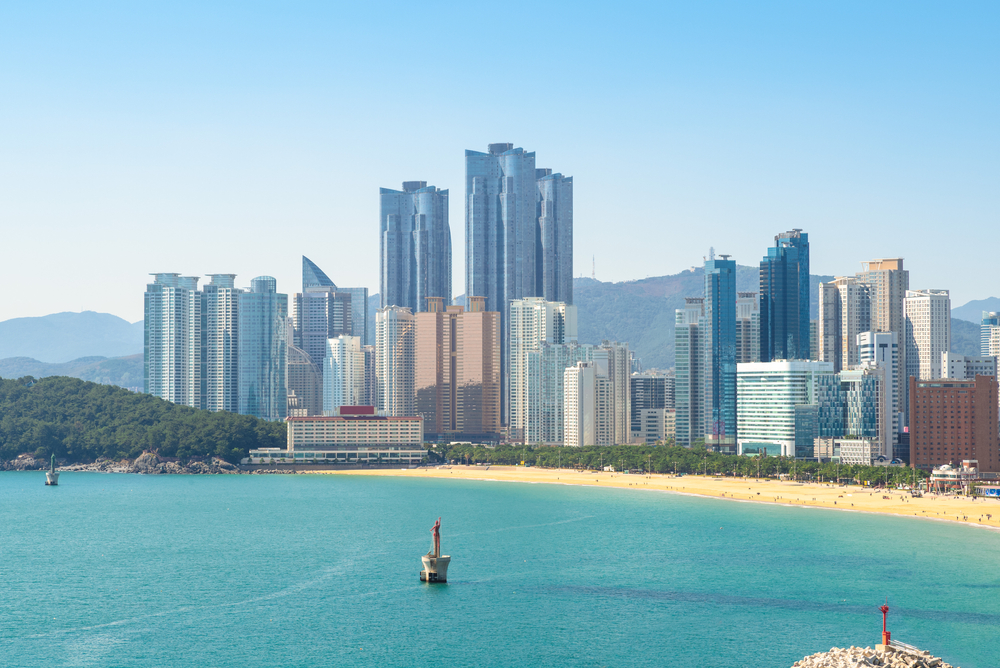 South Korea is deeply connected to the sea, with roughly 2,500km of coastline along three different sea regions. This is one of its most famous beaches, a spot of white sand stretching 1.5km along the Haeundae district of Busan, the nation’s famous port city. The beach hosts festivals throughout the year, so depending on when you visit, you may have the chance to enjoy some shows or unique experiences. However, it’s a great place to swim and lounge in the warmer months. It’s also only a few minutes' walks to Haeundae Market, a great place to shop for traditional goods, as well as the SEA LIFE Busan Aquarium and Dongbaek Island coastal walk. 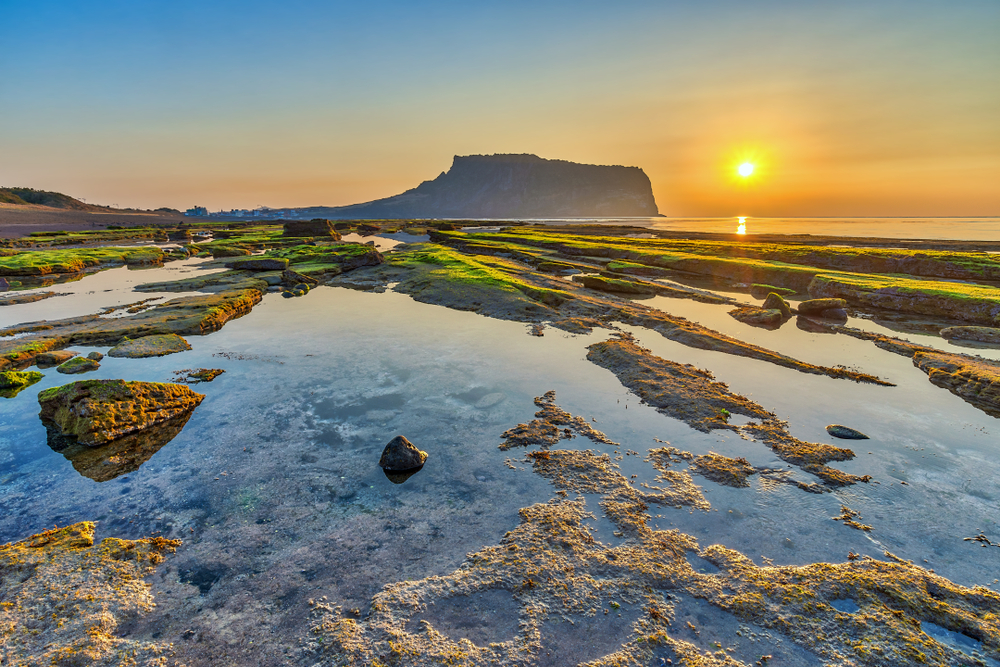 Jeju is Korea’s famous resort island and Seongsan Ilchulbong is arguably the island’s most beautiful spot. It’s the perfect place to watch the sunrise, offering views of the water as well as Udo Island and the rest of Jeju from a 180m-high lookout. The ridge was created only 5,000 years ago when a magma flow under the ocean caused a tuff cone to rise from the island's surface, so it’s extremely young as far as geological formations are concerned. Consider yourself lucky it exists, as it offers the best view in the region. 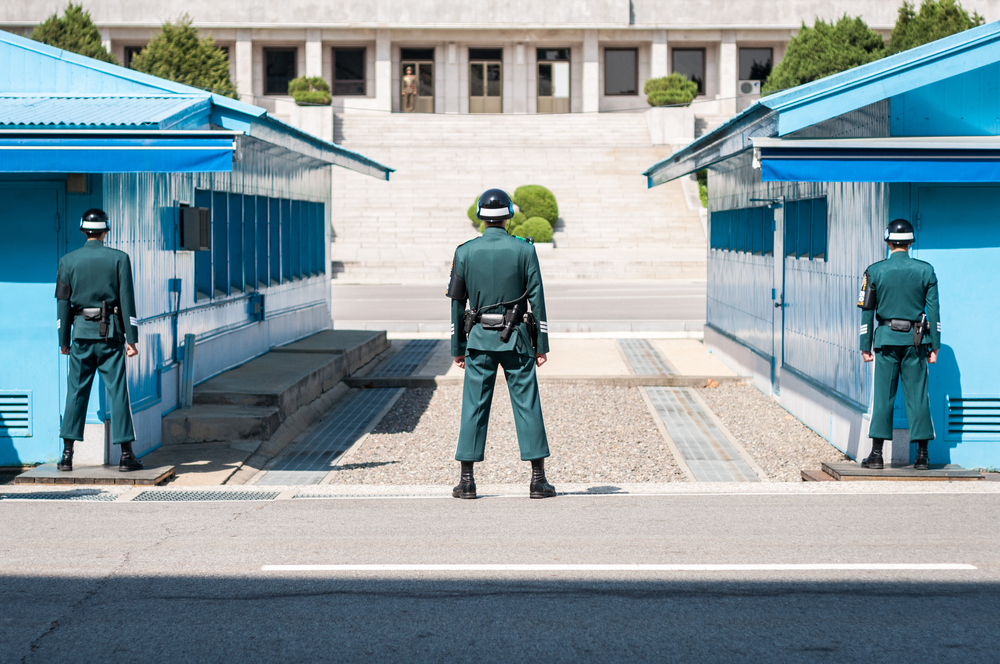 The DMZ offers a cultural experience like no other in the world. It’s the dividing border between North Korea and South Korea, which stretches roughly 250km across the entire northern edge of the nation. Visit the Joint Security Area (JSA) to see where North and South Korean soldiers stand face-to-face and maintain the divide between the nations. If you’re a history buff, the DMZ is a must-visit. Mount Odu Observatory offers 360° views of the entire Korean Peninsula, while Imjingak Nuri Peace Park from 1972 offers a profound reflection on the divide of the Korean people, as well as the hope that reunification will one day happen. The DMZ is also appealing to nature lovers, as the uninhabited area between the nations has transformed into a nature park over the decades. You may be able to spot rare bird life and other species that cannot thrive in more urbanized areas.

South Korea is a nation bursting with possibility. Go local on a trip to South Korea to explore its cherished past, marvel at the designs of its present, and dream about the possibilities of its future.

This article was written in partnership with Korea Tourism Organization.

DELUXE | PRIVATE-GUIDED: With stays in the capital, Seoul, historic Gyeongju and its archaeological sites, the port of Busan and idyllic island of Jeju, this itinerary will give you an excellent insight into Korea.

FIRST-CLASS | TAILOR-MADE: Seoul, the capital of Korea, has over 600 years of history. It is the heart of Korea's culture and education and is unique in that historical sites such as Gyeongbokgung Palace and modern cultural facilities coexist in harmony. Embrace traditional Korean culture and experience customs and lifestyles of the ancient dynasty.