After years hidden away as ‘the industrial city’ far from the bright lights of London, the pretty facades of Bath, or the trendy rhythms of Manchester, Birmingham has entered the new decade refreshed and re-energized. The new ‘Brum’ is more than just the product of a pre-games glow-up. It’s the culmination of years of expanding diversity, along with a growing cultural appetite that’s allowed a top-notch creative scene to flourish, unbattered by the gentrification that’s choked some of its rivals.

Did we mention food? Our apologies. When discussing Birmingham, one should probably lead with food! The city boasts no fewer than 15 restaurants in the Michelin guide, five of which carry coveted Michelin stars. What’s more, the tiny village of Hampton in Arden just southeast of Birmingham is a pint-sized foodie haven with three Michelin entries, most notably Peel’s, specializing in creative British cuisine.

If you’re looking for flavour-packed eats on a budget, head to Birmingham’s renowned Balti Triangle, where one of the world’s favourite curries was first invented by a Pakistani ‘Brummie’ restauranteur. Since then, Balti has spread to become not just a staple at South Asian restaurants worldwide, but a more health-conscious take on curry that sacrifices none of the flavour. There’s nothing like having it in the neighbourhood where it all began. 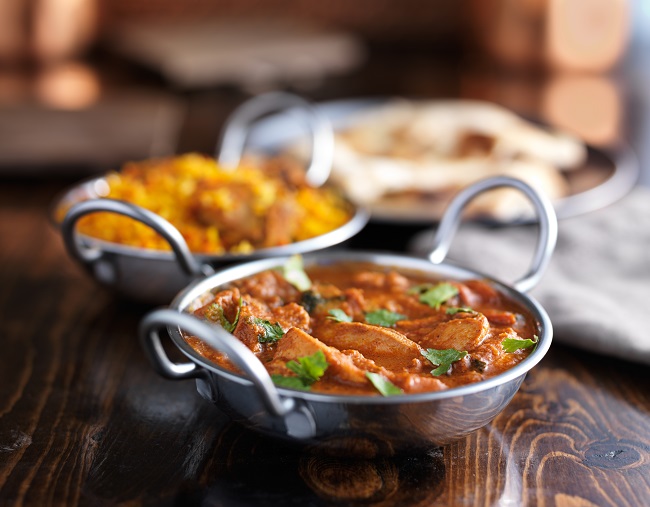 Theatre, Art, and Cultural Hub of the West Midlands

Birmingham holds its own as a cultural powerhouse too. Catch an eyeful of its spectacular Symphony Hall, home of the renowned City of Birmingham Symphony Orchestra. It’s regarded as one of, if not the best concert venue in the UK, both aesthetically, and acoustically. The Birmingham Hippodrome pantomime also ranks as one of Britain’s best, with opera and ballet keeping the stage warm through the rest of the year. The Birmingham Museum and Art Gallery will complete its current renovation in 2024, but you can still check out the Fine Arts Museum, housing modern masters in a fabulous Art Deco building. If that’s a bit sedate for you, culture takes a very different turn at the National Motorcycle Museum, with over 100 restored machines to thrill enthusiasts. The nearby town of Cosford is a must-visit for aircraft aficionados, boasting the RAF Museum with hangars full of decommissioned warbirds. 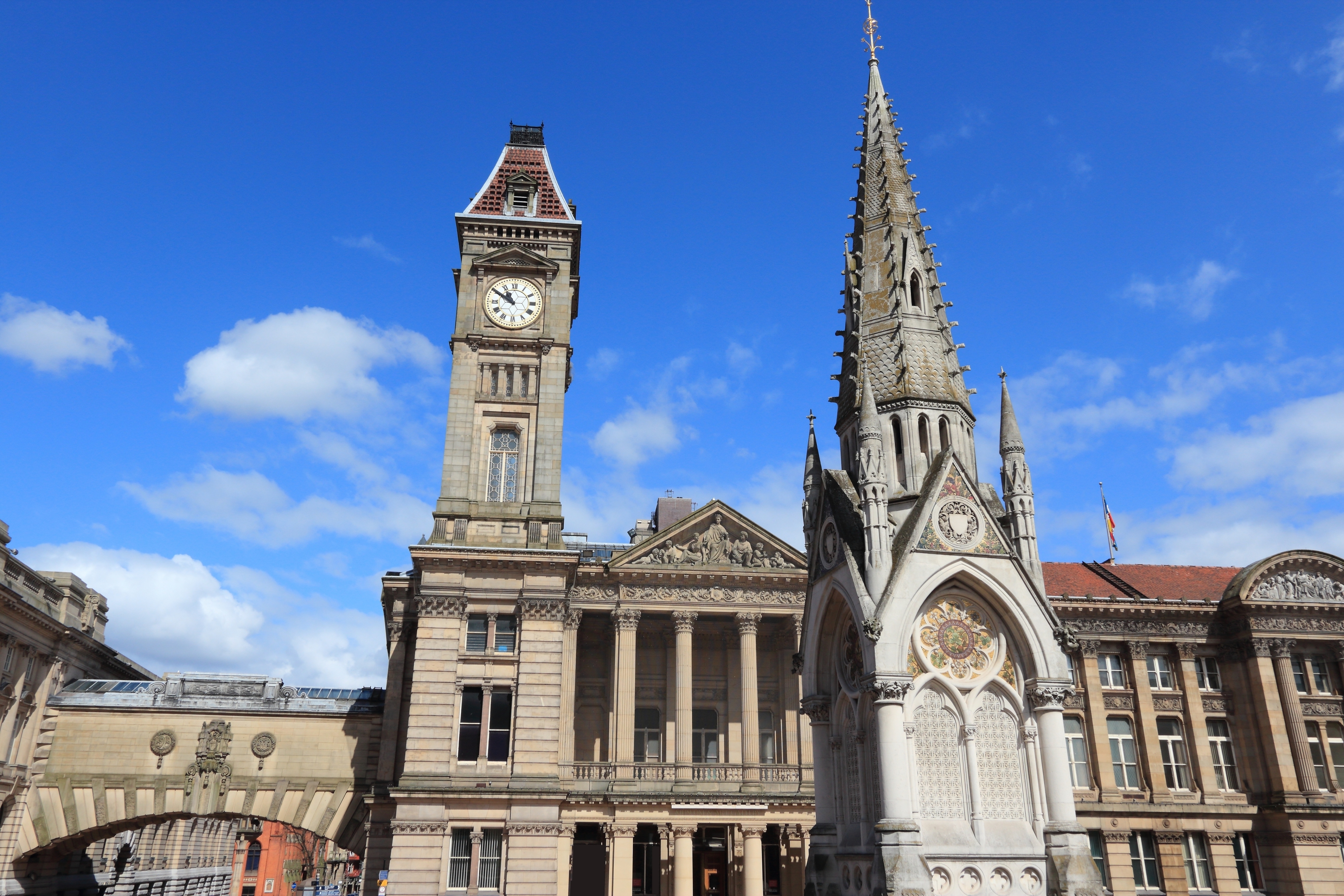 A Story Behind Every Door in Brum

When it comes to historic attractions in England, you can (and should) still elbow your way through the crowds in Bath and York, but Birmingham has a fascinating history all its own. One of Birmingham’s most popular attractions is the ‘Birmingham Back to Backs’ houses, which unveil the city’s working-class history via guided tours each day. The old Jewellery Quarter still delights visitors, albeit more with its history these days than with precious creations, though its museum invites you for an up-close look at how these were made. A walking tour of the district is the best way to understand it, and find some top spots for lunch or dinner while you wander. The area also contains a Pen Museum if you’re serious about your writing implements, or you can even visit a museum devoted entirely to the art of creating coffins.

Historic houses aren’t in short supply throughout England, and Birmingham’s, while less famous, don’t disappoint. Baddesley Clinton is an estate in the Forest of Arden, steeped in lore as a religious haven during the tumultuous Tudor period. Aston Hall is a magnificent Jacobian mansion with symmetrical gardens that draw visitors from around the world, while Winterbourne House offers pure countryside serenity in its botanic gardens. Not all of Birmingham’s iconic structures are stationary either. Take tea aboard the steam-powered Shakespeare Express for a real taste of British rail tradition. 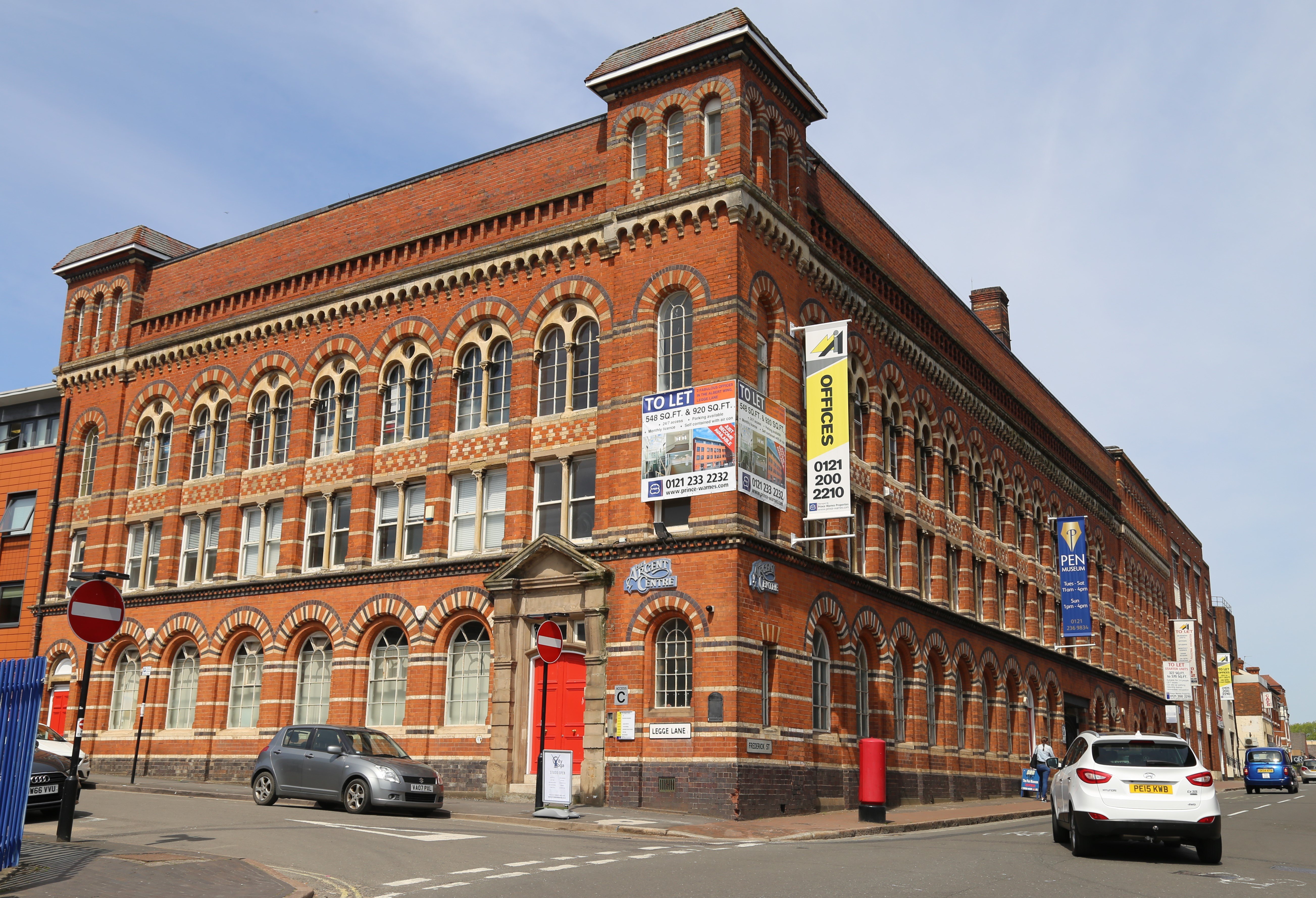 Great Walks Near Birmingham and the West Midlands

If there’s a time-honoured British tradition second in importance only to tea, it’s going for a walk. In the countryside or through the park, the destination and route don’t particularly matter. The British love exploring the natural beauty of their islands. In the West Midlands, on Birmingham’s doorstep, you can enjoy some fantastic scenery away from the crowds. Their most notable region is the Shropshire Hills, just west of Brum, where incredible wildflowers bring colour to the wild, rocky slopes.

Birmingham itself offers plenty of parks, as well as its famous canals, best enjoyed in the historic Gas Street Basin or at Brindleyplace. But you won’t have to go far for some of the most famous walks in the West Midlands.  Take in some history along the Battle of Worcester City Centre Trail. It commemorates one of the largest land battles ever fought in England. The Cut Visitor Centre is a starting point for one of the region’s most popular wildlife trails, while Shrewsbury River Walk invites you to explore one of the region’s prettiest small towns. 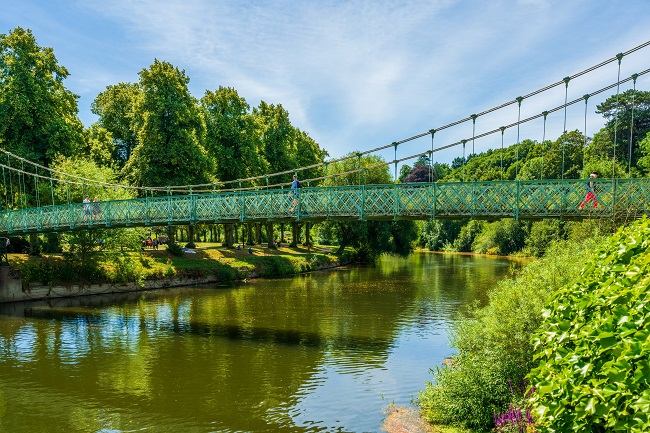 Where to Bring the Family in Birmingham (and Beyond!)

Take London out of the equation, and Birmingham might have more great family attractions than anywhere else in the UK. From the National Sea Life Centre to Legoland, to Thinktank, the Birmingham Science Museum. For the ultimate British sugar hit, tour Cadbury World, devoted to the country’s favourite popular chocolate brand. Thrill ride fans might also want to head north to the legendary amusement park, Alton Towers, home of the world’s first-ever drop coaster. If you’d rather stay in the city with your feet on the ground, a range of interactive walking tours invite you to discover the lesser-known sides of Birmingham, along with those made famous by the city’s most famous TV export, Peaky Blinders.

Getting to Birmingham, England

Birmingham Airport (BHX) is the major international gateway to Birmingham and the West Midlands, with connections from cities across Europe including major hubs like Amsterdam, Paris, and Frankfurt. As of writing, there are no nonstop flights to BHX from North America. Those not wishing to connect can take the train from either Manchester Airport or London Heathrow. Birmingham’s New Street Station is located right in the city centre, with rail connections to put you within easy reach of other towns in the West Midlands and beyond.