Travellers who love the outdoors will find a godsend of ideal hiking conditions on Patagonia tours. It has a dry, temperate climate, a varied geography, and long stretches of land with no other people in sight. Oh, and in case you didn’t believe us when we said it the first time: Patagonia is impossibly gorgeous.

Travellers can explore Patagonia in both Chile and Argentina, and there’s no real advantage between choosing the one nation over the other, although the Chilean side is the more popular of the two. The ideal itinerary includes both sides of Patagonia and takes visitors alongside the iconic rock towers of Torres del Paine in Chile as well as Perito Moreno Glacier in Los Glaciares National Park in Argentina. However, regardless of which nation you choose, you’ll be treated to a breathtaking journey through nature. Travellers who dream of escaping to temperate climates full of majestic landscapes will find no better experience than Patagonia tours.

The city of Punta Arenas is the gateway to Patagonia tours on the Chilean side. Located near the southern tip of the continent on the Strait of Magellan, Punta Arenas is not large, but it does serve as a good base before and after treks through the wondrous landscape of South America. From Punta Arenas, travellers journey northwest to Torres del Paine National Park and the heart of Chilean Patagonia.

Along the trip north, travellers can stop at Cueva del Milodon, a prehistoric cave to the southeast of the park. The cave is named after the Mylodon, a giant ground sloth that lived on the continent over 5,000 years ago. Beyond the prehistoric nature of the cave, you can see a life-size replica of a Mylodon, as well the massive rock configuration known as the Devil’s Chair, which overhangs the road leading to the entrance to the cave. After stopping at the Cueva del Milodon, travellers reach Torres del Paine, the most popular area in all of Patagonia. 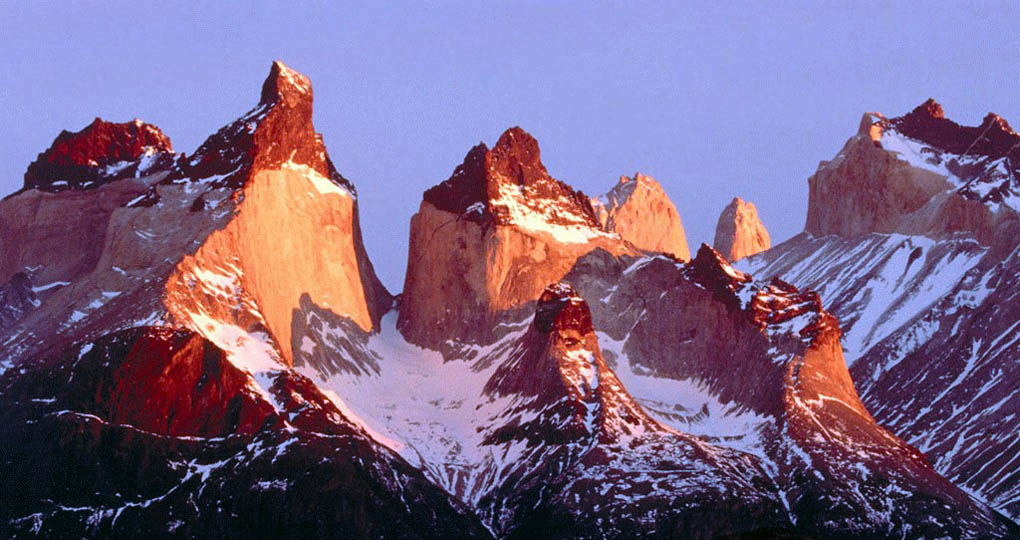 The Andes Mountains soar into the sky along its eastern flank, while picturesque grasslands stretch out to the west. In between is a landscape of glaciers, lakes, rock gardens, and many popular hiking routes. There are several routes that travellers can take throughout the reaches of Torres del Paine. The W trek is the most popular, as it encompasses a diverse array of landscapes, from the glaciers of Lago Grey to the waterfalls of Valle Frances to the park’s definitive attractions, the Towers. The route is named after the shape it takes through the region and is designed to have the toughest sections of the route near the end of your journey, when your bag will be lightest.

The W hike begins either on the banks of Lago Grey or along the Cuernos Trail. If you begin at Lago Grey, you’ll hike along the shoreline of the lake and spot breathtaking views of Glacier Grey, whose brilliant blue ice and snow clashes with the grayness of the landscape. As you journey along the edge of the South Patagonian Ice Field, you might spot some of the local animals, such as Patagonian foxes, caracaras, and the llama-like guanacos. Afterwards, head to the Cuernos Trail to journey upwards through the Valle Frances and spot the waterfalls and glaciers that define the region, as well as the ice-capped peaks of Los Cuernos. 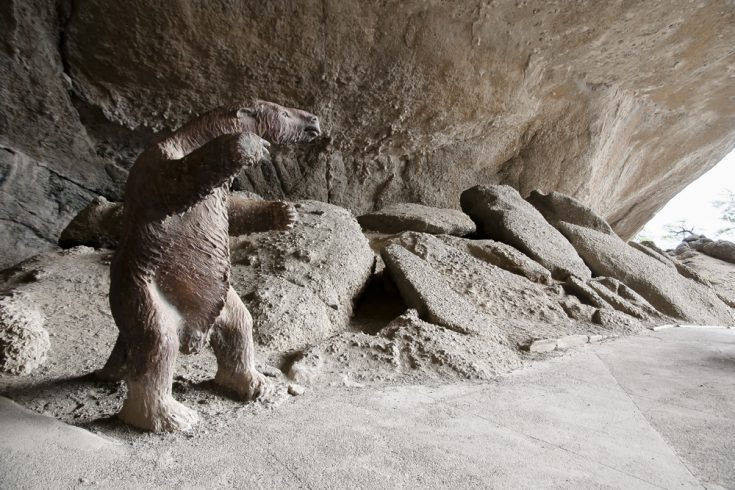 On the final and most difficult leg of the W, hikers journey through a landscape of beech forests and babbling brooks into the Ascencio Valley. After climbing the steep moraine of Mirador Las Torres, overcoming the mass of boulders left behind by the glacial movements of ages past, the Towers break into view against a backdrop of blue sky. The Towers are the park’s centrepieces. They’re a collection of three monoliths that reach almost 2,900m high and are surrounded by a barren landscape of rocks and an impossibly-still glacial lake. They’re the definitive icons of Patagonia. You’ll hike around the base of the Towers and backtrack down the moraine to reach your camp, where you’ll connect to your next destination.

All told, the W takes around four to five days to hike, although it can be extended into a week-long trek known as the W Circuit, which heads counter-clockwise from the Towers to Paso John Gardner. It’s an excellent route to see the main highlights of Torres del Paine on your Chile vacation.

Mountains and Glaciers in Argentine Patagonia

If the Towers define Chilean Patagonia, Mt. Fitz Roy and Perito Moreno Glacier define Argentine Patagonia. In Argentina, most travellers base themselves in El Calafate, on the southern banks of Lago Argentino. The town is the gateway to Los Glaciares National Park, which is home to several well-marked trails that showcase the many glaciers on this side of Patagonia.

While the multi-day W trek is the best way of seeing Chilean Patagonia, Argentine Patagonia more easily accommodates day trips based out of El Calafate and other spots such as the village of El Chalten. You can arrange for morning and afternoon hikes along the lake and up to the face of glaciers. In general, you can follow your fancy. That being said, it’s essential that travellers head on a full-day hike to Perito Moreno Glacier while staying in El Calafate.

Perito Moreno Glacier is the world’s third-largest reserve of fresh water and the most important site in Argentine Patagonia. The glacier sits on the edge of Lago Argentino and is the rare glacier that’s advancing, while most of the world’s glaciers are retreating due to climate change. The glacier is 30km long and 5km wide, making it a massive sheet of ice. If you stand at the terminus of the glacier on Lago Argentino, the glacier looks like a giant ice river flowing onto the lake. While hiking up to the glacier’s face or alongside its flow, you’ll hopefully spot ice chunks calve from the glacier and plunge into the waters below. 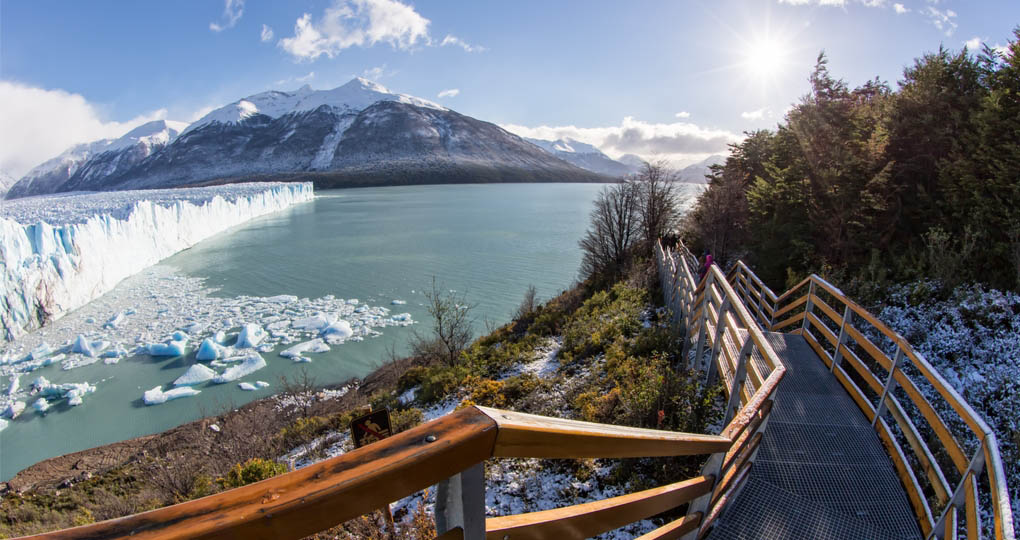 Aside from Perito Moreno Glacier, Mt. Fitz Roy is the most impressive site in Argentine Patagonia. Located to the northwest of El Chalten, Mt. Fitz Roy is a towering peak reaching 3,405m in height. The border between Chile and Argentina technically passes over the summit, although the majority of the mountain lies on the Argentine side. You can hike up to the mountain’s base and enjoy stunning views of its jagged peaks and snow-capped lesser summits.

Beyond Perito Moreno Glacier and Mt. Fitz Roy, there are several other hiking routes on Patagonia tours in Argentina, although some are not as frequented as others. The Tronador route takes hikers through a landscape of forests and steep rocks in the north end of Argentine Patagonia, while the Huemal Circuit is a 4-day trek around Huemal Mountain near El Chalten. It’s widely regarded as one of the most difficult treks in Patagonia, so only embark on it if you are an experienced hiker.

Patagonia has a lot of wonders to explore. There are more sites to behold within its borders than the Towers of Torres del Paine and Perito Moreno Glacier on the banks of Lago Argentino, but even a trip visiting only these landmarks is a journey well spent. You’ll find no better hiking spot in the entire world.

Explore the wild wilderness of South America in Patagonia, which also offers some of the most luxurious hotels and lodges on the continent. Trek across the Moreno Glacier and around Torres del Paine National Park, and spot Guanacos and pumas before retiring in style in a luxury lodge or a budget-focused accommodation.

Escape to the award-winning EcoCamp Patagonia, a cluster of eco-friendly geodesic domes that let you enjoy rustic luxury while limiting your environmental impact. During your stay at the camp, you’ll explore the breathtaking wonders of Torres del Paine National Park and see the incredible animals that call the park home.

FIRST-CLASS | TAILOR-MADE: A hiking adventure through the heart of Patagonia, witness the splendour of Torres del Paine in Chile, the Rio Blanco Trail, Piedras Blances Glacier and Lake Argentino in Argentina. After adventurous days on the trails, relax in the comfort of first-class Patagonian camps and lodges.