The French Pacific Franc (XPF) is the main form of currency in the Islands of Tahiti. Though major credit cards are accepted at hotels, shops and most restaurants on the larger islands, they are not widely accepted on some of the smaller islands. International currencies can be exchanged at the Faa’a International airport, at hotels or at banks with a foreign exchange office. Cash can also be easily taken out at ATMs on the major islands. Euros and USD are also widely accepted, however, change will always be given back in the local currency.

There are two official languages in Tahiti: French and Tahitian. French is used in businesses and schools while Tahitian is commonly used in the homes of the locals. English is widely spoken in all of the tourist areas and hotels.

Tahiti truly is a year-round destination with average temperatures of 26°C or 79°F. The low season, from November to March, sees tropical showers (short bursts of rain, which can be refreshing during these hot summer months), but is the best time to get a deal. April and May are the shoulder season and can be good value for money. Tahiti’s “winter” is from June through October, seeing the driest, slightly cooler weather, which is the high season when most travellers choose to visit Tahiti and her sister islands.

Tahiti has two distinct seasons, a wet season and a dry season. Though the dry winter months are slightly cooler and the wet summer months bring a higher amount of humidity, both seasons offer an enjoyable tropical sunny climate and are great times to experience Tahiti.

Tahiti is a destination for all kinds of travellers, from honeymooners to families, adventure seekers or those looking to laze on the beach, wanting a bucket list trip or simply to head on a getaway with friends. However, due to the romance of Tahiti, it is most frequently visited by couples, whether celebrating a wedding or anniversary or those seeking an intimate holiday. 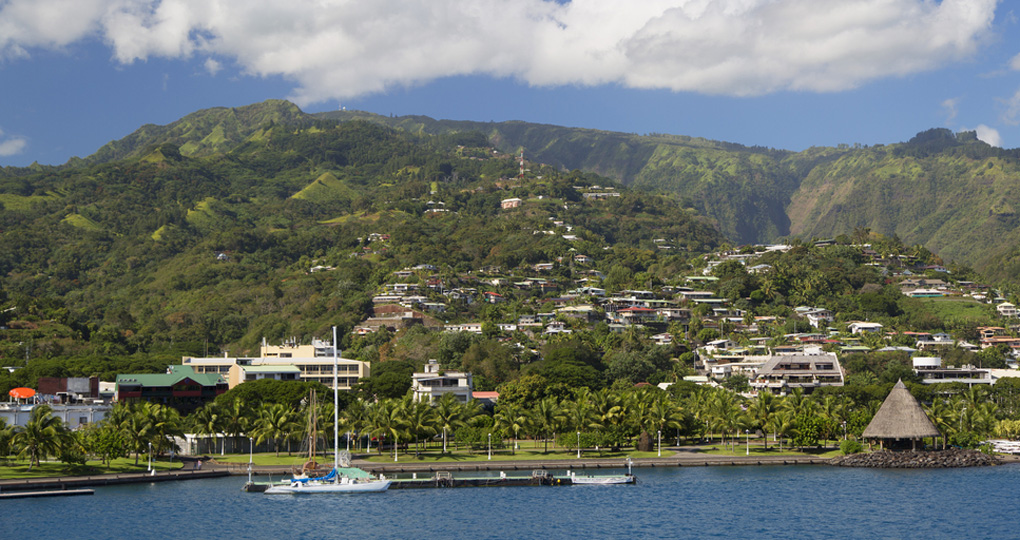 All international flights into Tahiti arrive at Faa’a International Airport in Papeete on the main island of Tahiti. The airport also serves the domestic airline, Air Tahiti, for service to the Society and Tuamotu islands, as well as the more remote Marquesas, Gambier, and Austral Islands.

In the United States, there are direct flights from Los Angeles on Air Tahiti Nui or Air France, and San Francisco on United Airlines. The flight time from both gateways is approximately eight hours with arrivals into Tahiti either early in the morning or in the evening.

There are no direct flights from Canada to the Islands of Tahiti, but most major Canadian cities have direct flights to San Francisco and Los Angeles for an easy connection to French Polynesia. 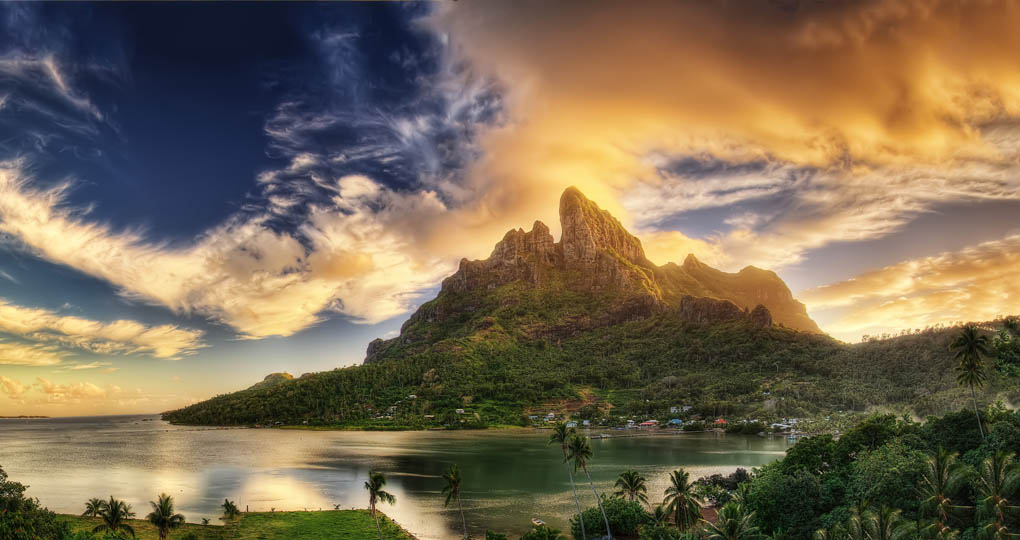 Known as the “Island of Love,” Tahiti is the main and largest island of French Polynesia and where you will find the capital, Papeete. Here you can spend your days eating at one of the many restaurants, visiting Les Roulottes (food trucks), relaxing with a coffee in a cafe or shopping for pearls, pareos or art crafted by local artisans. If you enjoy going shopping, visit Le Marche (the Market), where you can pick up some Monoi Oil, a personal favourite and lots of other local products.

The island of Moorea is a quick 15-minute flight or scenic 30-minute ferry ride from Papeete, making it easily accessible on a day trip from Tahiti or as your first or second destination in French Polynesia. Moorea is for nature lovers and its beauty can be enjoyed while hiking, adventuring on a 4x4, or even by horseback. The lagoon surrounding Moorea sees a lack of strong currents, producing an abundance of marine life. The island is known for its pineapple fields, but also has coffee, cotton, and sugarcane plantations.

Notably, the most famous of all the islands of French Polynesia and known for its stunning beauty, the romance it exudes and, of course, the overwater bungalows. A number of its resorts are on the outer motus that surround the main island and offer impressive views of Mount Otemanu. The island is an adventure lover’s playground, offering a wide array of both land-based and water-based experiences. From ATV tours, to hiking, from parasailing to aquabiking, from swimming with the fish to catching them, there really is something for everyone. And those that prefer more of a laid back or romantic getaway might enjoy a sunset cruise, a private motu picnic, dinner at Bloody Mary’s Restaurant, or simply kicking back and lounging by the pool, on the beach or in the lagoon.

This flower shaped island, known as the “Vanilla Island,” Taha’a is home to numerous vanilla plantations that produce 80 percent of all Tahitian vanilla, which is some of the world’s best. The island is also home to pearl farms and surrounded by coral gardens. Drift snorkeling, where the currents carry you across the water, is one way to enjoy the coral and the sea life living amongst the reef. This activity is best done at high tide while wearing reef shoes to avoid the possibility of getting injured by sharp bits of coral.

Other Highlights of Tahiti Off the Beaten Path 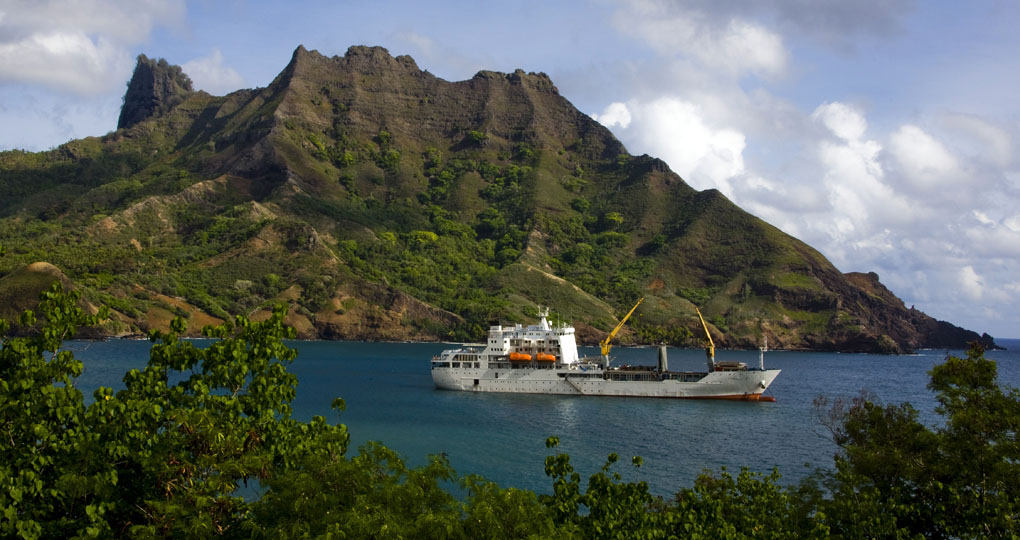 An atoll is a ring-shaped reef that either fully or partially surrounds a lagoon, and these islands are made up of a string of them. They are great for divers and marine enthusiasts as the reefs provide protection to the lagoons and the underwater inhabitants.

Located 1,500km/932mi to the northeast of Tahiti, these islands are truly off the beaten path. The main island of Nuku Hiva is a three-and-a-half-hour flight from Papeete. Due to the remoteness of the islands the easiest way to see their untouched beauty and experience them is by cruising on the Aranui Adventure Cruise.

Cruising in Tahiti is a great way to see and experience all that the islands have to offer as many of the ships are smaller in size and can therefore access more secluded and untouched areas of the islands and their lagoons. These secluded areas often also have shallow waters allowing guests to have an immersive experience on the pristine lagoon. 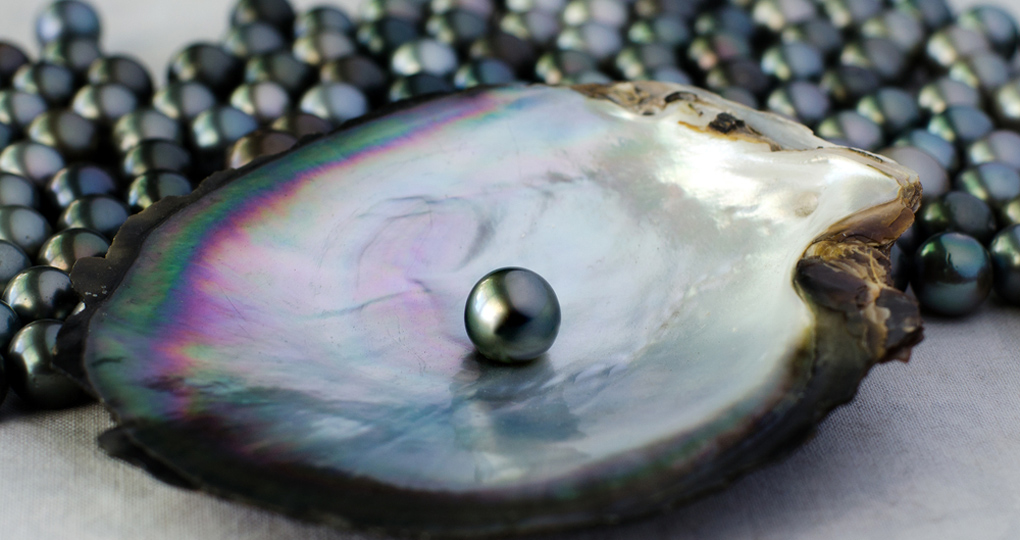 Staying in an overwater bungalow is quintessential Tahiti and a must do bucket list experience for most guests travelling to the islands. With most bungalows having direct access to the lagoon and some even having a glass panel in the floor or coffee table, you never really have to leave your room to enjoy the amazingly beautiful blue waters and the marine life that call them home. A great addition to staying in an overwater bungalow is having breakfast delivered by canoe. It’s a unique experience in Tahiti where Polynesians in an outrigger canoe, often covered in flowers, deliver a breakfast of fresh fruit, juices, and pastries right to the private balcony of your overwater bungalow.

If you have ever wanted to get up close (super close) and personal with black tip reef sharks and rays this is the way to do it. This experience allows guests to feed the sharks and stingrays and those feeling adventurous can get in and swim with them. Those that don’t want to get that close can watch from the boat. For those looking for a longer tour offering a bit more of an experience, this tour can also be booked to include a picnic on a private motu.

Pearls, black ones in particular, are Tahiti’s largest export. Guests can learn about them at the Tahiti Pearl Museum in Papeete, see how they are created and harvested by visiting a black pearl farm, or purchase them throughout the islands. Black pearls are only found in French Polynesia so they make for a unique gift or souvenir. 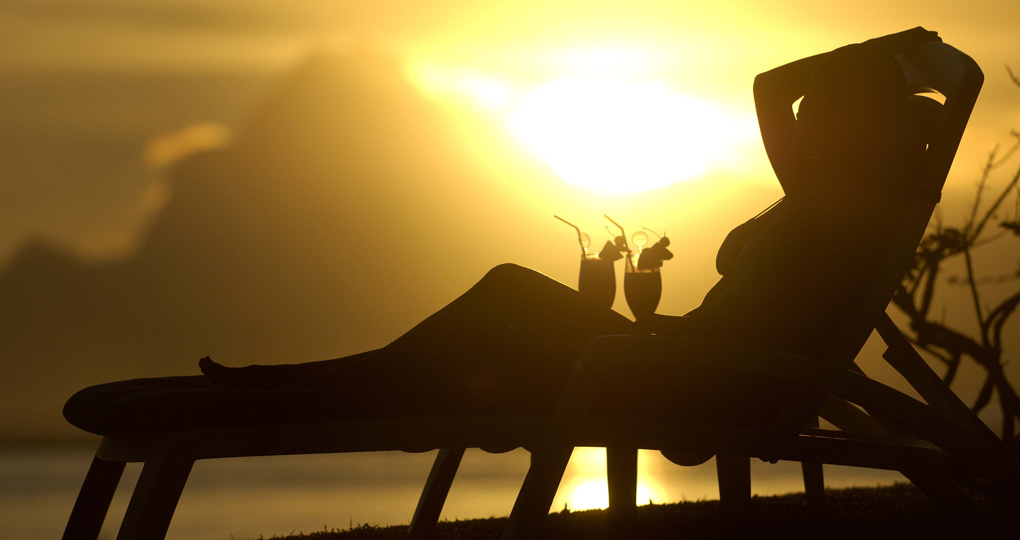 Poisson cru is known as the national dish of Tahiti and can be found in most restaurants. Translated as “raw fish” from French and called ia ota in Tahitian, it is a salad dish consisting of fresh raw fish, generally tuna, coconut, cucumber and citrus and is much like poke or ceviche. It’s a must try dish in Tahiti.

Another popular dish in Tahiti, chevrettes are freshwater shrimp, which can be found throughout the islands. Commonly prepared in a very mild coconut milk curry sauce, they can also be used as a substitute to raw fish in poisson cru.

Poe, a rich Tahitian dessert, is a sweet fruit pudding made of taro root and flavoured with the likes of papaya, vanilla, banana, or pumpkin, which is then topped with a coconut milk sauce. Originally this dessert was wrapped in banana leaves and baked in a fire pit. 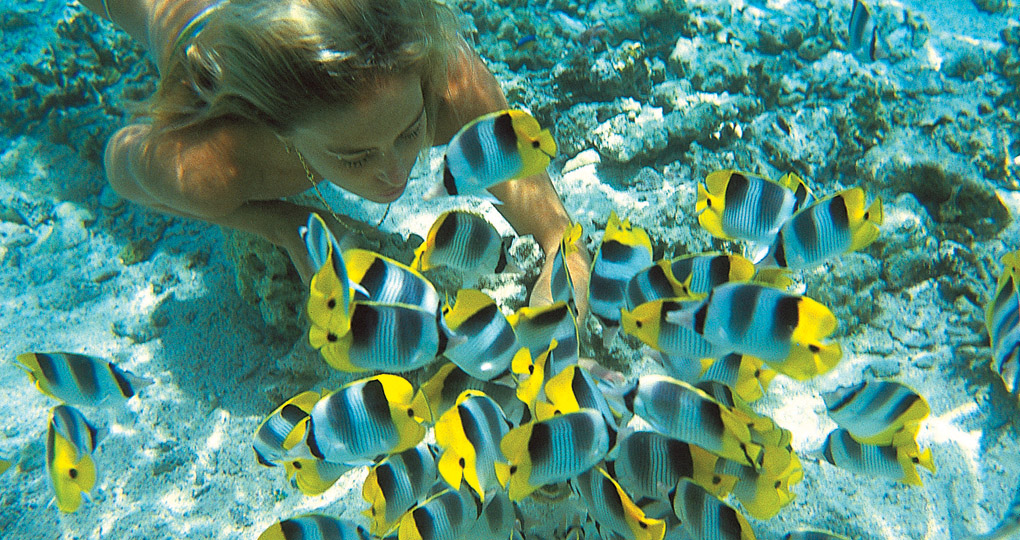 Many of the resorts in Tahiti are eco-friendly and practice sustainability. They do this through many initiatives, which include but are not limited to partnerships with To’a nui, a coral nursery

association that strives to preserve and protect the biodiversity of the Polynesian coral reefs, sea water air conditioning that allows resorts to cool their properties without the use of fossil fuels and CO2 emissions, and by having marine biologists onsite to teach guests about the lagoons’ delicate ecosystem and how to protect it.

Tahiti is often a trip all on its own, but as it sits almost halfway between North America and Australia and New Zealand, you could use the islands as a stopping point on a trip Downunder.  Additionally, if you are looking to tick off multiple bucket list island destinations, you can combine the Islands of Tahiti with either Hawaii or the Cook Islands.

Most Popular Itineraries for Tahiti

Due to the ease of domestic air travel within the Islands of Tahiti, island hopping is very popular. The most visited islands in Tahiti are Tahiti, Moorea, and Bora Bora, as these are the most well-known internationally by travellers. However, Tahiti is a completely customizable destination allowing you to choose how many nights on however many islands you wish to experience. Air passes are also available, allowing you to visit the popular Society Islands, the lesser-known Tuamotu Islands, or a combination of both.

5 Romantic Things to Do on a Honeymoon in Thailand

Thailand offers everything you could ever want for a memorable honeymoon. There are exotic islands to explore, stunning beaches to lounge on, luxurious accommodations to spend your time in, incredible food to feast upon, and natural beauty as far as the eye can see.

MODERATE | CRUISE: Sail on this round-trip from Tahiti, discovering the Society and Tuamotu islands. Let the true diversity and beauty of French Polynesia enchant you as you visit islands both famous and hidden, learning about Tahiti's unique culture, history, and utterly fantastic range of marine life along the way.

All-Inclusive Cruise to the Marquesas

MODERATE | CRUISE: This two-week cruise aboard Aranui is one of the most unusual and interesting ways to island hop in French Polynesia. Aranui is a dual-purpose freighter: it is a passenger cruise carrying 200 guests to the remote Marquesas Islands, with stops at popular islands of Bora Bora and Rangiroa. Aranui also serves as a working cargo ship with crew on board carrying vital suppliers to the islands it visits.