Antarctica has no official currency as it is not governed by any specific country or nation. Currency is based on the vessel you are travelling on and the currency they use. The most common currencies are US dollars, British pounds, euros, or the national currency of the country you embark from. Antarctica does not have ATMs or banks, so it’s recommended you travel with cash or credit card.

Antarctica does not have an “official” language. Many cruises have multilingual guides as it is a multinational destination.

The best and most popular time to travel to Antarctica is during the summer from November to March, as the wildlife is the most active and daylight hours are the longest. Warmer temperatures also means the melting of sea ice, which allows for easier access to more remote areas. Travellers have more options for outdoor activities such as hiking, camping, kayaking, paddle boarding, mountaineering, and helijet skiing.

Antarctica is considered the coldest, windiest, and driest continent on Earth. It has two seasons: summer and winter. During summer, the average temperature ranges from –10°C/14°F  to –30°C/–22°F depending on how far into the continent you go. Typically, the coast has warmer temperatures. Weather during the summer season on the coast can range from –2°C/28°F to 15°C/60°F, January being the warmest month. Winters are long and dark and temperatures are at their coldest. All travel to Antarctica ceases from late April to early November due to the treacherous weather as temperatures get below –45°C/–50°F and becomes too unsafe to travel.

Antarctica appeals to many types of travellers. There are a variety of cruises that cater to both the very active and the not-so-active traveller. It’s most interesting for bucket list travellers, adventure and thrill seekers, retirees, nature and wildlife Photographers, history buffs, self-discoverers, and educational travellers. 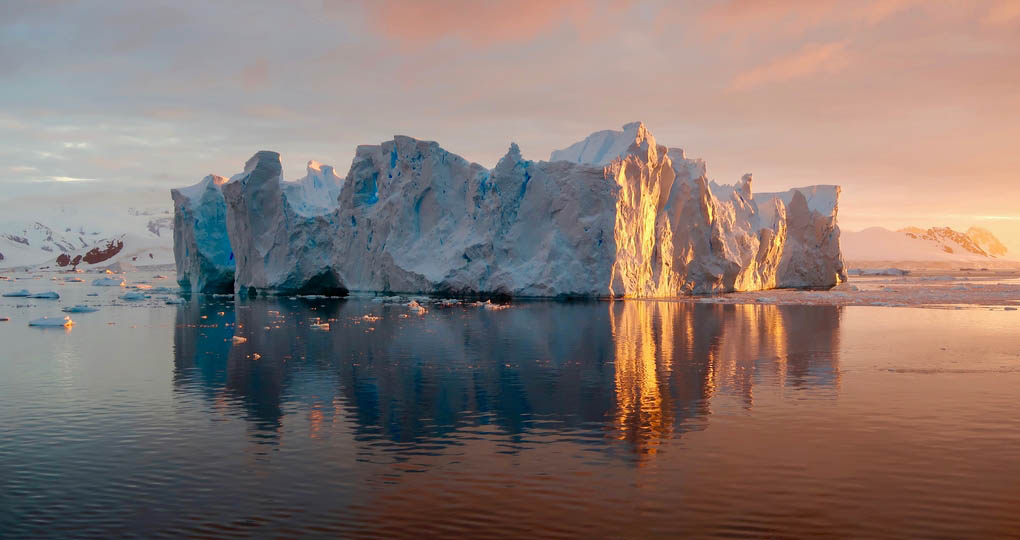 Antarctica does not have a commercial airport so travellers can only reach Antarctica via boat cruises or fly/cruise adventures. Trips to Antarctica begin in the southernmost tip of South America, where travellers will fly into and embark in either Ushuaia, Argentina or Punta Arenas, Chile. 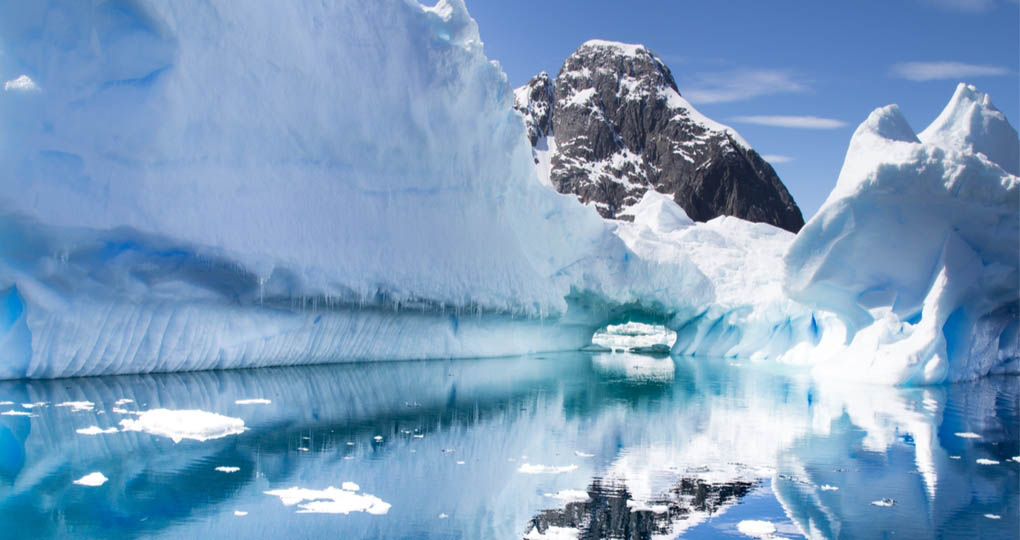 The Drake Passage connects the Atlantic and Pacific Oceans extending to the Southern Ocean. This infamous 800km passage is a feat and a wonder in itself and many consider crossing it a right of passage. Travellers will be in awe of its magnificence when they reach the first sight of a glacier or witness the variety of marine animals in the waters, including humpback whales.

This remote South Atlantic archipelago is a cluster of small islands with cliff-lined coasts, ruggedly beautiful terrain, stunning landscapes, and impressive beaches. Travellers will be amazed by the abundance of wildlife such as five different species of penguins, as well as other bird species. The capital city, Stanley, which is located on East Falkland, has plenty for travellers to do and learn about the unique islands and their dramatic history.

This remote island of beautiful rugged mountainous terrain has many historic sites and landmarks associated with early polar explorers such as Captain James Cook and Sir Ernest Shackelton. The island is the final resting place of Shackleton, whose grave can be visited at the former whaling station of Grytviken. The island is also a wildlife oasis, which has been referred to as the “Galapagos of the Poles.” It’s home to a massive king penguin colony at Salisbury Point, as well as thousands of fur and elephant seals.

The magnificence of this 1,300 km stretch of land and ice that includes glaciers, snow-covered mountain tops, deep-blue waters, and icebergs of all sizes typically overwhelms travellers at first sight. As the Peninsula is the most northerly part of Antarctica, it has the mildest climate on the continent and experiences a summer melting season that creates a breeding ground for a wide variety of wildlife. Travellers can encounter seals, minke and humpback whales, penguins, albatrosses, and other seabirds in their natural habitat.

Other Highlights of Antarctica Off the Beaten Path 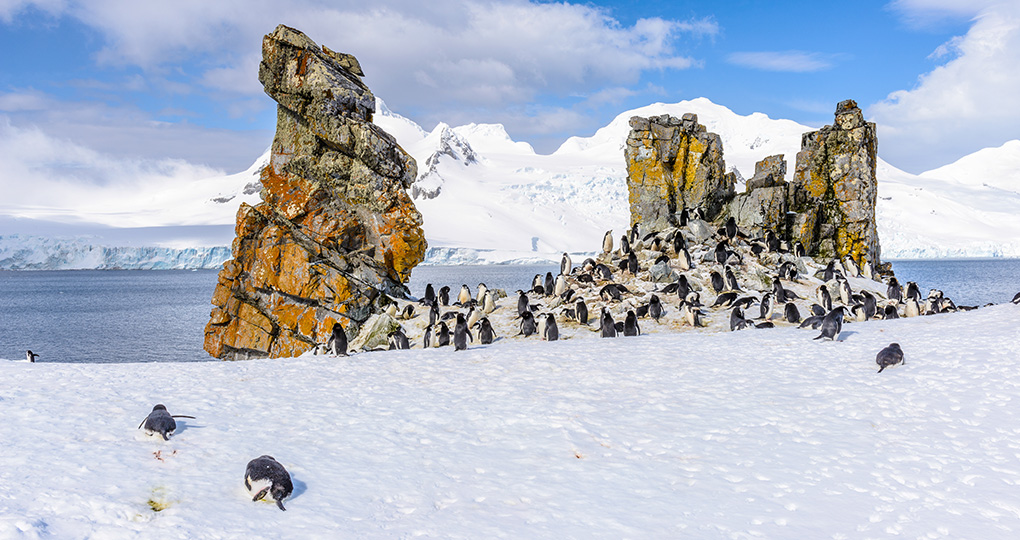 Snow Hill Island is home to a rarely-visited colony of 4,000 pairs of breeding emperor penguins and their little ones. Travellers can see up to 10,000 penguins in one relatively small space. Although reaching this location is a challenge—as it entails navigating through the Weddell Sea a helicopter flight, and a trek on foot—the island is a special highlight for adventure seekers.

Crossing the Antarctic Circle is a milestone that few travellers get to achieve. Travelling to the northernmost latitude in the Southern Hemisphere at which the centre of the sun can remain continuously above the horizon for 24 hours is the ultimate bucket list experience.

Located approximately 120km north of the Antarctic Peninsula, these islands are known for the  abundance of wildlife, especially various species of penguins (gentoo, adelie, and chinstrap), seals, sea birds, and orcas. It is also a hub for many research bases.

Located on the western shores of Wiencke Island, Port Lockroy is designated a Historic Site and Monument under the Antarctic Treaty as it is home to an abandoned naval base that was turned into a museum. It is also home to a large gentoo penguin rookery. Travellers can send a postcard from this port, which is the southernmost post in the world, and expect to receive it in 6–8 weeks.

Top Activities and Experiences in Antarctica 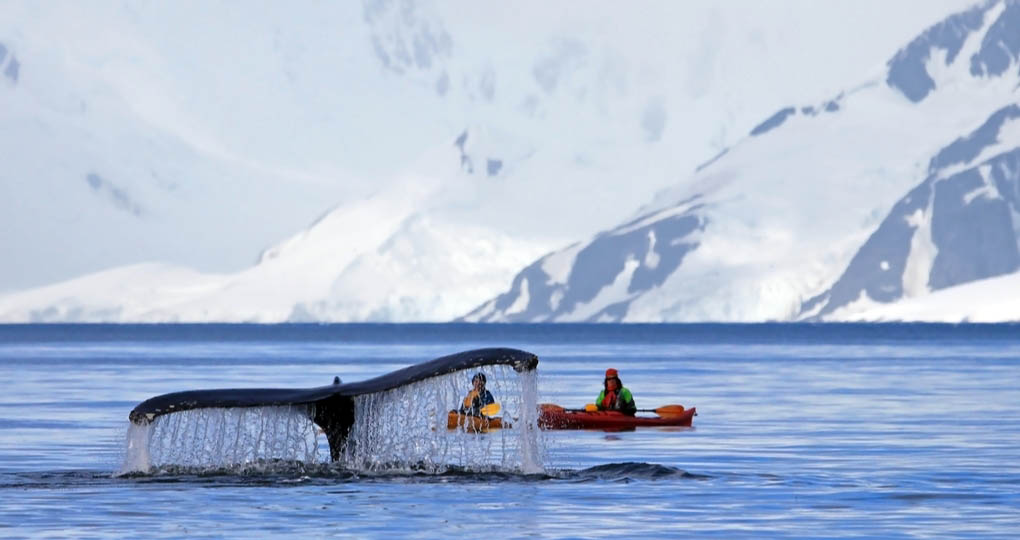 Travelling by kayak or paddleboard on a small group, guided experience allows you to reach spots that cannot be reached by ships, get up close when viewing glaciers, and enjoy intimate experiences with the wildlife that are as equally curious of you as you are them.

You can have an overnight camping adventure in the near 24-hour sunlight, which entails sleeping outside in a waterproof shelter called a bivy sack or in a tent. This is a great option for photographers, as it allows them to slow things down and compose some special images. It’s also great for anyone that wants to take some time to relax and enjoy their unique surroundings.

Gear up with mountaineering boots, ice axe, crampons, and a variety of safety gear and head out onto the ice for a half-day activity that’s perfect for active travellers. This mountain climbing experience in Antarctica will push the limits for even the most seasoned travellers.

Once per expedition, you’ll have the chance to safely jump into the icy ocean waters while supervised by the expedition crew. If you like to take polar bear swims in the winter, you’ll definitely enjoy this polar plunge experience. There’s no experience quite like it. 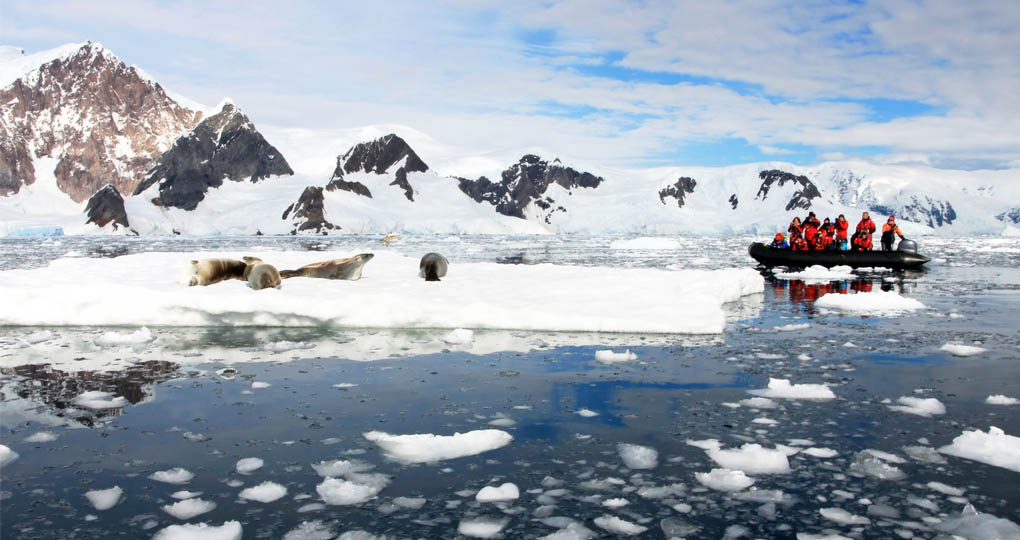 Before booking, ensure the company or vessel you intend to travel on are members of the International Association of Antarctica Tour Operators (IAATO). This is an international organization that advocates, promotes, and practices safe and environmentally responsible tourism to Antarctica. All members must follow necessary precautions and protocols to visit Antarctica to ensure the least amount of impact is left on the natural environment as possible.

Many of the cruises require travellers to arrive in the port city a minimum of one day prior to embarkation, as arriving on the day of departure puts travellers at too high a risk of missing their departure time. It is common for travellers to take a few extra days, before or after their voyage, to do some exploring in South America, especially Chile and Argentina. While in Argentina, you can explore the highlights of Buenos Aires or visit one of the Seven Wonders of the Natural World, Iguassu Falls. While in Chile, you can stopover on Easter Island, take a city break in Santiago, or see the best of Patagonia. Arrive early in Punta Arenas and explore the beauty of Torres del Paine National Park.

Most Popular Itineraries for Antarctica

The classic itinerary Antarctic Explorer: Discovering the 7th Continent begins in either Buenos Aires, Argentina or Punta Arenas, Chile and is an 11 or 12-day voyage that introduces you to both the South Shetland Islands and the continent of Antarctica. For travellers who have more time on their hands, Antarctica, South Georgia and Falklands Explorer is a 21-day voyage that will appeal to wildlife enthusiasts and photographers alike. It sails to the Antarctic Peninsula, South Georgia, and the Falkland Islands. For travellers with less time, but who would still like to add Antarctica onto a South America vacation, the Air, Land & Sea to Antarctica itinerary is a 6 or 8-day voyage that flies directly into to Antarctica from Punta Arenas, avoiding the Drake Passage, so you can make the most of your time exploring this incredible continent.

DELUXE | CRUISE: A wonderful way to enjoy an expedition to Antarctica, you'll sail from Ushuaia in Argentina and head south on an incredible vessel, spending time ashore on the fascinating, basically uninhabited, continent often referred to simply as 'The Ice'.

DELUXE | CRUISE: Included as part of a South America vacation or taken on its own, an Antarctic cruise is an unforgettable adventure. This unique itinerary begins in the southern tip of Patagonia, Punta Arenas, from where you will begin this fantastic voyage into Antarctica.

DELUXE | CRUISE: Join us aboard the Ocean Endeavour on this epic 21-day voyage for wildlife enthusiasts and photographers alike. Antarctica, the fabled White Continent, is a land of penguins, seals, whales and icebergs. Sailing to South Georgia, follow in the footsteps of the heroic polar explorer, Sir Ernest Shackleton, and finally, visit the ruggedly beautiful Falkland Islands.