The region of the Arctic stretches over the Arctic Ocean, parts of the Canadian High Arctic, Russia, Greenland (Denmark), Iceland, Finland, Alaska (United States), Sweden, and Norway. Therefore, there is no special currency for the whole region and travellers will need to have money on hand appropriate to the cruise they will be on and the route they will be exploring. It is recommended you travel with credit cards and cash for the country (or countries) that you visit during the trip.

There is no one official language of the Arctic, but various local and Indigenous languages and dialects depending on the country and region you visit. This is certainly a multinational destination and many cruise companies have multilingual guides.

The short window of travel to the Arctic is usually from May to September. The best time to go depends on what you’re looking to do while there. Generally speaking, the warmest and most popular months are June and July.

There are two main seasons in the Arctic: the long and cold winter from October to April and short and cool summer from mid-June to mid-August. While temperatures vary between regions, on average summer temperatures do not go much above 0°C/32°F, while plunging to –40°C/−40°F in the winter.

The Arctic is a magnificent and very special destination that appeals to a certain kind of traveller, in particular explorers and nature lovers who are looking for true adventure. The globetrotters that go to the Arctic want to escape the ordinary and are usually avid travellers who have seen many other parts of the world and have enough discretionary time and income to embark on such an unforgettable journey. 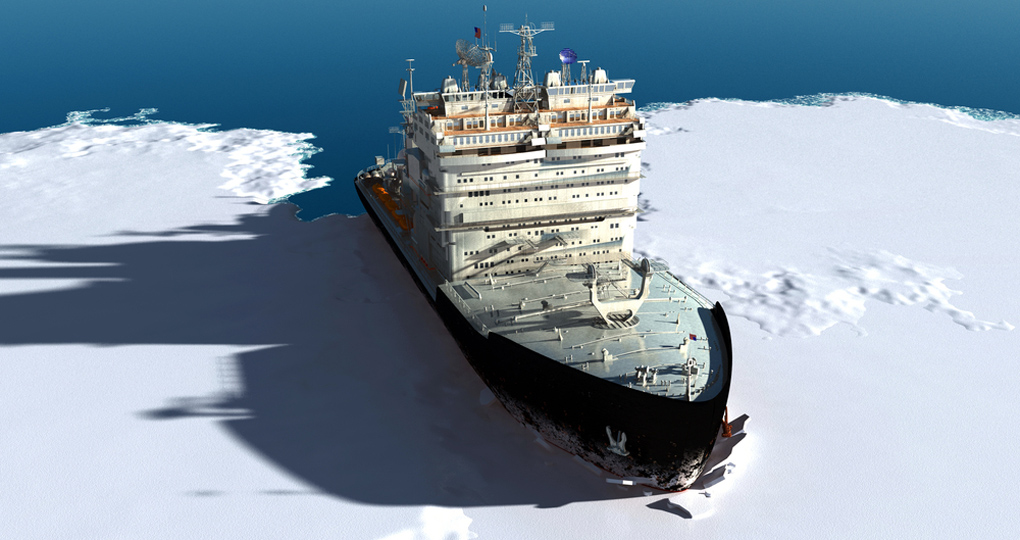 There is no official airport to the Arctic, but the most popular gateways are Reykjavik in Iceland, Resolute in Canada, Oslo in Norway, and Helsinki in Finland. Often, cruise companies will arrange charter flights from the major airports in North America and Europe to bring passengers to embarkation points.

Essential Sights of the Arctic 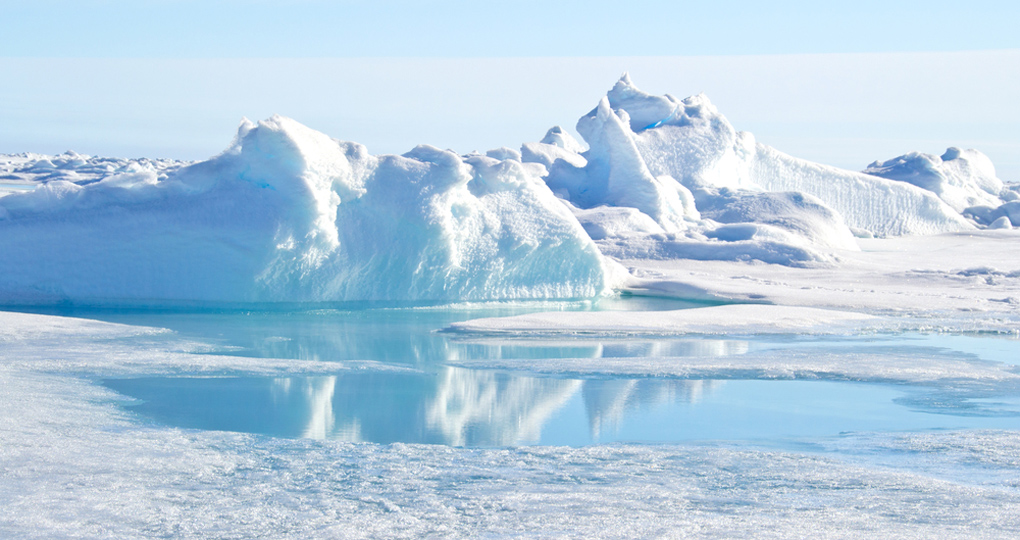 Svalbard is an archipelago located between mainland Norway and the North Pole, with Spitsbergen being its largest island, with a permanent population of approximately 3,000. Spitsbergen is known as the Wildlife Capital of the Arctic and is truly a paradise for nature lovers, with plenty of opportunities to see polar bears, reindeer, and other Arctic animals.

Other Highlights of the Arctic Off the Beaten Path 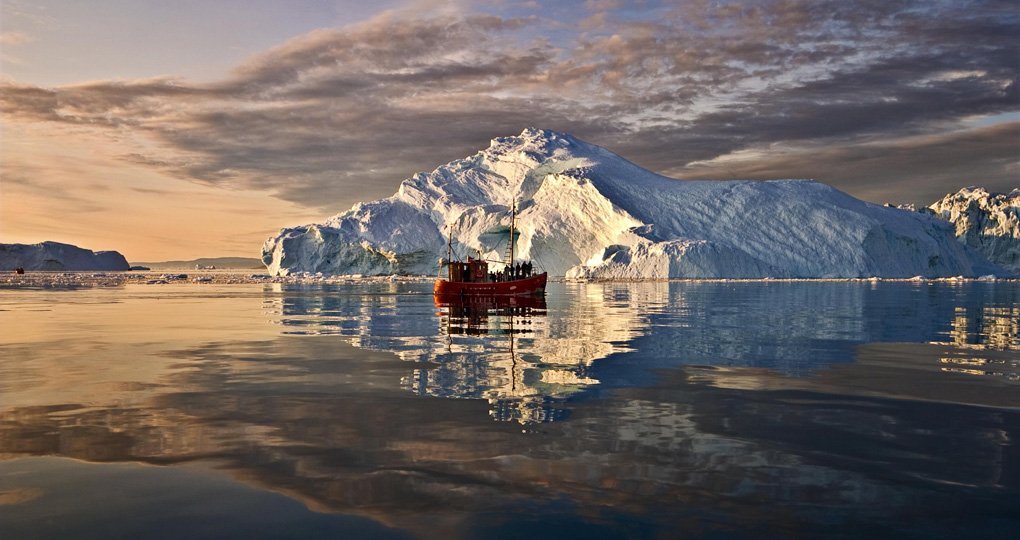 The island of Greenland and the region of Nunavut in Northern Canada are stunning Arctic landscapes that also offer the chance to meet with the local Indigenous communities, such as the Inuit. Travellers can explore the icy waterways and stop in settlements to meet local inhabitants and learn about local traditions, ancient histories, and how communities adapt and thrive during the cold Arctic winters.

Top Activities and Experiences in the Arctic 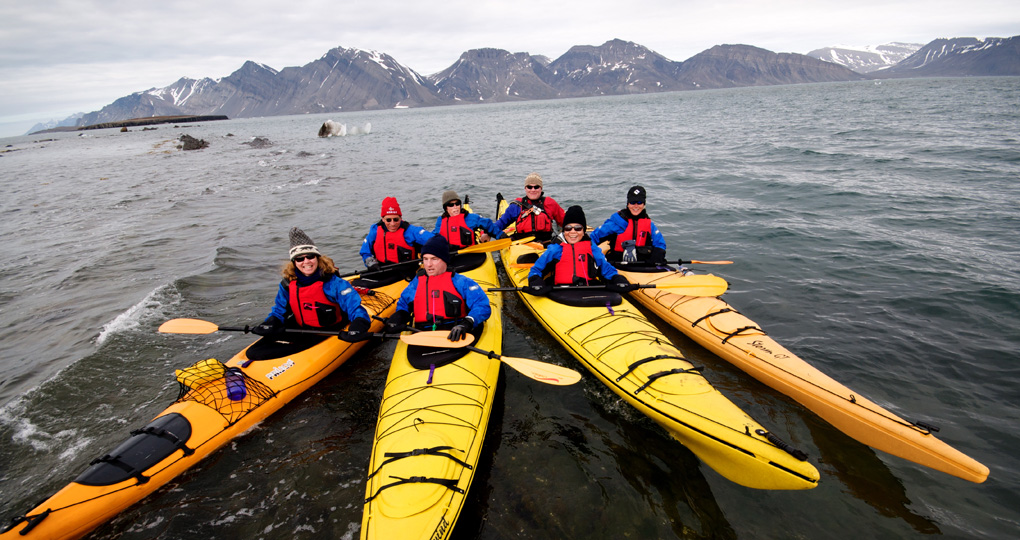 Kayaking in the Arctic Waters

Enjoy the adventure of a lifetime and paddle a kayak in the icy waters of the Arctic Ocean. Get up close to wildlife and enjoy the majestic scenery from the water. It offers a unique perspective like no other. Just don’t be afraid to get wet.

Travellers to the Arctic will be rewarded by seeing polar bears, reindeer, walruses, whales, and numerous seabirds in their natural habitats. Observing these Arctic animals is an animal lover’s dream, and truly humbling.

On voyages to the Arctic, travellers have a chance to meet the Indigenous inhabitants of the region and learn about their unique local cultures and ancient heritages. Travellers will get a glimpse of regular life in the Arctic and learn how traditions have been maintained over thousands of years.

There’s no better way to appreciate the magnitude and vastness of the ice-covered terrain than from a hot air balloon. Enjoy a bird’s view perspective of the icebergs, fjords, and glacial landscapes and appreciate the beauty and fragility of the natural world. 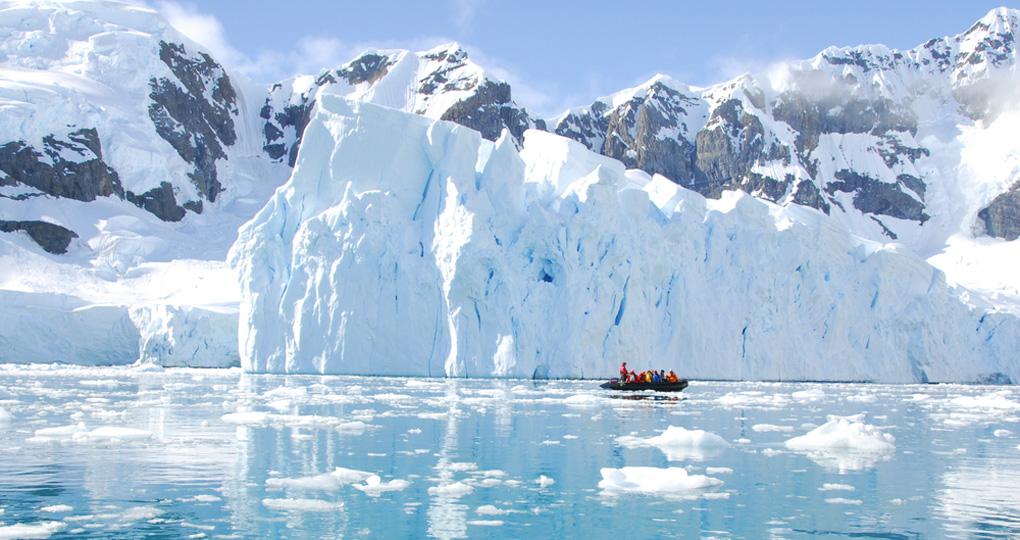 It is very natural to question the ethics of travelling to the Arctic while knowing about the fragile situation of this part of the world that is literally disappearing due to climate change. However, travelling with a tour operator that is committed to protecting the environment and implementing ways for responsible tourism and working with guides that are truly knowledgeable and passionate about the planet can empower visitors with the knowledge and desire to practice and advocate sustainable travel no matter where they go. Visiting national parks within the Arctic generates funds (in the form of park fees) to maintain the protected areas. And buying souvenirs, art, or jewellery from local Indigenous communities provides much-needed income to remote communities.

Depending on where your Arctic journey begins, extend your trip by exploring Finland, Norway, Sweden, Greenland, Iceland, Russia, or Canada. You can add a few days in the departure nation’s largest city or spend time exploring the landscape around the port before or after disembarking.

Most Popular Itineraries for the Arctic

On the 7-day Spitsbergen Highlights, travellers enjoy the best possible introduction to the Arctic and its wildlife, with a reasonable trip length and plenty of opportunities to spot polar bears. Travellers who want to go all-in and experience a truly epic journey through the Arctic should consider the North Pole: The Ultimate Arctic Adventure, a 14-day adventure of a lifetime on a nuclear icebreaker that sails to the northernmost spot on the planet while crashing through 2.5m-thick sea ice.

DELUXE | CRUISE: Embark on an extraordinary journey to the Arctic and explore the northern island of Spitsbergen. Aboard a brand-new polar vessel, you’ll cruise through pack ice exploring the fjords and glaciers of this Norwegian island, spotting polar bears, walruses, and seabirds along the way.

DELUXE | CRUISE: Sail through the amazing islands of Spitsbergen, experiencing wonderful and remarkable Arctic scenery and wildlife while aboard a ship complete with local naturalist experts. This is an exploration of wonders that you will not find anywhere else.