Much like in the Republic of Ireland, both English and Irish Gaelic are widely spoken across Northern Ireland. A third language is also spoken in Northern Ireland, known as Ulster Scots, which is based off of the Lowland Scots language from Scotland.

For outdoor enthusiasts, Northern Ireland has much to offer no matter the season, as many outdoor attractions offer beautiful views year round. Travelling in the late autumn offers gorgeous sunsets, mild temperatures, and lovely colours across the countryside. If you’re looking to enjoy quintessential sites or embark on an encompassing tour of the country, the summer months are best as all natural attractions, museums, and hotels are in full swing.

Northern Ireland is a bit cooler and more rainy than its southern counterpart, with temperatures reaching an average high of around 20°C/68°F during the summer (mid-May to mid-September). During the winter it’s cooler with more rain than the summer, but temperatures rarely reach freezing. July and August offer the best weather.

Northern Ireland is perfect for the history buff, with many museums such as the Titanic Belfast and Ulster Museum, as well as historical tours about the Troubles. It is also great for people who love the outdoors, whether golfing, hiking, or just enjoying the stunning nature. It’s also an incredibly safe nation, making it great for families. 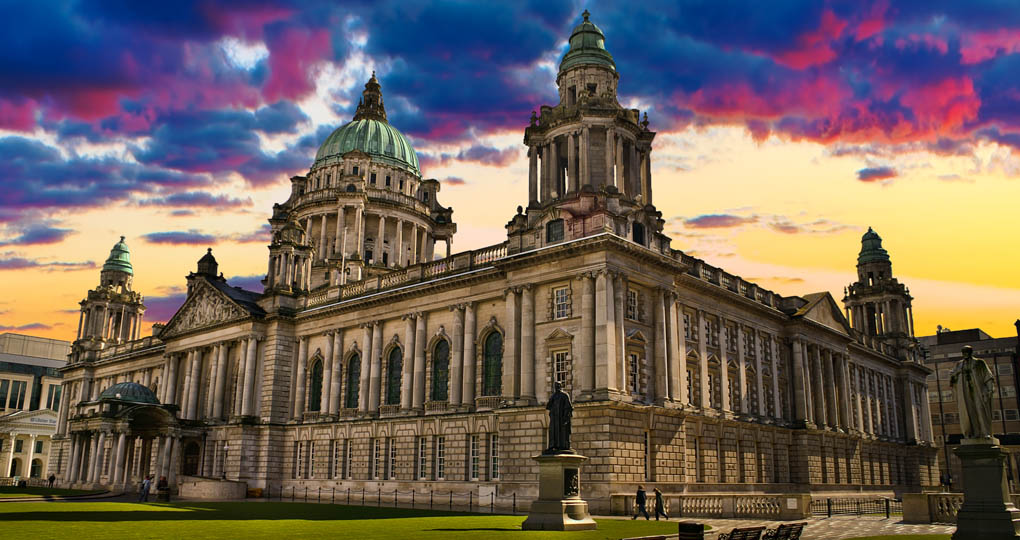 To get to Belfast from the United States, you can head out from any international airport. There are no direct flights to Belfast, so you will have to make at least one connection, usually in London or Dublin.

Toronto or Vancouver are the top airports to connect to Belfast. Like travellers from the US, there are no direct flights to Belfast, so at least one connection, usually in London or Dublin, will be required. 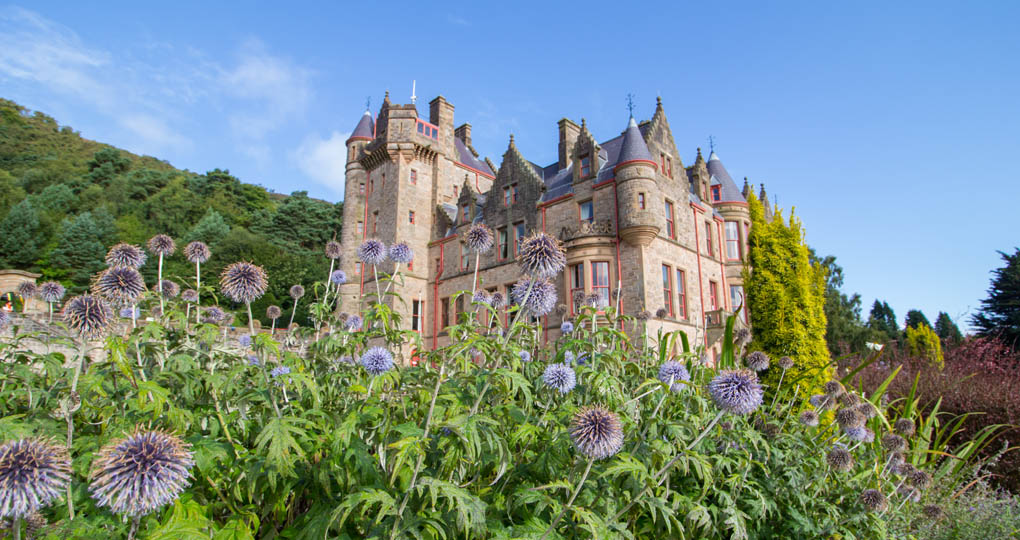 No trip is complete without visiting the capital of Northern Ireland. It is the 12th-largest city in the UK and the second largest city on the Emerald Isle. Belfast is not only a very beautiful and lively town, it is also full of history, from the Belfast Blitz in World War II to the Troubles. It’s a unique and culturally impressive city that everyone should visit.

Londonderry, also referred to as “Derry,” is another historical city with a rich background. Take a step back in time as you walk along 17th-century walls to take in stunning panoramic views. You can delve into history and learn about Derry’s crucial role in the Irish War of Independence and WWII, or engage with Irish culture at Cultúrlann Uí Chanáin, the Irish Language Centre. However, Derry is not just known for its history or scenery; it also hosts one of the biggest Halloween celebrations in Europe.

The Glens of Antrim

Known locally as the “The Glens,” this is an area of stunning natural beauty. The Glens is exactly what you have in mind: a collection of nine glens (or valleys) that span from the plateau of County Antrim to the east Atlantic coast, offering beautiful panoramic views of the land and the coast. It’s a very popular tourist destination.

Other Highlights of Northern Ireland Off the Beaten Path 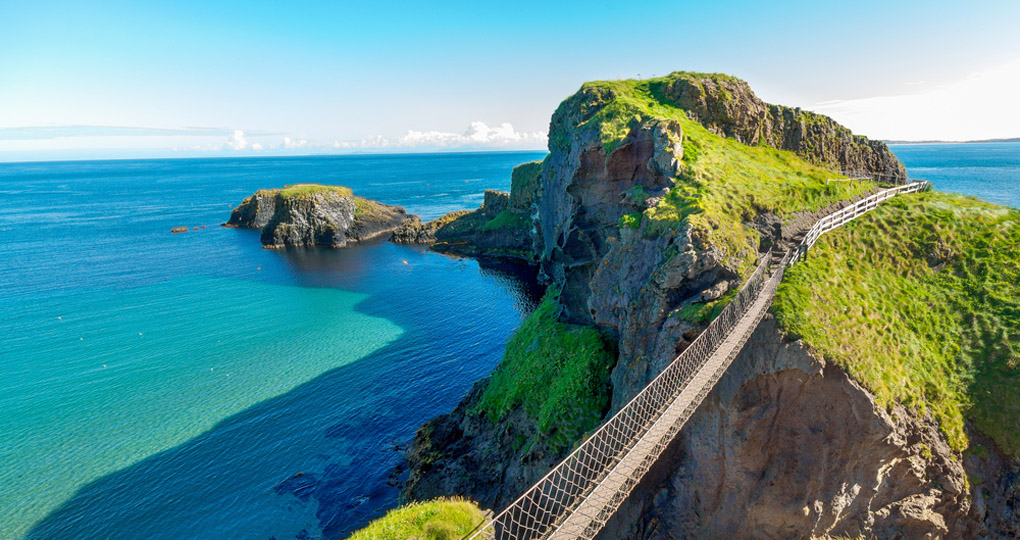 Looking for a nice holiday destination to rest up after a day of adventure? Lough Erne is the perfect spot. It is a beautiful resort area on the country’s second largest lake system. Relax in the peace and quiet of the Upper Lough, go for a stroll in the town of Enniskillen, or explore the Lower Lough and its castles.

Not for the faint of heart, the Carrick-a-Rede rope bridge is found here, connecting the mainland to the Island of Carrickarede. This swaying bridge is 30 meters above the rocks and the water below and offers tourists the chance to walk over water and take in the beautiful coast line. The bridge is no longer used by locals, but is a main tourist attraction for those looking for a bit of adventure.

You’ll find the ruins of Dunluce Castle just a short drive from the small northern town of Bushmills. This iconic monument is located right on the coast and offers beautiful views of the water. Game of Thrones fans will recognize the castle as that of the Greyjoys on Pike. 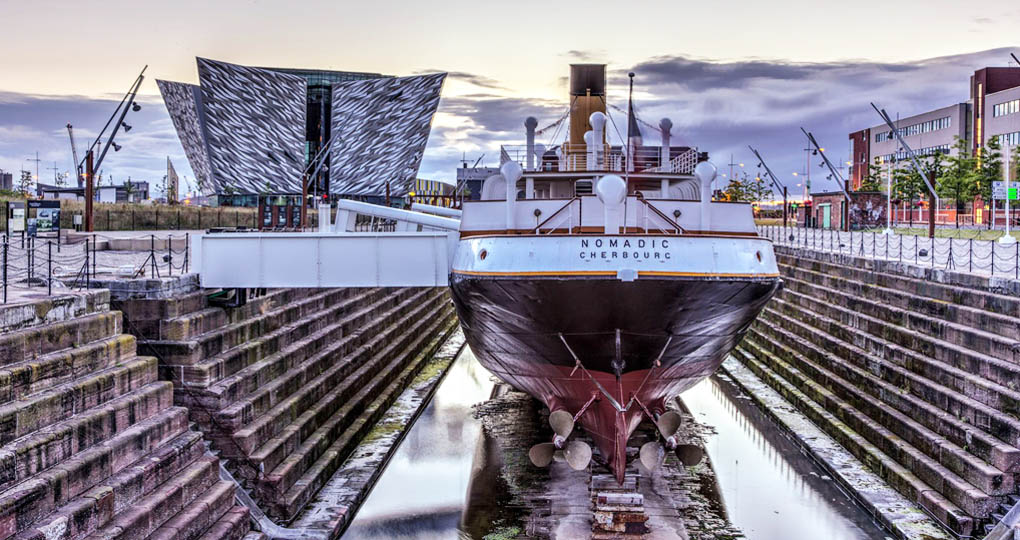 Visit the location where this doomed vessel was built and learn about the history and impact the Titanic had on Northern Ireland. This is the largest Titanic museum in the world and offers nine different interactive experiences to bring the Titanic to life. Experience the sights, smells, and sounds that the passengers experienced before the fateful day, and learn about the people and the city that made this beautiful ship.

The Giant’s Causeway is not far from the town of Bushmills in County Antrim. With roughly 40,000 volcanic basalt columns dotting the landscape, the result of ancient eruptions, it’s one of the most stunning natural sights in the nation.

Learn everything you need to know about the Northern Irish, both past and present, with two museums under one roof. The Folk Museum will take you back in time to experience the cultures and traditions of Northern Ireland over the centuries, while the Transport Museum explores different methods of transportation used on land, air and sea.

After you learn about Northern Irish traditions and culture at the Ulster Folk Museum, continue your walk through history at the Ulster American Folk Park and experience these cultures and traditions first hand. The park is a unique experience for tourists, taking you back in time and allowing you to experience the world as it was in the 18th and 19th centuries, complete with replica streets, thatched cottages, and shops. 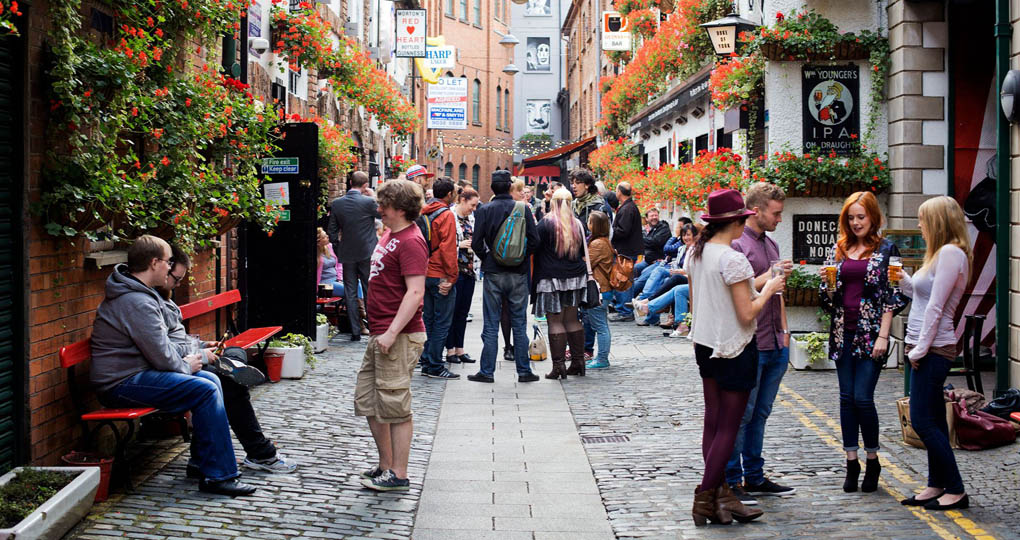 The Ulster Fry (or Fry-Up) is the traditional breakfast of Northern Ireland, much like the English Breakfast in England. While you can substitute some ingredients in this dish for others, the standard ingredients are bacon, eggs, sausages, black pudding, and both potato & soda bread. Some places may add baked beans, fried tomatoes, mushrooms, and white pudding, but these are not the traditional ingredients.

Historically, Irish bread was cooked on the griddle much like flatbread, due to the fact the domestic flours made in Northern Ireland were not able to rise when mixed with yeast. Because of this, locals combined flour with baking soda to help the bread rise. While it is not made often anymore with the introduction of high gluten flours, modern varieties of this traditional bread can be found in select cafes and bakeries.

Boxty is made with a very traditional ingredient: the potato. Made mostly in the north, this dish is a traditional Irish potato pancake which can be found in many different cuisines due to its versatility. It can be used in breakfast dishes, or even used like a flatbread with different spreads. 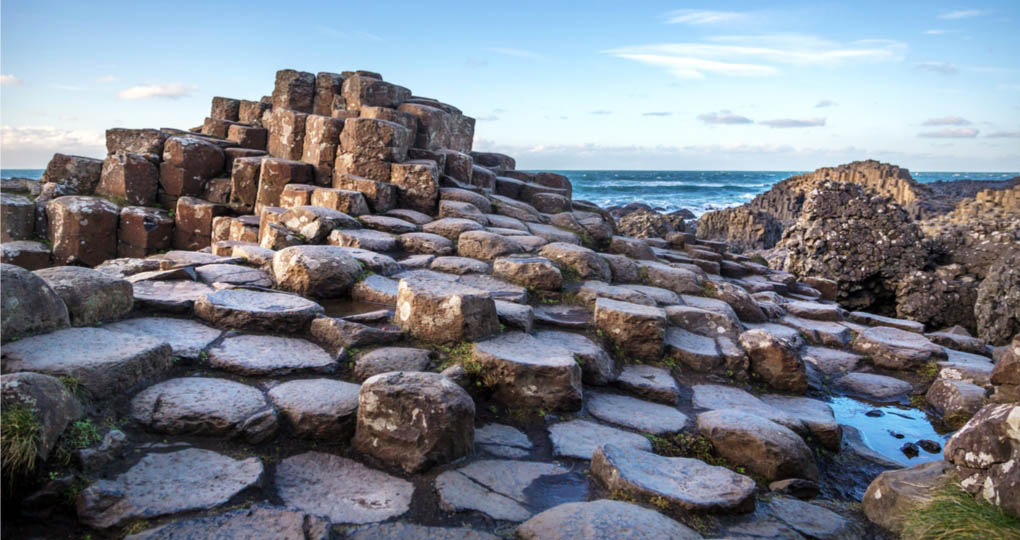 Rail travel is the most sustainable way to travel within Northern Ireland. Within Belfast and Londonderry, bikes and walking are popular as they are relatively compact cities. More broadly, Sustainable Travel Ireland has now joined the Global Sustainable Tourism Council, and they are working to provide more sustainable adventures across the country, with more options opening up every year.

Most Popular Itineraries for Northern Ireland

Glimpse of Ireland: The North begins and ends in Dublin, showcasing the Emerald Isle over the course of a 5 day self-drive tour that focuses on discovering the dramatic beauty of the Giant’s Causeway, Belfast, castles and curiosities of the Boyne Valley, historic sites, and above all, the beauty of the Irish countryside. Highlights of Belfast offers a glimpse into Northern Ireland’s capital. Explore the city aboard a hop-on-hop-off bus, allow the Titanic Experience to recreate the story of this world-famous ship, learn about the Troubles in a Black Cab tour, and enjoy a night out with dinner featuring a live jazz show. Northern Ireland and the Atlantic Coast offers a small group experience, which allows travellers to explore the highlights of Belfast, take in the dramatic beauty of the Giant’s Causeway, stroll through the streets of the walled city of Derry, discover the scenic north coast, and enjoy some time in Galway before returning to Dublin.

A Glimpse of the North Self-Drive: Dublin & Belfast

MODERATE | SELF-DRIVE: Starting and finishing in Dublin, on this self drive tour of the north of the Emerald Isle, you will have time to discover, at your leisure, historic sites, battlefields, Belfast itself, the Giant’s Causeway and above all, the beauty of the Irish countryside.

FIRST-CLASS | TAILOR-MADE: On this tailor-made visit to Belfast, trace the history and construction of the Titanic, take in jazz over dinner at the city’s only jazz bar, and discover the tumultuous history of Northern Ireland’s capital city with the help of a local Black Cab driver.

FIRST-CLASS | SMALL GROUP: From Dublin, combine the gentle beauty of the Antrim coast and glens with the wild and rugged west coast of Ireland. Add visits to Belfast, Londonderry and the Giant’s Causeway and you have a well rounded insight into some of Ireland’s most outstanding regions.