Despite being dominated by the Kalahari Desert, Botswana is home to a wide variety of nature and wildlife which makes it one of Africa’s top safari destinations.  Many of the animals typically associated with the African continent call Botswana home and areas like Chobe National Park and the Okavango Delta offer unparalleled big game viewing.

Elephants are the biggest land mammals on the planet and large concentrations are found in the Caprivi Strip and northern parts of Botswana.  The Chobe region is believed to have the largest elephant population in the world.  While these large mammals are incredibly popular with tourists, they are often at odds with the local population.  Elephants face threats through hunting and poaching as their ivory tusks are highly sought after.  Expanding human populations have overtaken natural habitats and conflict sometimes results in the killing of elephants.  However, many conservation groups, as well as the government of Botswana have been working hard to educate the population and raise awareness to protect these animals and to remind the public about the importance of elephants to ecotourism which is a major factor in Botswana’s economy. 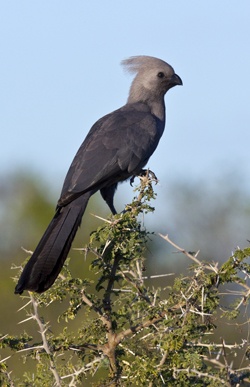 Along with housing the world's largest land mammal, Botswana is also home to the tallest animal in the world - the giraffe. Giraffes prefer to live in dry savannas and as such, they are widely distributed throughout the northern and central parts of Botswana. The best places to spot giraffes are at the Khutse Game Reserve and at the Kgalagadi Transfrontier Park. While populations are strong in Southern Africa, giraffe numbers have dwindled in Eastern and West Africa. In response to this, the Botswana Giraffe Project was established in conjunction with the Giraffe Conservation Foundation to complete an extensive study of giraffes living in Botswana. By doing this, researchers hope to better understand why those in Botswana have better survival rates than other parts in Africa and then utilise this information to improve numbers elsewhere.

Adorning the country’s crest, the Zebra is Botswana’s national animal, it is also the nickname for the national football team. The black and white stripes that cover zebras are unique to each individual animal. These animals are widely distributed throughout northern Botswana as well as in Makgadikgadi and east towards the Zimbabwean border. There are three types of zebras, the plains zebra, the Grévy’s zebra and the mountain zebra. The mountain zebra and the Grévy’s zebra are both endangered and while the plains zebra enjoys relatively high numbers, all three species are threatened by hunting and the destruction of natural habitats. In response to these threats, zebras have been given protected status and conservation efforts including the Makgadikgadi Zebra Migration Research study are underway to learn more about these animals and to educate the public with the goal of preventing conflict between local populations and zebras.

The above mentioned animals are merely a sample of what is on offer in Botswana. Lion prides of around six members can often be spotted. Cheetahs are widely but sparsely distributed throughout the open savanna of Botswana and the best place to find them is in Chitabe in the Okavango Delta or in Linyanti. Leopards are the most common cats in Botswana and are scattered around the country, however, the best place to catch a glimpse of these elusive animals is in the Moremi Reserve. Hippopotamus can be found in the Okavango River as well as in the Chobe, Boteti and Limpopo Rivers.

There are approximately 157 different reptile species in Botswana, 72 of which are snakes. Lizards are everywhere and there are large populations of geckos, chameleons and rock-plated lizards. The Okavango Delta is home to many Nile Crocodiles which are considered threatened in other parts of Southern Africa. Botswana is also considered a birding paradise with approximately 550 different species. The Makgadikgadi and Nxai Pans National Park are covered in pink flamingos as well as other migratory birds. The Okavango Delta, the Chobe Riverfront and the Nater Bird Sanctuary are favourite hotspots for birdwatchers.

To accommodate and conserve this incredible natural wildlife, much of Botswana’s geography has been divided into national parks and game reserves. The three national parks and seven reserves cover 17% of the total land area of the country while a further 22% is considered Wildlife Management Areas. Chobe National Park houses four different ecosystems and is therefore known for having the largest wildlife concentration in all of Africa. The elephant population there is the largest in Botswana. Kgalagadi Transfrontier Park was the first conservation area to be established in the Kalahari Desert in May 2001. Botswana controls 28,400 square kilometres (11,000 square miles) while South Africa controls the remaining 9,600 square kilometres (3,700 square miles). Each of the national parks and reserves offers something special.

As a whole, Botswana has strong conservation policies. The government wishes to promote ecotourism, but not at the expense of the natural wildlife. Great emphasis is placed on educating citizens about the importance of the wildlife and on coexisting with it to prevent conflict.

At Goway we believe that a well-informed traveller is a safer traveller. With this in mind, we have compiled an easy to navigate travel information section dedicated to Botswana.

Learn about the history and culture of Botswana, the must-try food and drink, and what to pack in your suitcase. Read about Botswana's nature and wildlife, weather and geography, along with 'Country Quickfacts' compiled by our travel experts. Our globetrotting tips, as well as our visa and health information will help ensure you're properly prepared for a safe and enjoyable trip. The only way you could possibly learn more is by embarking on your journey and discovering Botswana for yourself. Start exploring… book one of our Botswana tours today!

After your African Safari, why not consider one of Goway's Europe tours or Egypt tours en route from Botswana or perhaps a stopover in Dubai on one of our United Arab Emirates tours

Book your Botswana tour with Goway!

AfricaExperts is the exclusive division of Goway that specializes in planning and organizing Botswana tours and experiences. Choose from an exclusive african safari, a independent travel module, a stay of distinction, a luxury cruise on the Zambezi and more. We want to be your first choice when next you go globetrotting to Botswana.