Things to Do in Botswana

Every country has outstanding and special attractions. Goway has selected the Top 5 things to do in Botswana (not in any particular order) for you to enjoy on your visit to this destination. 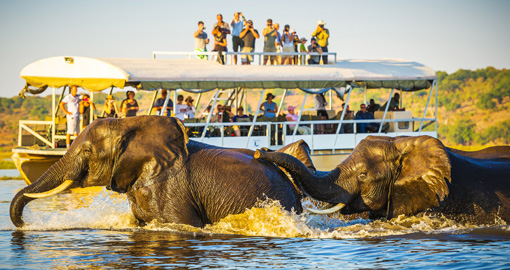 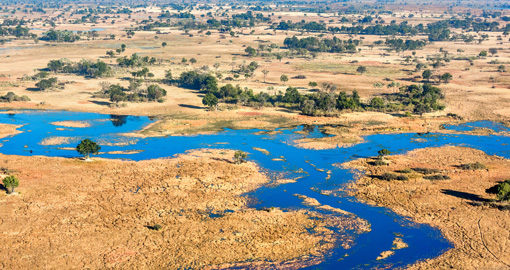 The Okavango Delta is a very large, swampy inland delta formed where the Okavango River reaches the Kalahari Desert. Known as “the river that never finds the sea”, the water reaching the delta does not flow into any sea or ocean. One of the world’s largest inland deltas and subsequently attracts a large number of wildlife. It consists of lagoons, water channels, and islands all teeming with animals. Lion, cheetah, leopard and African wild dog share the floodplains with herds of elephant and buffalo. You can view wildlife on safaris either on foot or on a game drive. The variety of flora and fauna means excellent game viewing year-round. You can take a safari in a boat (dugout canoe) and view animals at eye level. With the reintroduction of rhinos, you can see all the 'big five' here. 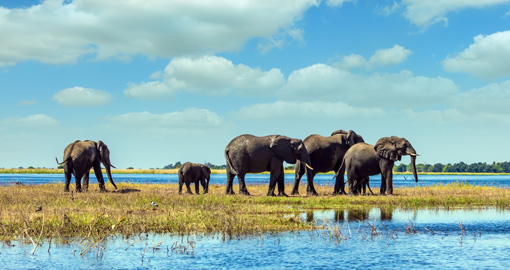 Chobe National Park is famous for its enormous elephant population. The park is the size of a small country that became a wildlife reserve in the 1930s and was Botswana’s first national park in 1968. The Park encompasses three wildlife areas: Savuti, Chobe Riverfront, and the Linyanti Marshes. Chobe has everything from campgrounds for self-drivers, to luxury fly-in lodges, and tented camps. In addition to some of Africa's largest elephant herds, there are more than 440 recorded bird species. Chobe Riverfront supports the largest wildlife concentration in the park: predators, hippos, elephants, and much more. It’s also the most accessible gateway town of Kasane. In Linyanti Marshes, hippopotamus and African wild dogs are highlights. Savuti can be reached from Maun or Kasane and has a remote feeling. Chobe's animals move in complex, ancient patterns determined by the rain and available food. Within Chobe National Park there are two areas with a few luxurious private lodges: the Chobe Riverfront and Savuti Marsh. 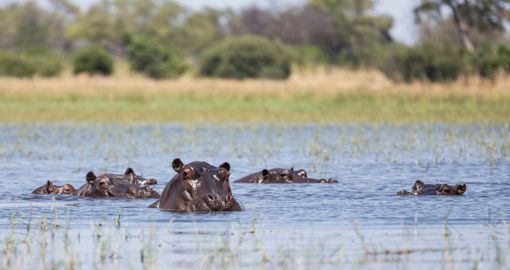 The Moremi Game Reserve covers one-third of the Okavango Delta and is home to some of the densest concentrations of wildlife in Africa. It possesses well-maintained trails and accommodation that ranges from luxury lodges to public campsites for self-drivers. The reserve is the only part of the Okavango Delta that is officially cordoned off for the preservation of wildlife. Moremi has large areas of dry land rising between vast wetlands. The reserve range from woodland to dry savannah, grassland, floodplain, marsh, permanent waterways, lagoons, and islands. Moremi is home to the Big Five—lions, leopards, buffaloes, elephants, and rhinos—protecting one of the largest populations of endangered African wild dogs. The animals found here are numerous and relaxed, often allowing vehicles to approach. Birding in Moremi is also incredibly varied and rich. 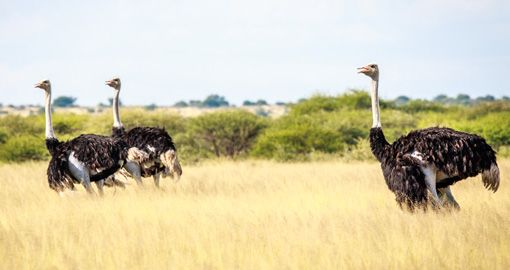 This fascinating place contains remoteness, a silent desert, and the sounds of lions roaring in the night. It is about the size of Denmark and one of Africa’s largest protected areas, although much of it is inaccessible. This is a big-sky country, home to black-maned Kalahari lions, a full suite of predators, and a wonderful sense of the remote. Other animals prevalent are springboks, bat-eared foxes, lions, leopards, cheetahs, jackals, and brown hyenas. There are only two permanent accommodation options inside the park. Birds are numerous and include larger species such as ostriches and kori bustards (the world's heaviest flying bird). 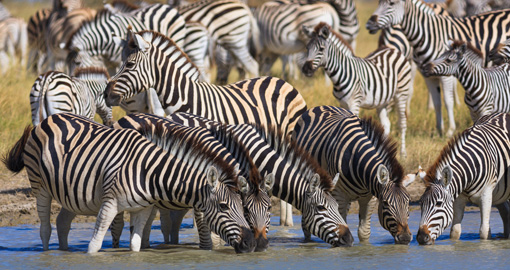 Savute is remote and a wild corner of Chobe National Park. It stretches from the park’s northern boundaries to the Linyanti River. The area’s main feature is the Savute Channel, which flows and dries up seemingly unrelated to rainfall. Dry and arid for almost 30 years, animals were sustained by artificial waterholes. With the Savute Channel flowing again, the region has undergone a transformation, reverting to its natural lush and marshy state. Large numbers of wildlife have been attracted to this rejuvenated wilderness haven. The birds of Savute are an attraction all by themselves. The largest flying bird kori bustards, prey on snakes and rodents amongst the grass. During the rainy season, Savute hosts an annual zebra migration, which peaks in January-February when zebras graze.