Things to do in Egypt

Every country has its outstanding and special attractions, and Egypt has thousands of years of history to draw on. Here are just a few of our Top Things to Do in Egypt (in no particular order). 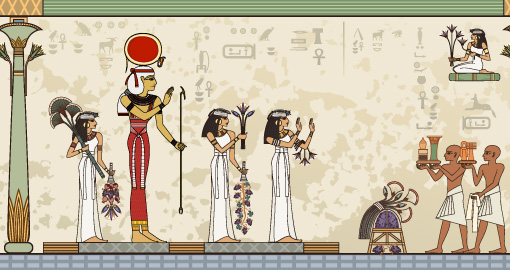 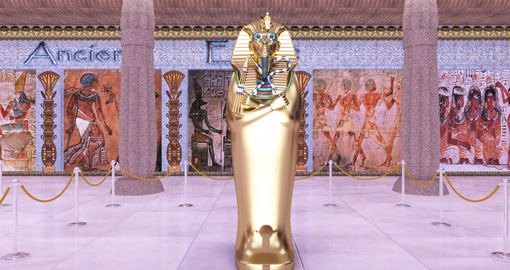 Commonly known as the Egyptian Museum or Museum of Cairo, this is the best place to begin your exploration of Egypt’s amazing history and legacy. It contains one of the world’s most important collections of ancient artefacts and houses the world’s largest collection of Pharaonic antiquities—to quote, “to walk around this museum is to embark on an adventure through time”. Some of the more important displays are the treasures discovered in the tomb of Tutankhamun, the boy pharaoh as well as his mummified body. Other great pharaohs’ tombs and their treasures are on display too, among the 100,000 objects spread over two main floors in the museum. On the ground floor, there is an extensive collection of papyrus and coins. Also on the ground floor are artefacts from the New Kingdom, the time period between 1550 and 1069 BC and include statues, tables, and coffins (sarcophagi). On the first floor are artefacts from the final two dynasties of Egypt as well as many artefacts from the Valley of the Kings including the tomb of Tutankhamun. Until the Great Egyptian Museum opens (estimated in mid-2022), the Egyptian Museum remains the world's premier collection of Egyptian artefacts. 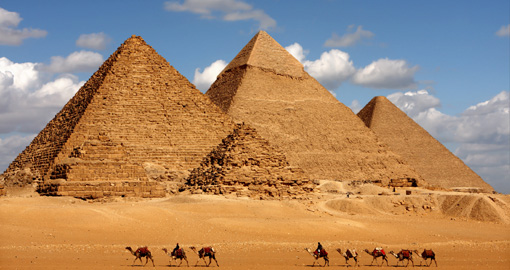 The Great Pyramids of Giza on the outskirts of Cairo are the only remaining Ancient Wonder of the World. They are 4,000 years old and awe visitors with their extraordinary shape, perfect structure, and sheer size. They were constructed by thousands of workers and their purpose was to be the burial tombs for deceased pharaohs. There are three large pyramids in Giza. The Great Pyramid of Cheops is the oldest and largest with an estimated 2.3 million blocks used in its construction. It is possible to go inside this pyramid by entering a long low, narrow corridor that leads to the exquisitely built Great Gallery and central chambers. However, any treasures that existed here are long gone. The Pyramid of Chephren, similarly to the Cheops Pyramid, has an internal burial chamber that can be entered as well as a funerary temple outside of the pyramid that leads to the Sphinx. 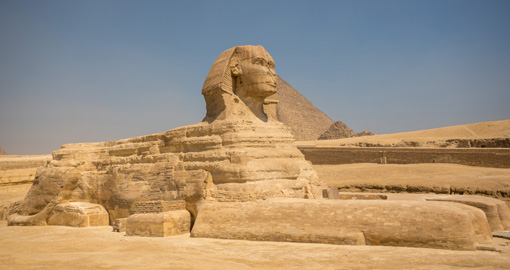 The legendary Sphinx which lies not far from the Giza pyramids is a large limestone statue with the body of a lion and the head of a human believed to be one of the ancient pharaohs. The Sphinx measures 74 metres/289 feet in length. 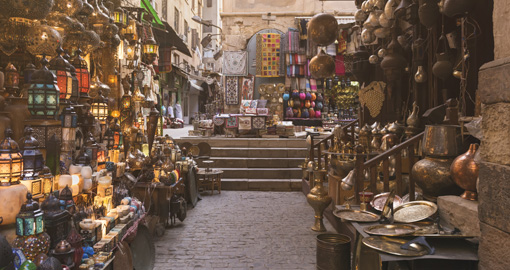 Khan el-Khalili is located in the historic centre of Islamic Cairo. It is basically a bazaar with a medieval flavour. The shops are situated in narrow lanes, many around small courtyards. They sell everything imaginable and it is a good place to pick up inexpensive souvenirs. The gold district is very popular with the locals who have been trading here since the 14th Century. Many shops, besides selling souvenirs, offer antiques and jewellery. There are traditional workshops operating here. In addition to the shops, there are several coffeehouses, restaurants, and street food vendors distributed throughout the market. The coffeehouses are generally small and traditional, serving Arabic coffee. One of the oldest and most famous is Fishawi's established in 1773. The al-Hussein Mosque is adjacent to Khan el-Khalili. 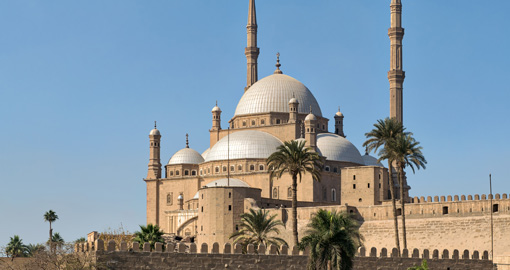 The Citadel of Cairo is a medieval Islamic fortification located high on a hill with amazing views of the city. It is now a well-preserved historic site comprising mosques, palaces, and museums. In 1976, it became a UNESCO World Heritage site. First built in 1176 AD as a fortification against the Crusaders and was home to Egypt’s rulers for 700 years. On a clear day, you can see the Giza pyramids in the far distance. Worth visiting are the National Military Museum, the Police Museum, the Carriage Museum, and the Al-Gawhara Palace Museum. 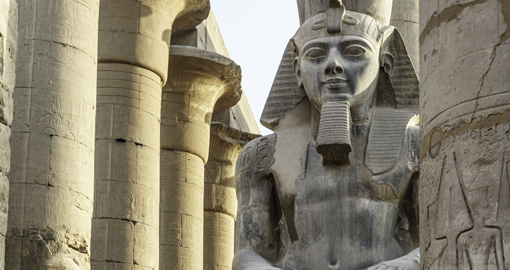 Luxor Temple is a temple complex located on the east bank of the Nile River in the city of Luxor (ancient Thebes) and was constructed in approximately 1400 BC. Unlike the other temples in this region, the Luxor Temple is not dedicated to a god but to the rejuvenation of kingship. It may have been where many of the kings of Egypt were crowned. It is a strikingly graceful monument in the heart of the modern city. Be sure to visit it as well at night when the temple is lit up, creating an eerie spectacle as shadow and light play off the reliefs and colonnades. You literally walk back in time the deeper you go into it. In front of the temple is the beginning of the Avenue of Sphinxes that used to run all the way to the temples at Karnak, 3 kilometres/ 2 miles away. 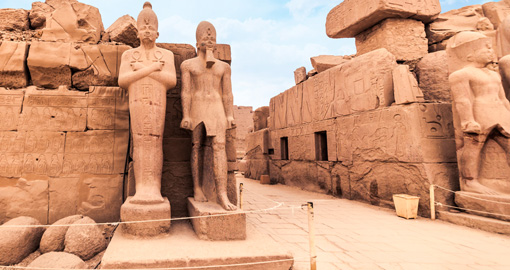 Karnak is an outstanding complex of sanctuaries, temples, chapels, and obelisks 2.5 kilometres/1.6 miles north of Luxor. It covers more than 2 sq kilometres/almost 1 square mile and translates as “fortified village”. At the centre is the Temple of Amun, the earthly 'home' of the local god; which has been–added to, dismantled, restored and enlarged–over nearly 1500 years. Karnak was the most important place of worship in Egypt during the New Kingdom period between the 16th Century BC and the 11th century BC. The complex is a vast open-air site and includes the Karnak Open Air Museum. It is believed to be the second-most visited historical site in Egypt after the pyramids. It consists of four main parts, of which only the largest is currently open to the general public. The difference between Karnak and most of the other temples and sites in Egypt is the length of time over which it was developed and used. Approximately thirty pharaohs contributed to the buildings which allowed it to reach a size and diversity not seen elsewhere. One famous part of Karnak is the Hypostyle Hall with 134 massive columns arranged in 16 rows; 122 of these columns are 10 metres tall.

Valley of the Kings, Luxor 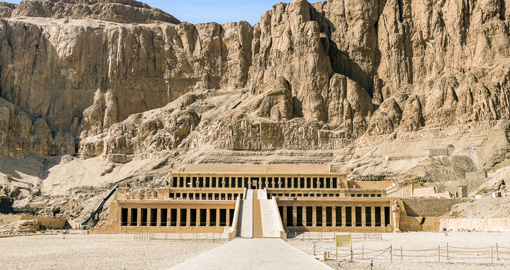 The Valley of the Kings stands on the west bank of the Nile and is where, from the 16th to the 11th Centuries BC, tombs were constructed for Pharaohs and the nobility of the New Kingdom. The west bank has been the site of royal burials since around 2100 BC. It was once known as ‘The Great and Majestic Necropolis of the Millions of Years of the Pharaoh’ and has 63 magnificent royal tombs. Many of the tombs had been robbed of antiquities by the end of the 20th Century, but what remains in the tombs has provided insight into the beliefs and funeral rituals of the time as they are decorated with scenes from Egyptian mythology. The Valley of the Kings is famous for the discovery of Tutankhamun's tomb in 1922. The Visitors Centre has a good model of the valley and a movie about the discovery of the tomb of Tutankhamun. A little electrical train carries visitors between the centre and the tombs. Another important site is the excellent Temple of Hatshetsup which is partly cut into the rocks. 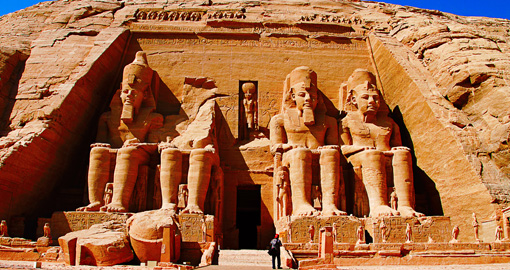 These are two enormous rock temples in a village in Nubia near the border with Sudan. They are situated on the west bank of Lake Nasser around 230 kilometres/140 miles southwest of Aswan. The complex is part of the UNESCO World Heritage Site known as the Nubian Monuments. The twin temples of Abu Simbel, were originally carved out of a mountainside in the 13th Century BC during the reign of the Pharaoh Ramses II. They are a monument to him and his Queen Nefertari and commemorate his victory at the Battle of Kadesh. Their outlines are hewn out of the rock. In 1968, the whole complex was relocated to above the Aswan High Dam as it would have been submerged by the creation of Lake Nasser. Because the temples were covered in sand over time, they were only rediscovered at the beginning of the 19th Century. 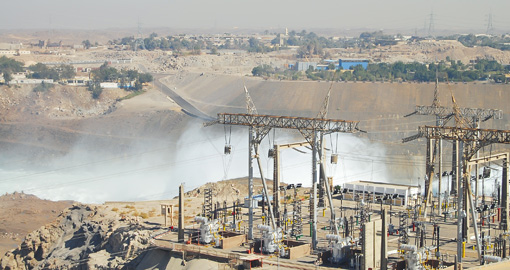 The Aswan High Dam is built across the Nile in Aswan between 1960 and 1970 AD. There was a Low Dam first completed in 1902, by the British. When the High Dam was built, this time by the Russians, it had a significant effect on the economy of Egypt due to its ability to increase water storage (important in Egypt) and generate hydroelectricity. It is 980 metres/3220 feet wide and 3830 metres/12,570 feet long. At the dam site is a small pavilion with displays about the dimensions and the construction of the dam. On the western side is a monument honouring Soviet-Egyptian friendship and cooperation. 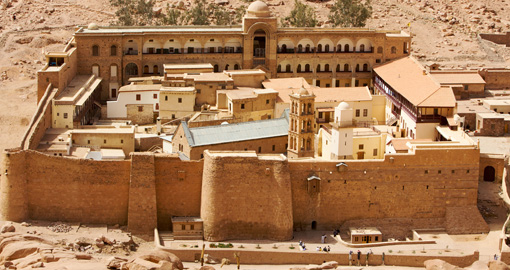 Saint Catherine's Monastery, on the Sinai Peninsula where, according to the Old Testament, Moses received the Ten Commandments, lies at the foot of Mount Sinai, near the town of Saint Catherine. The monastery is run by the autonomous Church of Sinai, part of the wider Eastern Orthodox Church, and is a UNESCO World Heritage Site. It was built between 548-565 AD and is one of the oldest working Christian monasteries in the world. It contains the world's oldest continually operating library with its many unique books. The monastery was built by order of Emperor Justinian I (527–565) AD enclosing the Chapel of the Burning Bush, the site where Moses is supposed to have seen the burning bush. The site is sacred to Christianity, Islam, and Judaism. The monastery houses priceless works of art including mosaics, the best collection of early icons in the world, chalices, and reliquaries. The large icon collection begins with a few dating to the 5th and 6th Centuries AD. 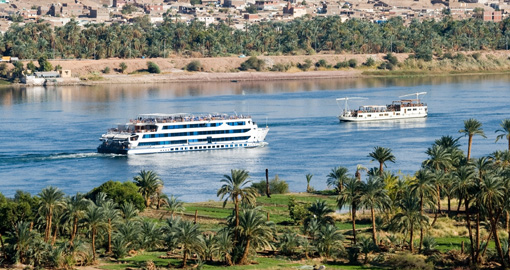 This is certainly the most relaxing way to view Central Egypt’s treasures. Almost all Nile cruises sail between Luxor and Aswan in both directions and usually take a minimum of four days one way. There are cruises from Cairo to Luxor and Aswan which last as long as 12 to 13 days one way. Most Nile cruises visit the popular sites of Esna, Edfu, and Kom Ombo before disembarking in either Luxor or Aswan. There is a lot of choice, with around 200 Nile River Cruise ships currently in service. These range from traditional paddle steamers to luxurious modern cruise ships. Most cruise companies employ the services of an Egyptologist, who will be your guide around the ancient sights you visit along the way. Modern vessels usually have a swimming pool while some provide nightly entertainment in the form of belly dancing shows. At night, many of the temples and monuments are illuminated and the sight of them from the river can be breathtaking.