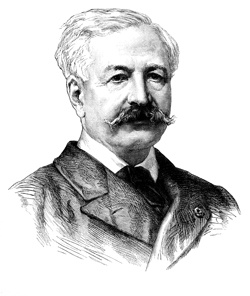 Despite the fact that humans have inhabited parts of Panama for at least 10,000 years, there are very few archaeological remains. It is believed that Panama’s ancient sites were lost in the jungle and archaeologists and historians are hopeful that these sites may be discovered in the future. For Panama’s earliest inhabitants, fishing was central to life. It is therefore not surprising that the name Panama comes from an indigenous word that translates to “abundance of fish”.

The exploration of Panama began early in the 16th century when Spanish explorer Rodrigo de Bastidas arrived on the isthmus in 1501. The country initially proved difficult to settle as it lacked the gold that was found in neighbouring countries and was home to inhospitable terrain and tropical diseases. As time passed, a strong Spanish settlement was established and Panama City became the starting point of the eventual conquest of the Incan Empire.

Due to its location, Panama was used as an important trade route that saw Peruvian gold and silver pass through on route to Spain. This incredible wealth attracted pirates and attacks became increasingly common. By the middle of the 17th century, silver and gold in Peru became less frequent and the constant pirate attacks limited the amount of wealth that came through Panama and Spain eventually abandoned travelling through the isthmus.

Independence was granted to Spanish colonies in 1821 and Panama became part of Gran Colombia along with Colombia, Venezuela and Ecuador. For the next eighty years, the people of Panama campaigned for true independence and after riots and changes in government, Panama was declared independent in 1903. The building of the Panama Canal, which was completed in 1914, brought approximately 75,000 labourers of all different nationalities and cultures to the country for work. One of the most complex engineering projects ever undertaken, the Panama Canal eventually proved a success allowing ships to travel between the Atlantic and Pacific Oceans in half the time. The United States bought the rights to the Panama Canal Zone and as a result, much of the wealth generated went to America rather than Panama.

For Panama, the 20th century witnessed many administrative changes and the people were unhappy with the control the US had over the canal and the American presence that existed in the country. A military coup in 1968 placed General Omar Torrijos Herrera as the leader of Panama and he quickly became a dictator, ruling until his death in 1981. Torrijos was successful in negotiating with then-US president Jimmy Carter to cede control of the canal back to Panama. Terms were agreed upon, and in 1999, the Panama Canal came back under the control of Panama itself.

Torrijos died unexpectedly in a plane crash and the country was unprepared. Two years later, Colonel Manuel Antonio Noriega seized control of the National Guard and made himself the ruler of the country. He controlled every aspect of life in Panama and for six years he chose the country’s presidents through rigged elections. In March 1988, the US imposed economic sanctions on Panama and refused to pay canal fees which significantly impacted the economy.  US President George Bush sent a military invasion to take power back from Noriega and the 1990s became a time for rebuilding.

Panama is still growing and plans to expand the canal promise a great deal of wealth for the country. It is a country of contrasts mixing old and new with incredible skylines set against amazing nature and wildlife. Panama hosts a mixture of cultures while being the home of one of the most independent indigenous groups in Central America. Already popular amongst backpackers, Panama is becoming known to travellers around the world who come to experience stunning beaches, rainforests, great nightlife, history, culture and more.

At Goway we believe that a well-informed traveller is a safer traveller. With this in mind, we have compiled an easy-to-navigate travel information section dedicated to Panama.

Learn about the history and culture of Panama, the must-try food and drink, and what to pack in your suitcase. Read about Panama's nature and wildlife, weather and geography, along with 'Country Quickfacts' compiled by our travel experts. Our globetrotting tips, as well as our visa and health information, will help ensure you're properly prepared for a safe and enjoyable trip. The only way you could possibly learn more is by embarking on your journey and discovering Panama for yourself. Start exploring… book one of our Panama tours today!

Book your Panama tour with Goway!

LATIN AMERICA by Goway is an exclusive division that specializes in planning and organizing Panama tours and experiences. Choose from a simple city stopover, one of our islands stays, a lodge and beach stay holiday for sun seekers or snowbirds and more. We want to be your first choice when next you go globetrotting to Panama.