Things to do in Austria

Every country has its outstanding and special attractions. Goway has selected its top 12 things to do in Austria (not in any particular order) for you to enjoy on your visit to this destination. 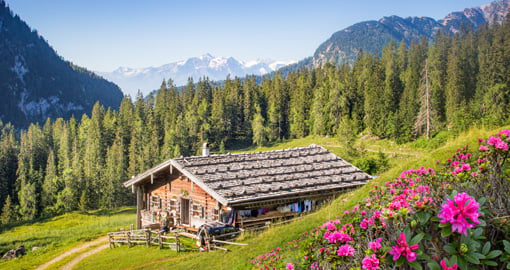 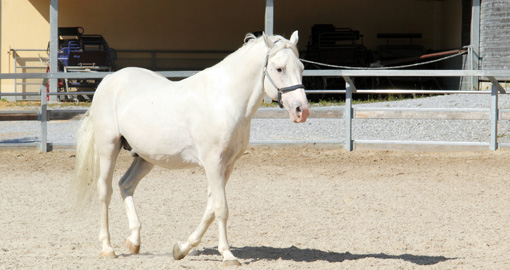 The world-famous riding school is a Viennese institution to be experienced on Austrian vacations. An equestrian show is performed by Lipizzaner stallions formerly kept at an imperial stud established at Lipizza (hence the name). These graceful stallions perform an equine ballet to a program of classical music. Apart from these public performances, visitors are allowed to view some training sessions. All riders wear the traditional uniform of brown tailcoats, bicorn-style hats, white buckskin breeches, white suede gloves, and black top riding boots. This uniform has remained more or less unchanged for 200 years. 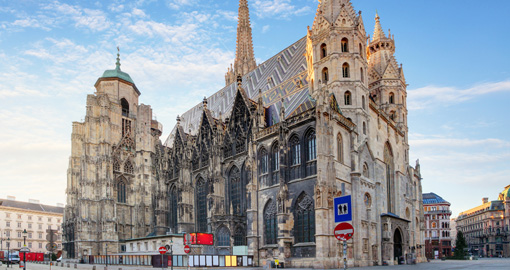 This centrally located, imposing church dates back to the 12th Century and is one of Austria’s most important Gothic structures. The interior contains relics decorated with gold and precious stones, liturgical texts and books as well as vestments. It also contains the tombs of many important people including emperors, princes, dukes and archbishops. There are four towers and it is possible to climb the 343 steps to the top of the south tower. From here, there are amazing panoramic views of the city. St. Stephen’s has the second-largest free-swinging chimed church bell in Europe. 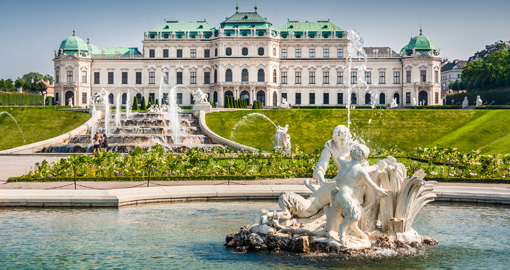 These are Vienna’s answers to Versailles and Fontainebleau in Paris. Schonbrunn is a UNESCO World Heritage Site and a well-preserved example of a baroque royal residence. It is the former summer palace of some of the past Austrian royalty. It has 1441 rooms, many of which can be visited, including the Great Gallery used for court functions such as balls and receptions, the Mirrors Room where a young Mozart gave his very first concert at the age of six to Empress Maria Theresa and the Hall of Ceremonies, a ceremonial hall for family celebrations. The extensive gardens which surround the palace contain a sculpture garden with 32 sculptures plus thousands of orchids and a zoo considered to be the oldest in the world.

Belvedere Palace is two Baroque palaces in one, Upper and Lower Belvedere, connected by a stunning baroque garden and is Vienna’s equivalent to Versailles. The main attraction here is an important art collection ranging from the Middle Ages to the present day. On Austrian vacations, you can visit the apartments and staterooms in Lower Belvedere, the Palace Stables which are now home to some 150 objects of sacred medieval art and the Palace Gardens with their beautiful sculptures and fountains. 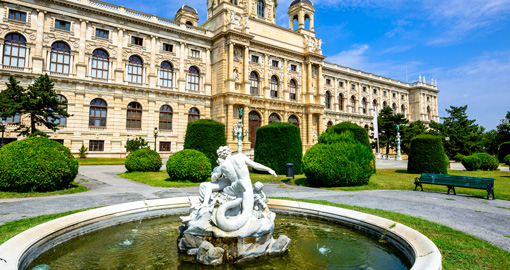 This is one of most famous art galleries in the world which contains art collected by the Hapsburgs and includes the largest Breughel collection anywhere. Artists featured include Raphael, Vermeer, Velazquez, Rubens, Rembrandt Tintoretto and many more. 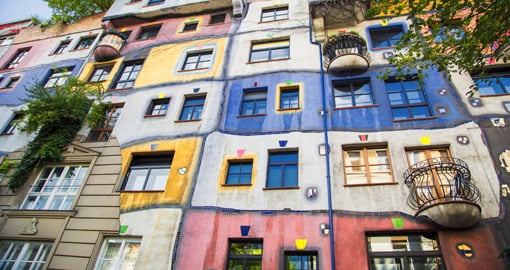 This is a very different kind of museum in the Hundertwasserhaus and is dedicated to the works of the very unusual architect, Friedensreich Hundertwasser. The whole design of the building is unique with wavy, undulating floors and a notable lack of straight lines. There are paintings, lithographs, silk screens, etchings and woodcuts. It will be hard to find anything like this museum elsewhere. Opposite the Hundertwasserhaus is the Hundertwasser Village which was created by Hundertwasser as his own shopping centre with a "village square", a bar and numerous stores all in the typical Hundertwasser style. 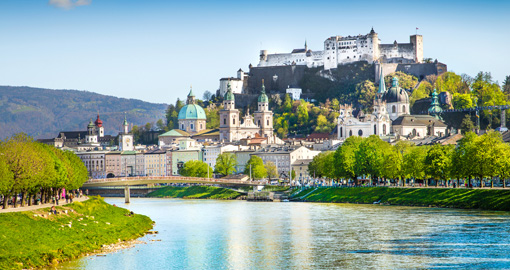 Salzburg is a fairy-tale-like historic city in which the old town has retained its character from the time when Mozart lived here 250 years ago. The city is dominated by a fortress built in 1077 which stands at the top of a large hill overlooking Salzburg. The fortress can be reached either on foot by a steep climb or by a funicular. The views of the city and the mountains from the fortress are worth the visit alone. Highlights of a visit inside include the Golden Hall where lavish banquets were once held and the Marionette Museum as well as the Fortress Museum, which has a model of Salzburg as it was in 1612 plus medieval instruments, armour and torture devices. 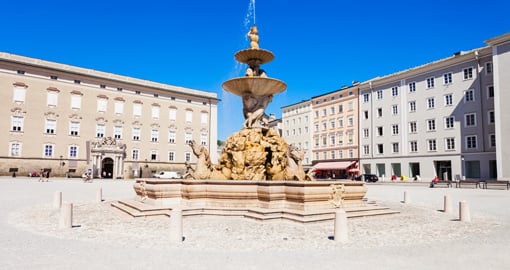 Another major attraction in Salzburg is the Residenz Palace where prince-archbishops lived until Salzburg became part of the Hapsburg Empire in the 19th Century. You can visit the state rooms and the Residenz Gallery with its collection of paintings by Flemish and Dutch masters. 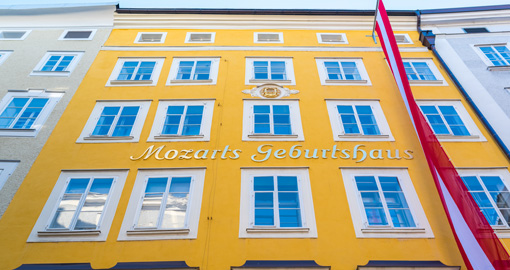 One of the most visited museums in Austria is the house in which Mozart was born in 1756. His family lived here for 26 years. Visitors can tour the original rooms and view items of everyday life from those times. There are original certificates, letters and memorabilia which document Mozart’s life in Salzburg plus a collection of portraits and Mozart’s own violin and clavichord. 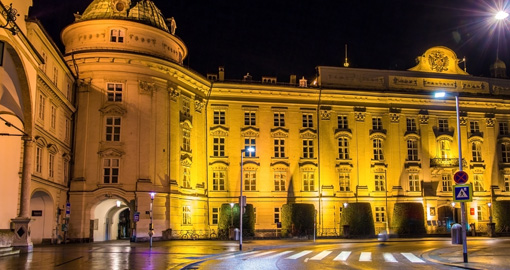 The Hofburg was built as a castle in the 15th Century and later turned into a palace in the 18th Century. It is considered one of the three most significant cultural buildings in Austria. The Hofburg is the main building of a large residential complex once used by the Habsburgs. Today, it contains five museum areas including the Maria Theresa Rooms from the 18th century, Empress Elisabeth's apartment from the 19th Century, a Furniture Museum, an Ancestral Gallery and a Painting Gallery. 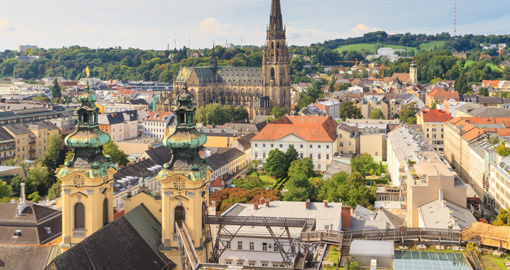 Linz is Austria’s third-largest city and is situated on both sides of the River Danube. The city is famous for its churches and museums as well as being one of the most picturesque cities in the country. Overlooking the Danube is the imposing Linz Castle which was the site of a fortress from the 9th Century with a few remains. The present structure dates back to the 16th Century. It is home to the Schlossmuseum with its important art and historical collections and displays featuring artifacts from the prehistoric, Roman, and medieval periods. These include paintings, sculptures, arms, and armour. The old town of Linz lies at the foot of the castle with its narrow lanes, remarkable town residences and chapter houses. 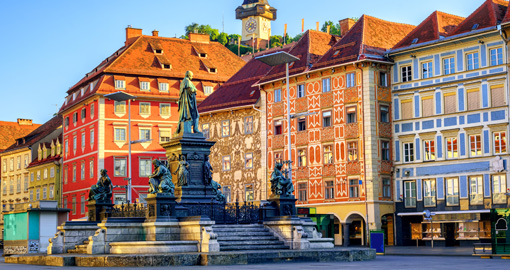 Graz is the second-largest city in Austria and is home to six universities. It is also the birthplace of actor and former Governor of California, Arnold Schwarzenegger. The old town here has been designated a UNESCO World Heritage site with its 1000 buildings ranging from the gothic style to the contemporary, its clock tower, which comes to life three times every day with music and rotating dance figures and its mausoleum of Emperor Ferdinand ll. The Schlossberg castle, built in the 15th Century, is perched on top of a hill overlooking the city and can be reached by elevator or a funicular. The Eggenberg Palace in Graz was built in 1625 in the Italian Renaissance style. You can visit the state rooms and the gardens.

Winter Sports in the Austrian Alps 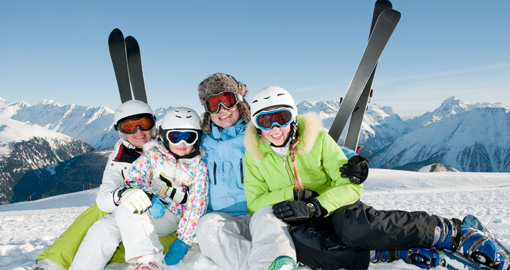 There are a number of winter sports centres available for Austria vacations. Some of the best-known include St Anton which is famous for not only its ski slopes but its nightlife, Obergurgl, one of the highest ski resorts in Europe which attract wealthy International visitors and has a reputation as Austria’s most likely ski resort to have snow from mid-November until early May, Kitzbuhel, which has easy access to its 60 ski slopes and snow guaranteed from December to April and Solden with almost certain snow between October and May and an active après-ski scene plus concerts all winter long.