Finland: Things to do

Every country has its outstanding and special attractions. Goway has selected its Top 10 Things to Do in Finland (not in any particular order) for you to enjoy on your visit to this destination. 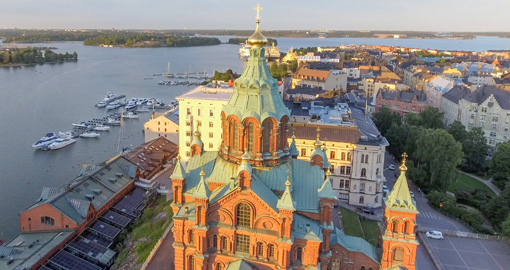 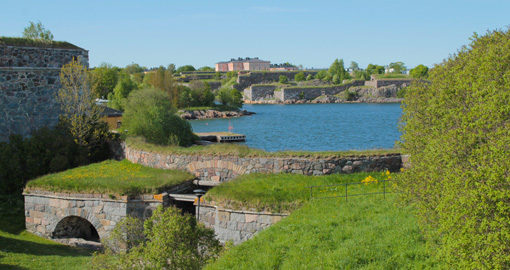 Suomenlinna is a number of small islands connected by bridges located in Helsinki Harbour and reached by ferry. It is a UNESCO World Heritage site. It is actually the site of a fortress originally built in the mid 18th Century to protect the city. Today, there are several museums only open in the summer within the imposing fortress walls which detail the history of the fortress as well as Finland’s only remaining World War ll submarine.

This is another island just outside of Helsinki which is an open-air museum with a collection of more than 80 historic wooden buildings acquired from different parts of Finland. These include everything from mansions to churches giving you the opportunity to view Finnish life from the 18th to the 20th Century. Tours are available with guides dressed in traditional Finnish costumes from June to August. There are also demonstrations of folk dancing and handicrafts. An added feature on Finland vacations is the ability to stroll around the picturesque wooded island. 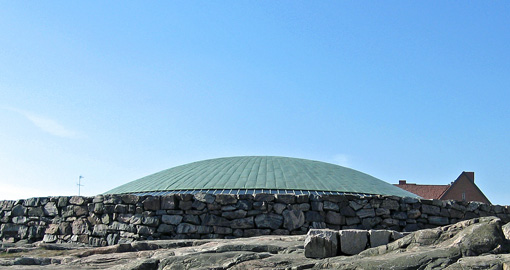 This is a modern underground church designed by Finnish architects in 1969. It is a unique structure, carved out of solid rock and the interior walls have been left unadorned. The roof is at ground level and is covered in copper and rests on the rock walls. Inside the church, skylights bathe the church interior with natural sunlight. The church holds concerts when the acoustics are outstanding. 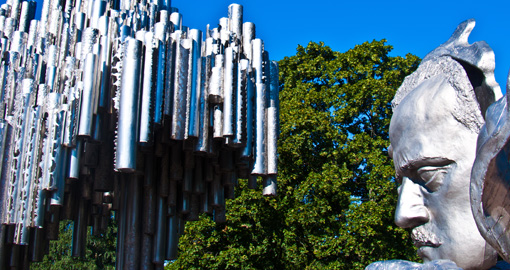 This is a striking sculpture created in 1967 to honour Finland’s most famous composer, Jean Sibelius (1865-1957). Its design, certainly impressive but also controversial, is a wave-like combination of 600 stainless steel pipes resembling organ pipes which took 4 years to complete. It has a bust of the composer on one side. 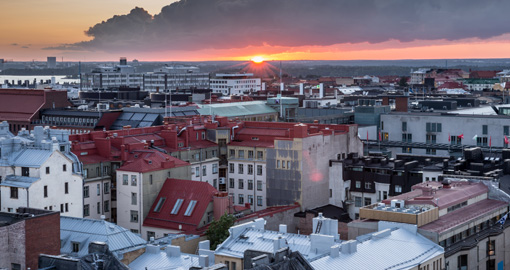 The Design District is a vibrant area full of fascinating shops, galleries and museums where you will discover that art is a part of everyday life. It covers 25 streets with 200 buildings. Pick up a Design District Helsinki map and check out the selection of over 200 boutique shops, museums galleries and cafes. This will give an insight into Finnish design. The Design Museum itself has a vast collection of more than 75,000 objects and 100,000 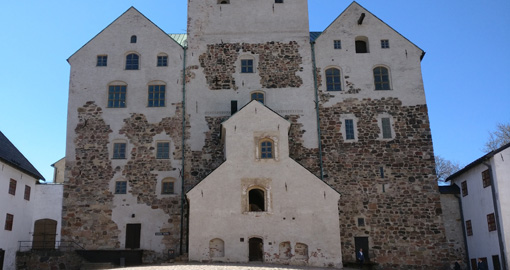 Turku is Finland’s former capital located on the sea. It has an impressive historic castle, the largest in Finland which was built as a fortress over 700 years ago and which has been used as a barracks, storehouse and administrative building. A visit on Finland vacations to the interior will reveal elegantly furnished halls and chambers. There are two dungeons and some banquet halls plus a historical museum about medieval Turku. There is a Children’s Castle where they can dress up in period costumes and suits of armour from the days of knights and maidens. Turku Cathedral is a very old church dating back to 1300 AD and is considered a Finnish national treasure. There is a Cathedral Museum which houses an important collection of church silverware from the Middle Ages. Every noon, yo0u can listen to the cathedral bells ringing out. 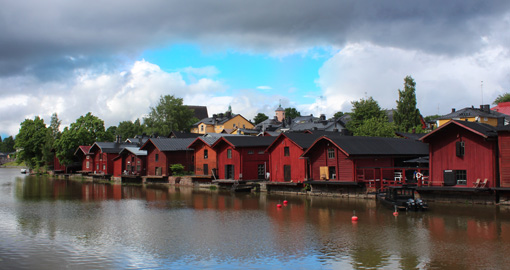 Porvoo is the second oldest city in Finland after Turku. It is a picturesque town with many ancient buildings. St. Mary’s Cathedral dates back to the 13th Century and has a selection of medieval paintings and sculptures. It is surrounded by a wonderful old town where the houses are several hundreds of years old. There is a museum in the town square which has displays of Porvoo in the past. Close by here is a neighbourhood of charming boutique shops and antique stores. 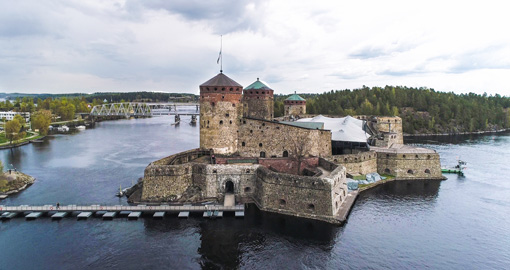 Savonlinna is a beautiful and lively city in Eastern Finland situated on Lake Saimaa in Finland’s Lakeland. The area around is perfect for hiking and horseback riding. Around Savonlinna, there are many small attractive villages. At Kerimaki there is the world’s largest wooden church. The Savonlinna Opera Festival is a cultural event famous throughout the world taking place in July and August annually. It is uniquely staged in Olavinlinna Castle. In addition to opera, Savonlinna offers many other forms of live music, art and theatre.

Rovaniemi is the administrative capital and commercial centre of Finland's northernmost province, Lapland and is situated 6 kilometres/3.6 miles south of the Arctic Circle. The Arctic Circle cuts right through Santa Claus Village, a famous landmark. The Santa Claus' post office sells a large variety of Christmas related items and Christmas cards. All mail sent from this post office is postmarked with a special Santa Claus postmark and visitors can specify that their mail be sent at the next Christmas. Santa Claus's Office is located in the Village where you can take photographs and chat with Santa Claus. Rovaniemi is home to Lapland’s Provincial Museum Arktikum, a museum and science centre with exhibits which detail the culture, history and modern life in the Arctic. Culture thrives in Rovaniemi. It even has its own chamber orchestra. Rovaniemi and Lapland are the places to see the mystical Northern Lights (Aurora Borealis) and the best times are in the spring and fall. 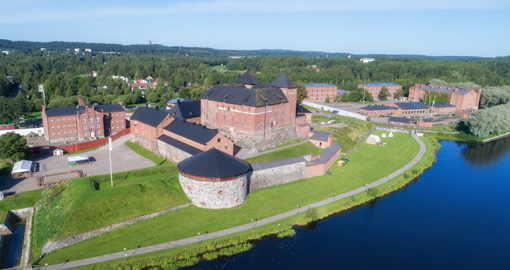 Hameenlinna is a town just north of Helsinki which has a good selection of museums plus a medieval castle. There are historical, art, prison and artillery museums to visit. The birthplace of Jean Sibelius here is now a museum which tells about the composer's childhood. Hame Castle is the main attraction of Hameenlinna, medieval red brick castle, now a museum and a venue for events. It is surrounded by a moat and has battlement walls and a gun tower.