As provided by the German Tourist Office 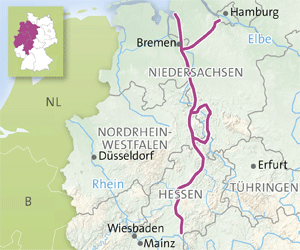 Welcome to the home of fairies and princes, Sleeping Beauty, Snow White, Little Red Riding Hood and Cinderella. Let the 600 km German Fairy Tale Route transport you to the magical world of the Brothers Grimm, from their birthplace in Hanau to Bremen, the home of the famous four-legged town musicians (Tiercombo).

Many fairy stories begin with "Once upon a time…" Now you can create your own fairytale adventure as you follow in the footsteps of these two master storytellers. You might want to borrow some seven-league boots – but if a nasty witch has stolen them, a bicycle or a car will do instead. The German Fairy Tale Route offers culture and history, enchanting medieval towns, bewitched castles, fairytale palaces, grottos and museums.

A route that tells a fairy tale of its own

Lose yourself in a realm of fairy tales, sagas, myths and legends, where the festivities never stop: open-air plays, puppet theatres, fairytale festivals, barn festivals, themed meals and medieval Tafeleyen feasts – and there's even the chance to bump into some of your favourite fairytale characters. Fairy tales can be found everywhere, even where you least expect them. On the German Fairy Tale Route, every day is an entire world away.

A meeting of fairytale fans

A route is a place where childhood dreams spring into life. Where the seven dwarfs and their seven mountains live side by side with daring princes and fairies will cast a spell on you (unless the Pied Piper whisks you away first!). Bump into Little Red Riding Hood, who still hasn't got to her granny. Or Rapunzel, Hansel and Gretel, and Mother Hulda (still shaking out her featherbeds). Live the dream in Sababurg Castle, where Sleeping Beauty's prince woke her from her enchanted sleep. And experience what it feels like to be Hans in Luck. 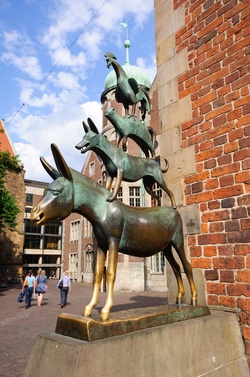 Art and culture, eight nature parks, enchanting highlands and riversides line the route, while images of half-timbered villages and romantic cities flutter past one after the other like the pages of a storybook. Delve into a countryside scattered with flowers, stride through deep forests, put your finger on the pulse of vibrant cities and enjoy the hospitality that lies around every twist and turn of the German Fairy Tale Route.

The spellbinding power of fairy tales

"Once upon a time...": this is how many fairy tales begin; the start of this particular journey into a world of witches, princesses, Rumpelstiltskin, Rapunzel and many other fairytale characters is marked by the words "I did that once". It's time to stop reading the tale and start living it on the German Fairy Tale Route.