Things to do in Rome

Ah, Rome! The Eternal City. The seat of an empire, the centre of a worldwide religion, and a bona fide highlight of any trip to Europe. It can also be an experience that captures all the wonder and madness of a trip to Italy in one chaotic, yet gorgeous package. Whether your dolce vita involves wandering the former halls that shaped history in the Roman Forum, zipping through the streets on a moped, or finding a cosy trattoria far from the tourist trail and enjoying a delicious meal, Rome promises a few days of Globetrotting you’ll never forget. Even if you've come to experience the local side of the city, here are some of the popular highlights you won't want to miss. 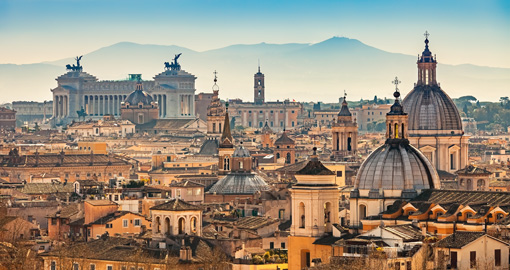 Is there a single image more Roman than the Colosseum? Completed in 70 AD, Rome’s circus Maximus embodies the power, wealth, and brutality of the ancient empire. Originally an arena for gladiators and other blood-sport athletes, the only competition at the Colosseum today is arriving at the right time to avoid a massive queue. Booking an organized tour, buying a pass such as the Vatican and Rome Card, or a combination ticket for the Colosseum, Palatine Hill, and Roman Forum can save you a lot of time in the high season. 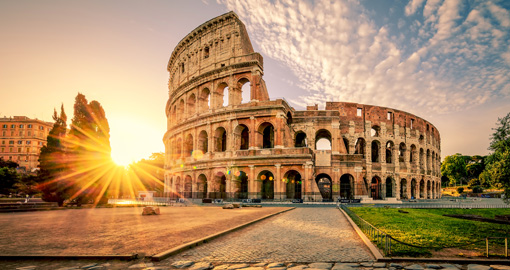 A stone’s throw from the Colosseum (though please don’t pick up or throw any stones), the Forum was once the political and spiritual heart of Rome, and it shows in the grandeur of the ruins that remain. Wandering the ancient shrines, walking beneath the arches, and exploring what remains of the halls where Roman history was made is one of the most immersive trips through history you can have anywhere. 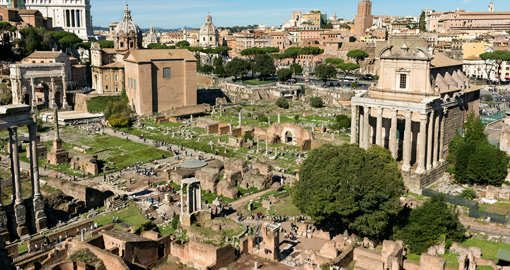 The staggering wealth of the Vatican is no secret, and nor is the beauty – or popularity – of its museums. For Catholics and non-Catholics alike, a visit to the museums of the Vatican is an eye-popping experience. Admire the world’s largest church, St Peter’s Basilica, then bask in the genius of Raphael, Michelangelo, and many more, culminating in a visit to the Sistine Chapel. High-season queues here are even more ridiculous than those at the Colosseum, so check into options for skipping them, including organized tours, some of which will admit you before the museums officially open. 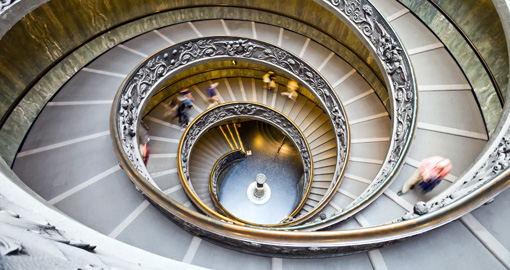 Even against a handful of picturesque imitators, Rome’s Pantheon continues to astound. Completed by Hadrian in the 2nd century AD, this was the first temple devoted to all the Roman Gods until it was repurposed as a church in the 7th century. What’s perhaps most remarkable about the Pantheon is how well preserved it is, particularly when you consider the size of its dome, the largest unsupported dome in the world. Take a tour and form your own theories about Rome’s ultimate architectural survivor. 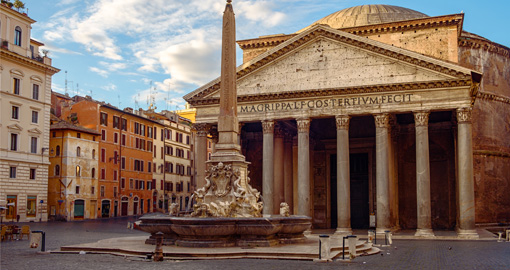 Besides the Vatican, there’s one art museum in Rome you must visit. Housed in the former villa of Cardinal Scipione Borghese, the museum showcases his family’s extensive collection of paintings, sculptures, and antiques. You’ll see works by Bernini, Raphael, Caravaggio, and Peter Paul Rubens. Barocci, and Titian, including the famed Sacred and Profane Love. While the museum is dazzling, don’t spend all your time inside. The gardens and temples surrounding the Galleria, known as Villa Borghese, are just as worthwhile. 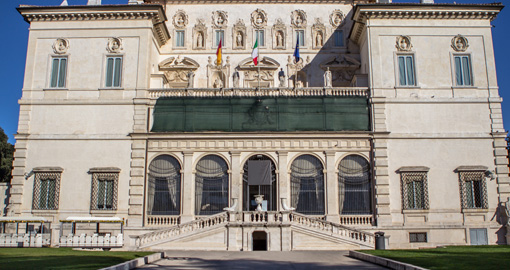 You’ll probably have to jostle for a good position, but a view of the incredible Trevi Fountain is worth it. You can easily spend an hour admiring the details of the city’s largest Baroque fountain, designed by Nicolas Salvi and located in Rome’s downtown. If you wish to toss in a coin to ensure you’ll return to Rome in the future, toss it over your left shoulder with your right hand, and know that it goes toward funding an inner-city supermarket that helps feed the poor. 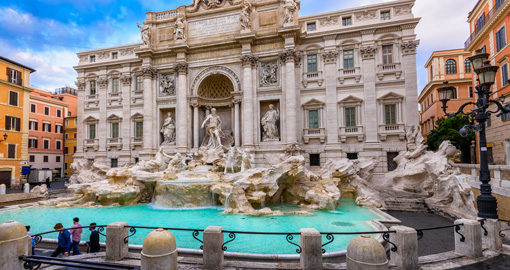 No Roman holiday, on-screen or otherwise, is complete without a walk on the Spanish Steps. This may be Rome’s most famous meeting place. Built-in the 18th century, they’re practically new compared with many of the city’s main attractions but remain a quintessential Roman image not to be missed. 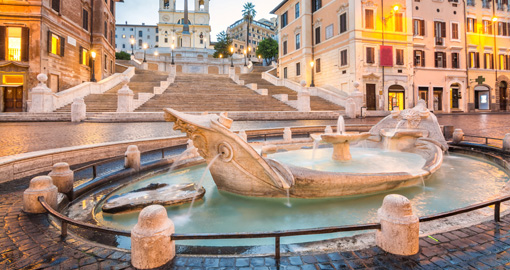 Many of the world’s great cities have that one, particularly charming neighbourhood. Rome’s is Trastevere, just to the south of Vatican City. In ancient Rome, this was the ritzy part of town where the extremely wealthy – not the least of which was Julius Caesar – took refuge in their villas. Since then, it’s welcomed newcomers from every culture, artists, and bohemians, all coming together amid the beautiful architecture to create an enchanting district to explore. 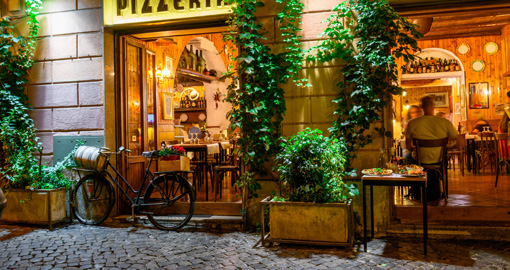 You’d expect The Eternal City to harbour some secrets beneath its streets. Rome’s underground does not disappoint, boasting more treasures than we can list here. Christians and Jews used the Catacombs on the outskirts of Rome to bury their dead as early as the 2nd century AD. Meanwhile, just east of the Colosseum, the Basilica of San Clemente hides a wealth of former structures, including an intact temple dedicated to Mithras, for those who know their ancient Roman cult religions. 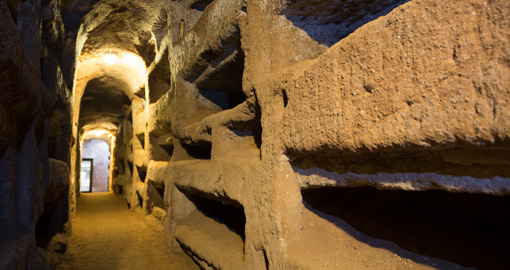 Food is an essential part of the Italy vacation experience, and just as central to local life. Sure, Rome is the capital city and you can find food from all over the world here. But there are some uniquely Roman specialties to try, including the humble spaghetti carbonara – miles better than any version you’ll try at home. Another local delicacy is Roman-style artichokes, either deep fried in olive oil or braised in white wine, water, and oil. For coffee lovers, there’s also no excuse for running out of energy while sightseeing. Get off the pricey main tourist streets and sip espresso at one of the countless standing espresso bars around the city. 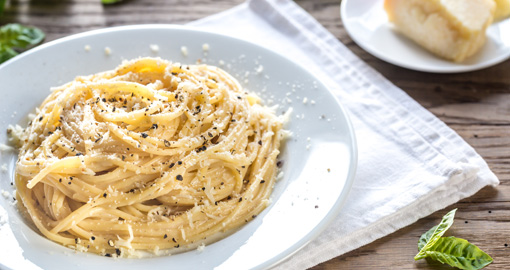 Italy uses the Euro, and Rome is one of its more expensive cities. Still, things tend to be quite reasonable next to other major European stops like London, Paris, or Amsterdam, and entry fees to most popular museums and historic sights are pretty moderate. You can pay extra to skip the lengthy queues, but booking an organized tour will often buy you that privilege anyway. Independent travelers might want to pick up Rome’s Omnia Card for this benefit instead. Food and drink are a serious thing in Italy, and so can be on the expensive side. In Rome, an inexpensive meal is typically around 13-18 EUR, while a 3-course dinner for two will be closer to 60 EUR. Choose restaurants (and espresso bars) away from the main tourist attractions, ideally without English menus for generally higher quality at a lower price.

Italy’s formality can take some getting used to, and Romans – like residents of many capital cities – are often seen as brusque by other Italians. The key to ingratiating yourself in Italy, including in Rome, is to blend. That means dressing well for meals, avoiding shorts on all but the hottest days in August, and never entering a church with your arms or legs uncovered. There are more rules around food than you might expect. Don’t cut your pasta unless it’s too big to consume in one bite. Don’t order a cappuccino after a meal, nor a spritz with a meal. Beer and wine, meanwhile, are nearly always consumed only with a meal. If it all seems a bit overwhelming, remember the adage “When in Rome…” and take your cues from the locals around you.

English is commonly spoken in hotels, attractions, among young Italians, and tourist-frequented restaurants and bars, but don’t abuse the fact. Italians love hearing tourists make a decent attempt at Italian. Learn a friendly buongiorno or buonasera for good morning/evening at a bare minimum, along with per favore (please), grazie (thank you), or prego (you’re welcome). Much like the local customs and etiquette, make an effort to fit in, and you’ll open up a much friendlier and more engaging side of Rome.