Lithuania: Things to Do

Every country has its outstanding and special attractions. Goway has selected its top 12 things to do in Lithuania (not in any particular order) for you to enjoy on your visit to this destination. 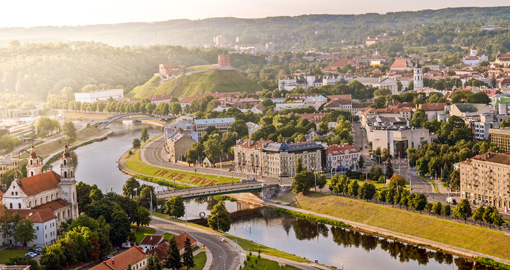 The Gate of Dawn, Vilnius 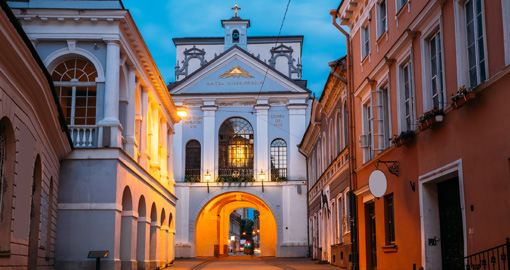 This is the city gate in Vilnius and one of its most important religious, historical and cultural monuments in the country. It was built between 1503 and 1522 as a part of defensive fortifications for the city. Of the ten original city gates, only the Gates of Dawn remain. It is one of the most visited shrines in Vilnius. It is adjoined by a chapel which contains a painting of the Virgin Mary, painted in the 17th Century. It has been said to have miracle-working powers. As visitors on a Lithuania vacation walk up the main street of the medieval centre, they suddenly become confronted with this remarkable sight.

Palace of the Grand Dukes of Lithuania, Vilnius 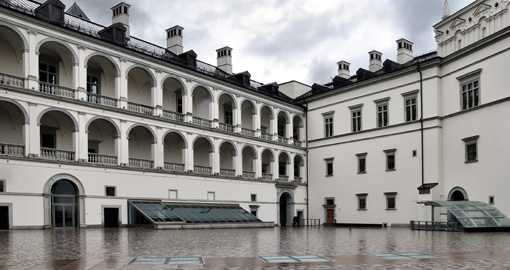 The reconstructed Palace of the Grand Dukes of Lithuania was one of the most famous in Europe from the 15th to the-17th Centuries, built for the rulers of the Grand Duchy of Lithuania and the future Kings of Poland. For 4 Centuries the palace was the political, administrative and cultural centre of the Polish–Lithuanian Commonwealth. It was demolished in 1801 but was reconstructed in 2002. The Palace is located in the heart of Vilnius within the confines of the Lower Castle which is now a museum showcasing the historical and architectural development of the palace by highlighting the ancient ruins still in place including excavated artifacts plus you can visit the ceremonial halls. It is also used for public events, official visits, conferences, meetings, seminars, concerts, performances and, receptions. 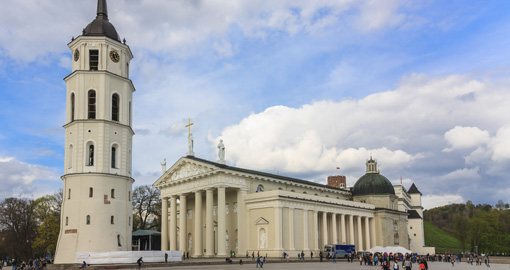 Possibly the most prominent edifice in Vilnius is the imposing and eye-catching Cathedral. It is located on a square surrounded by roads and because of this, plus its size and its colour, stark white, your eyes gravitate towards it instantly. It was built in 1387 in the Gothic style but was rebuilt in the Classical style between 1783 and 1801. Dedicated to the Saints Stanislaus and Ladislaus, the church is the heart of Catholic spiritual life in Lithuania. The coronations of the Grand Dukes of Lithuania took place here. Inside its crypts and catacombs are buried many famous people from Lithuanian and Polish history. In the interior are more than 40 works of art dating from the 16th to the 19th Centuries including frescoes and paintings of various sizes. 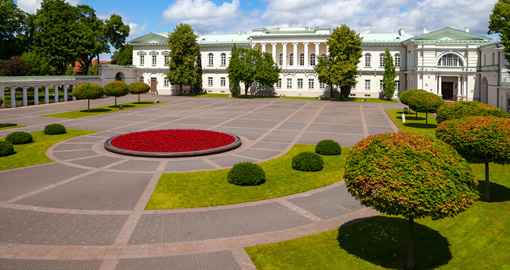 The elegant Presidential Palace located in the Old Town is the official office and residence of the President of Lithuania. The palace dates back to the 14th Century and has undergone several reconstructions. In 1997, the building was renovated. It has served as a residence for Vilnius bishops and was occupied and annexed by the Russian Empire at one time. It has been the home of Czar Alexander I, the French King Louis XVIII and Emperor Napoleon Bonaparte. On a Lithuania vacation, every day at 6 pm, you can watch the changing of the guards here. Every Sunday at 12 pm, a solemn flag-hoisting ceremony is held. Participating in the ceremony are soldiers of the Honour Guard Company of the Lithuanian Armed Forces dressed not only in ceremonial uniforms but also in medieval armament. Free tours of the Presidential Palace are available on Saturdays. During these tours, visitors can see the interior of the historical building and can even visit the office of the President. 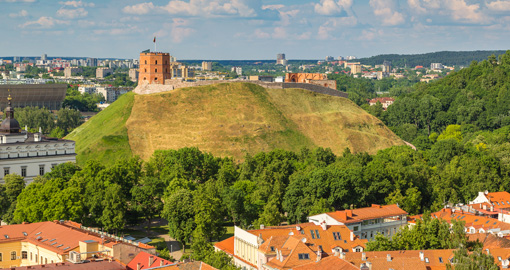 Towering above the city is Gediminas Hill on top of which are the ruins of Gediminas Castle which can be reached by walking up the hill or by funicular. Dating from the 13th Century, the castle was rebuilt after a major fire in 1419. By the early 1600’s it was being used as a prison for disobedient members of the ruling classes. In the 17th Century, the towers and defensive walls were almost completely destroyed with partial restoration work beginning as late as 1930. The views from the hill and from the top of the castle are exceptional.

The Museum of Genocide Victims, Vilnius 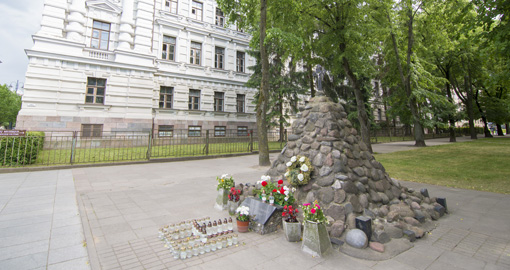 The Museum of Genocide Victims is not for the squeamish as it is a memorial and historical exhibition of what took place during the occupation of Lithuania by the Soviets. Originally the headquarters of the Nazi Gestapo, it was taken over, in 1944, by the Soviet Secret Police (the KGB). It is divided into two parts, the upper displaying documents and photographs of the Lithuanian partisans’ resistance against the Soviet occupiers and the deportations of Lithuanians to Siberia. The lower part contains the prison cells and execution and torture chambers unchanged since their original use - depressing but realistic. 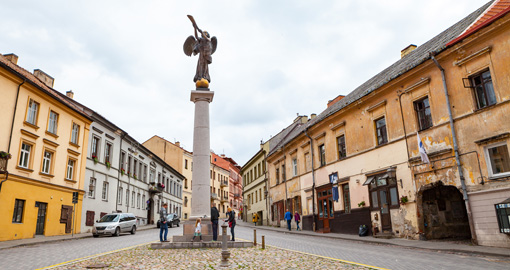 This is a unique district in Vilnius and home to bohemian artists who run the numerous art galleries and workshops here. There are also a number of restaurants, bars, cafes and boutique shops in which to spend your time. On April Fool’s Day in 1997, Uzupis was declared to be the Republic of Uzupis by the residents of the area. It has its own flag, currency and president and today, in a whimsical way, it is still regarded as such. On a wall, you can find the 39 articles of the “Republic’s” constitution in 23 different languages.

A piece of whimsy to be experienced on Lithuania tours is the Frank Zappa sculpture. Although this famous American rock performer and impresario had never been or had any connection to Vilnius, the city decided to honour him anyway with this sculpture. The Frank Zappa fan club erected this monument to their rock hero to mark a new era of post-Soviet Lithuania. They saw it as an opportunity to assert truly democratic independence in the new era. The bust of Frank Zappa was sculpted by 70-year-old Konstantinas Bogdanas, the same artist who made the statues of communist heroes that dotted the city so many years before. The bust was unveiled in 1995. The Vilnius military band performed various Zappa singles at the ceremony which ended with a fireworks display. 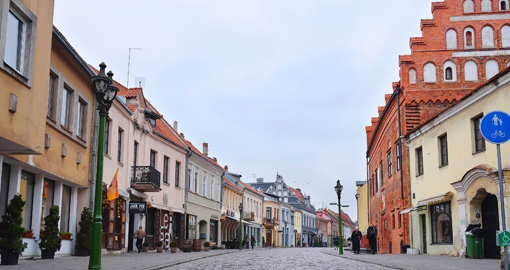 Kaunas is Lithuania’s second largest city. Kaunas Old Town is the oldest part of the city in which there are many Gothic, Renaissance and Baroque buildings, especially in the western part of the Old Town. These include the Kaunas Town Hall, Kaunas Castle and the Historical Presidential Palace and the Kaunas Cathedral and many other churches. City Hall Square, the heart of the city, is the location for any celebrations, the Christmas market and military parades. In the centre of the square stands the City Hall with a tall tower. To the east of the square is the red brick Kaunas Cathedral that is the largest gothic building in Lithuania. 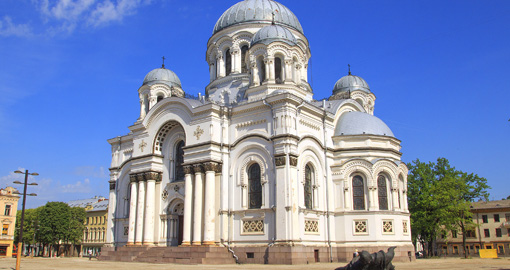 This is a huge 50 metre/163 feet tall Roman Catholic Church was built between 1891 and 1895 when Kaunas was part of the Russian Empire. It was designed to accommodate 2000 worshippers. Its unusual architecture includes 266 large and small columns. Under the church are catacombs which Cn be explored by visitors. During the Soviet occupation, it was used as an art gallery but now serves as a church. 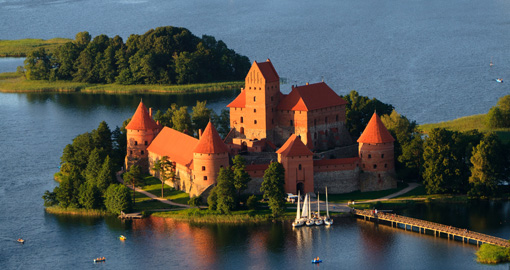 Trakai Castle is located on an island in Lake Galve, the only castle in Eastern Europe, built on the island. The construction of the stone castle was begun in the 14th Century. Trakai was one of the main centres of the Grand Duchy of Lithuania and the castle held great strategic importance. The magnificent Trakai castle complex became a residential place for the dukes of the Grand Duchy of Lithuania. The castle lost its political power when the capital city of the Grand Duchy was moved from Trakai to Vilnius. In the sixteenth century, the castle was converted into a prison for nobles and noble prisoners of war. At present, the castle is home to the Trakai History museum with a collection of objects representing Lithuanian culture and history. The castle often hosts mediaeval tournaments and various concerts. 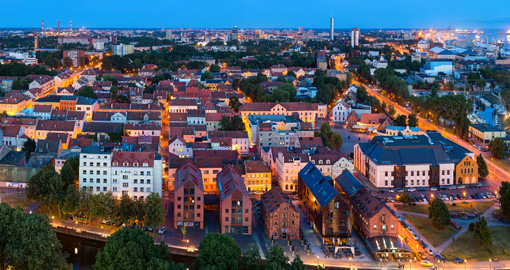 This is Lithuania’s third-largest city. This former Prussian capital has retained a distinct German and Scandinavian flavour in the architecture of the old town with its cobblestone streets. Strangely, its streets are geometrically precisely configured and the angle of intersection is always straight unlike any other old town in Lithuania. Theatre Square hosts a variety of concerts as well as the Sea Festival, the International Jazz Festival and other events. An important item on Theatre Square is the Tarawa Anike sculpture depicting a youthful barefoot girl. The sculpture was erected in the memory of the poet Simonas Dachas. Klaipeda's main attractions are the historic buildings in the city's centre dating from the 13th to 18th Centuries. Some of its older buildings have picturesque half-timbered construction, similar to that found in Germany, France, England, Denmark and southern Sweden. The remnants of the Klaipeda Castle, built in the 13th Century, are surrounded by ramparts and brick bastions.

At Goway we believe that a well-informed traveller is a safer traveller. With this in mind, we have compiled an easy to navigate travel information section dedicated to Luithuania.

Learn about the history and culture of Lirthuania, the must-try food and drink, and what to pack in your suitcase. Read about Lithuania’s nature and wildlife, weather and geography, along with 'Country Quickfacts' compiled by our travel experts. Our globetrotting tips, as well as our visa and health information will help ensure you're properly prepared for a safe and enjoyable trip. The only way you could possibly learn more is by embarking on your journey and discovering Lithuania for yourself. Start exploring… book one of our Lithuania tours today!