Things to Do in Stockholm 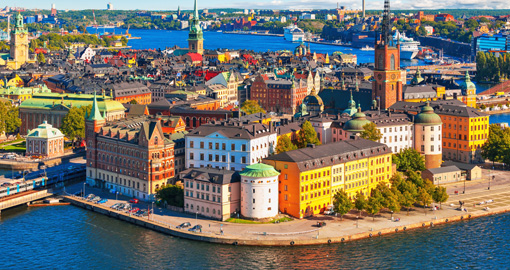 If the capital of Sweden wasn’t quite so ‘out of the way’ it would probably be one of Europe’s most popular tourist cities. As things are, it’s the kind of place that richly rewards those who make the trip, without ever feeling overwhelmed by visitors. The Swedes value functionality and a high quality of life, love culture in all its forms, and nearly all of them speak English, making this one of Europe’s easiest capitals for North Americans to enjoy. What to see and do? Start with these top attractions in Stockholm.

Stockholm’s ‘Old Town’ is undeniably its tourist heart, but you won’t have to contend with anywhere near the crowds you would in some other European capitals. Gamla Stan is packed with history and beautiful architecture, but it’s also a lively, active part of today’s Stockholm where locals work, dine, and play. The much loved ‘green, red, and orange’ trio of houses in Stotorget are probably the most photographed buildings in Sweden. The fact that they house a restaurant, a coffee house, and a (very straight-friendly) gay café respectively, paints the perfect picture of daily life in Gamla Stan. 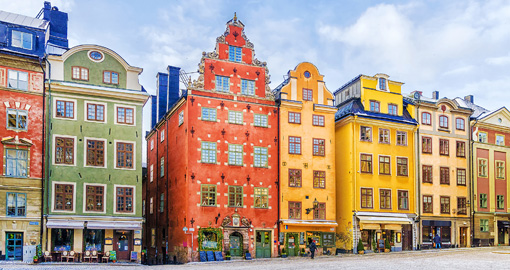 Unfortunately, many visitors to Stockholm either don’t have or don’t allow time to visit the rest of Sweden. Skansen brings the rest of the country to Stockholm in the form of a condensed open-air museum/fun park that showcases Swedish history and traditions. It also contains a zoo housing many of the country’s native animals, and numerous venues for live performances, ensuring it remains an active playground for locals, not just tourists. For families, this is an essential stop. For others, it’s a fun and informative Sweden 101. 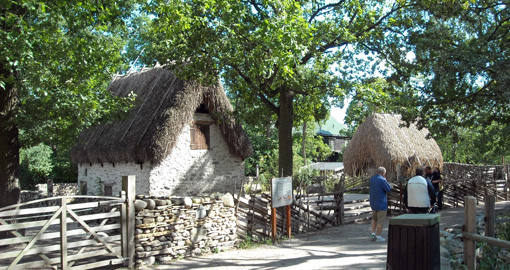 The story of the warship Vasa is not a particularly proud moment in Sweden’s naval history, but the museum that now houses the wreck is the most popular in the country. Salvaged in 1961 after more than 330 years at the bottom of Stockholm’s harbour, the hulk of the Vasa is now painstakingly preserved at a steady, cool temperature, surrounded by tales of its creation, engineering flaws, ill-fated maiden voyage, and salvage. 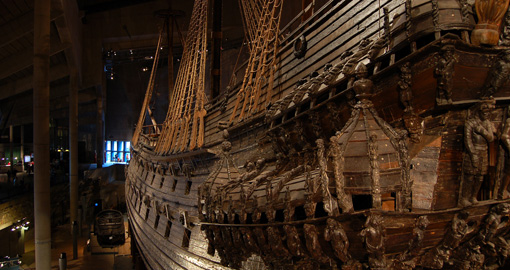 No longer the official royal residence, the Royal Palace on the northern edge of Gamla Stan is a treasure trove of artefacts exploring Sweden’s history. From brutal wars to the eccentric reign of Gustav III, there’s a story here to intrigue travellers of all interests and ages. Admission tickets are required for most of the palace, but the royal armoury and the coach house – arguably the most interesting sections – are free. 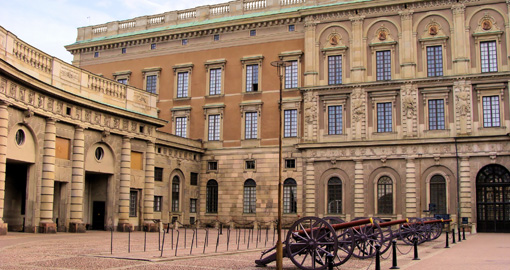 An entire museum devoted to photographic art? Let Fotografiska surprise you. This atmospheric and diverse museum showcases life through the camera lens. Around 20 visiting exhibitions rotate each year around four large exhibitions. Of course, a good photographer knows the importance of setting, and Fotografiska’s top-floor café offers you superb views of Stockholm’s harbour. Did we mention the on-site restaurant is an award winner too? 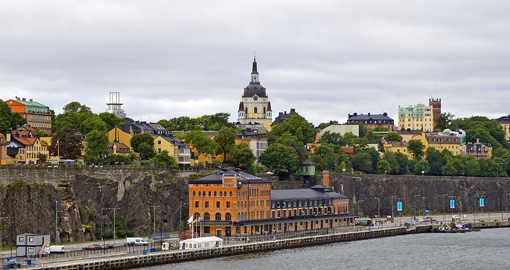 Stop. Sit. Order a coffee and a pastry stuffed with cinnamon or cardamom (or for the ultimate Swedish sugar rush, a slice of princess cake), and recharge with that most Swedish of afternoon pastimes, the fika. It’s not as fancy as the English high tea, but it’s a good deal more relaxed, and in a great walking city like Stockholm, it’s kind of essential. 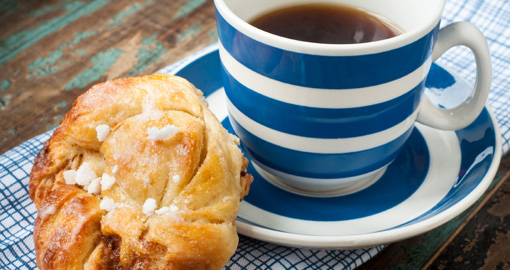 The Vikings take centre stage at the Swedish History Museum. With over 10,000,000 items in its vaults, spanning 10,000 years, you can be sure of an eye-popping variety of displays, artefacts and stories. Besides the Vikings, learn about Sweden’s Medieval history, and of course Norse mythology. This is another great pick for families and budget travellers in pricey Scandinavia since entry to the museum is free. 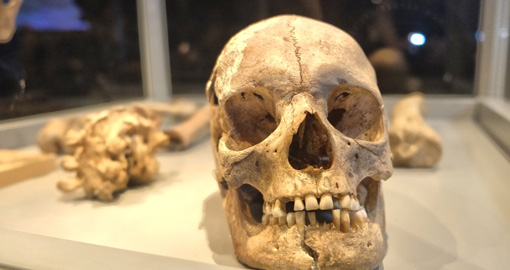 The home of the Swedish royal family is just a pleasant boat ride away from Gamla Stan. This 17th-century castle is a UNESCO World Heritage site and is particularly known for its magnificent gardens and palace theatre. If you’re familiar with French designs, you’ll see some similarities here. There are scheduled closures at certain times of year (remember, it’s an active royal residence), so check Drottingholm’s website to ensure the doors are open for your visit. 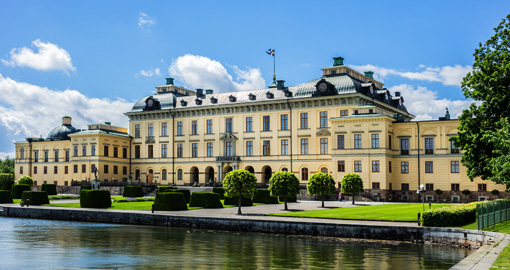 Pop House and ABBA The Museum

For a relatively small country, Sweden’s influence on pop music can be heard everywhere. That’s in no small part thanks to ABBA, whose museum is the centrepiece of Pop House. Start with an exhibition devoted to the Eurovision Song Contest (where ABBA got their start), then work your way through the fab foursome’s story, told in their own words. You can strut your stuff on stage with holograms of the group, hear how your voice blends with Benny and Bjorn’s arrangements, or just spend some time admiring the unique costumes that became synonymous with ABBA. 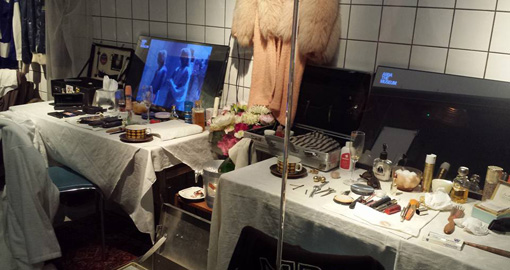 Stockholm’s most beautiful feature isn’t actually in Stockholm but can be found on a ferry ride to the east. Around 24,000 islands make up the Stockholm Archipelago, and while you’ll only see a fraction of them, a day trip to Vaxholm is a great way to start. This delightful township effectively marks where Stockholm ends and the Archipelago starts. Even a few hours here will give you an appreciation of Stockholm’s greatest natural asset, but if you book a cruise beyond, that’s even better. 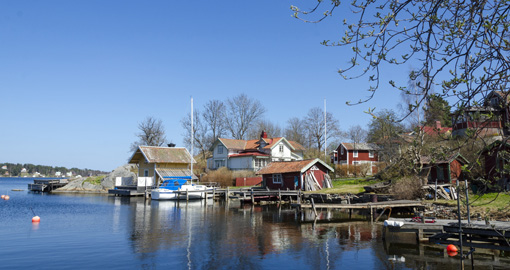 Sweden uses the Krona, and there’s no sugar coating it, the country is expensive! Still, there are ways to save, particularly in Stockholm, which is generally the most affordable of Scandinavia’s capitals. This is the country that gave the world the smorgasbord, and these are still popular ways to enjoy a sizeable meal at a reasonable price. Otherwise, good quality, cheap meals can be had for a reasonable 120kr, or you can spend around 700kr or more for a 3-course, mid-range dinner for two. Alcohol is tightly regulated in Sweden, and 60kr is about the standard for a local brew at a bar. Public transport is very expensive for single rides, so consider buying a 24 or 72-hour Travelcard, which allows you to zip around the city to your heart’s content. Just be sure to slow down long enough to appreciate the public art in many of the metro stations, or use your card to hop between them for an underground art adventure.

Swedes value privacy and discretion in public spaces. Keep your voice down indoors and on public transit, be mindful of others’ personal space, and never cut in line. This is also why service can seem ‘unfriendly’ in stores. Simply ask for help, and you will find people to be very welcoming and accommodating. Swedes are also generally very progressive, and really don’t appreciate displays of racism, misogyny, homophobia, or other bigotry – joking or otherwise. This open-mindedness does not extend to drug use or public drunkenness, which are frowned upon in Sweden. Punctuality is taken quite seriously as well. The locals may not always live up to this image, but you will always make a good impression by being on time or a little early.

English is a close relative of Swedish, so most Swedes pick it up at an early age and are fluent by adulthood. Trying a couple of Swedish phrases may endear you to locals, but most are perfectly used to addressing foreigners in English. Many local signs, however, are only in Swedish.