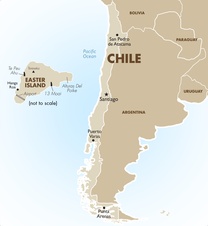 This 3-day Stay of Distinction takes you to the elegant Singular Hotel in Santiago, Chile’s capital city.

If you’re looking for luxury and comfort on a Chile vacation, look no further than a stay at Singular Hotel in Santiago. This elite hotel offers incomparable accommodations in the heart of the city’s history and culture and is located a mere 50 metres from Forestal Park and less than half a kilometre from the Mulato de Gil Square and Giam cultural centre. As a family-owned accommodation, Singular Hotel prides itself in its guest experience and offers renowned cuisine, relaxing wellness facilities such as a spa and outdoor pool, and bedrooms with incredible views of city.

While staying at Singular Hotel Santiago, you’ll have every opportunity to explore the Chilean capital. Santiago is defined by its proximity to the Chilean Andes and so you’ll be treated with incredible views most anywhere in the city. Take advantage of the offered city tour to get your bearings, beginning in the historical centre, Palacio de la Moneda, before passing through the Plaza de Armas to see its famous cathedral and the incredible Forestal Park. You’ll get a sense of the city’s hottest spots for nightlife and food by passing through bohemian Bellavista before summiting Santa Lucia Hill to enjoy stunning panoramas of the city and the surrounding landscape.

This Chile vacation offers luxury and elegance on a South American adventure. It’s an ideal stopover or city break on a longer South America vacation, so consider combining it with one of our other tours.

Santiago de Chile was founded in 1541 by the Spanish Conquistador Pedro de Valdivia who was sent by the conqueror of the Incas, Pizzaro, to establish a new capital in the fast growing Spanish Empire in the New World. Much of the core layout as designed by the master builder Pedro de Gamboa remains to this day. During the Half day city tour you will visit key locations where the rich history of the city played out.

The tour starts with a visit to "Forestal Park", which runs along Mapocho River - water that penetrates the land. The river itself flows from the Andes and cuts the city of Santiago in two. It is then onto Santa Lucia Hill, the actual spot on where the city was founded. A geographical high point of the area the hill is now adorned with wonderful facades, fountains and stairways, including "Neptuno Terrace" at the summit. Neptuno Terrace is reminiscent of the Trevi fountain and its surrounds are now a public park located alongside the National Library. You then travel to the heart of the city and Plaza de Armas the spot from where the city has grown throughout the centuries. Each Latin city has a plaza de Armas as when cities were founded the center was also were the armory and military base was established - hence the name Plaza de Armas (Plaza of Arms). Visit some of the more important buildings such as the Cathedral, the City Council, the Central Post Office and the National Historical Museum. Continue to the Presidential Palace "La Moneda"; the current seat of the government. You will wander the streets that were once elegant at the beginning of the 19th century and now are a commercial center. Pass by Dieciocho Street that has been deemed as "typical" example of architecture from the period as well as the Cousino Palace built around 1870 and the Basilica de los Sacramentinos, a blatant imitation of the Sacred Heart Church of Montmartre in Paris. Finally reach Bernardo O'Higgins Avenue better known as "Alameda", which is the main street of the city where the tour concludes with a visit only to the San Francisco Church, located in the heart of Santiago, built between 1586 and 1628 by the Franciscan order and is the oldest colonial era building in the country.