FIRST-CLASS | ESCORTED COACH TOUR: On this encompassing survey of northern Europe and Russia, you'll discover Moscow and its imposing Kremlin, admire art nouveau architecture in Lithuania’s Vilnius and see a city risen from the ashes of war in Warsaw, Poland. This and so much more is yours to discover, all with the help of licensed local guides, on this sweeping, first-class coach tour. 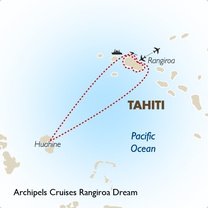 This 14-day tour takes you to Russia’s two largest cities and the capitals of the three Baltic nations and Poland.

Moscow is Russia’s political and cultural capital. A mixture of old-world opulence and communist legacy, Moscow is dynamic. The State Historical Museum and the bulbous domes of St. Basil’s Cathedral demonstrate the city’s classical heritage, while Lenin’s Mausoleum, where Communist leader Vladimir Lenin’s embalmed body remains on display, and Fallen Monument Park represent its more recent Soviet past. Whether you’re visiting to appreciate its historical centres or feel the energy of a world metropolis, you won’t be disappointed. Watch the worlds’ most famous ballet company perform Tchaikovsky’s Swan Lake at the Bolshoi Theatre. Visit Red Square and the Kremlin to see the nation’s political centre. Or enjoy the world-class food and arts culture that has long made Moscow one of the world’s leading cities.

While Moscow became Russia’s capital in 1917 during the Communist Revolution, St. Petersburg remains its artistic and imperial capital. Built by Peter the Great in the early eighteenth century, this Baltic port is full of palaces and cathedrals that show off two centuries of Russian decadence. Visit the State Hermitage to see the artistic wealth of the old empire. Gasp at the towering golden spire of the cathedral inside Peter and Paul Fortress. At the Russian Museum you’ll see the world’s best collection of Russian paintings. Fans of music can enjoy some of the world’s best opera and ballet at the Mariinsky Theatre and the Shostakovich Philharmonic. St. Petersburg is the old world of the Baltic at its best.

Tallinn is Estonia’s northern capital. A mixture of medieval and modern, communist and classical, the city is in flux between past and present. It’s enjoyed a few years as the Baltic’s party capital, but is making a classical comeback showing off its charming heritage. The walled Old Town is ground zero to see what makes the town so special. In particular, visit Kiek in de Kok, a restored fifteenth century cannon tower, and the Orthodox Cathedral of Alexander Nevsky.

South of Estonia is Riga, the Latvian capital and the largest capital of the Baltic. Riga is known for its medieval architecture and lively market life. Its Old Town combines gothic spires with art nouveau facades. In Livu Square, you’ll find the city’s best bars and nightclubs. If you’re more interested in history than night life, walk the cobblestoned streets and admire gorgeous sites like the red brick Brother of Blackheads building and the imposing Riga Castle.

Inland from the Baltic Sea is Vilnius, Lithuania’s capital. Founded in the fourteenth century, Vilnius is home to Europe’s largest baroque old town. As such, the city is an architectural marvel, with medieval and early-modern styles sitting side-by-side. For medieval sites, visit the gothic Church of St. Anne. For more modern styles, don’t miss the neoclassical architecture of Vilnius Cathedral.

Your journey ends in Warsaw, a phoenix risen from the ashes of war. Poland’s capital was almost entirely destroyed during World War Two, but the city and the people have persisted. Now it’s a vibrant European capital with a fascinating mixtures of gothic churches, Communist apartment blocks and glass skyscrapers. In the pastel-coloured Market Square, see reconstructions of the city’s pre-war past. The Royal Castle and Castle Square sit at the old town’s entrance. Visit the Barbican to see one of the few remaining fortifications that defended the city over several centuries. Pay respects to the great Romantic composer, Frederic Chopin, who was born in Warsaw and whose heart is buried at the Church of the Holy Cross.

This extensive tour of Russia and the Baltic is an ideal way to see national capitals and the vibrant architecture of northeastern Europe.

Upon arrival, you will be met and transferred to your hotel. The rest of the day is at leisure. Tonight, gather with your traveling companions for a Welcome Dinner.

Moscow, one of the largest cities in the world, is the symbolic heart and soul of the country. Your sightseeing tour begins at Red Square, dominated by colorful St. Basil's Cathedral and by the massive red walls of the Kremlin. Visit the Armory Museum, with its impressive collection of Tsarist, Russian, and foreign jewelry, armor, and other artifacts. Then walk by Moscow University. Continue with a drive along the wide boulevards and a stroll through GUM, Russia's largest department store. Continue, on the north bank of the River Moskva, passing by baroque Novodevichy convent; ending the tour at the popular Arbat shopping district. The rest of the day is at leisure.

Today you travel 75 km North of Moscow, to a small town of Sergiev Posad, former Zagorsk - founded in the 14th century and renowned as a center of ancient Russian art and architecture. For centuries it served as a place of pilgrimage and the religious capital of Russia. Within the old walled city admire the fairy-tale golden and blue domes of the Holy Trinity St. Sergius Lavra, one of the most beautiful of all monasteries. After lunch, return to Moscow, the rest of the day at leisure. This evening take an Optional tour Moscow by night and Subway, to see the metro stations which Stalin called "Palaces for the People."

Time at leisure in Moscow, before transfering to the railway station for your four hours high speed Sapsan train ride to St. Petersburg. Upon arrival at the St. Petersburg train station, transfer to your hotel. Dinner at hotel.

There are not many cities in the world that can match the grace of St. Petersburg. When Peter the Great founded the city in 1703, he hired Europe's best architects, craftsmen, and artists to build and decorate it. Spread over 100 islands and linked by over 600 bridges, it is often referred to as the "Venice of the North." Today the main sites to be visited on the tour are Palace Square with the Winter Palace, Senate Square with the monument to Russian Emperor Peter the Great, the founder of the city, St. Isaac's Square with St. Isaac's Cathedral, Smolny Cathedral, Cruiser Aurora, Field of Mars, and Nevsky Prospect. Visit the Peter and Paul Fortress, built in 1703 to protect the city from enemy attacks. Visit Peter and Paul Cathedral, which towers in the center of the fortress served as the burial place for Russian Emperors from Peter I. Your evening is free or join an optional Russian Folklore evening or Evening Canal Cruise.

This morning you'll make a highlight visit to the world-famous Hermitage, housing more than four million works of art. It ranks among one of the largest and oldest museums of the world, founded in 1764 by Catherine the Great. Admire the world-famous masterpieces by Leonardo da Vinci, Rafael, Titian, Rembrandt, El Greco, Velasquez, Rubens, Van Dyck, Goya, and French Impressionists. The Hermitage occupies five buildings, the largest is the Winter Palace, the former residence of Russian Emperors. Spend the rest of the day at leisure exploring the city on your own or perhaps you may choose to take an optional tour to visit Catherine Palace and Park in Pushkin or to Petrodvorets, Peterhof Summer Palace of Peter the Great. Tonight, enjoy dinner.

Today's journey will take you to Estonia, where your first stop is Narva, set just across the border with Russia. Continue to Tallinn, Estonia's capital, situated on the southern coast of the Gulf of Finland.

On a walking tour of Tallinn's Upper and Lower Old Town, visit the Alexander Nevsky Cathedral. Next, visit Toompea Castle and see the 14th-century gothic Town Hall. This afternoon, travel to Riga, the capital of Latvia.

Depart this morning for Vilnius, the capital of Lithuania. The rest of the day is at leisure to begin exploring the city with its interesting architecture.

The city of Vilnius is located on the confluence of the Neris and Velnele Rivers. In Old Vilnius, visit St. Peter and St. Paul's Church and St. Anne's Church. View Vilnius University, dating back to 1570, Gediminas' Tower in the Upper Town, and Vilnius Castle. The afternoon is free or you may want to join an optional excursion to Trakai, beautifully set on three lakes.

Drive through the landscapes of Lithuania on your way to cross the border into Poland. Then take in the Polish countryside, cities, and towns as you head to Warsaw, arriving at the day's end.

Warsaw, the 700-year-old capital of Poland. A sightseeing tour here includes a drive along the famous Royal Route from magnificent Castle Square to Lazienki Park and Palace, the summer residence of the last king of Poland. Pass by the Palace of Science and Culture (known as a "wedding cake"), the Saxon Gardens, the Tomb of the Unknown Soldier, Monument to the Heroes of the Warsaw Ghetto, and the Barbican. Then on a walking tour, see the Old Town, Old Market Square, and St. John's Cathedral. The rest of the day is free for a stroll through the city, shopping, relaxing, or perhaps attend an optional late afternoon Chopin concert.

After breakfast, you will be transferred to the airport for your departure flight.