DELUXE | PRIVATE-GUIDED: Discover the grandeur and hidden treasures of London on this exceptional 6-day escape as private guides reveal all the city has to offer. During time on your own, experience the London Eye, settle in for a dazzling West End performance and relax in deluxe accommodations. 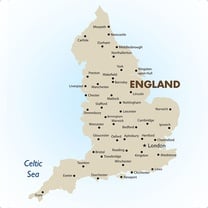 This 6-day England vacation explores the many attractions of London. It features deluxe accommodations, private transfers and tours, and is a comprehensive first visit to the city.

Your journey takes you to London, the capital of the United Kingdom and one of the world’s foremost cultural centres. For hundreds of years, globetrotters have headed to London to explore its many historical and cultural institutions and to delight in the world-famous pub scene. You’ll have your chance to see what all the fuss is about while based out of your 5-star hotel overlooking the Thames River. Head on the original London sightseeing tour to explore the city’s famous landmarks. Ride the hop-on hop-off sightseeing bus and follow your fancy at the British Museum, Buckingham Palace, and the Tower of London. The next day, you’ll join your driver/guide and head on a more in-depth private tour to see both famous landmarks and hidden treasures of London. In addition to seeing Big Ben, the Houses of Parliament, Westminster Abbey, and St. Pauls’ Cathedral, you’ll explore hidden tunnels, 300-year-old shops, secret alleys, and historical oddities like Henry VIII’s cow shed and the oldest church in London.

Another day, you’ll head on a private tour to explore Windsor Castle, the home to the British Royal Family and the world’s oldest continuously inhabited castle. On your tour, you’ll visit the State Apartments and St. George’s Chapel, where British monarchs like Henry VIII are buried. You’ll then head to Oxford to see the sights in the world’s most famous university town. On your walking tour, you’ll visit Christ Church College, Bodleian Library, and Sheldonian Theatre.

Back in London, get fast track tickets and skip the line up the Coca-Cola London Eye to enjoy beautiful views over the city. You’ll have half-an-hour to savour the sights from this giant Ferris Wheel. In the evening, take in one of the West End’s latest musicals, And Juliet, a bold reimagining of Shakespeare’s famous play. On your final day in London you’ll discover the ins and outs of the city’s pub culture on a historical walking tour. Enjoy an introduction to the city’s gastronomic culture and British beers and snacks in the company of a foodie enthusiast.

At the end of your stay, head to the airport to connect back home.

Check out all the wonderful things London has to offer in a day when you hop on board the Tootbus London Discovery tour! Make your way around, experience the heart of the city, and see London's top landmarks from the open-top deck of the bus including the Tower of London and Tower Bridge, Westminster Abbey, London Eye, Piccadilly Circus, Trafalgar Square, Covent Garden, The Houses of Parliament, Big Ben, Buckingham Palace, St Paul's Cathedral, St. James Palace and many more. Take advantage of the incredible views of the capital from above to pinpoint all the places you want to see up close. Follow your hit list, hop off the bus at the nearest stop and explore more in-depth. Choose to see the Crown Jewels at the Tower of London, the Changing of the Guard at Buckingham Palace or climb the dome of St Paul's Cathedral. Food lovers may find a piece of paradise at Borough Market, one of the best food markets in London. As the day falls, opt for a ride on the London Eye or enjoy a fun night out in Soho. If you are traveling with children, try our child-friendly channel, it will keep them entertained! Upon first validation, your ticket is valid for 24 hours. You can hop on and hop off, an unlimited number of times within the validity period. Download the Tootbus app to easily find your way around, follow the buses in real-time, and follow self-guided walking tours to help you explore further. The validity of the pass starts at the point of redemption and you can use it an unlimited number of times until the pass is no longer valid.

Your Registered Taxi driver/guide will escort you around the major sites of London stopping at each landmark for a photograph and a historical explanation. Stand outside of Big Ben, the Houses of Parliament, Buckingham Palace, Westminster Abbey, Downing Street, Trafalgar Square, Piccadilly Circus, Kensington Palace, plus a lot more, before heading down to the City. Here the history dates back over 2000 years, to Roman times and the City is filled with history. Here you will see the Tower of London, Tower Bridge, St Paul's Cathedral, and the modern financial district.

We also said that you will see Hidden Treasures and unusual places not seen by many tourists! See and hear about many of London's hidden treasures, these are the places that tourists never get to see. We shall wander alleyways and hear the tales of murder and mystery. See the smallest house in London the smallest square in town, wander by the site of Henry VIII's cow shed and tennis court. We have 300 year old shops to enter and once you know their history you may wish to purchase some of their stock. There are Hidden Tunnels, the oldest Church in London, Victorian Book shops, A street on a river, secret alleys. Visit a church that sold corpses and a dead body that still sits around a table at meetings.

Remember, this is your tour so we will tailor make it to your wishes and complete the tour at your pace. This tour takes you to both the landmark sites of London and the unusual. There is a lot more to tell you about but we don't want to spoil the surprises.

See a house with false windows, a Roman Bath, a medieval Banqueting Hall., Winston Churchill's cigar chair. Have a photograph with an original gas lamp visit a Dead house, Roman Landmarks, an Execution Dock, this list is endless.

This morning you will be picked up from your hotel by your private driver and guide, and make your way to Windsor. Built high above the River Thames, Windsor Castle has been home to the Royal Family for 900 years and is still an Official Residence of the Queen. We visit the magnificent State Apartments* (please note these can be closed to the public without notice), still used for State occasions and Royal receptions. Take some time to explore the castle grounds and the fourteenth-century St. George's Chapel, one of the most beautiful examples of medieval church architecture in England and a burial place of kings and queens, including Henry VIII and his third wife Jane Seymour. Next you are on to Oxford, a city of Dreaming Spires and home to the world's most famous university. Its colleges date back to the 13th century, an inspiration to generations of scholars including President Bill Clinton, and the authors J R R Tolkien, Lewis Carroll and C S Lewis. Your guide will take you on a walking tour to see Christ Church college, the Bodleian Library and the Sheldonian Theatre.

At 135 meters (approximately 443 feet), the London Eye is the world's largest cantilevered observation wheel. It was conceived and designed by Marks Barfield Architects and was launched in 2000, and has since won over 85 awards for national and international tourism, outstanding architectural quality and engineering achievement. The observation wheel turns slow enough for people to embark while it is moving, and a complete turn takes about thirty minutes. Thanks to the construction of the glass capsules on the outer side of the rim, you will have a great 360-degree view of London. Many famous landmarks are clearly visible, including Buckingham Palace, St. Paul's Cathedral and the Houses of Parliament. On a clear day, you can see as far as 40 kilometers (approximately 25 miles). Make sure to reserve a specific time in advance as all entries now require a fixed-time reservation. A helpful hint? It's less crowded at night and the views on a clear night are even more spectacular.

Calling all foodies! Whether you have a culinary addiction or just enjoy seeking out new places to eat you will enjoy this privately-guided Greenwich Food Tour. Other historical towns (for example, Cambridge) have shown the way forward and this tour is a wonderful introduction to the many types of foods available in Greenwich. Your culinary-friendly guide will take you to out-of-the way places often missed by tourists (and locals!) as you explore the foodie side of Greenwich - you will be amazed. This is a golden opportunity to taste things you have always wanted to sample, but never had the chance to do so. The tour also includes a visit to the charming Greenwich Market where you are able to sample some of the global food available. Towards end of tour, visit a charming gastro-pub on the River Thames to enjoy a half pint of craft English beer. So come along and explore secret Greenwich. Liberate your "inner foodie" and prepare yourself for a very pleasant culinary and cultural experience. Bon appetit!