DELUXE | TAILOR-MADE: Enjoy a stay at one of Munich’s foremost luxury hotels while getting to know the city’s beer halls and breweries and also its interesting history. In addition, have private touring to the castles of Bavaria, the unique town of Oberammergau and to beautiful mountain retreats. 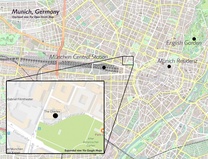 Check in to your luxury hotel where you will spend the next 4 nights. This hotel was opened in 2007 and named in honour of the famed hotelier, Charles Forte. It is centrally located near the old Botanical Gardens.

You next morning starts with an interesting privately guided tour to hear about the dark side of the history and uprising of the Nazi movement. It was in Munich that the birth of the Nazi movement had its beginnings. Visit such sites as the Hofbrauhaus where the first Nazi mass meeting took place, the Konigplatz, site of Nazi mass rallies and stop in the Hofgarten to find out about the White Rose resistance movement plus visit other places of significance.

In the afternoon, have a walking tour of the city’s beer halls and breweries. This will naturally include sampling some of Bavaria’s excellent beers. There will be a stop at the oldest brewery in Munich, the Hofbrauhaus dating back to the 16th century. This tour will definitely be of interest to non-beer drinkers as well.

The following day brings a tour to visit two nearby romantic castles. First stop in the village of Oberammergau, famous for its Passion Play and woodcarvings. Then arrive at the 19th Century Linderhof Castle with its Moorish pavillion. Afterwards head to Oberammergau, famous for its woodcarvings and its Passion Play which takes place every 10 years. Then it’s on to the World’s most famous castle, Neuschwanstein, inspiration for Disney’s Sleeping Beauty’s castle. This fairy tale neo roman castle will amaze you with its structure. You will have time for lunch in the town of Hohenschwangen which is close to the castle allowing you to take time exploring Neuschwanstein.

Your final full day in Bavaria takes you to Berchtesgaden, Hitler’s mountain retreat and the former southern headquarters of the Nazi party. You will drive up to the top of Mount Kehlstein at a height of 1835 metres/6150 feet where you will have outstanding panoramic views of the Alpine mountain range. In the winter, there will be an alternative tour to the very interesting underground salt mines. 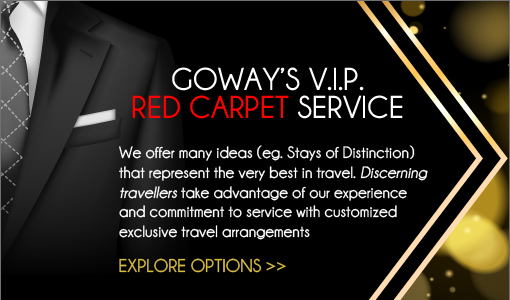 Built on the site of a former university library, The Charles Hotel was created in 2007. It was named in honour of Sir Rocco Forte's and Olga Polizzi's father, renowned hotelier Charles Forte. It enjoys the calm backdrop of the Old Botanical Garden and has the city's most spacious rooms and longest indoor pool. Everything that is great about Munich is within reach. The hotel is close to historic attractions such as Konigsplatz and a short stroll from the designer stores around Maximilianstrasse. The hotel has a fully equipped fitness centre with state-of-the-art cardiovascular, weight and resistance equipment. For a more indulgent way to relax, enjoy the sauna, steam room and Munich's largest indoor pool.

Discover why Munich is the beer capital of the world on a 4-hour walking tour of the city's beer halls and breweries. Try a variety of beers and end at Munich's oldest brewery and Hofbrauhaus beer hall. Learn how the golden nectar is made at Munich's oldest existing brewery, where you will also have the chance to snack on great beer-soaking food at fair prices. Your final stop will be the historic Hofbrauhaus, the world's most famous beer hall. Owned by the Bavarian state government, the Hofbrauhaus was a royal brewery in the Kingdom of Bavaria and dates back to the 16th century. Its lively atmosphere and vast beer garden is the ideal venue to end your evening with a liter of their finest. Obviously of special interest to beer lovers, many non-beer drinkers will testify to this tour being among the highlights of their travels!

Embark on a guided tour of Berchtesgaden, Hitler's mountain retreat and the southern headquarters of the Nazi party on a full day coach trip from Munich. Eagle's Nest is a mountain top lodge built by the Nazis, and is a fascinating sight of historical significance. Located at 6,148 feet (1,834 meters) on top of Mt Kehlstein, the lodge has some of Germany's most amazing views of the Alps mountain range. Ironically, Hitler suffered from vertigo and rarely took pleasure in the views.

Due to the World War II bombings by the Royal Air Force, there is little evidence left of Hitler and the Nazi party's presence, however Eagle's Nest still stands. From mid-May to October, you will have the option to take a bus ride up the mountain to see Eagle's Nest for yourself. The last 390 feet (120 meters) of the trip is in a brass-clad elevator. During the winter months or during inclement weather when access to Eagle's Nest is restricted, you will instead visit the world famous Salt Mines. Wearing traditional mining gear you will descend into the depths of the mine where you can see glowing salt grottoes and a subterranean salt lake.

Departing Munich, visit the smallest of three royal castles, Linderhof, which was built by King Ludwig II during the 19th century as a hunting lodge. Built in French Rococo style, the castle has a Moorish pavilion which can be visited during your one hour stay. You have the option to join a guided tour of the interior of Linderhof. After departing Linderhof, you will have a short shopping stop in Oberammergau, world-famous for its woodcarvers, richly painted houses (Luftl-paintings) and passion play.

On the approach to Neuschwanstein, it will quickly become clear as to why this magnificent neo-Romanesque style castle is the most well-known castle in the world. It appears through the mist like something out of a fairy-tale, and you will not be surprised to hear that the man who conceived its design - King Ludwig II, was considered quite eccentric. If it all seems very familiar, it may be because the castle was the inspiration for Disney's Sleeping Beauty Castle.

You will stop in Hohenschwangau, a small town at the feet of the castle, where you'll have 4 hours at disposal for lunch and to explore the grounds of Neuschwanstein. You'll also have the option of joining a guided tour of the interior of the castles if you wish.

Hop On and Off - Grand Circle Munich

With the Grand Circle tour you will discover Munich in a blue open air double-decker bus. Its past epochs with its great monuments as well as the modern cosmopolitan city. Besides the City Centre the tour shows you Nymphenburg Palace, Olympic Park, the BMW World and Schwabing/Siegestor. Various Hop-On Hop-Off stops make the tour the ultimate Munich experience. A complete Grand Circle tour lasts 2.5 hour. Of course, getting on and off adds to the total duration of the tour. Highlights include: Alte Pinakothek, Neue Pinakothek, Artgaleries, Odeonsplatz, Nationaltheater, Marienplatz, Town hall, Cathedral, Viktualienmarkt, Hofbrauhaus, Karlsplatz (Stachus), Palace of Nymphenburg, Olympic Park with Olympic Tower, BMW Welt and Museum, Siegestor and English Garden.

Not exactly what you are looking for? Let us know! We can customize this itinerary. Please enquire.