Tanzania is the largest country in East Africa and is known for its vast wilderness areas. The northeast is mountainous and densely forested and the central region consists of a large plateau of plains and arable land. The country’s coastline extends 800 kilometres/500 miles along the Indian Ocean. A major city in Tanzania with easy access to the most popular safari parks in Arusha in the northeast. Tanzania’s highest point is Mount Kilimanjaro at 5900 metres/19,350 feet in height. Its official languages are Swahili and English. It is interesting to know that 40% of the country is considered a protected area for conservation with 16 existing national parks.

Why should you travel to Tanzania?

The vast majority of visitors who travel to Tanzania of course come to experience the amazing wildlife that can be seen while on a Tanzania safari. Thousands of wild animals and tropical birds make Tanzania their home. With its wide plains, dense forests, majestic mountains and shimmering lakes, the visitor can be spoiled for choice in both animal and bird life viewing. Most safaris are undertaken in vehicles with around 8 passengers and an experienced game tracker/guide who is also the driver. There are several types of accommodation to choose from on a Tanzania safari  – lodges, tented camps and resorts. Tanzania has a large number of wildlife parks but the most popular and best-known are the following. 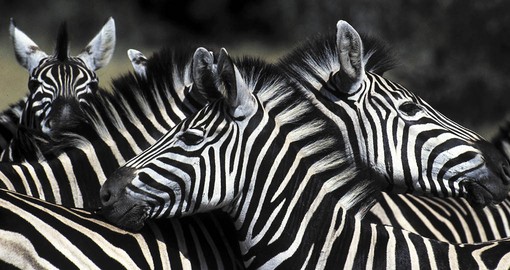 Top places to view wildlife on a Tanzania Safari Tour

Serengeti National Park is possibly the most renowned Tanzania safari park, stretching north to Kenya and bordering Lake Victoria to the west. The name Serengeti comes from the Maasai language meaning 'endless plains. It is also well known for its animal migration which takes place twice a year. Nearly one million wildebeest and 200,000 zebras move from the northern hills to the south every October and November during the short rains. They then move toward the west and north from April to June. Nowhere on earth is there a sight to rival the spectacle of hoofed animals on the march. Serengeti has the highest concentration of large mammals on this planet and is famous for its lions, the highest concentration found anywhere. Apart from the big five (elephant, lion, leopard, buffalo, and rhino), one can view the majority of other well-known species of animals on a Serengeti safari tour.

For birdwatchers, early and late daylight hours are usually the best times to observe the more than 518 species of birds which have been identified in the Serengeti.

The Ngorongoro Conservation Area is a park in northwest Tanzania and is often called ‘Africa’s Eden’ and the ’8th Natural Wonder of the World. It contains an old volcano that has collapsed, creating a crater with steep sides of the crater becoming a natural enclosure for a wide variety of wildlife, all to be viewed on a Tanzania safari. Lions are in the highest density in the world in the crater so there is an excellent chance of seeing them while on your Tanzania safari. There are herds of wildebeest, zebra, and a lot of buffalo and Grants' gazelles. This is also one of the best places in East Africa to see a black rhino. Hyenas are a common predator and cheetahs are frequently seen. Leopards are in the conservation area but rarely seen along with wild dogs. Just outside the crater’s ridge, tall Maasai herd their cattle and goats over the green pastures through the highland slopes living alongside the wildlife as they have for centuries. It is also home to Olduvai Gorge, where the Leakeys discovered the remains of a 1.8 million-year-old skeleton, one of the distinct links of the human evolutionary chain. Fossils found here on a Tanzania vacation show that the area is one of the oldest sites of human habitation in the world. 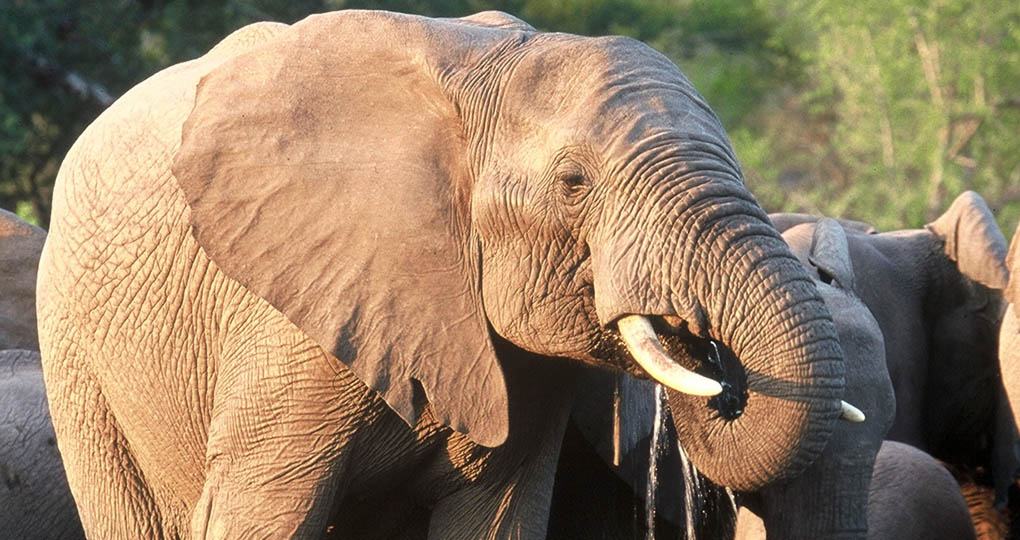 Tarangire National Park has one of the highest population densities of elephants anywhere in Tanzania. Located just a few hours' drive from the town of Arusha, Tarangire is a popular stop for Tanzania safari goers travelling through the northern circuit on their way to Ngorongoro and the Serengeti. Tarangire offers unparalleled game viewing and during the dry season, elephants abound. Migratory wildebeest, zebra, buffalo, impala, gazelle, hartebeest and eland crowd the lagoons. In fact, it has the greatest concentration of wildlife outside of the Serengeti ecosystem.

Lake Manyara is a scenic gem with a setting extolled by Ernest Hemingway as “the loveliest I had seen in Africa” and should be included as part of a Tanzania safari tour. Its famous tree-climbing lions are another reason to pay a visit to this park. In addition to the lions, the park is also home to the largest concentration of baboons anywhere in the world. Lake Manyara provides the perfect introduction to Tanzania’s birdlife. More than 400 species have been recorded. These include thousands of pink-hued flamingos as well as other large water birds such as pelicans, cormorants and storks.

Top places to travel to on a Tanzania trip

Mount Kilimanjaro, on the northern Tanzania border with Kenya, has become a major destination for mountaineers and trekkers from around the world. It is located near the town of Moshi and is a protected area carefully regulated for climbers to enjoy. The mountain’s ecosystems are as strikingly beautiful as they are varied and diverse. There are six routes officially sanctioned for climbing Mount Kilimanjaro and two routes used for descent. The Marangu Route has considered the easiest route and the climb to the summit take 5 or 6 days. The Machame Route is known as the most beautiful route and takes 6 to 7 days. Everyone, from seasoned trekkers to first-time enthusiasts can scale this snowy peak on a Tanzania tour. 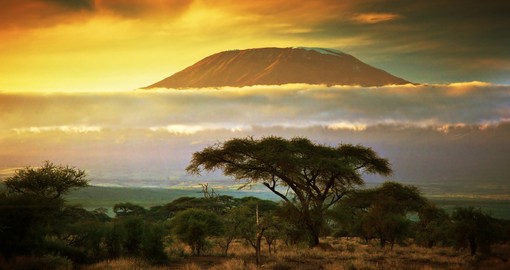 Just off the Indian Ocean is the island of Zanzibar -  a great addition to your Tanzania tour. It was first settled by the Portuguese and then the Omani Arabs. Today, many of the winding streets and high townhouses of the old port city of Stone Town remain unchanged from their influences. Visitors can walk around the sultan’s palace, the House of Wonders, the Portuguese fort and gardens, the merchants’ houses, and the Turkish baths of the old city. Zanzibar’s coastline also offers some of the best beaches in the world. Another resort is Pemba surrounded by clove plantations and spice fields with some of the best diving in the Indian Ocean.

So book your Tanzania safari today and experience the magnificent wildlife, lakes, mountains, scenery and first-class game lodges. You will not be disappointed!

What is the Great Migration and When is the Best Time to Go On an East Africa Vacation?

The Wilderness and Natural Paradise of Tanzania

The Poacher who became a Pastry Chef

Goway’s Best Places To Travel To Africa This Summer

At Goway we believe that a well-informed traveller is a safer traveller. With this in mind, we have compiled an easy-to-navigate travel information section dedicated to Tanzania travel.

Extend Your Trip throughout Africa

After your African Safari, why not consider one of Goway's Europe tours or Egypt tours en route from Tanzania or perhaps a stopover in Dubai on one of our United Arab Emirates tours.