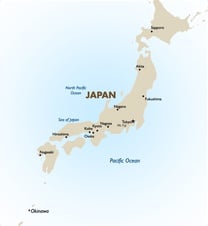 Our Tokyo Tours and Vacations

Tokyo, Japan’s sprawling, busy capital, offers a mix of the ultramodern and the traditional, from neon-lit skyscrapers to cherry trees in season and serene temples. Due to the major earthquake in 1923 and the destruction from the 2nd World War, many of the city’s buildings are modern and contemporary architecturally. It has been the capital of Japan since 1868 moving from Kyoto.

The city is made up of a number of districts, each one with its own character and attractions. To get around the city, it is not impossible to walk from one to another but allow time. The Tokyo subway system is somewhat complex but all route maps and many signs are in both Japanese and English.

Things to do on a Trip to Tokyo

See Tokyo from the sky

To really get a feel for the size of the city on a Japanese vacation, it might be a good idea to start with a visit to any one of the three buildings that have viewing platforms all offering amazing panoramic views. These include the Tokyo Tower, the world’s tallest self-supported steel tower Due to the tower's central location, the observation platform offers an interesting view of the city and one can, when visibility allows, see Mount Fuji in the distance. The Tokyo Metropolitan Government Building in Shinjuku has observation decks which are free of charge and which provide good panoramic views of Tokyo and beyond. It had been the tallest building in Tokyo until it was overtaken by the Midtown Tower in 2007. The Tokyo Skytree is a television broadcasting tower and a landmark of Tokyo. It is the tallest building in Japan and was the second-tallest structure in the world at the time of its completion. Again, with favourable conditions, famous landmarks such as Mount Fuji can be seen from the observation platforms on Japan tours.

This is the home of the Emperor and Empress of Japan. Surprisingly, the palace is situated in the very heart of the city and is an oasis of tranquillity amid the hustle and bustle of Tokyo. This castle-like building is surrounded by moats, tree-filled gardens and impressive stone walls. Unfortunately, you can only visit the inner palace grounds two days a year on Japanese tours. However, the attractive Imperial Palace East Garden and Outer Garden which are a part of the palace area are open to the public. The large plaza in front of the Imperial Palace is where visitors can view the Nijubashi, two bridges that form an entrance to the inner palace grounds.

This park houses a number of the most important museums and art galleries in the city. They include the Tokyo National Museum with its large collection of national cultural treasures of around 100,000 objects from early Japanese times to the present day such as Buddhist statues, calligraphy, tea ceremony art, swords, armour, and pottery. The National Science Museum houses fascinating exhibits including some on space exploration. The National Museum of Western Art houses an extensive collection of Western art and the Tokyo Metropolitan Art Museum has a collection of works spread over many periods. Another small cultural gem is the Shitamachi Museum which provides a look at Japan in the early 20th century with re-created houses and stores and cultural artefacts. Ueno has a zoo containing more than 300 animals.

This is an old traditional district. Asakusa was once Tokyo's largest pleasure district filled with gangsters, geisha, courtesans, writers, artists, actors and beggars. The main attraction today in this colourful neighbourhood is the Sensoji Buddhist Temple also known as the Asakusa Kannon Temple originally built in the 7th Century and Tokyo's oldest and most visited temple. It is an active temple and always busy. From the temple, you can explore the neighbourhood, especially the shopping street called Nakamise. This a street market with many stalls selling everything from snacks to typical Japanese souvenirs. There are also boutique-style shops in this area which sell more upscale merchandise.

This may not be everyone’s cup of tea on Japan tours, but are a popular tourist attraction and a recommended site. The outer fish market consists of several small retail shops and restaurants situated in narrow lanes. Here you will find all kinds of food-related goods, fresh seafood, and other produce for sale.

In the Harajuku district, you will find the renowned and popular Meiji Shrine which was built in 1920 and dedicated to the first modern Emperor and Empress of Japan at that time. Next to it is a spacious park and gladed forest with attractive paths along which to stroll, an oasis in the middle of this vast city. You can, if you wish, take part in typical Shinto (a branch of Buddhism activities) such as making offerings in the main hall, or writing a wish on an ema (a small plaque) which you subsequently hang up in the shrine. You may be fortunate to see a traditional wedding ceremony take place on the grounds of the shrine. The whole wedding party is often dressed in traditional costumes. These ceremonies are a regular occurrence.

Yasukuni Shrine is a Shinto shrine that commemorates Japan's war dead. The shrine was founded in 1869 with the purpose of enshrining those who have died in war for their country and sacrificed their lives to help build the foundation for a peaceful Japan. Around the shrine, grounds stand hundreds of cherry trees.

The Edo-Tokyo Museum is in the Ryogoku district. The museum's permanent exhibition vividly illustrates Tokyo’s past through its exhibits and covers many features of the capital from the Edo Period to relatively recent decades.

For dining and entertainment and dining, there are many districts which offer this. One is Roppongi known as the city's most popular nightlife district among foreigners offering a large number of foreigner-friendly bars, restaurants and nightclubs.

There is certainly much more to discover in this vibrant city time allowing on a Japanese vacation.

At Goway we believe that a well-informed traveller is a safer traveller. With this in mind, we have compiled an easy-to-navigate travel information section dedicated to Japan tours.

Learn about the history and culture of Japan, the must-try food and drink, and what to pack in your suitcase. Read about Japan's nature and wildlife, weather and geography, along with 'Country Quickfacts' compiled by our travel experts. Our globetrotting tips, as well as our visa and health information, will help ensure you're properly prepared for a safe and enjoyable trip. The only way you could possibly learn more is by embarking on your journey and discovering Japan for yourself. Start exploring… book one of our Japan tours today!

Extend Your Trip to Asia