What would be the major reasons for booking a New Zealand vacation? This makes for a long list. One has to say that one reason is nature at her best offering breathtaking landscapes of stunning and diverse natural beauty which include majestic and dramatic fjords, spectacular glaciers, rugged mountains, vast plains and farmland, long coastlines, wonderful sandy beaches and active geothermal regions plus so much more. The country also has history, culture and, not least, Winelands producing excellent wines.

The size of New Zealand is comparable to that of Great Britain or Japan. The coastline in its entirety measures 1500 kilometres/900 miles in length, strangely enough, the same distance that separates New Zealand from Australia across the Tasman Sea. 20% of the country is covered in national parks, forests and reserves. An interesting fact is that 80% of the flora here is native.

As mentioned, the two major islands are very different and have unique features. Starting with the North Island, the largest city is Auckland known as the “City of Sails” due to having around 135,000 registered sailboats bobbing in its harbour. The city sits on a volcanic field and the nearby Rangitoto Island is an unpopulated land mass formed by volcanic activity. Auckland is fortunate to have a beautiful harbour which provides some attractive beaches with some located in the suburbs of Kohimarama, Devonport and Mission Bay to name a few. The harbour is also home to the Auckland Bridge which connects the centre of the city with its northern suburbs and is the gateway to the far north of the island. A landmark is the Sky Tower, the tallest freestanding structure in the Southern Hemisphere which provides excellent panoramic views of Auckland and is just one of the many photo opportunities available while on your New Zealand vacation. 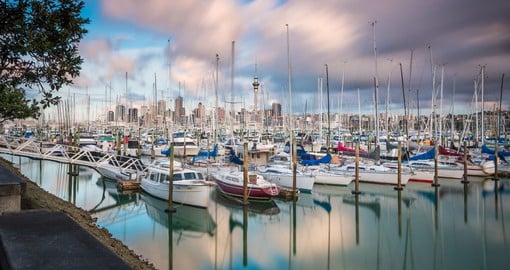 The harbour area teems with life both in the daytime and the evening with its many cafes, restaurants and bars and other entertainments. A popular pastime is to take a harbour cruise for a different visual perspective of Auckland. The city has several green areas and parks. The best known is the Auckland Domain, the oldest and one of the largest here with its remains of a volcanic crater. Other major parks are Mount Eden and One Tree Hill which both afford great views. Culturally, one can choose from a number of venues such as the Auckland Art Gallery with its 15,000 works of art, and the War Memorial Museum which not only depicts life during World Wars and others but also has an excellent exhibition of Maori and Polynesian people’s arts and crafts. A very popular attraction is Kelly Tarlton’s Underwater World where one comes close up to a diverse collection of aquatic life which includes penguins, stingrays, sharks and jellyfish.

Rotorua is the centre of most of the geothermal activity in New Zealand. It is known as a thermal wonderland due to its many gushing hot springs and geysers and because of these natural phenomena, Rotorua is usually included in a New Zealand vacation. There is a distinct smell of sulphur in the air here but don’t let that put you off discovering these natural phenomena. Also in Rotorua are other attractions such as the Rainbow Springs National Park, beautifully landscaped gardens featuring fish and birds including the flightless Kiwi bird and the Agrodome with its exhibition of rural New Zealand life including sheep shearing demonstrations. Nearby are the Waitomo Glow Worm Caves with their interesting limestone formations. 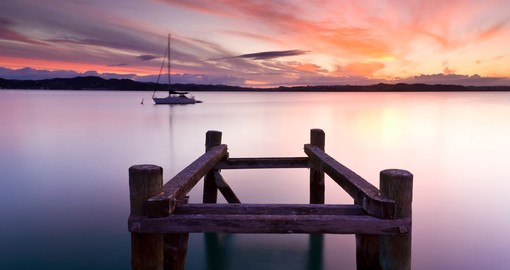 Hawkes Bay is one of the major centres of New Zealand’s wine-producing regions. It is also home to the cities of Napier and Hastings which offer unusual architecture. An earthquake destroyed many of the unique Art Deco buildings here in 1931 but they have now been restored to their original structures.

The South Island boasts many choices to confirm the overwhelming natural beauty that makes up this region. Starting with the largest city, Christchurch, one finds a very “English” metropolis with its buildings, gardens and Avon River which flows through the heart of the city. Stroll along the banks of the tree-lined Avon River and observe the neo-gothic architecture. Largely rebuilt after the devastating recent earthquake, the city has not lost its charm. Take in Christchurch Cathedral, the Botanical Gardens and the Christchurch Art Gallery as well as simply stroll its streets and parks. One can take a cable car up to the Port Hills for a panoramic view of both Christchurch and the port of Lyttelton on the coast.

Probably the most visited destination on a New Zealand vacation is the city of Queenstown in the South Island, a charming and scenic resort town located on Lake Wakatipu surrounded by mountains called the Remarkables. Apart from its natural beauty, it is also a centre for many sporting activities. It also has lively nightlife. One iconic excursion is to take a cruise on a restored steamship on Lake Wakatipu. Also one can take the gondola to Bob’s Peak for great views of the region. 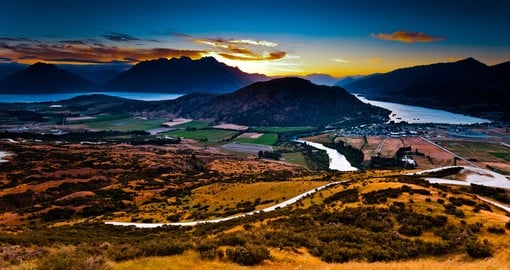 Not too far from Queenstown is the Fjordland National Park with its sheer rock walls rising straight out of the sea. The best-known natural attraction is Milford Sound, an amazingly dramatic and striking fjord and a must-inclusion on all New Zealand tours. One can take a cruise on the Sound watching seals, dolphins and penguins while sailing past flowing and cascading waterfalls. Te Anau is a small town which is the gateway to the Fjordland National Park nestled on the edge of a lake and the perfect location for setting off on hikes or walks or simply relaxing and taking in the surrounding beauty. The famous Milford Track running from Te Anau to Milford Sound offers 500 kilometres/ 300 miles of walking trails to satisfy the most energetic.

The Marlborough Region on the north coast is the gateway to the South Island and is where the ferries arrive from the North Island. It is an important wine-producing region and is known for its wine festivals. It is also a great place to watch dolphins and go sailing. Picton is an attractive seafront town with a number of arts and crafts centres. Blenheim has one of the sunniest climates in the country and has a rugged coastline suitable for interesting walks. Nelson is surrounded by snow-capped mountains, lush green forests, rolling vineyards and golden beaches. The sea here is a beautiful turquoise colour.

At Goway we believe that a well-informed traveller is a safer traveller. With this in mind, we have compiled an easy-to-navigate travel information section dedicated to a New Zealand vacation.

Learn about the history and culture of New Zealand, the must-try food and drink, and what to pack in your suitcase. Read about New Zealand's nature and wildlife, weather and geography, along with 'Country Quickfacts' compiled by our travel experts. Our globetrotting tips, as well as our visa and health information, will help ensure you're appropriately prepared for a safe and enjoyable trip. The only way you could possibly learn more is by embarking on your journey and discovering New Zealand for yourself. Start exploring...book one of our New Zealand vacations today!