Austria (In German, Osterreich, literally "the Eastern Realm" or "Eastern Empire") is a landlocked Alpine German-speaking country bordering Switzerland, Lichtenstein, Germany, the Czech Republic, Slovakia, Hungary, Slovenia, and Italy. Austria, along with its neighbour, Switzerland, is the most renowned winter sports destination in Europe. However, it is just as popular for summer tourists on Austria vacations who visit its historic cities and villages or go walking and hiking in the magnificent Alpine scenery.

Contrary to popular perception, Austria is not all about mountains. While the Alps do cover three-quarters of the country, the eastern provinces of Lower Austria, Burgenland and the federal capital of Vienna are flatter with more rural scenery. This diverse mix of landscapes is packed into a relatively small area. Glaciers, meadows, alpine valleys, wooded foothills, gently rolling farmland, vineyards, river gorges and plains can all be found on Austria vacations. One-quarter of Austria's population lives in Greater Vienna, located where the Danube meets the easternmost fringe of the Alps. 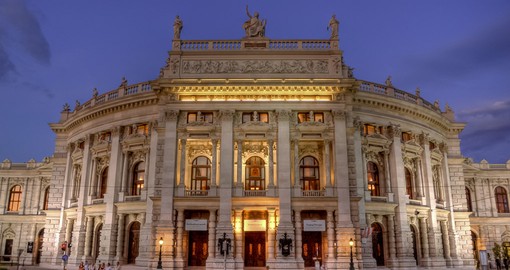 Best places to visit in Austria

Many great Austria tours begin in Vienna, a city with much charm offering the opportunity to visit museums, music centres and grand palaces. But the real specialty here is the Viennese coffee house, a large part of the city's social being. It is essential to spend time in one, not just for the excellent coffee and pastries, but to get an idea of the everyday lifestyle of the locals. St. Stephen’s Cathedral, the most important church in Vienna, dominates a central square. One can visit the interesting tombs and crypts inside. For museum buffs, the most well-known is the Kunsthistorisches Museum, one of the world’s best fine art galleries. For opera fans, the stately Vienna Opera House has regular performances of not only opera but also orchestral concerts and ballet. There are two major palaces which should be visited. The first is the splendid Schonbrunn Palace, the original home to the Habsburg monarchs for over 300 years, with its beautiful and vast gardens. The other is Belvedere Palace with its extensive art collection. Unique to Vienna is the Spanish Riding School with its performances of classic dressage undertaken by magnificent Lipizzaner horses. For the young at heart, there is the Prater, which is a well-known amusement park featuring a giant Ferris wheel sure to enhance your Austria tour. 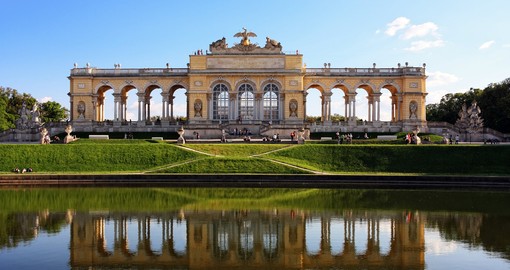 To Vienna’s west, Salzburg is one of Europe’s most beautiful cities made famous by both Mozart and the movie, The Sound of Music. Dominating the city is the 900-year-old Hohensalzburg Castle perched high on a cliff top, affording a wonderful view of the surroundings. Salzburg is the birthplace of Mozart and there is a museum dedicated to this great composer in his original home. Other points of interest include the Schloss Mirabell, a grand palace built in the 18th Century in the baroque style and the Residenz, a former palace of the city’s Prince Bishops, originally built in the 16th Century, all ready to be experienced in Austria vacations.

Graz is a medieval old town with a blend of Renaissance and Baroque architecture. It is the second-largest city in Austria and is home to six universities. It is also the birthplace of actor and former Governor of California, Arnold Schwarzenegger. The old town here has been designated a UNESCO World Heritage site with its 1000 buildings ranging from the gothic style to the contemporary. Its clock tower comes to life three times every day with music and rotating dance figures. The city also holds the mausoleum of Emperor Ferdinand ll. The Schlossberg castle, built in the 15th Century, is perched on top of a hill overlooking the city and can be reached by elevator or a funicular. The Eggenberg Palace in Graz was built in 1625 in the Italian Renaissance style. You can visit the staterooms and the gardens.

Linz is where the Danube River flows through the centre. The architecture here is once again in the Renaissance style. It is Austria’s third-largest city and is situated on both sides of the River Danube. The city is famous for its churches and museums as well as being one of the most picturesque cities in the country. Overlooking the Danube is the imposing Linz Castle which was the site of a fortress from the 9th Century with a few remains. The present structure dates back to the 16th Century. It is home to the Schlossmuseum with its important art and historical collections and displays featuring artefacts from the prehistoric, Roman, and medieval periods. These include paintings, sculptures, arms, and armour. The old town of Linz lies at the foot of the castle with its narrow lanes, remarkable town residences and chapter houses.

Innsbruck is probably best known as the host of the Winter Olympics in 1964 and 1976. It lies in a wide valley and is surrounded by the Alps, giving it an enviable setting in any season. Like many other cities you may explore on a Europe vacation, Innsbruck has an Old Town (Altstadt). Some of the buildings are over 500 years old and are designed in both Gothic and Baroque styles of architecture, including medieval houses painted in bright colours. This is where you will find the majority of the city’s main attractions. Your first sighting might well be the Golden Roof, Innsbruck’s most famous landmark. It derives its name from the over 2700 copper tiles that adorn the roof of this 500-year-old building that was built by Emperor Maximilian I. Below the roof are a variety of figures and images. The front of the building is decorated with a man and two wives. Emperor Maximilian is portrayed next to his wife at the time. By all accounts, he didn’t much care for her, which is why his first wife joined them. Adjoining the roof is a museum concerned with the life and times of the Emperor.

There are a number of winter sports centres available for Austria vacations. Some of the best-known include St. Anton which is famous for not only its ski slopes but its nightlife. There is also Obergurgl, one of the highest ski resorts in Europe which attract wealthy international visitors and has a reputation as Austria’s most likely ski resort to have snow from mid-November until early May. Moreover Kitzbuhel, which has easy access to its 60 ski slopes and snow guaranteed from December to April and finally Solden, with almost certain snow between October and May and an active après-ski scene plus concerts all winter long. All have facilities and slopes to suit experts and beginners alike.

What types of tours are available in Austria?

You can consider stopover packages in both Vienna and/or Salzburg. Another way of experiencing Austria could be on a River Danube cruise. You can also enhance an Austria tour combining Vienna with Budapest and Prague. Ski packages are available to most of the major ski resorts.

No matter the season, Austria will welcome your Goway Austria vacation packages. For Austria tour inspirations, take a look at our popular itineraries below. If you had a custom itinerary in mind, you can fill out quote request form here and we'll be happy to turn your dream vacation into a reality.

After Vienna, What Next on an Austrian Vacation?

Vienna is More than Coffee and Strudel

Add a Festival to Your European Vacation (Part 2)

Road-Testing the World’s Most Liveable Cities for 2016 (as Travel Destinations!)

Why a Europe Vacation is an Excellent Winter Travel Plan

At Goway we believe that a well-informed traveller is a safer traveller. With this in mind, we have compiled an easy-to-navigate travel information section dedicated to Austria vacations.

Learn about the history and culture of Austria, the must-try food and drink, and what to pack in your suitcase. Read about Austria's nature and wildlife, weather and geography, along with 'Country Quickfacts' compiled by our travel experts. Our globetrotting tips, as well as our visa and health information, will help ensure you're properly prepared for a safe and enjoyable trip. The only way you could possibly learn more is by embarking on your journey and discovering Austria for yourself. Start exploring… book one of our Austria tours today!

Consider an additional stopover to your Austria vacations at one of Goway's other European destinations. You can choose from a Paris vacation, a London vacation or an Amsterdam vacation. This can be done stopping over en route to or from Austria.

DELUXE | PRIVATE-GUIDED: Explore Vienna while staying at the Hotel Sacher, the cherished meeting place for everyone from artists to heads of state. Staying at this luxury hotel in the city center, you’ll venture throughout Vienna to see historical landmarks, including the Vienna State Opera, the Hofburg, and Schönbrunn Palace.