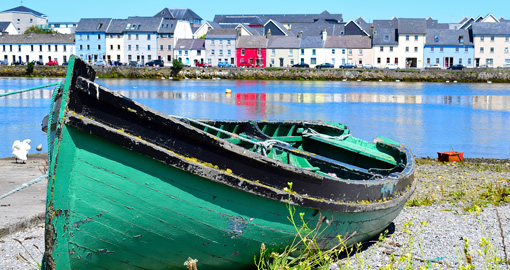 Galway is situated at the mouth of the River Corrib on the west coast of Ireland and is known as a city of art and culture with its lively atmosphere and its numerous festivals. It is also one of the few places where Irish remains a thriving language for everyday use. If you enjoy visiting typical Irish pubs on an Irish vacation, this is the city where you can meet friendly locals. Guinness, Irish Pale Ale and Irish whiskey are the tipples recommended.

Eyre Square – also known as John F. Kennedy Memorial Park - is a busy square with an open green space with sculptures, pathways and lawns. There is a bust of U.S. President John F. Kennedy in the park to commemorate his visit here. An attraction in the square is the Brownes Doorway which is the remains of an old mansion that once housed a prominent merchant in the 17th Century.

A landmark is the lively Galway street market, a local gathering place. Saturdays are especially lively with many stalls selling farm-fresh produce, arts, crafts and snacks. On sunny days especially, there are buskers providing entertainment. 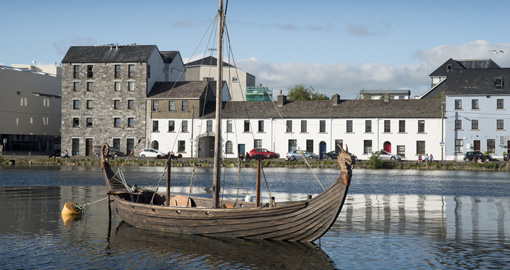 The imposing Galway Cathedral is exceptionally beautiful with a decorated dome, attractive Romanesque arches, lovely mosaics and rough-hewn stonework emblazoned with stained glass. It has excellent acoustics which can be heard during organ recitals. 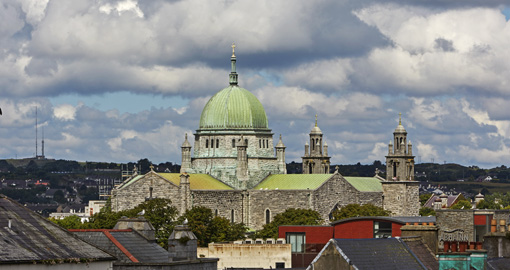 The Spanish Arch is an extension of Galway's medieval city walls, designed to protect ships moored at the nearby quay while they unloaded goods from Spain. It is the gathering place for buskers as well as locals and visitors. 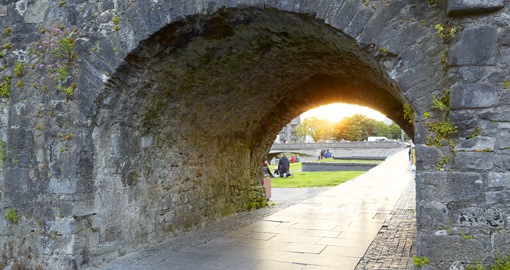 The Galway City Museum is situated on the banks of the River Corrib and has a mixture of permanent and temporary exhibitions. It contains exhibits from prehistoric and medieval times and is a good place to learn about the history of Galway from 1850 to 1950 through photographs and artifacts.

Lynch's Castle was once the home of the most powerful family in Galway and is a good example of an Irish gothic style of architecture and gives an idea of old medieval Galway. The castle is four stories high and the building has been modified a number of times over the years since it was originally built in the 15th Century. Of interest are the decoratively-carved windows and the finely-carved gargoyles that project outwards from the building.

Finally, for the energetic, a pleasant walk on the seashore is along the Salthill Promenade which is 2 kilometres/ 1.2 miles long.