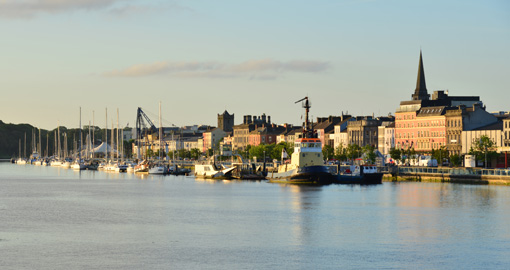 Waterford is a city in southeast Ireland. It is the oldest and 5th largest (excluding Northern Ireland). As the oldest city in Ireland, Waterford has a long history and was one of the first places to experience raids by the Vikings. It is well known for Waterford crystal so you might want to start with a visit to the House of Waterford Crystal on your Ireland vacation. This factory offers a tour that shows you how this famous crystal is made. This includes the blowing room to see the glass-blowing process. Naturally, there is a shop which sells this exquisite product and has a crystal version of Cinderella’s carriage. 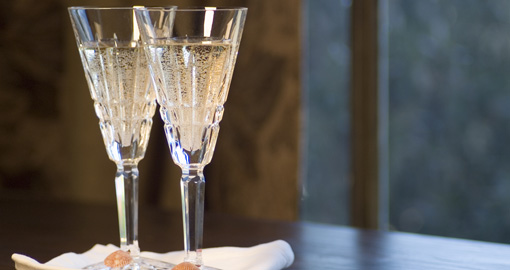 A landmark in Waterford is the 13th Century Reginald’s Tower which is located on the banks of the river and is Ireland’s oldest civic urban structure originally erected as a defence against the Vikings and has been a prison, a mint and an arsenal. Today, it houses the City Museum which contains an exhibition of historical and archaeological artifacts that trace the city’s Viking heritage. 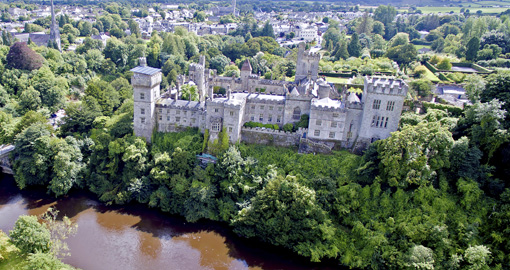 Lismore Castle, just outside of the city, is not open to the public but is well worth visiting as it is located in a panoramic position overlooking rolling, wooded hills. Henry II visited Lismore in 1171 and chose the site for a castle it was built by Prince John in 1185. It later belonged to Sir Walter Raleigh in 1589. Today, it is owned by the Duke of Devonshire. The castle is designed in the Gothic style. 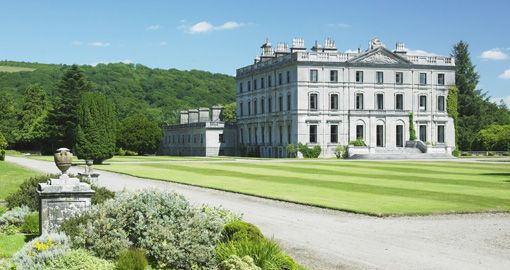 Curraghmore House & Gardens are a short distance outside of Waterford. It is an estate of over 2500 acres of formal gardens and forest and the home of the 8th Marquis of Waterford whose family goes back to the 12th Century. There are guided tours of the Georgian main house and the Shell House built by Catherine Countess of Tyrone in 1754 who arranged for local sea captains to bring her seashells from all over the world. 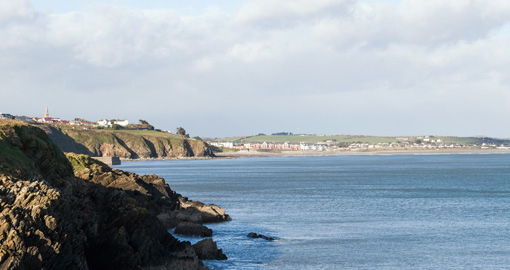 If you want to visit a pleasant sea resort, again not far from the city is Tramore Beach which offers a 7 kilometre/4 mile walk along the coast. The town has a backdrop of cliffs which give opportunities for scenic walks with panoramic views.