France uses the Euro as its official form of currency, with Visa and Mastercard being the main credit cards accepted if you chose not to use cash. Some larger establishments accept Amex and Discover Card, but they are rare in smaller centres. ATMs are common in all towns and cities.

French is the official language of France, with English widely spoken and understood. It is also referred to as “Metropolitan France,” as there are linguistic differences between French in France and French in other countries in the world such as Canada.

France rewards travel during all seasons and is consistently popular with tourists throughout the year. In the summer, travellers can take advantage of the warm, dry weather and wander through lavender fields in Provence, or pay respects to the brave soldiers who fought in the wars at one of the many sites and monuments in the north. In the winter, travellers can experience magic and wonder at one of the many Christmas markets or ski hills across the country, or escape the cold in the famous French Riviera on the Mediterranean Sea.

The climate in France is very temperate, with annual temperatures hovering between 16°C–24°C/61°F–75°F in the summer and 0°C–8°C/32°F–46°F in the winter. The south of France has a typical Mediterranean climate with hot, dry summers and damp and mild winters. Central and eastern France bring hot summers and cold winters with snow and rain. To the west and north you will experience cooler temperatures in the summer and more days of rain annually. France’s mountain regions see heavy rainfall and snow during three to six months of the year, making them perfect for ski vacations.

France is the perfect country for any traveller who loves rich and vibrant tradition and culture. With world-class food and wine, history, and art, there is something to pique the interest of all visitors. France is also a great country for those travellers looking for new or unique ski and beach destinations. 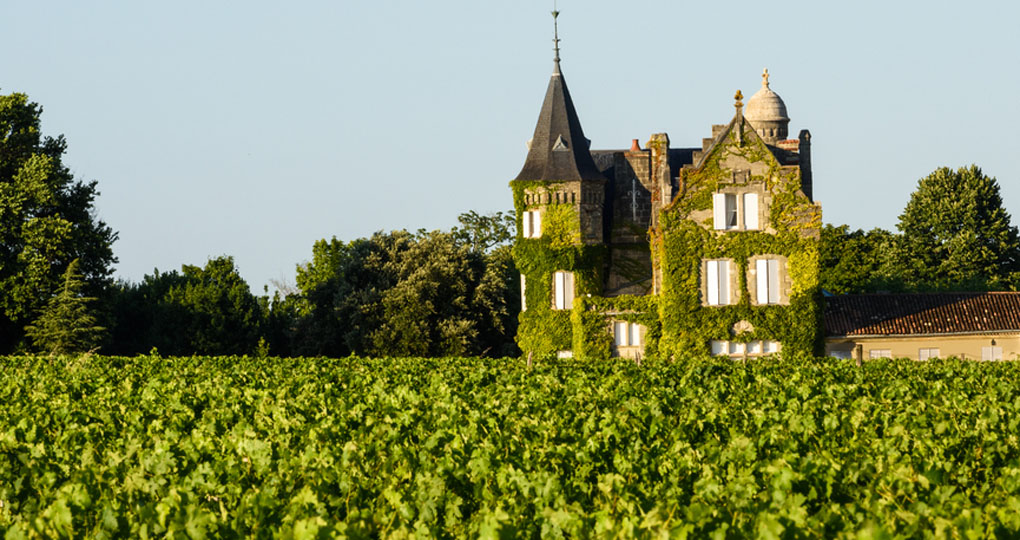 The largest airports in France are Charles de Gaulle Airport in Paris and Nice Airport located in the south of France. There are other smaller regional airports that allow for easy travel between cities throughout the country.

Toronto and Vancouver both have multiple direct flights a day to/from Paris. During peak travel season, many airlines offer direct flights to Nice. Travellers can also find connecting flights into Bordeaux and Marseille all year round. 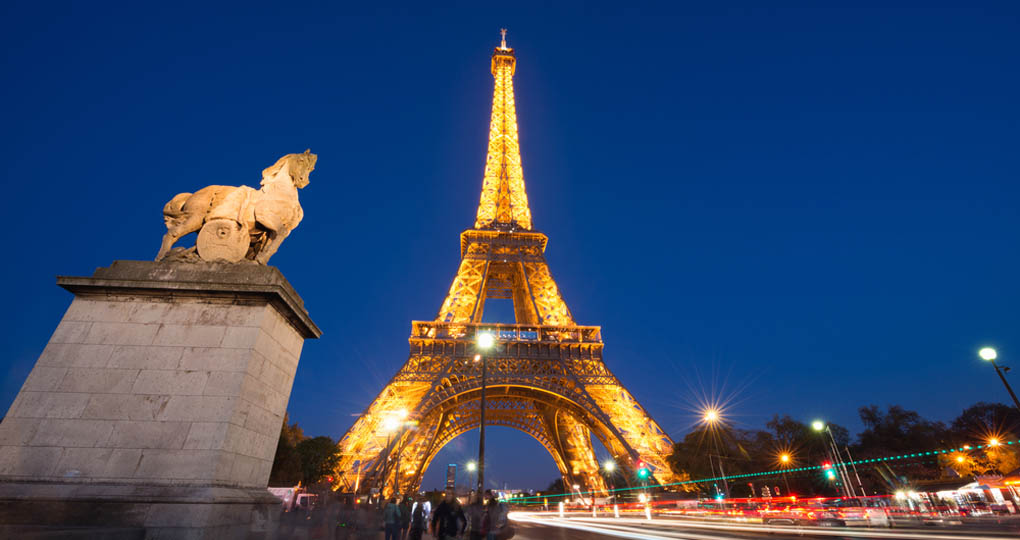 Also known as the City of Light, Paris is France’s capital and largest, most popular city. It’s also home to some of the world’s most famous art, architecture, and food. Take in a panoramic view of the city from the top of the Eiffel Tower, admire world-famous artworks in the Louvre, wander through the shops and restaurants of the Champs Elysees, or take in a burlesque show at Moulin Rouge in bohemian Montmartre. It’s a city of endless highlights and experiences.

Located in the south of France, the French Riviera (or Cote D’Azur) is a very popular resort destination for both locals and visitors. The French Riviera extends across the Mediterranean coastline with the main cities being Nice, Saint Tropez, Cannes, and Antibes and has incredible beaches, stunnings views, and some of France’s most world-renowned restaurants.

Normandy lies along the coast in the northernmost part of France and has the sites of some of the most famous battles of World War II. Visit the war museums and cemeteries in Caen, or tour the D-Day beach battlefields of Omaha, Utah, and Juno. Normandy is also home to the island abbey community of Mont-Saint-Michel.

Located in southwestern France, Bordeaux has landmarks dating back to the 11th century. It’s also famous for being the hub city for France’s largest wine region. Take in the acres of sun drenched wineries by land or by river cruise, or wander the streets and immerse yourself in the history and culture of this remarkable city.

Other Highlights of France Off the Beaten Path 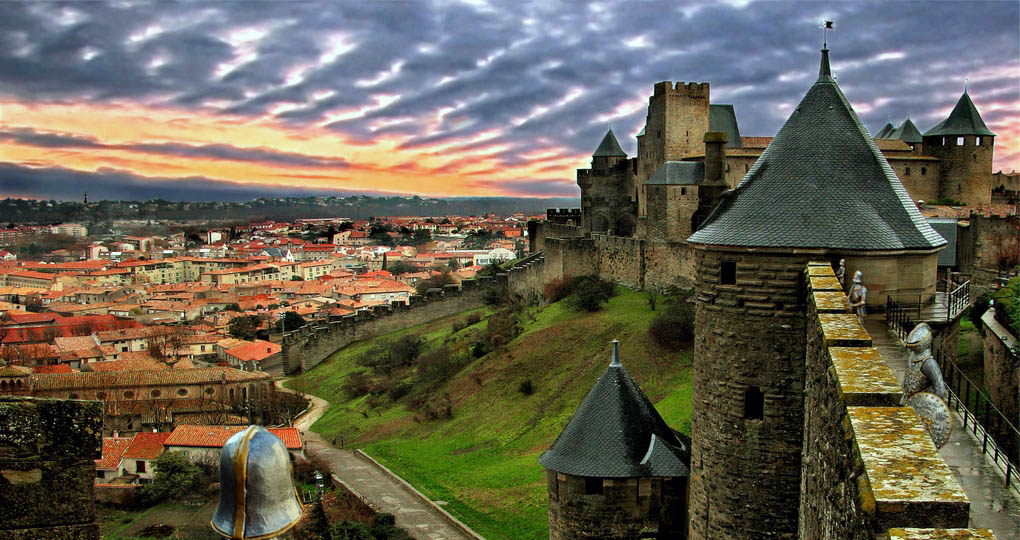 Carcassonne is one of the only fortified cities in France, with massive, medieval city walls encircling the entire castle town. It’s a stunning destination that captures the height of the Middle Ages. It also offers lively markets and festivals for visitors.

A beautiful and unique town, Chamonix is one of the only car free regions in France and is only accessible via train. In the winter, Chamonix offers an abundance of beautiful ski hills through mountains and valleys and cozy chalets and lodges. In the summer, travellers can hike or bike the trails that offer beautiful mountain scenery and crisp fresh air.

Bordering Italy in France’s southeast, Provence offers some of the most diverse landscapes in France, from wineries and lavender fields to pine forest and the Southern Alps. The former home of the Popes, Avignon, and the sunny town of Aix-en-Provence are the largest cities in the region, but there are many other incredible unique cities that can easily be reached by car or bike.

Strasbourg is one of the most unique cities to visit in France. While this city borders Germany, the food, culture, and languages are neither French nor German, but an eccentric mix of both, creating a new culture truly unique to the city. Wander the historic streets and learn about the centuries-long battles between the French and German for control over this town. The city is also celebrated for its unique food scene, so be sure to spend some time in the many local restaurants.

Top Activities and Experiences in France 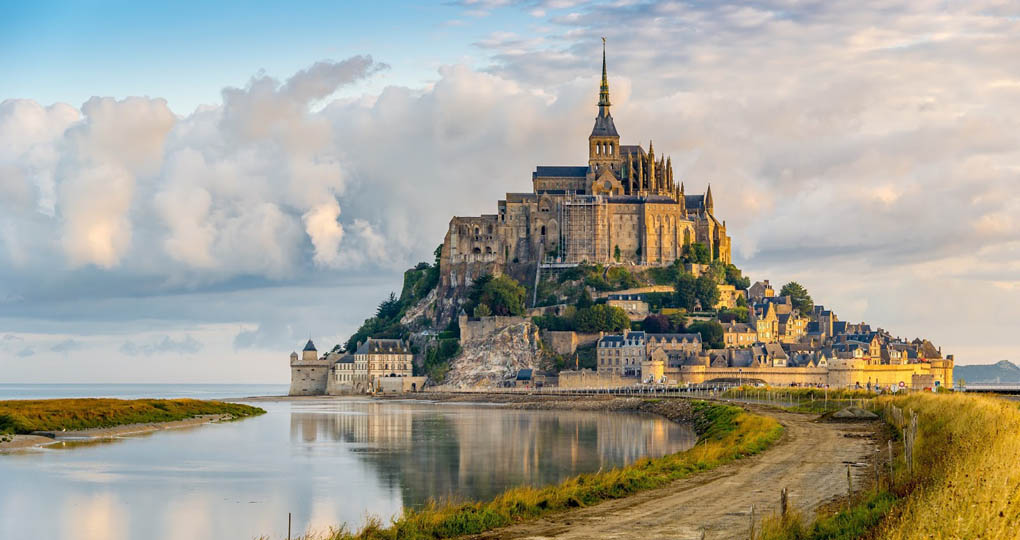 Located about an hour’s drive southwest of Paris, this small city was founded by King Louis XIV in the 1600s and served as the capital of the Kingdom of France for over a century before the French Revolution. It’s most famous for the Palace of Versailles, Louis XIV’s opulent palace that served as the home to many kings and queens of France prior to the French Revolution. Today, it’s one of the country’s most popular museums.

The Louvre is France’s most famous museum and the largest art museum in the world. Located in a historic palace on the Seine River in Paris, the museum showcases some of the world’s oldest and most famous artworks, most notably Leonardo da Vinci’s “Mona Lisa.”

The abbey commune of Mont-Saint-Michel is famous for its abbey tower that overlooks the watery landscape. At high tide, the fortified community turns into an island, with the entire town looking like it’s rising from the sea. The abbey has been featured in countless television shows and movies and has historically been a pilgrimage site. When the tide is low, visitors can walk the perimeter of the town and enjoy views of the tower from new angles. 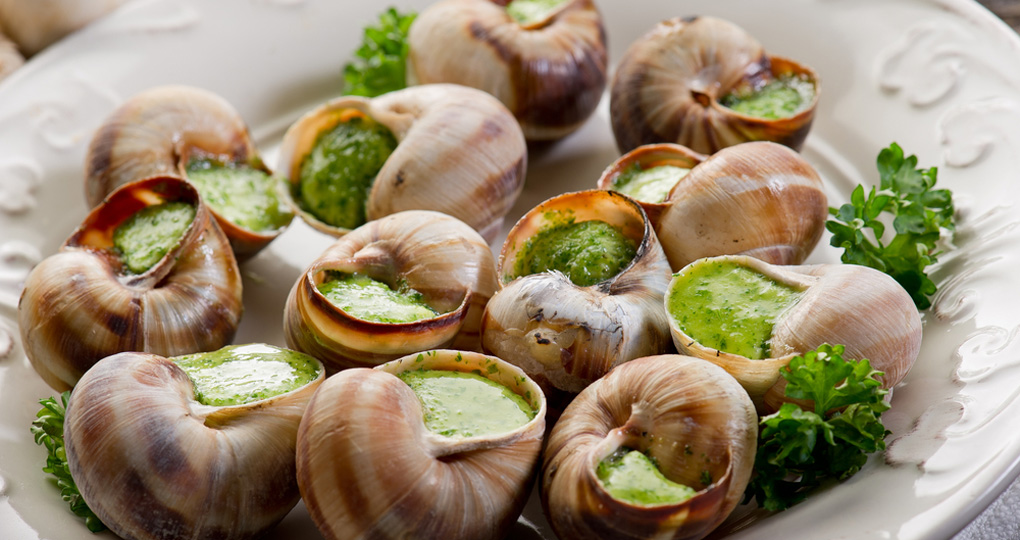 This beef stew is a quintessential French dish. Traditionally, it consists of meat, root vegetables such as carrot, onion, celery, and leek, and a variety of spices. It’s cooked in a large pot for a few hours (sometimes all day depending on the cuts of meat used). It’s a popular dish at Christmastime.

Coq-au-vin gained popularity in the 20th century due to the famous chef Julia Child, but it predates her popularisation of it. Some legends even date it back to the days of Julius Caesar. It’s commonly made with chicken that is braised in red wine with lardons, mushrooms, and garlic. Traditionalists use only Burgundy red wine, making the dish uniquely French.

This beef stew mixes aspects of Pot-eu-Feu and Coq-au-Vin, braising cuts of beef in red wine for many hours. Traditional recipes call for braising the beef in local wines and cooking along with local produce like onions, carrots, and garlic. This stew is usually served along with mashed potatoes, but rice and noodles have become increasingly common serving options over the years.

This dish of cooked, edible land snails is a popular hors d’oeuvre across France. The snails are usually cooked in a garlic and white wine sauce. However, they can also be served with a buttery sauce, pine nuts, and a wide variety of other herbs and spices. 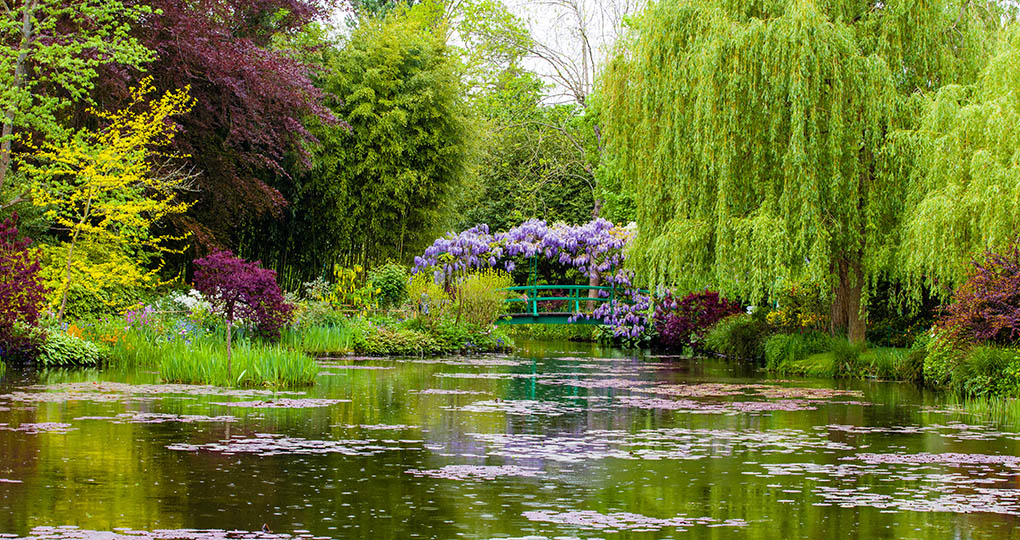 Travelling between cities and regions can easily be done via train, as France is one of the most connected countries in Europe. France also has embraced many different initiatives to help with sustainable tourism with outdoor markets showing off local produce to carbon-neutral public transportation.

France shares borders with many amazing European countries, making it easy to visit multiple destinations on your trip. Take the rail underneath the channel to England or hop on a short flight to Italy, Switzerland, Germany, Belgium, or a number of other countries. For those looking to take in natural scenery, many countries are accessible via rail from France.

Most Popular Itineraries for France

Eat + Drink: Paris to Bordeaux is the perfect exploration of some of France’s finest flavours and most popular sites and cities. Paris and Normandy River Cruise invites travellers to explore the incredibly lovely French countryside from the comfort of a relaxing cruise. Finally, La Belle France Small Group Tour offers a more expansive exploration of the paths-less-travelled.