The Republic of Ireland accepts the Euro as their official form of currency. Visa and Mastercard are the major credit cards accepted throughout most of the country, and larger hotel chains accept AMEX and Discover as well. However, some smaller towns do not accept credit cards, making cash the best way to pay. Also be aware that if you’re travelling into Northern Ireland, you’ll have to use Pound Sterling.

English is the official language of Ireland. However, the nation’s second primary language is Irish Gaelic, which has deep roots within the Irish culture and is still spoken in many parts of the country.

Ireland is a great country to visit no matter the season, with many of the main attractions open all year long. Summer is a great time for exploring the outdoors such as the Dingle Peninsula and the Ring of Kerry, and offers some of the world’s best golf courses. In the winter, you can visit one of the many Christmas markets, attend the Jazz Festival, or try some world-class cuisine at the Kinsale Gourmet Festival. And although it should go without saying, being on the Emerald Isle on St. Patrick’s Day is a one-of-a-kind experience.

Ireland has the perfect climate for travel any time of year. While it can be humid and there’s a fair amount of rain throughout the year, the island doesn’t see extreme temperatures. January and February are the coldest months with average temperatures around 7°C/44.6°F. May to September are the driest months, with temperatures around 20°C/68°F.

With ample hiking trails and outdoor attractions scattered across the land, Ireland is excellent for those looking for an active vacation. History buffs will also enjoy the museums and castles across the nation. Of course, Ireland is also an excellent destination for golfers, offering some of the world’s best courses. Many families also relish a trip to the country; it is easy to navigate, safe, and home to some of the friendliest and most welcoming people on the planet. 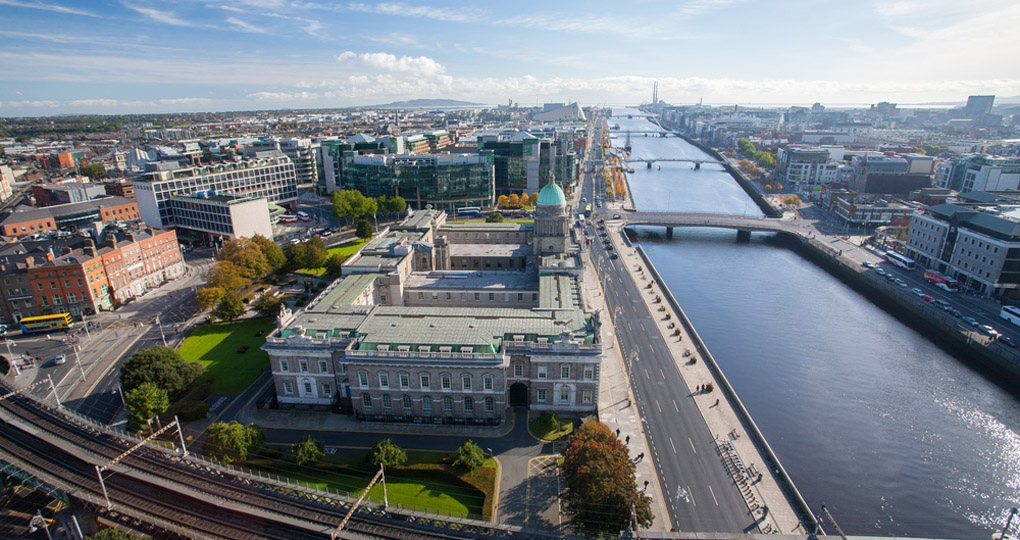 The largest airport in Ireland is Dublin International Airport. There is also an international airport in Shannon, although most travellers from North America will fly into and depart from Dublin.

Major cities like New York, Chicago, Atlanta and Los Angeles have direct flights to Dublin. To fly to Shannon, or smaller regional airports like in Galway, a connection is usually required in Dublin or another major city.

Flying from Vancouver or Toronto are the best options, with many direct flights offered daily to both Dublin and Galway. Flights into Shannon will require at least one connection. 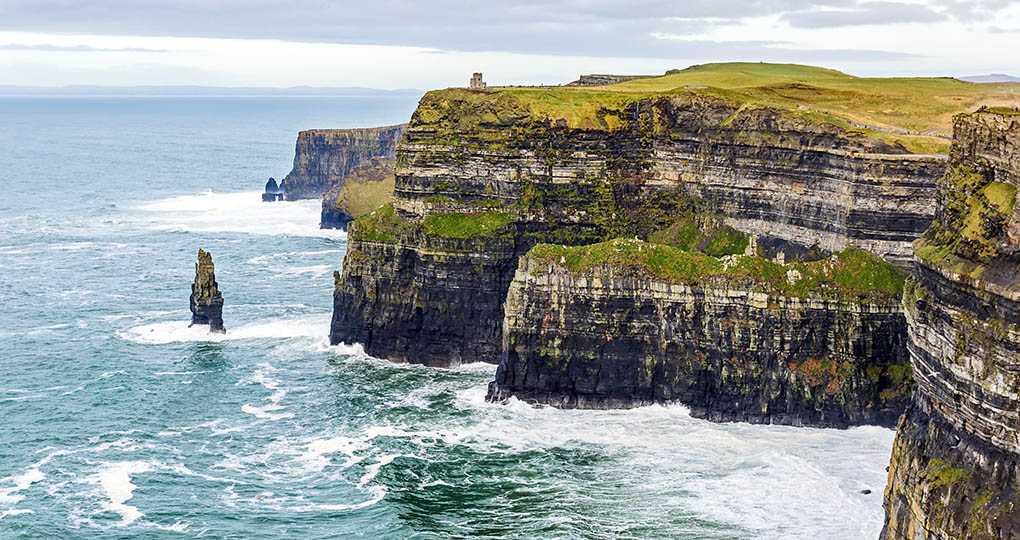 This historic and lively city was settled over 1,000 years ago and offers something for every type of traveller. Visit some of the historic museums and universities such as Trinity College and learn about what makes Dublin so special, experience Irish culture first hand at one of the traditional pubs, or visit iconic distilleries like Jameson. With many attractions close together, you can walk anywhere you need to go.

No trip to Ireland is complete without a visit to one of the most iconic landmarks, the Cliffs of Moher. Featured in movies such as The Princess Bride and the Harry Potter series, these sheer rock cliffs look over the Atlantic and provide a view of the Aran Islands on a clear day. Visitors have the option to walk along the cliffs, or take a boat tour and admire them from below. The Cliffs of Moher are about three hours west of Dublin or 90 minutes south of Galway, making them a perfect day trip option.

Dating back to the 15th century, this medieval keep is home to one of Ireland’s most famous attractions, the Blarney Stone. The Blarney Stone is said to give you the “Gift of Gab,” meaning you will never be lost for words. The stone is visited by thousands of travellers every year, who can see the stone, wander the grounds, climb to the top of the battlements and take in the beautiful view, or get lost in one the castle’s exquisite gardens.

This quaint town is a perfect stop on any itinerary, offering charming hotels and Irish culture. Take a tour of the town on a traditional Jaunting Car, or spend your days walking the streets visiting unique shops and restaurants, or perhaps visit Ross Castle or Killarney Estate.

Ring of Kerry and Dingle Peninsula

Other Highlights of Ireland Off the Beaten Path 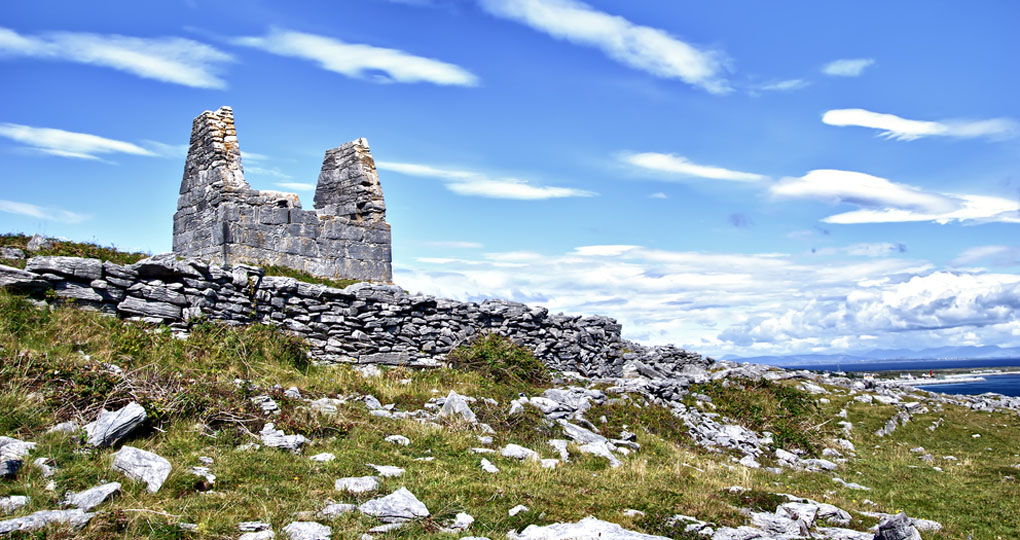 Recently featured in the latest Star Wars movies, Skellig Rock rises from the sea and consists of two islands, Skellig Michael and Little Skellig. Located 12km/8mi off the end of the Ring of Kerry, the uninhabited island of Little Skellig is difficult to reach due to the rough waters so boats cannot dock there often, but the view is very much worth the trip. Boats do dock on Skellig Michael, where visitors will have a chance to wander and explore the old monastery and lighthouse.

This natural region in the southwest of Ireland is where 70% of the nation’s flora and fauna can be found. With rolling hills and untouched nature for miles, visitors feel like they are walking through a fairytale landscape.

Bunratty Castle allows you to truly experience history. This historic castle offers not just accommodation, but a museum and folk park for kids offering an interactive experience for visitors of all ages. The castle also hosts a medieval banquet where guests are served food from the medieval era and experience a show full of traditional song and dance.

Only accessible by boat, the Aran Islands are located just off the coast of Galway and have some of the most ancient sites in Ireland. Explore ruins of medieval churches and prehistoric forts, or hike over hills and valleys to areas rarely touched by humans.

Top Activities and Experiences in Ireland 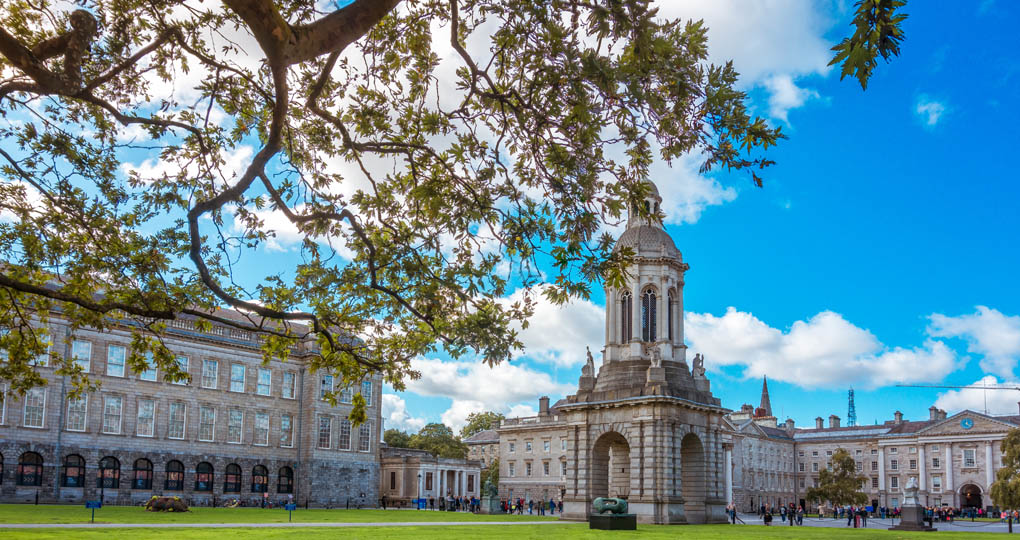 The Book of Kells at Trinity College

This illuminated manuscript is known as one of Ireland’s most famous national treasures. This ornately decorated book contains the four Gospels of the New Testament written in Latin and illustrated with fascinating decorations through. It surpasses any other medieval manuscript with the complexity of its design.

Temple Bar District (named after the famous pub) is a fun and lively area that offers charming hotels, historic pubs, and Irish culture at its best. It is a popular place for festivals and nightlife and great for travellers looking for nightlife. Just be sure to stay outside of the district to enjoy a good night’s rest. The area itself can get noisy.

See where some of Ireland’s best known authors and poets found their inspiration. Have a drink in the pub where Oscar Wilde used to write and walk the streets that James Joyce and Samuel Beckett stolled each morning. Not only will you learn about these famous writers and their impact on literature, but learn about the history of each unique pub that you visit.

Irish Beer and whisky are staples of Irish Culture. Guinness Beer was created in the 18th century and has gone on to become one of the most popular beers in the world. Visit the Guinness Brewery in Dublin and try some right where it is brewed. Learn how it was made originally and how it has evolved over the centuries, as well as how to pour the perfect pint and bring out all of its flavour. Of course, whisky is just as important as beer in Ireland. Take a tour of the Jameson Distillery and learn about the importance of whisky to the Irish people, and get to taste and learn about the varieties they produce. 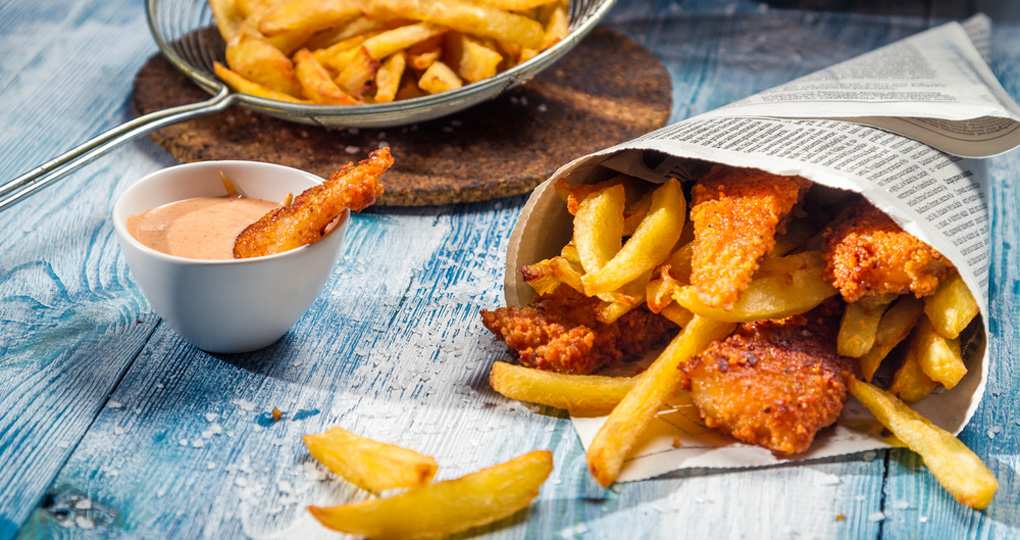 This ground meat pie is cooked in gravy with a potato topping. Traditional pies are baked prior to eating. In more modern recipes, you will find other vegetables such as peas and carrots added to the meat. You can find shepherd’s pie served in almost every pub and restaurant in Ireland.

Historically, Irish bread was cooked on a griddle because domestic flour in Ireland didn’t rise well when it was mixed with yeast. Thus, the Irish combined the flour with baking soda to help it rise, creating soda bread. There are several varieties, with some made with Guinness treacle, walnuts, or herbs. There are also sweetened versions, the best known of which is “Spotted Dick,” which is soda bread with raisins.

A staple food across the British Isles, fish and chips are common in pubs and coastal stalls in Ireland. Often served in the day’s newspaper, breaded fish and chips (fries) are topped with salt and vinegar and make for a great lunch on the go. Curry gravy is also a favourite topping among locals. 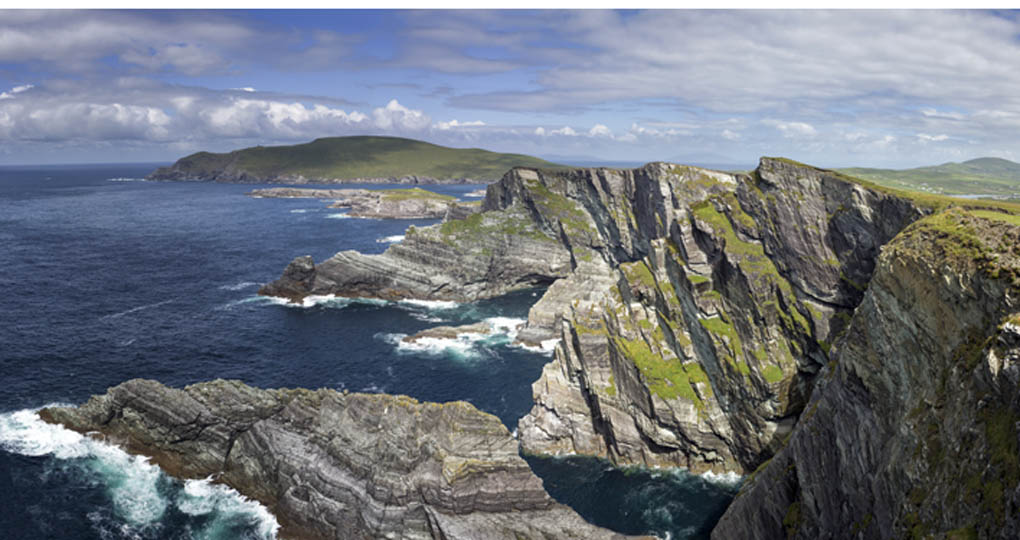 Rail travel is the most sustainable way to travel throughout Ireland, and the rail system connects the country quite well. Within cities such as Dublin, Galway, Cork, and Killarney, biking and walking are very popular as these are relatively compact cities. More broadly, Sustainable Travel Ireland has now joined the Global Sustainable Tourism Council, and they are working to provide more sustainable adventures across the country.

Once you’ve discovered Ireland, the next logical step for you to visit would be Northern Ireland and other areas of the United Kingdom. Belfast is less than three hours from Dublin via a quick and lovely train ride, and there’s a lot of history and culture shared between the neighbouring countries. You will love the castles and historical sights you can visit in Scotland and England, and a flight lasting less than two hours will take you to either Edinburgh or London.

Most Popular Itineraries for Ireland

Elegant Ireland Self Drive lets travellers head across the Emerald Isle at their own pace in a rental car. Accommodations and tours are pre-booked as travellers drive to Dublin, Waterford, Limerick, and the Cliffs of Moher, among other popular stops. Complete Ireland takes travellers on a coach tour across the whole of the nation and into Northern Ireland, including the beautiful Giant’s Causeway and Waterford. Highlights of Dublin is a convenient city stop with first-class accommodations and an intimate tour of the city. It also includes a day trip into Northern Ireland, connecting along the Giant’s Causeway.

Explore the Emerald Isle in style and at your own pace. This self-drive Ireland tour takes you from Dublin to Waterford, Limerick, the Cliffs of Moher and many more picturesque parts of the country.

FIRST-CLASS | SMALL GROUP: A complete tour of Ireland, this small group adventure takes you to the most famous sights and towns of the Emerald Isle, from the staggering Giant’s Causeway to the delicate crystal of Waterford.

FIRST-CLASS | TAILOR-MADE: Enjoy the perfect introduction to Ireland’s capital. Stay in a first-class hotel and explore the city on an intimate tour in a luxury car, seeing St. Patrick’s Cathedral and the graves of some of the city’s most famous citizens. Another day, explore Northern Ireland, visiting Belfast and driving along the Giant’s Causeway.