Romania’s official currency is the leu (RON). While some larger hotels and tourist stores will accept credit cards, most transactions are done through cash. You can find ATMs in banks, airports, and malls across the major cities. They’re not as common in smaller towns.

Romania’s official language is Romanian, which is different from other languages in Eastern Europe in that it has Latin roots. While professionals in the major cities and many youth speak English, it’s not common across the country. That being said, Romanians are very accommodating and will try to be helpful regardless of difficulties with communication.

Romania is most popular from April to June, and from August through October, when temperatures are pleasant. Summer gets hot, especially in the south around the capital, Bucharest. The area around the Black Sea is more comfortable during this time, due to sea breezes and mountain winds. Winters are cold, especially in the mountain regions. Most of the country has snow between December and March.

Romania is on the cusp of becoming a trendy travel destination, but for the time being, it remains a spot off the beaten path for most travellers. Thus, it’s especially rewarding for people who want to avoid tourist crowds and explore little-visited parts of Europe. It’s great for history buffs, as the wealth of castles, especially in Transylvania, are fascinating. It’s also affordable, with low costs for accommodation and tours. The landscape is also appealing, with the most untouched wilderness in all of Europe. If you like hiking or skiing, you’ll find many places to do so in Romania. 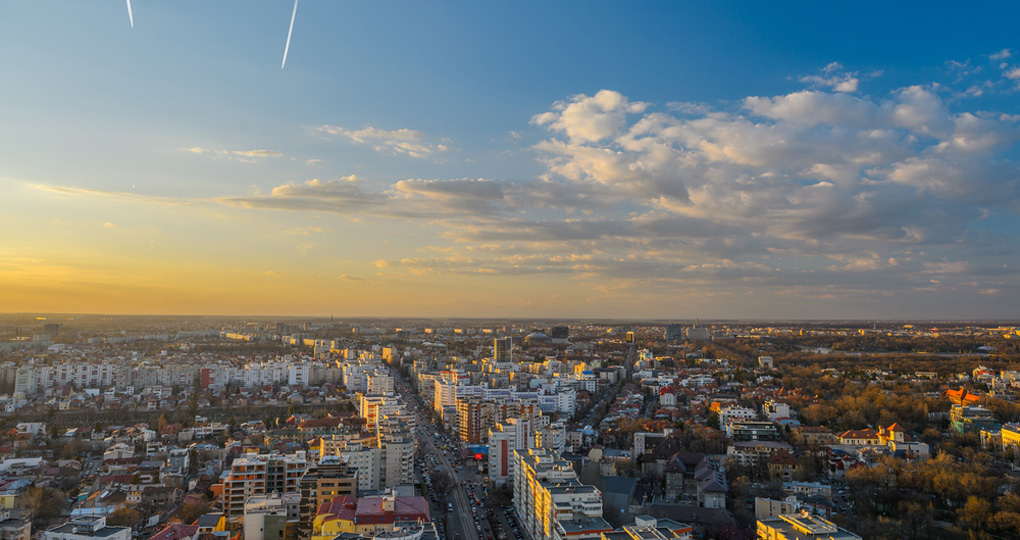 There are no direct flights between the United States and Romania. Most flights connect through major European gateways, such as Frankfurt and Vienna.

There are no direct flights from Canada to Romania. Most flights connect through European gateways such as Amsterdam and Frankfurt. 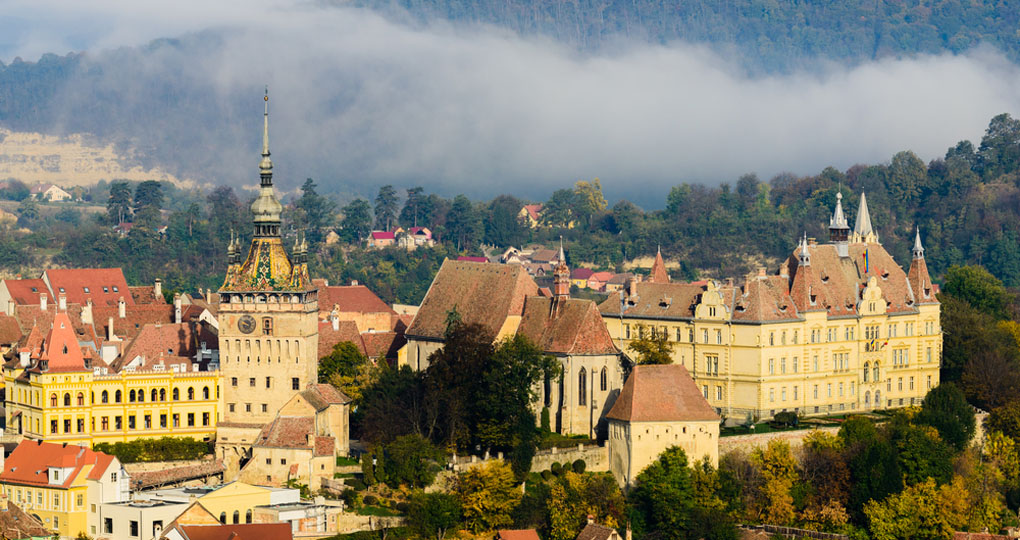 Bucharest is Romania’s capital and largest city. The city has seen a lot of rapid development over the past few decades, so it can be a bit overwhelming in terms of its gargantuan malls and skyscrapers set alongside communist-era brutalist architecture. The Palace of Parliament exemplifies the communist era better than any other landmark, as it’s one of the world’s largest government buildings. Bucharest also has a lot of museums where you can learn about the country’s turbulent history, such as the National Museum of Romanian History and the open-air folk museum, Dimitrie Gusti.

This central region in Romania is synonymous with vampiric lore, due to it being the home of Vlad Tepes (who inspired Bram Stoker’s Dracula), but it’s actually one of Europe’s most beautiful medieval regions. The region is centred on the towns of Brasov, Sibiu, and Sighișoara, which offer a series of old castles, stunning hillsides, and charming medieval town squares. The region is also home to Saxon fortified villages that offer incomparable insight into the lives of migrant communities in the Middle Ages. As well, viticulture thrives in the region (as it does in much of Romania), and wine connoisseurs will be pleasantly surprised by the unique terroir, excellent vines, and delicious wines found throughout.

This stunning delta is the second largest delta system in Europe and the best-preserved on the continent. Originating on the Black Sea, the water system is known for its variety of ecosystems, which sustain ample plant and wildlife. If you want to break up historical tours and visits to medieval castles with a nature break, this is the place to go.

Other Highlights of Romania Off the Beaten Path 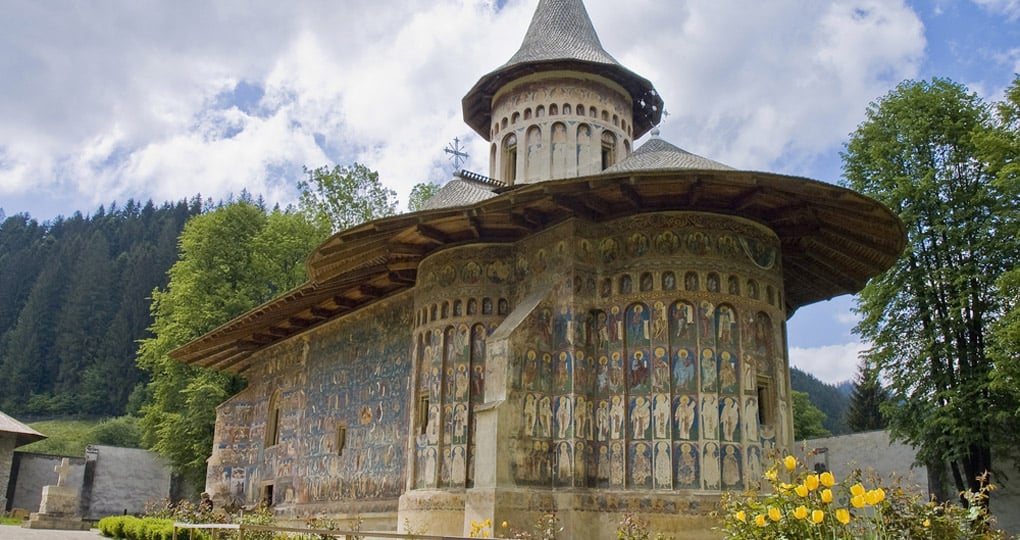 The region of Moldavia around the city of Suceava along the northern border with Ukraine is home to some of the most remarkable relics of the Middle Ages, a series of eight Romanian Orthodox Churches that are covered in paintings depicting the lives of saints and stories from the Bible. You’ll need to hire a car to reach the churches, but it’s more than worth it to see these elaborate, UNESCO-listed artworks in person.

This ancient historical site lies on the top of a mountain just to the west of Transylvania. The mountain was home to a Roman fortress in ancient times. Many columns and foundations remain to this day, offering a fascinating historical dimension to the site’s immense natural beauty.

This classical palace built in 1702 offers a great mix of architectural beauty and stunning gardens just outside of Bucharest. The palace is surrounded by large, manicured gardens and an attractive lake, making a great spot for an afternoon visit while staying in Bucharest. 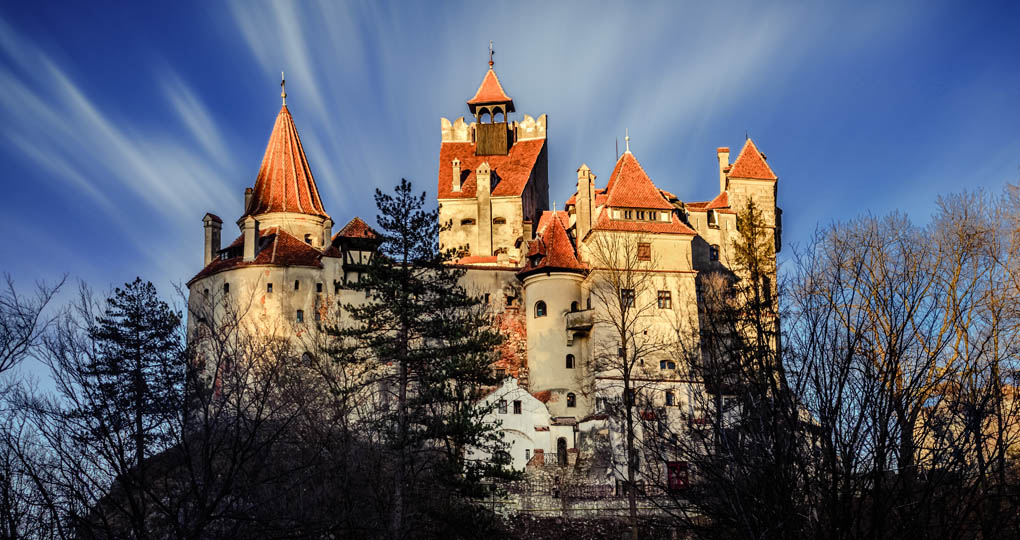 This mountaintop castle in Transylvania is often referred to as Dracula’s Castle, even though Vlad Tepes (the inspiration of Dracula) may never have even stayed here. But just because the historical connections to the real-life Dracula are tenuous doesn’t mean that the castle doesn’t look the part. Perched on a hilltop peak against a backdrop of thick forest, the castle cuts a striking image. The castle is home to a museum charting the life of Queen Marie. But it’s worth a trip just to see the imposing exterior, especially if you’re enamoured of tales of vampires.

Once one of the oldest salt mines in the world, today, Turda Salt Mines in Transylvania is home to an amusement park that has an amphitheatre, bowling alley, Ferris wheel, mini golf, and underground lake that you can hire a paddle boat on. The amusement park is a great option for family travellers and a fun way to break up a journey through Transylvania.

This brand-new hotel located near the Fagaras Mountains offers travellers the chance to stay in eccentrically-themed rooms in a building carved out of massive ice blocks from Balea Lake. The hotel is quickly becoming one of the nation’s most popular hotels. If you’re visiting in the winter, consider spending a night here. It’ll be an experience you never forget.

For motor enthusiasts, the Transfagarasan—which is also known as Ceausescu's Folly—is considered one of the most spectacular roads in the world. Commissioned by Nicolae Ceausescu and built between 1970 and 1974, the road is roughly 90km/56mi long and has more tunnels and viaducts than any other road in Romania. Six thousand tonnes of dynamite were used to clear a path for the road on the northern side of the mountains and 40 soldiers apparently lost their lives during construction (with many claiming losses were in the hundreds). Today, the road offers a spectacular drive, with numerous curves and switchbacks that offer brilliant views throughout. Be sure to ask your driver to stop whenever a magical photo opportunity presents itself—which is virtually every two minutes. 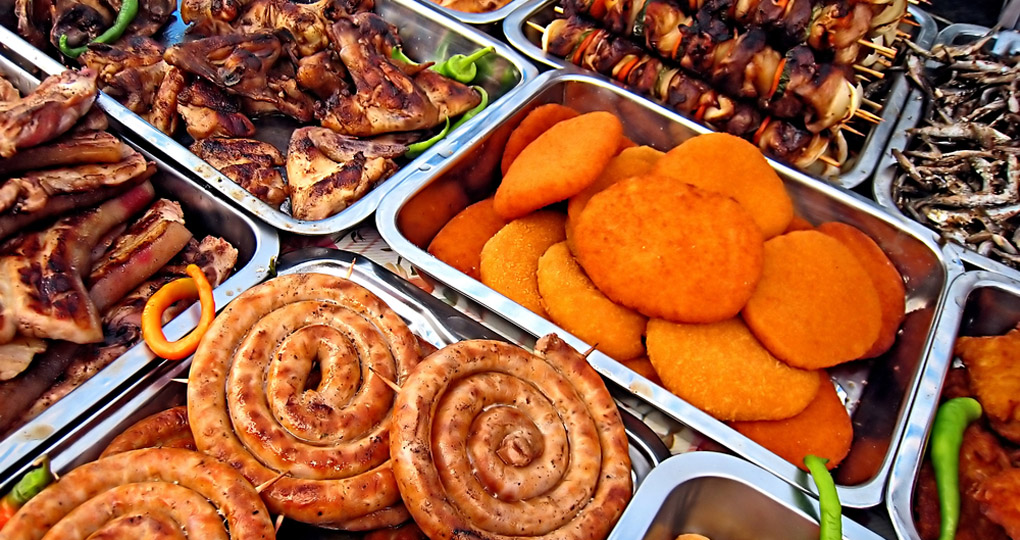 These cabbage rolls are stuffed with spiced pork and rice and are often considered the national dish. Sarmales are served at most holidays and celebrations, including weddings or during the winter holidays.

These minced meat rolls are called “mici,” which literally means “small ones,” referring to their being the size of a finger when finished. Typically made out of minced pork and beef mixed with various spices, mici are popular in both homes and restaurants, or even as street food. They’re often grilled and served juicy and crisp alongside hot mustard and crunchy bread.

This northern dessert is essentially a donut stuffed with cheese such as urda and fried, then served with sour cream and sour jams. Papanasi are known for being sweet and sour, with a hefty calorie load. It’s a worthwhile way to ruin a diet. 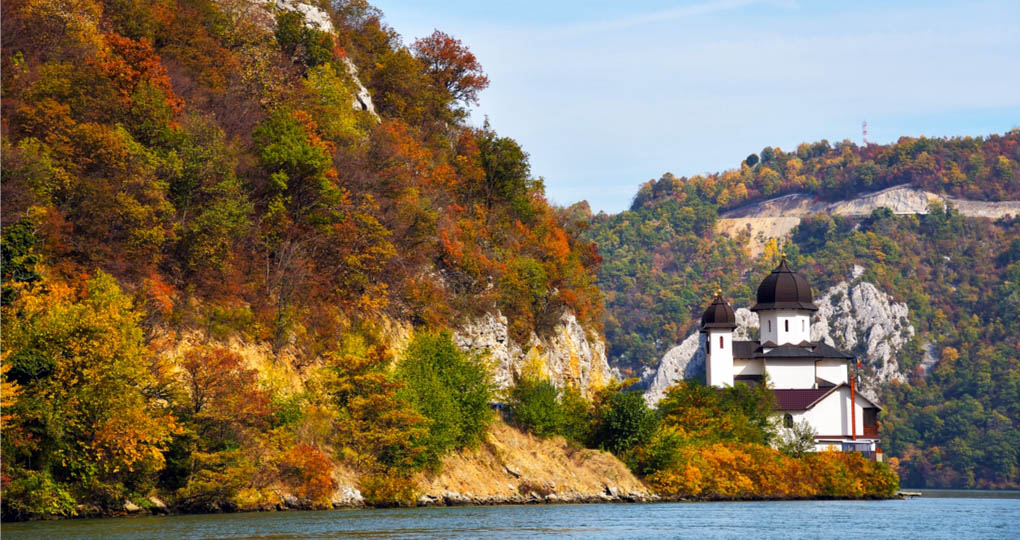 Romania has only recently prioritized sustainable travel within its tourism industry. Thus, with its limited travel options and emerging infrastructure, the country doesn’t have the same focus on green energy or carbon-neutral travel options as other parts of Europe. That being said, Romanian cities have reliable public transportation systems that let you reduce your carbon footprint while visiting. As well, the country is interconnected by trains, making for a sustainable means of getting from city to city. When you visit the countryside, be sure to avoid picking wildflowers or straying off trails to disturb natural environments. Respect traditions in smaller villages and avoid purchasing animal products in smaller markets.

Romania is connected to several other countries by a large rail network. You can ride into Hungary, Serbia, or Moldova, or cross the border into Ukraine. That being said, the rail infrastructure is relatively poor when compared to other parts of Europe, so train travel takes longer than usual. There are also low-cost airlines that can take you into other parts of Eastern Europe and the Balkans.

Most Popular Itineraries for Romania

Highlights of Bucharest & Brasov is a great introduction to this Eastern European nation, taking travellers from the capital Bucharest to Transylvania to explore medieval history and tour Bran Castle at night. Bucharest Spotlight focuses on the fascinating history of the capital and explores castles of the Royal Family, as well as the life of the former dictator Nicolae Ceausescu. Best of Romania is a private tour across the most popular parts of the country, including Bucharest, Transylvania, and Cluj-Napoca.

Highlights of Bucharest and Brasov

FIRST-CLASS | PRIVATE-GUIDED: On this delightful week in Romania you'll discover the country's history, travel along one of the world's most scenic roads, visit stunning Sighisoara, and - saving the best for last - enjoy a private tour of Bran Castle by night including dinner and wine.

FIRST-CLASS | PRIVATE-GUIDED: Discover Romania’s expanding capital and quintessential slices of Romania’s past (with a dash of Bulgaria) on this privately-guided week-long tour. You’ll leave the tourist trails behind as you learn about dictator Nicolae Ceausescu and explore castles built by the Romanian Royal Family.

DELUXE | PRIVATE-GUIDED: Discover the very best of Romania on this private-guided adventure taking you through Bucharest, Brasov and Cluj. Along the way you'll tour the winding Transfagarasan road, dine privately in Bran Castle, visit the Turda Salt Mine and so much more.