The official currency in Vietnam is the Vietnamese Dong (VND). You can find ATMs throughout the country and major credit cards are accepted at large hotels and tourist areas.

Vietnamese is the official language spoken across the country. However, in many major cities and tourist areas, you will encounter people who can speak English. Learning some common Vietnamese words prior to travel is welcomed by locals and will help bridge some communication gaps.

The climate in Vietnam is generally tropical and dominated by the monsoon season. Throughout the year, temperatures range between 21°C to 35°C. The north experiences four distinct seasons, but the south only experiences two seasons. Winters are typically cold, dry, and sunny where temperatures hover around 17–22°C, while summers are hot, humid, and rainy.

Given its long history of war and colonialism, it’s easy to understand why history buffs flock to Vietnam. However, those interested in its fascinating and exquisite food will also be impressed with the country. Whether you’re looking to dive into their amazing food culture or simply cruising along the river in the Mekong Delta or on Halong Bay, Vietnam is just waiting to be explored. 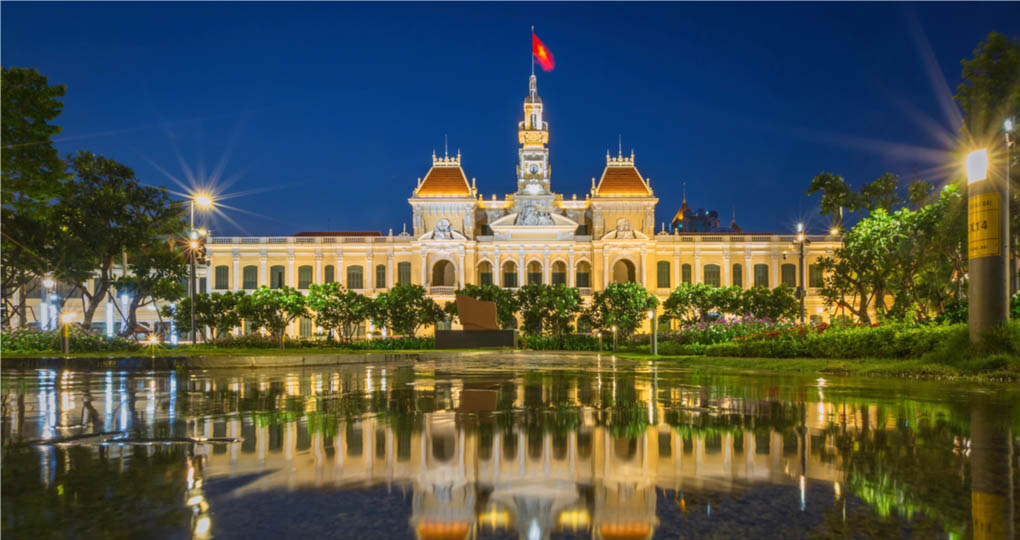 Major Routes from Canada and the United States 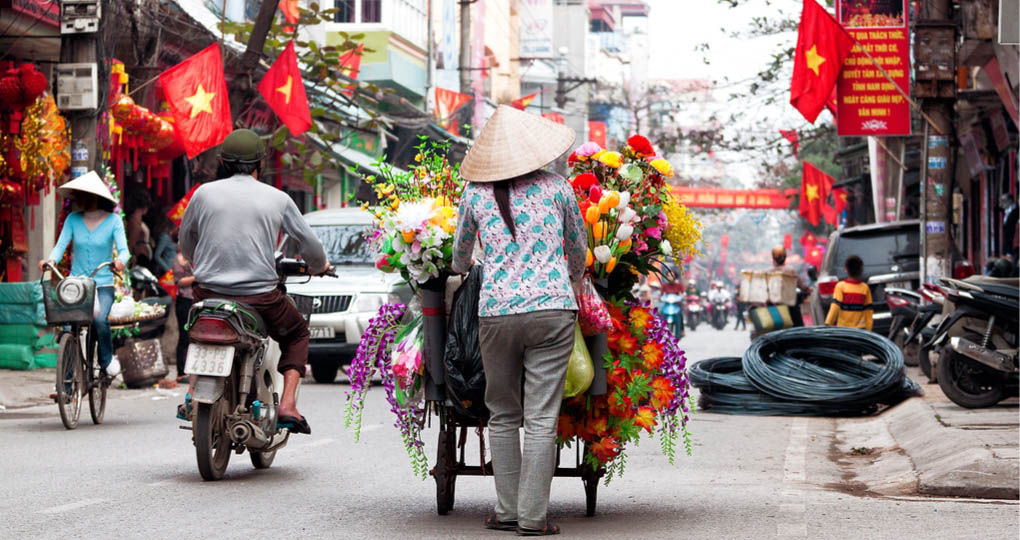 A coastal city in Central Vietnam that’s known for its preserved heritage houses located in the Old Town, which is a UNESCO World Heritage Site. A former port city, Hoi An showcases many Chinese, Japanese, and French architectural influences, which can be seen throughout the city as sites like the Japanese Covered Bridge. Sun worshippers looking for a break from the bigger cities will want to check out the white sand of An Bang Beach.

Located on the shores of the Red River, this ancient city in the north is the capital of Vietnam.  It’s rich in centuries-old architecture and cultural influences from Southeast Asia, China, France, and Russia. The city is home to the final resting place of Ho Chi Minh, the iconic leader of former North Vietnam, whose mausoleum is typically closed in October as remains are sent to Russia for maintenance. Hanoi is a great city to explore on foot and see sites such as the Imperial Citadel of Thang Long, the Perfume Pagoda, and the fascinating Old Quarter. Nature lovers will want to sit back and relax along Hoan Kiem Lake (Turtle Lake), a popular hangout spot where locals enjoy Tai Chi and home to Ngoc Son Temple, located in the middle of the park.

Vietnam’s starting point for Halong Bay, home to 1,600 limestone islands and islets. With stunning views, you can take a boat ride around the bay or spend time on land shopping or sunbathing.

In Southern Vietnam lies this vast maze of rivers, swamps, and islands. A day or two along the river delta will bring you to Khmer pagodas, floating markets, rice paddies, and remote villages. A cruise is a great way to see the tropical scenery and interact with the region’s friendly people.

This city in Central Vietnam used to be the seat of the Nguyen Dynasty emperors. Spend an afternoon walking along the Perfume River, one of the most famous waterways in Vietnam.  History buffs will love this charming town for its historic monuments, such as the UNESCO-listed Complex of Hue Monuments, which includes Hue Citadel and the Forbidden Purple City.

Other Highlights of Vietnam Off the Beaten Path 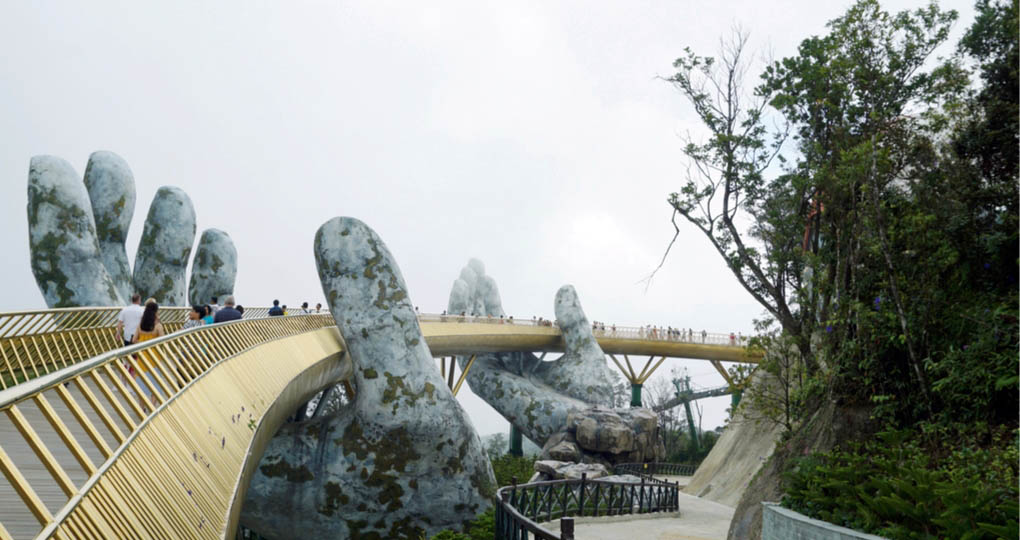 In Vietnam’s iconic Ba Na Hills, located high above the clouds 35km southeast of Da Nang, stretches the Golden Bridge, a 150m-long pedestrian bridge. The construction of the ancient-looking hands provides the base for the suspension bridge, making it appear as if the hands are holding the bridge up.

Situated 315km northwest of Hanoi close to the Chinese border lies this rural mountain market town. Surrounded by rice terraces, lush vegetation, and French colonial buildings, Sapa is a great addition to any Vietnam travel itinerary. It's an ideal spot for hikers, foodies, and anyone who likes to travel off the beaten path.

Ninh Binh sits along the Red River Delta of Northern Vietnam. The area is known as “Halong Bay on the Land’ as there are hundreds of limestone monoliths all over the region with rivers flowing through them.

A Vietnamese island off the coast of Cambodia known for its white-sand beaches lined with palm trees. Phu Quoc is a true idyllic getaway for those looking to add an island escape to their Vietnam trip. Most of the island is part of Phu Quoc National Park, a dense tropical jungle with mountains, hiking trails, and wildlife.

Top Activities and Experiences in Vietnam 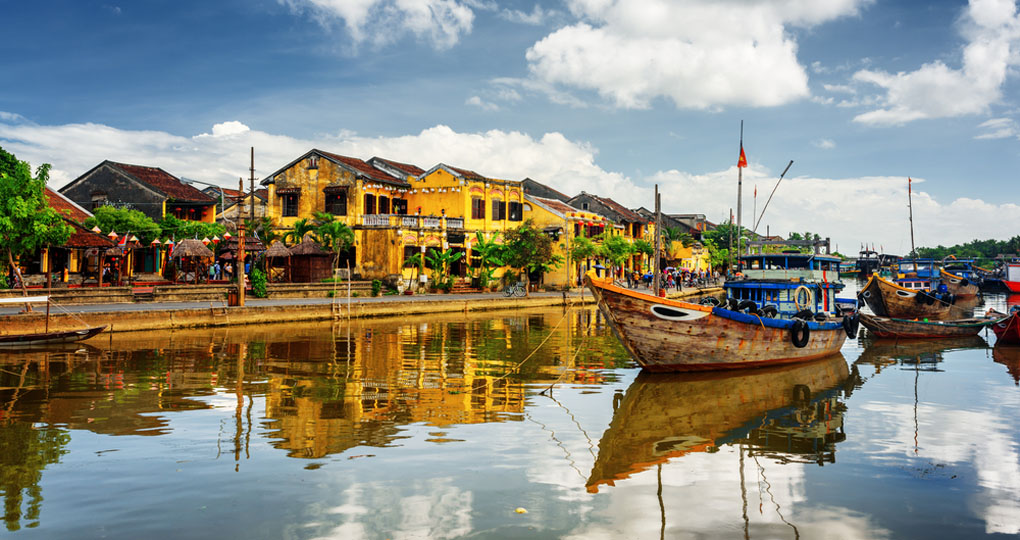 Whether it’s your first or fifth time to Vietnam, there is nothing quite like waking up on Halong Bay. Travellers can take a 2 or 3-day cruise around the islands by traditional junk boat or sail around on a luxury cruise, taking in the emerald waters and expansive karst mountains.

Hoi An Market and Cooking Class

Tight alleyways, hidden gems, and some of the world’s best street food can be found in Hanoi’s Old Quarter. Hop on a private cyclo and take to the streets to explore the ancient water wells, street food stalls, and shops.

The Chu Chi Tunnels near Ho Chi Minh offer visitors an up close and sombre look at the underground life of Vietnamese soldiers during the Vietnam War (known as the American War in Vietnam). History buffs should also check out the military hardware on display at the War Remnants Museum and see the Reunification Palace in Ho Chi Minh City. Other sites of interest include the Imperial Citadel in Hue and the Hoa Lo Prison in Hanoi.

Drive along the picturesque Hai Van Pass, a 20km mountain pass that connects the city of Da Nang and Lang Co in Hue Province. The views of the ocean and white sand beaches from the pass cannot be overstated. High above Da Nang sits the peaks of the Ba Na Hills. Take a day trip and explore the forests, countryside, and the famous Golden Bridge, which is held up by its giant stone hands.

Explore Vietnam’s lively Mekong Delta on a day trip or overnight cruise. Sail through the many networks of canals and enjoy the colourful markets, welcoming villages, picturesque pagodas, and lush scenic landscapes. 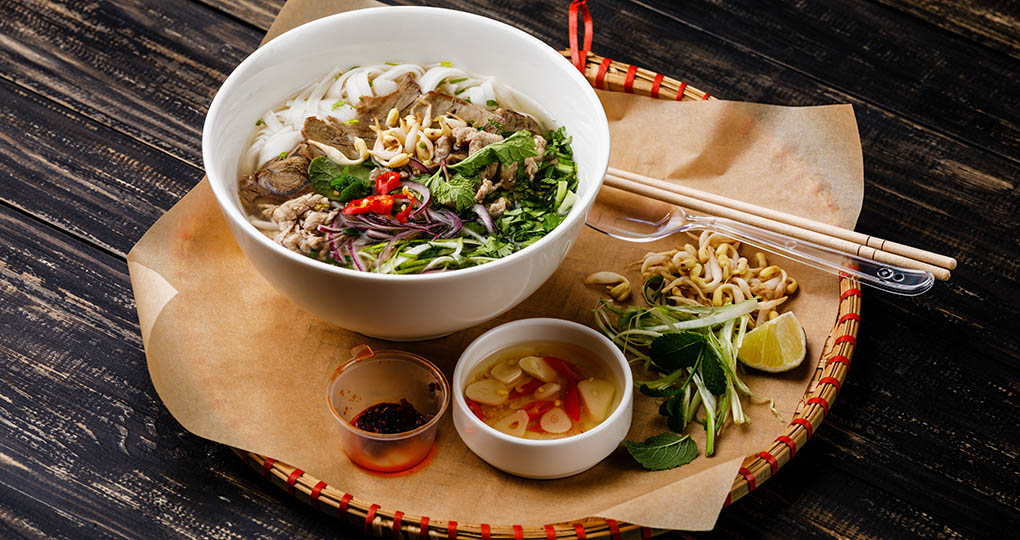 The most famous of all Vietnamese dishes consists of a salty bone broth, fresh rice noodles, and lots of herbs. Traditionally a breakfast dish, you can add tofu, chicken, beef or chilli and hoisin to taste.

This Vietnamese sub sandwich incorporates French influences and consists of a French baguette topped with meat such as lemongrass pork or minced meatballs, pickled carrots, cilantro, chilies, and sauce such as Maggi. Banh Mi is perfect for a snack, lunch or dinner. You’ll easily find Banh Mi at street food stalls throughout Vietnam.

Probably the most famous street food in Vietnam, this savoury pancake is made with rice flour and coconut milk with turmeric. You can also add fresh vegetables and meats such as pork. It’s served with a savoury dip. 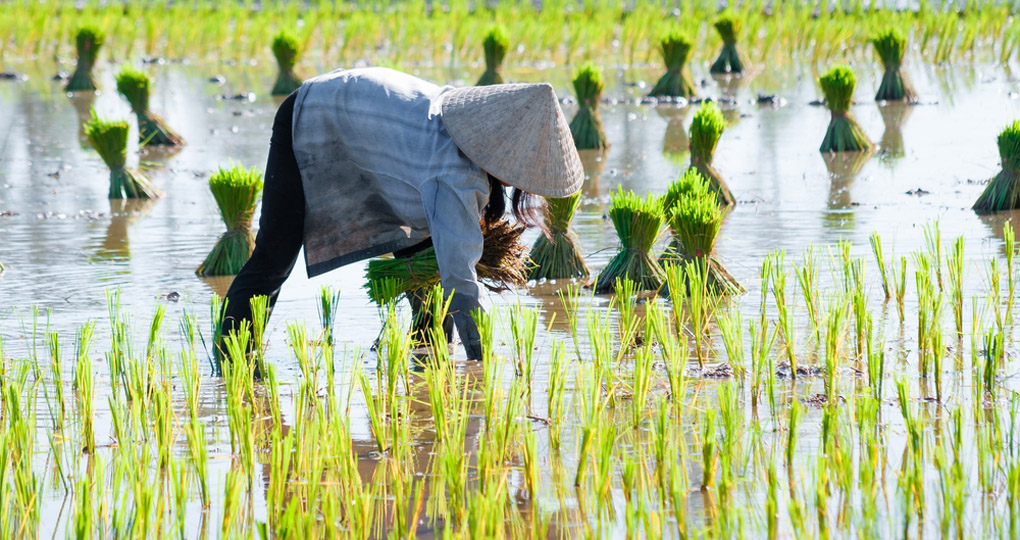 Bring a refillable water bottle if possible. Tap water is not safe to drink, but many places will have filtered water that you can fill your bottle with rather than purchasing bottled water. It’s a good idea to also bring your own reusable or bamboo straws to avoid the use of plastic straws when ordering drinks. If you’re looking to join a tour that includes animals, ensure they treat the animals ethically and do not include riding or sedating animals for the purpose of photo opportunities. Out of respect for the hardships of the past, it’s also best to avoid discussing topics like war unless you’re on a tour.

With many airlines flying directly to and from Vietnam, adding another destination during your travel is easy. If you’d like to experience more of Southeast Asia's religious monuments and culture, Bangkok, Phnom Penh, and Siem Reap are great options. Hong Kong, Tokyo, and Shanghai are also options to add on a city break. Consider visiting Dubai or Doha to spend a few days in the glamorous Middle East.

Most Popular Itineraries for Vietnam

FIRST-CLASS | PRIVATE-GUIDED: Experience the essential highlights of Vietnam. Travelling north to south, you’ll explore the colonial avenues of Hanoi, cruise beautiful Halong Bay, see imperial treasures in Hue, relax on the beach in Hoi An, and learn about the history of the Vietnam War in Hoi Chi Minh City.