Sometimes you travel to meet people. Sure, it can be fellow travellers, either those on your same tour group or people you meet at a hostel or a bar, but the personal encounters with locals are the ones we really remember.

The following destinations are some of the best in the world to have these sorts of cultural encounters. Not only are all these countries culturally unique, but they’re also home to long traditions that are deeply felt today. Furthermore, many of them have proud Indigenous cultures with thousands of years of history behind them. If you love to travel to meet people and experience the world through another person’s eyes, these are the places to go.

What are the best destinations for cultural encounters? 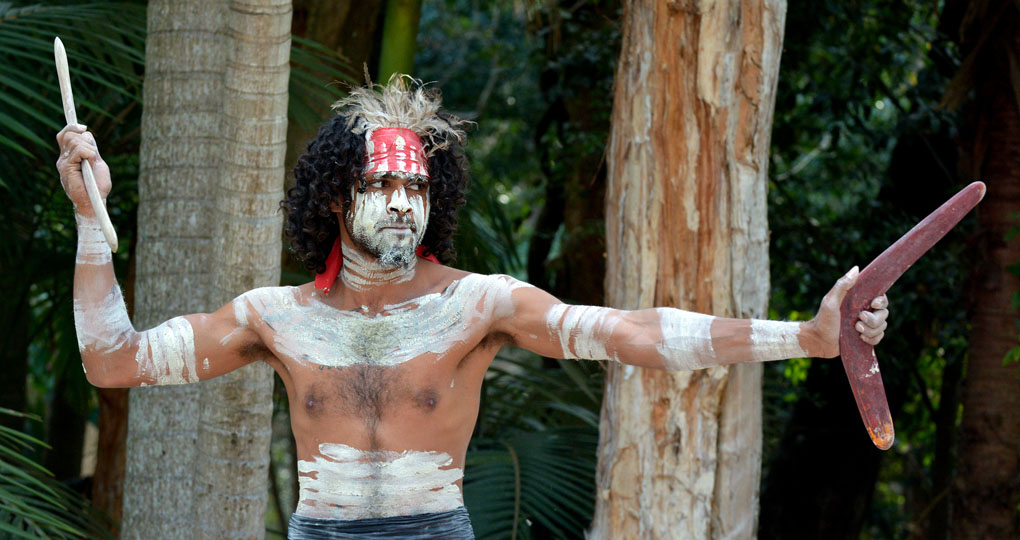 Australia is a great cultural destination for two main reasons. One is that it’s one of the most appealing modern countries on the planet, with large cities like Sydney and Melbourne that are great places to meet people in bars and restaurants or at the beach. By even more importantly, Australia is home to some of the oldest civilizations on the planet. There are tribes of Indigenous Australians that have lived on this land for tens of thousands of years. If you head into Kakadu National Park, you can meet the caretakers of the land and learn about the people that came millennia before at rock art sites. At Uluru/Ayers Rock, you can join an Aboriginal guide for a journey through the history of the Red Centre and come to understand the traditions of the Dreamtime that still shape life today. And in the rainforest of Northern Queensland, you can head to Kuranda to join some Indigenous Australian guides and learn some traditional skills like playing the didgeridoo and throwing a boomerang. 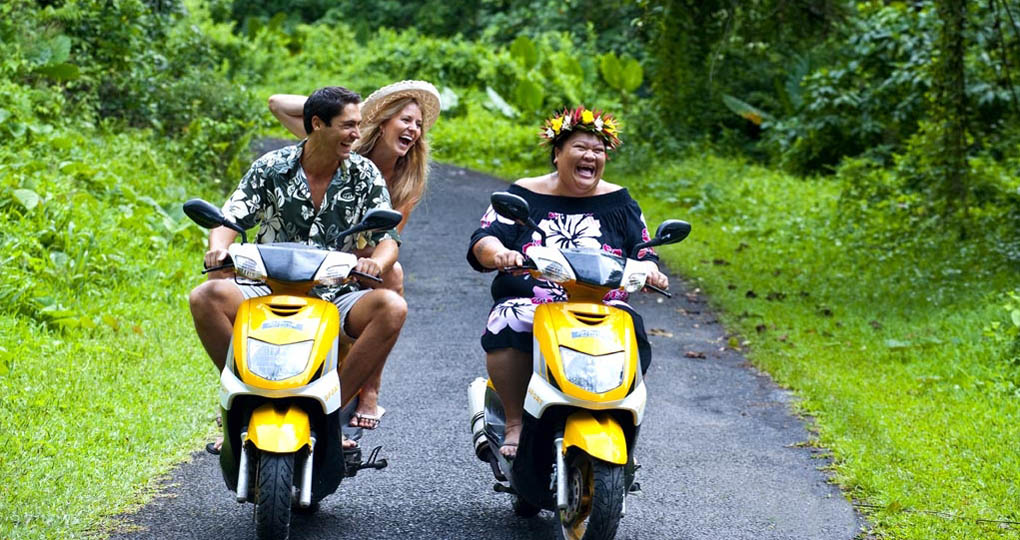 It’s impossible to travel to the Cook Islands and not adjust your rhythms to island time. That’s because this is an island nation that moves completely to its own pace. There are no buildings taller than palm trees, no street lights directing traffic, and no stores open on Sundays when people congregate at churches to worship and celebrate together. As well, there’s no being a stranger in the Cooks. Whether you’re staying at a small resort along the coastline or journeying along the ring road on a scooter, you’re going to meet people and get to know the Polynesian people that call these South Pacific islands home. Cook Islanders are famously friendly so don’t be surprised if you’re invited over for dinner or to join a barbeque on the beach. Even if you stick to the resort, you’re going to have the sorts of quiet encounters with people that reshape your understanding of the world and help you to appreciate life a little more. 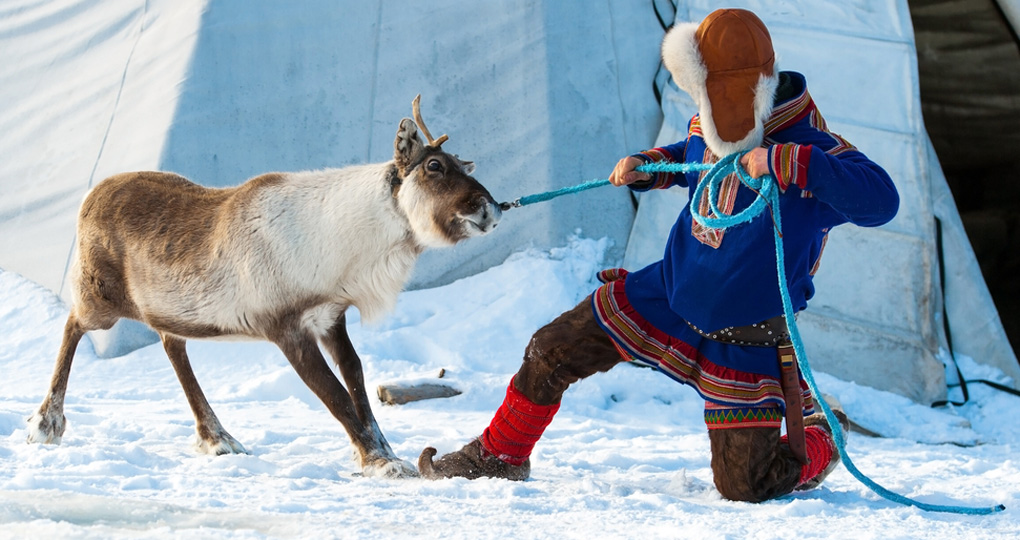 Like some other countries on this list, Finland is a great place to get to know people both in the cities and in the rural regions. In the capital Helsinki, you can frequent some of the famous shops and galleries of the Design District to learn about Finnish art and bond with fellow admirers. The city’s cafe and bar culture is also amenable to chats with new friends. But it’s in the far north in Finnish Lapland where you’ll get to encounter the Sami people, the only remaining Indigenous people in the European Union. Sami life is centred on the reindeer herds that migrate throughout the far north, so understand that this is a people deeply connected to the natural world. Thus, whether you’re learning to dogsled, warming up around a campfire, or spotting the Northern Lights dancing across the winter sky, you’re going to find opportunities to chat with people and learn about their lives and heritage. Even more importantly, you’re going to experience a taste of their way of seeing the world, which is what travel is all about. 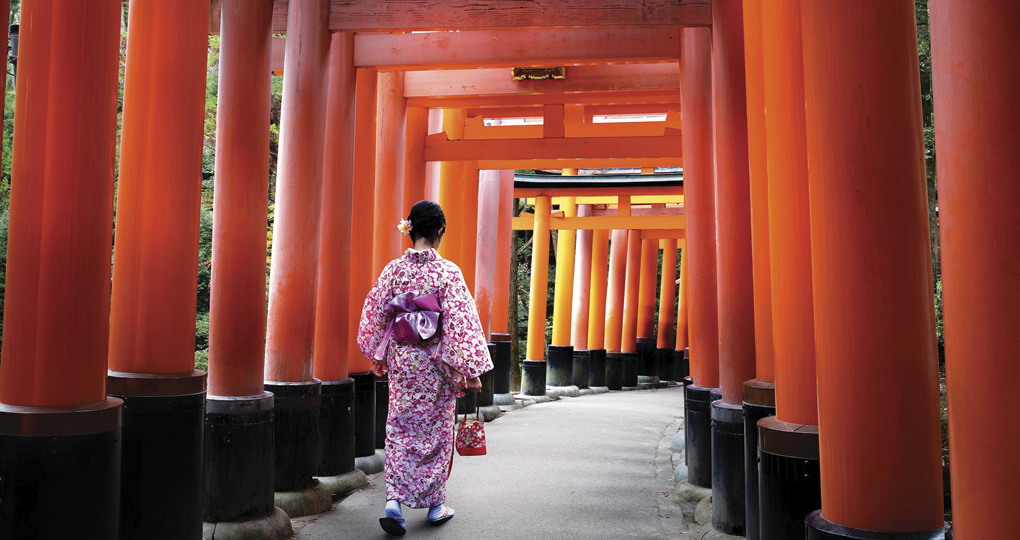 Few countries let you deep dive into culture quite like Japan. When you first leave the train station in Tokyo, you’ll be greeted by neon lights, tall buildings, and massive crowds of people. Don’t get overwhelmed: the crowds only mean lots of opportunities to get to know people. While it’s true that Japanese people are famously discreet, they’re also unendingly polite and accommodating, which means that they’re ready to help you experience their culture so long as you are earnest in your interests and polite as well. If you hit up some of the izakaya, sushi bars, and sake joints in the cities like Tokyo and Osaka, you’ll experience a crash course in new cultural customs and may even make some new friends as the Japanese love to let down their guard and open up over drinks. Furthermore, once you leave the neon lights behind and head to smaller towns, you’ll have a chance to stay at ryokan, bathe in onsen, and eat and sleep like a Japanese person from centuries ago. Soon enough, you’ll be bowing to neighbours, kneeling on tatami mats while eating a kaiseki dinner, and joining some new friends for some karaoke at the local bar. 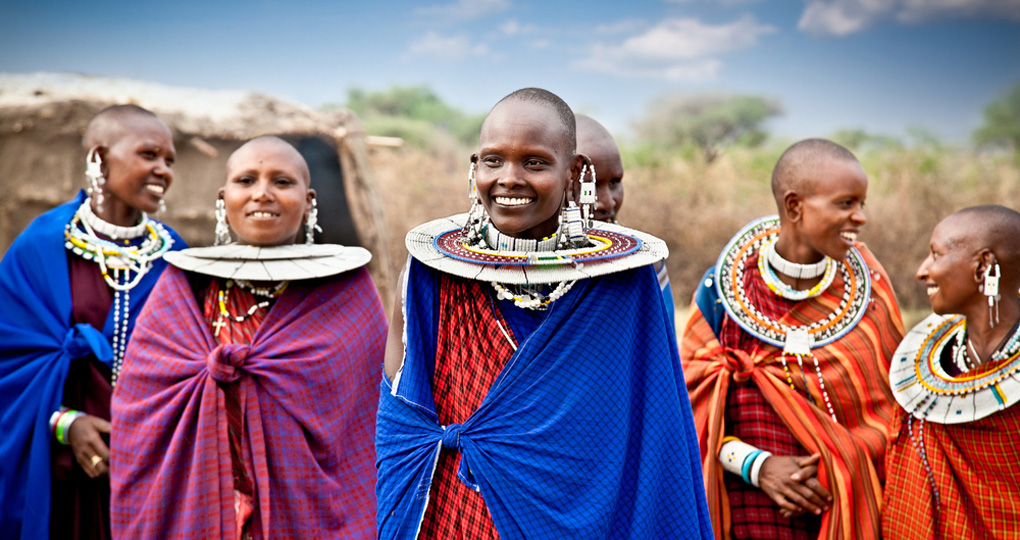 Most travellers are drawn to Kenya by the beautiful game reserves and the chance to spot lions and elephants in the natural habitat. But people are also enchanted by the romantic images of the Masai people, who gracefully live on the land and continue ages old traditions in a rapidly-changing world. If you’re heading on safari in Kenya, you’ll likely have the chance to visit a Masai village or two and meet some of the local people that are so famous around the world. You may be able to take part in a jumping challenge as a form of greeting, buy some local arts and crafts, and learn a bit about their way of life that stays connected to the land and the animals that are so beloved around the world. In Nairobi, you’ll experience a different kind of cultural encounter at restaurants and landmarks. Also, if you’re brave enough to ride in a matatu (a taxi bus unique to Nairobi), you’ll have the quintessential Nairobi experience and share the often eccentrically-decorated bus with other riders getting around town. 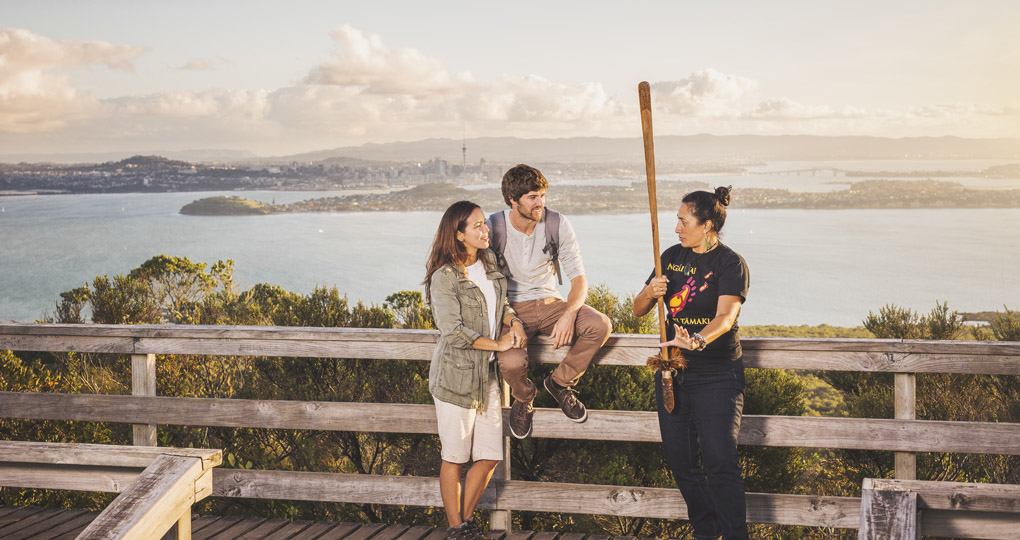 Few peoples put on more lively or fun cultural displays than the Maori people of New Zealand, who greet visitors with a famous haka dance or share a hangi feast with new friends around the fire. New Zealanders are friendly across the country, whether you’re sharing a moment with a fellow hiker in the Bay of Islands or chatting up a neighbouring table at a restaurant in Wellington. But it’s the Maori cultural encounters that make the deepest impressions. If you visit Rotorua, you can break up visits to geothermal hotspots with a deep dive into Maori culture at Whakarewarewa, the only living Maori village in the country. If you’ve ever wanted to learn to do the haka, dine on a hangi, and share a laugh with some new friends from halfway across the world, you can do it at this village of the Tūhourangi Ngāti Wāhiao people, who have been sharing their culture for over 200 years. 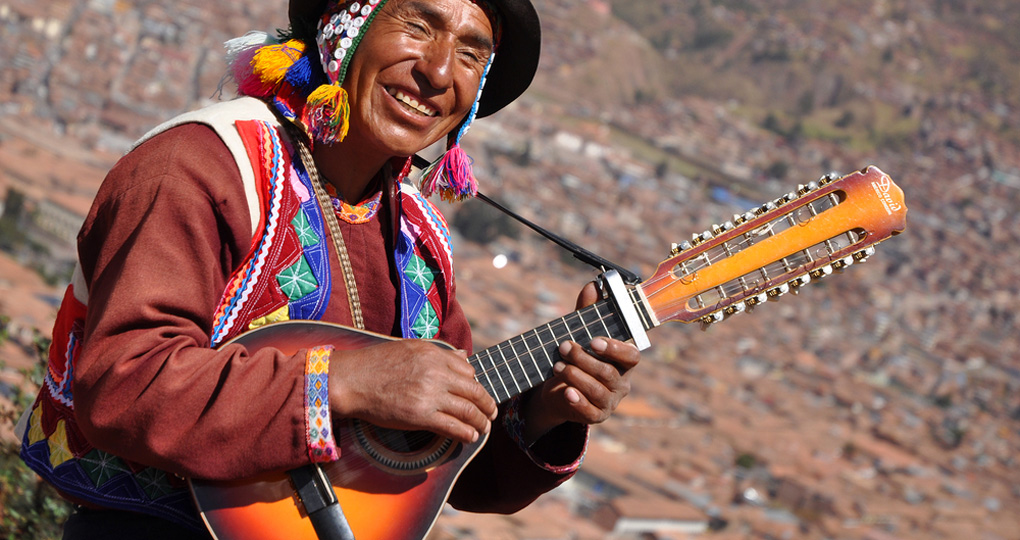 Like so many fascinating countries in the world, Peru offers a chance to experience two sides of a cultural history. In Lima and other cities, you’ll engage with colonial Peru and have the chance to meet descendents of the many settlers that came to Peru in search of a better life, whether colonial settlers from Spain or more recent immigrants from China and Japan. But once you get into the Andes Mountains, you’ll also have a chance to engage with the Quechua people, who keep alive the language of the Incas and whose agricultural lifestyle predates the rise and fall of the mighty Inca Empire. If you choose to hike the Inca Trail, odds are that your guide will be Quechua, giving you several days to get to know this Indigenous culture and learn about their long-lasting ways of life. And when you tour places like Machu Picchu and Ollantaytambo, the past can feel so alive that it almost seems as if you’re meeting those people who came centuries before. 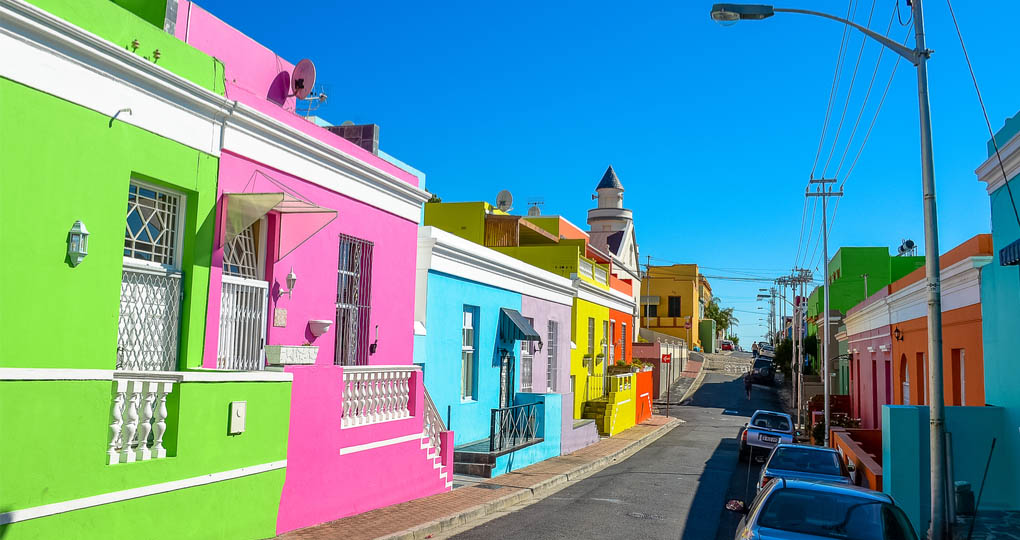 There’s a reason South Africa is called the Rainbow Nation. The South African people have endured a hard history, but the nation is finally living into its diverse heritage and uniting around the idea of sharing this beautiful landscape. In South Africa, you can engage with so many different cultures within one national border. In Cape Town, you can delve into the Southeast Asian heritage of Bo-Kaap, where the descendents of Indonesian and Malaysian slaves have created one of South Africa’s most celebrated and colourful food and art scenes. In Johannesburg, you can visit the townships and get to know the people who keep a passionate culture alive despite the hardships of poverty and violence. And in the reaches of KwaZulu-Natal, you can get to know the Zulu people who predated the European settlers and whose name remains synonymous with pride and virtue. Few countries offer so profound an opportunity to meet with others and have your perspective of the world broaden so dramatically.

Immerse yourself in the unforgettable culture of the Indigenous peoples of Australia on this tour of the Northern Territory. Passing from Uluru to Alice Springs to Kakadu National Park, you'll experience breathtaking sunsets and sunrises in the Outback, see incredible desert animals, and learn about thousands of years of Australian tradition.

DELUXE | ESCORTED COACH TOUR: Ring in the New Year in Finnish Lapland, on the cusp of the Arctic Circle. Travel through a wintery landscape, see the Northern Lights dance across the night sky, visit the Santa Claus Village, and countdown to midnight in the midst of a winter party, where fireworks and disco balls light up the frozen landscape.