The Nicaraguan Cordoba (NIO) is the official currency of Nicaragua, but American dollars are also accepted throughout the country. Credit cards such as Visa and Mastercard are commonly accepted. ATMs are easy to find, but it’s best to use ones inside of malls and airports for security purposes.

Nicaragua’s official language is Spanish, although in the Caribbean region of the country they also speak Indigenous languages and some English. Don’t expect locals to speak English apart from tourism professionals, so knowing a few phrases in Spanish is helpful.

Nicaragua is located between the equator and the Tropic of Cancer and, as such, the temperature varies little throughout the year. Average daytime highs sit around 32°C/90°F while average lows are around 20°C/68°F. The best time to visit Nicaragua is during the dry season, between December and April, as the weather is warm and there’s not much rain.

The country is divided into three regions: the Pacific Coast, inland, and the Caribbean Coast. The Pacific Coast is hotter and has a dry season from December to April, while the Caribbean Coast is more humid and has rainfall year-round. In Managua, the dry season runs from December to April and is very pronounced, so much so that it almost never rains. Average temperatures on both the Pacific and Caribbean lie between 22°C/72°F and 30°C/86°F.

Nicaragua is great for travellers that love to explore off the popular tourist trails and enjoy nature. Like most Central American countries, Nicaragua is blessed with lush nature, unspoiled beaches, and many volcanoes. The country is also popular with surfers and people who want to get in touch with traditional Indigenous communities. 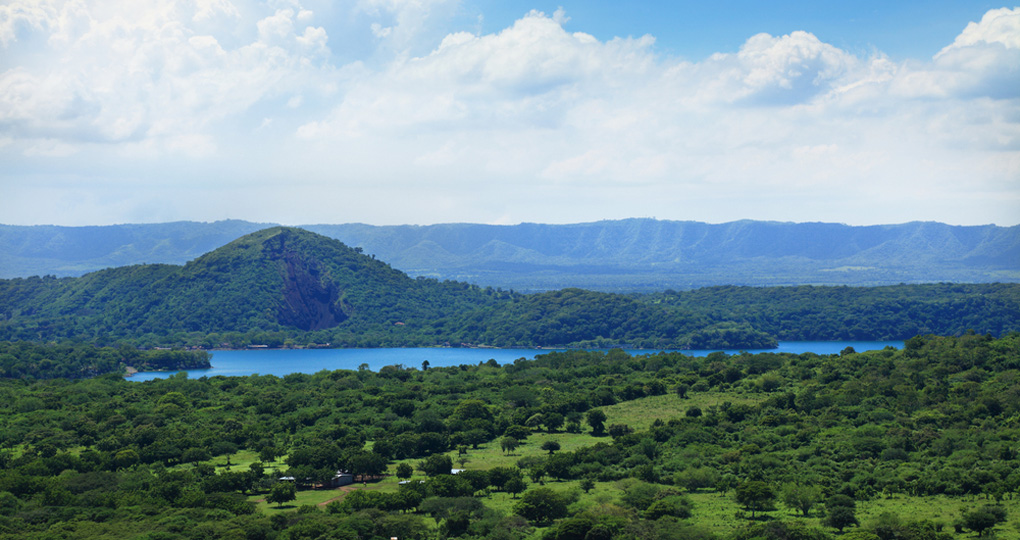 Nicaragua has only one international airport, Augusto Cesar Sandino International Airport (MGA), which is located in Managua.

There are direct flights from Fort Lauderdale Airport (FLL) to Managua. Any other major hub in the United States will have at least one stop before arriving in Nicaragua.

There are no direct flights from Canada. Vancouver has the best connection through Mexico. But if you manage to fly on Tuesday from Toronto to El Salvador, stay the night at the airport and fly the next day (Wednesday) with Avianca, you’ll have a shorter flight. Montreal also offers flights with at least one stop. 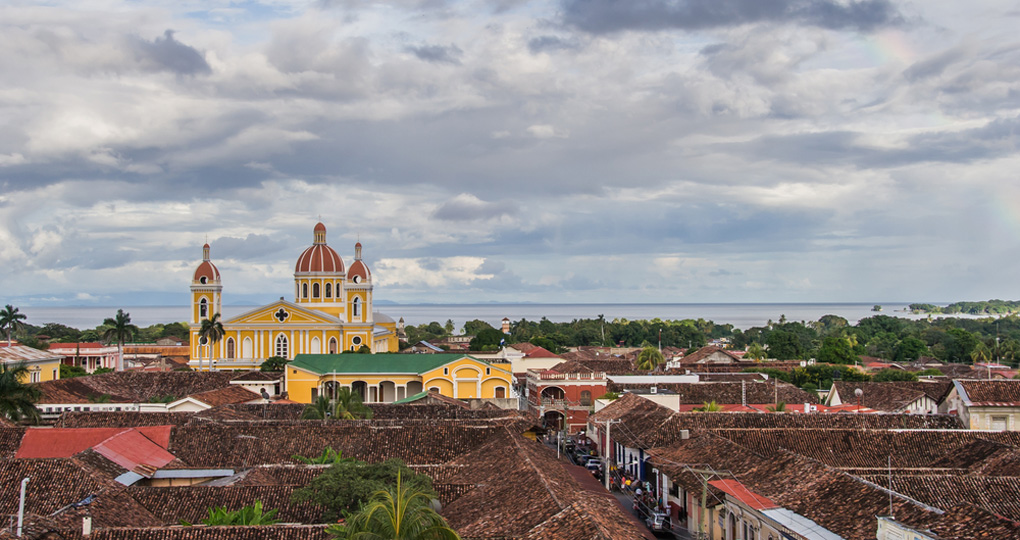 Granada is one of the largest cities in Nicaragua, only 40km/25mi from Managua. It was the first major European city on the continent and was named after the Spanish city of Granada. Thus, it has Spanish colonial influences in its architecture and was the site of many battles between France, England, and the United States during the colonial era. It has picturesque plazas, stunning churches such as San Francisco Church and La Merced Church, and old landmarks such as the Fortin de San Pablo.

Leon is the second-largest city in Nicaragua and is surrounded by volcanoes such as Momotombo and Cerro Negro, where you can climb and go volcano boarding. Leon was formerly known as Viejo Leon and located about 30km/20 mi east of its present-day location, but was abandoned after a series of earthquakes from volcanic eruptions. Today, Old Leon is a UNESCO World Heritage Site. The city has many churches and cathedrals to see. As well, it’s only 30min to Poneloya Beach.

Matagalpa is a city located deep in the mountainous cloud forests of Nicaragua. It’s a great base for travellers who want to hike through the cloud forest and visit butterfly reserves and frog nurseries. The region is also known for its coffee and offers many tours about the production of coffee.

This coastal town is the most popular surf destination in Nicaragua. It has long, beautiful beaches on the Pacific Coast, such as Maderas Beach, and offers large breaks that are great for surfing. It’s also home to the second-largest statue of Jesus Chris in the world, which overlooks the town from a cliff on the bay.

Other Highlights of Nicaragua Off the Beaten Path 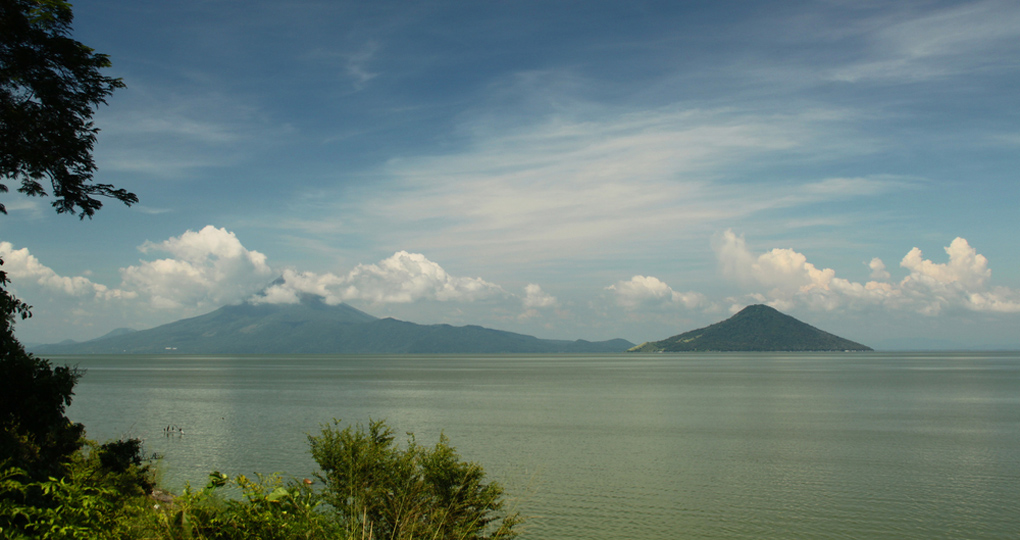 This volcanic island is located on Lago de Nicaragua 128km/80 mi from Managua. It’s known for its two volcanoes, Concepcion and Maderas, and is a great place to go hiking, kayaking, and cycling through the natural environment.

These two islands are located in the Caribbean off the coast of Nicaragaua and are popular island destinations for locals and tourists alike. However, they’re far from the usual North American tourist trails, so they’re great places to escape the crowd. Travellers on the island can go snorkelling and scuba diving in the Caribbean waters or relax on the beach. Island locals speak both Spanish and Island English.

Located in northern Nicaragua, this national park is home to a vast cloud forest that’s perfect for hiking. There are small farms around the municipality of Esteli, while the park has many beautiful rivers and waterfalls to hike alongside.

Top Activities and Experiences in Nicaragua 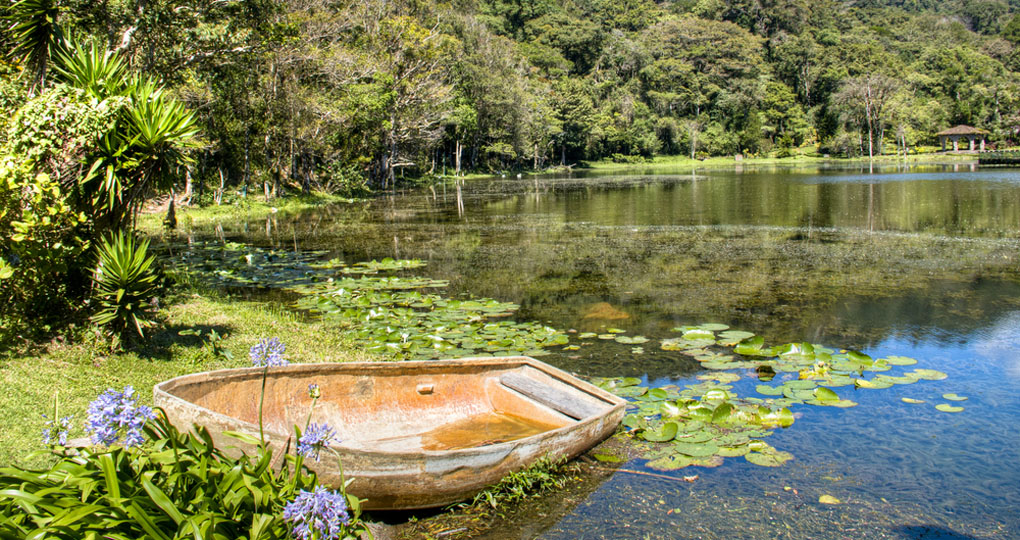 Near Leon, you can find Central America’s youngest volcano, Cerro Negro, which happens to be one of Nicaragua’s most active volcanoes. It’s a popular spot to go volcano boarding, where you slide down the side of the mountain riding the volcanic ash like a wave.

Las Penitas and San Juan del Sur are great places to learn how to surf. The Marina is also the best spot to catch the sunset and the sunrise. Nicaraguans travel to these beaches every weekend but during the week it is almost entirely deserted, so you’ll have it to yourself.

Being such a wild country, there are tons of places to hike around Nicaragua. The best hiking spots are Ometepe Island, Miraflores Cloud Forest, the cliffs of San Juan del Sur, and some of the volcanoes around the country, including Cerro Negro. 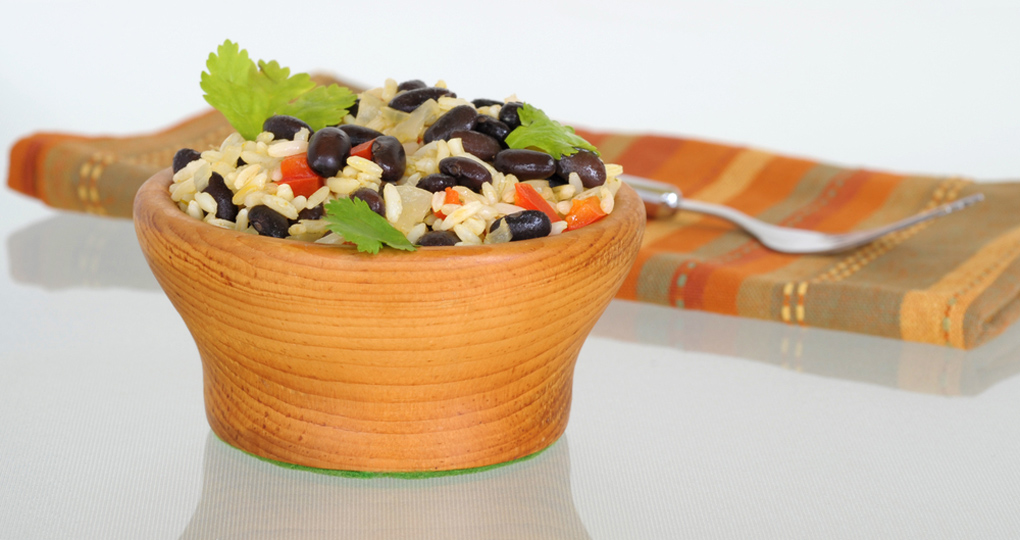 Gallo Pinto is Nicaraguan “bread and butter.” It consists of cooked beans mixed with fried rice and seasoned with chicken broth. It’s served with meat or salad. Gallo Pinto is so popular that you can order it even at McDonald’s. There are also vegetarian versions of this popular dish.

Nicaragua is so heavily influenced by Spanish culture that they even have their own version of the world famous paella valenciana, cooked with ingredients including chicken, raisins, carrots, chorizo, peas, and tomatoes.

Vigoron is a very popular street food of fried pork belly, cabbage salad, and yuca all wrapped up in a banana leaf. It’s also offered as a side dish in restaurants and home meals. 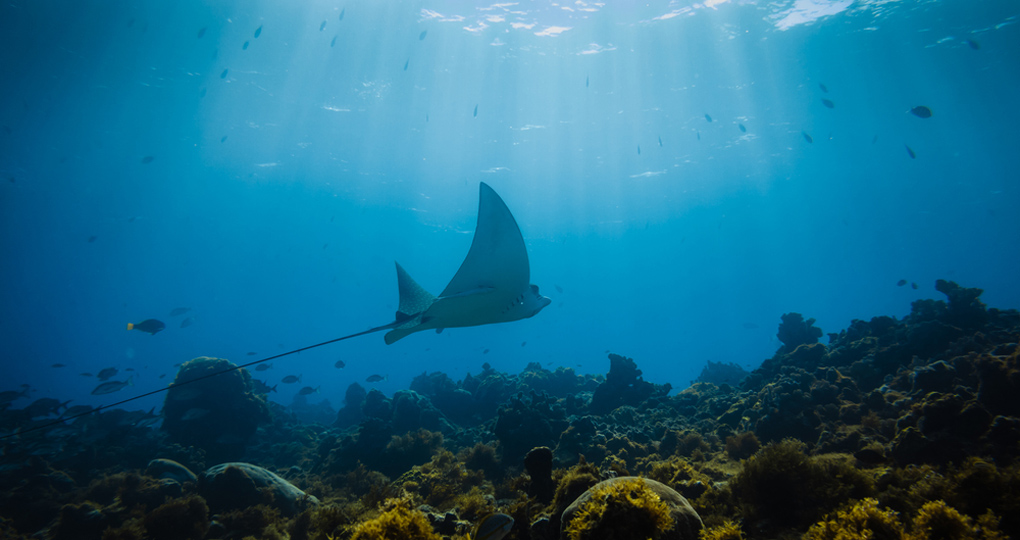 Use eco-friendly products, like bug repellent, sunscreen, and lotions. Avoid using plastic items, bring reusable bottles and bags, and take your own reusable metal/bamboo drinking straw with you. When buying souvenirs, opt for handcrafts—Nicaraguan hammocks are known as the Cadillac of hammocks and are famous worldwide. Avoid buying products made from local animals and plants. Also be sure not to buy dishes made of Garrobo or Iguana, as they are illegally hunted. When hiking through the cloud forests, be sure to respect the trails and take waste with you.

A great way to extend your trip from Nicaragua would be flying down to Costa Rica to explore its volcanoes and cloud forests. If you like Mayan ruins, you can also add on a tour of El Salvador, Guatemala, and Honduras. Nicaragua also makes a good jumping off point for a tour through South America.

Most Popular Itineraries for Nicaragua

A great way to enjoy Nicaragua is with the Best on Nicaragua itinerary, which includes a visit to the major cities like Granada and Leon and the most magnificent volcanoes, islands, cloud forests, and coffee regions.

FIRST-CLASS | PRIVATE-GUIDED: Let the Land of Lakes and Volcanoes enchant you with its spectacular scenery and authentic cultural flavours.