The official language of the Falklands is English, although some inhabitants also speak Spanish. You won’t have communication issues anywhere across the islands.

October to March is the best time to visit the Falklands, as the weather is warm and the winds less powerful. Between December and February, you’re also more likely to see newly-hatched baby penguins.

Since the Falkland Islands are located in the Southern Hemisphere, summer falls from December to March, while winter is June through September. The climate is always a bit chilly, with the warmest month being January, when temperatures average 14°C/57°F. In July, average temperatures dip down to 5°C/42°F. The Falklands are windy and wet, so you’ll need layered clothing with a windproof and waterproof jacket and sturdy walking boots.

Due to their remote location, the Falkland Islands are especially appealing to travellers who want to venture to destinations rarely visited by tourists. History buffs can delve into the history of the islands’ settlement and the Falkland War of 1982. Nature lovers will enjoy the large flocks of birds, including penguins, as well as the rocky, windswept landscape. 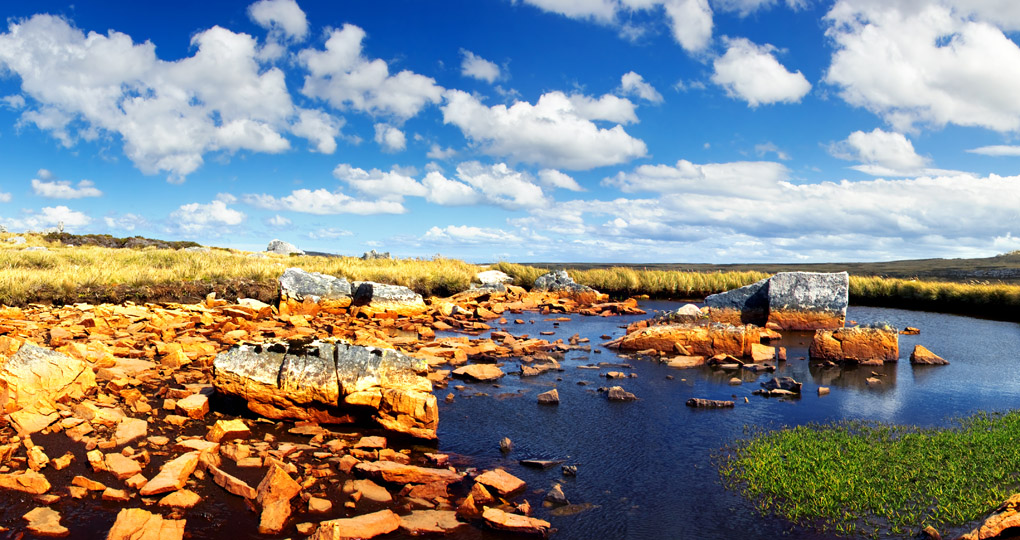 There is only one international airport in the Falklands, the Mount Pleasant Airport (MPN), located in the capital, Stanley. Seeing as the airport is a military airport, it has limited facilities and charges a departure tax of 25 FKP.

Flights from the United States require several connections to reach the Falklands. Travellers can fly nonstop from Miami to Santiago in Chile, and then connect on a domestic flight to Punta Arenas before connecting to Stanley. Travellers can also connect through Sao Paulo in Brazil.

There are no direct flights from Canada to the Falkland Islands. Travellers will have to stopover on route to Chile, and then connect from Santiago to Punta Arenas and finally Stanley in the Falklands.

Essential Sights in the Falkland Islands While not technically a landmark, the plentiful wildlife of the Falkland Islands is the main attraction. There are more than a million penguins across the islands, including gentoo, magellanic, rockhopper, and king penguins. The islands are also a nesting ground for black-browed albatross. Elephant seals and sea lions also live on the coastlines.

In many ways, the capital Stanley represents its British cultural influences, with red phone books, charming inns, and cars on the left side of the road. But it’s very much a remote town, with 3,000 of the islands’ population of 3,200 living within the township. There are historical sites such as the Government House, Historic Dockyard Museum, and 1982 Memorial Wood, which commemorates the people lost during the Falklands War. Stanley is a good base for exploring the rest of the islands.

There are many smaller islands in the Falklands to explore, but the Jason Islands are possibly the most interesting, as they’re the farthest from the main island. You can find rockhopper penguins and black-browed albatrosses here. Pebble Island is home to a sheep farm and is known for having many types of penguins on its beaches. Sea Lion Island is the most southern island in the archipelago and a good spot to see elephant seals, sea lions, and orcas off the shoreline.

Other Highlights of the Falkland Islands Off the Beaten Path 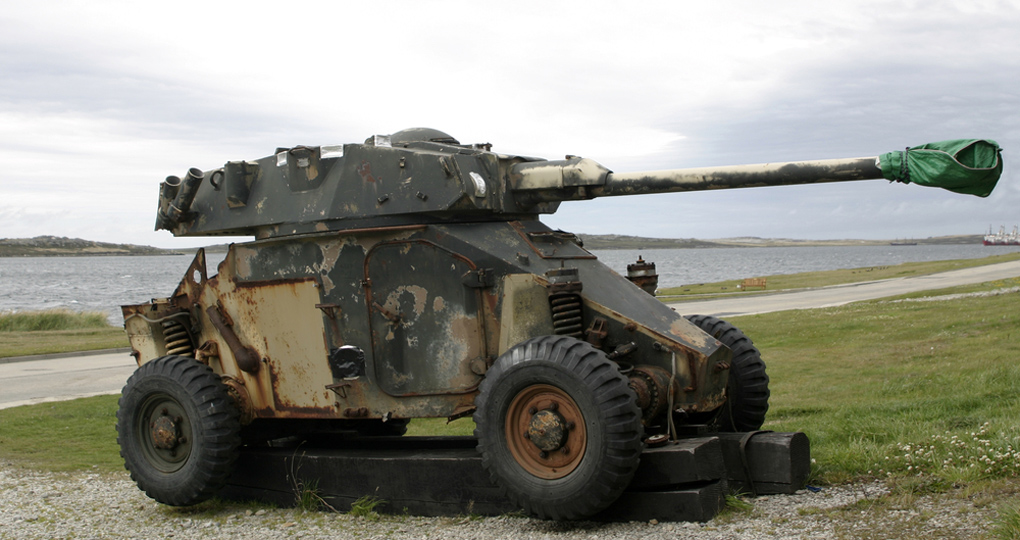 This small centre on the northern part of the main island was a battlefield during the War of 1982. Today, it’s home to a British cemetery and a war museum, making it a good place to learn about this recent conflict and its impact across the islands.

Located on the southern part of the main island, North Arm is one of the largest sheep farms in the Falklands that offers a taste of the rural Falkland experience. It’s also a good base for camping and trekking, as there are many hiking trails in the region.

Located two hours from Stanley by a poorly-maintained road, Volunteer Point is one of the best spots to see king penguins, which are one of the most endangered species in the world. It’s a must-visit spot for birders. Located in Stanley, Christ Church Cathedral is the most southerly Anglican cathedral in the world. On the cathedral grounds, you’ll also find the Whalebone Arch, which was made from the jaws of two blue whales in 1933.

The Falklands are renowned for their fishing, allowing travellers to fly island to island looking for great angling spots, from Bodie Creek Bridge to the southern coastlines. Trout are especially popular to fish in the Falklands, with the season running from September to April, but you can fish for mullet year-round.

Explore the War of 1982 at Goose Green and Port Howard

The war of 1982 put the Falkland Islands on the map for much of the world, as Britain battled Argentina for control of the remote island group. Goose Green was the site of a major land battle, while Port Howard has a museum housing artifacts from the conflict. You can also see a crashed airplane from the war outside the settlement. Seafood is popular across the Falkland Islands, but baked trout is perhaps the most beloved of its seafood dishes. Sea trout is cooked whole along with butter and lemon, and served perfectly done, melting in your mouth when you eat it.

The Falklands have many sheep farms, so lamb is a common dish. A rack of lamb is often prepared with a honey glaze, butter, and mint, and grilled or baked until tender. It’s a good alternative for people who aren’t fans of seafood. 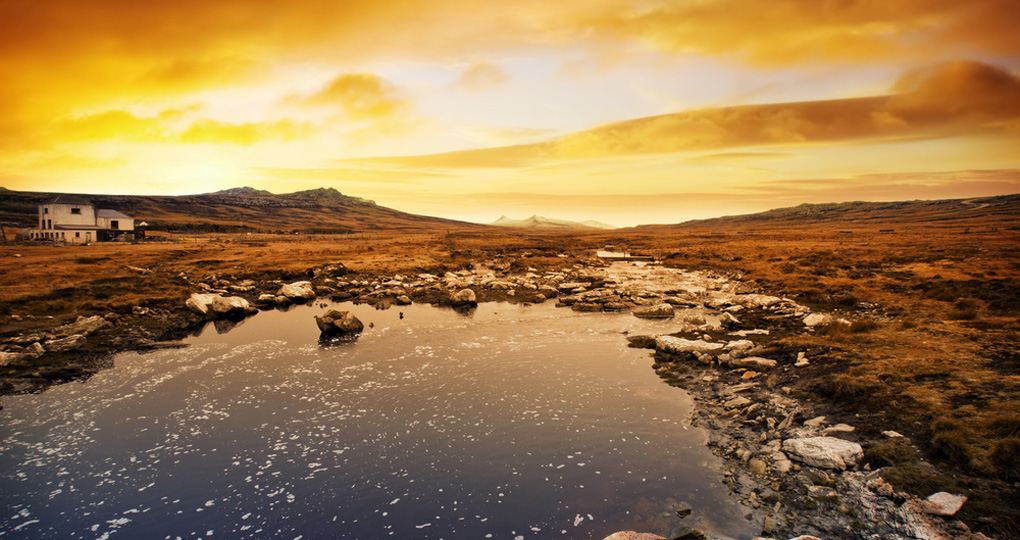 The Falklands are a destination that’s beloved for its nature. Thus, local authorities have started prioritizing environmentally-friendly energy sources to preserve the natural environment of the islands. Wind turbines have begun to replace diesel turbines, and protective measures have been applied to nature reserves. Considering that more tourists visit the Falklands each year than people live on the islands, it’s important to be responsible when interacting with the environment. Bring reusable water bottles, don’t stray from walking trails, and use eco-friendly sunscreen products. Don’t interact with wildlife and don’t take shells or other animal products home with you.

Most Popular Itineraries for Falkland Islands

Falklands Wildlife & Battlefields offers a week-long overview of the islands, heading from Stanley to battlefields from the war of 1982 and popular wildlife viewing spots, such as Sea Lion Island, to see penguins. Antarctica, South Georgia & Falklands Odyssey includes a stopover in the Falklands on an epic voyage to the Antarctic Peninsula and South Georgia Island. Antarctica, South Georgia & Falklands Explorer offers a variation on the same cruise, but returns to Ushuaia in Argentina instead of connecting further north to Puerto Madryn at the end of your cruise.

From personal encounters of the wildlife kind, to trout fishing, hiking and guided tours of key cultural and historic sites you are invited to discover all the Falklands has on offer.

DELUXE | CRUISE: Wildlife enthusiasts and photographers alike will be impressed by the incredible scenery and wildlife encounters on this epic 21-day voyage. Set sail aboard the magnificent Ocean Endeavour as we discover Antarctica, the world’s last frontier and the land of penguins and icebergs. Then follow in the footsteps of the heroic polar explorer, Sir Ernest Shackleton, to South Georgia, ruled by penguins and home to the greatest concentration of wildlife on Earth.

DELUXE | CRUISE: Join us aboard the Ocean Endeavour on this epic 21-day voyage for wildlife enthusiasts and photographers alike. Antarctica, the fabled White Continent, is a land of penguins, seals, whales and icebergs. Sailing to South Georgia, follow in the footsteps of the heroic polar explorer, Sir Ernest Shackleton, and finally, visit the ruggedly beautiful Falkland Islands.