5 Travel Experiences That Offer a New Perspective on the World

As we count down the days to when travel returns in full, we look forward to those travel experiences that offer us a new perspective on the world.

Sure, there are old ways of travelling and experiencing the world that we want to revisit, but when every day has seemed much the same over the past year, we are longing to experience the new. Travel has a way of shifting your perspective and helping you see things in a new way. This could mean a new way of going about the ordinary, a new way of coexisting with the natural world, or simply a new appreciation for the beauty that surrounds you.

To this end, we thought to highlight some of the top travel experiences that offer a new perspective on the world. For people who live in North American cities, these travel experiences can give you much-needed perspective and understanding of the other ways that life operates in the world. It’s not an exhaustive collection, but a shortlist of experiences that we cannot wait to have. They offer a new way of seeing and living, which is at the heart of travel’s effect on the world. So join our Countdown to Travel and let’s count down the days until we can have these experiences once again. 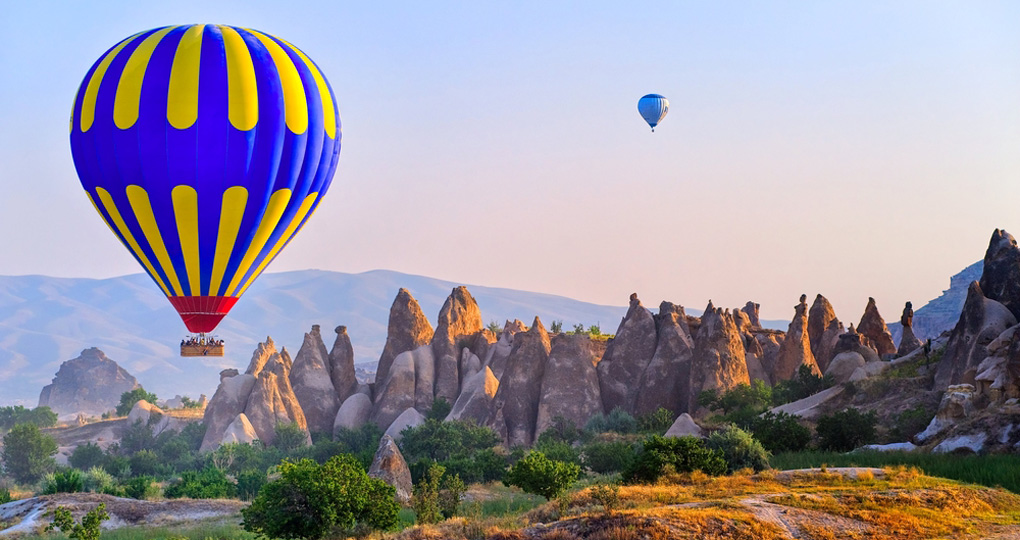 After spending so much time in concrete apartment buildings and on rubbish-strewn sidewalks, sometimes you simply need a reminder of how magical the world is. Cappadocia is magical. It’s a fairy tale realm and about the closest thing you can get to experiencing a fantastical world from Star Trek or a fantasy novel. Located in central Turkey, Cappadocia is best-known for its rock spires or fairy chimneys that look like they belong on an alien world, or at least the surface of the Moon. Seeing this landscape from a hot air balloon high above the ground is an awe-inspiring experience. It’s a feast for the senses and a powerful demonstration of the marvels that nature can produce. Exploring on ground is impressive in its own right. It allows you to see the rock-hewn monastic homes in the Valley of the Monks or the rock castle of Uchisar up close to admire how humankind can make a home in nature without changing what makes that nature remarkable. But seeing Cappadocia from the sky is unlike anything else.

Cappadocia reminds us of the power of nature to amaze us and to show us things we could hardly imagine, let alone think existed within our natural world. It’s a place that adds back a little of the magic of the world that you lose when you move out of childhood. 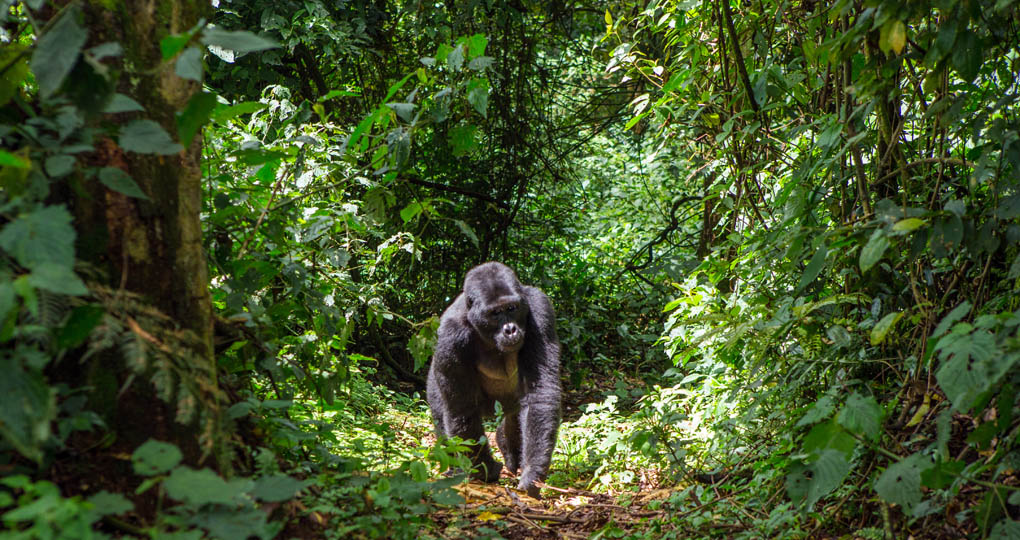 Lots of travel experiences get bandied about as “life-changing,” but a mountain gorilla trek is one that justifies the hyperbolic phrasing. You can head on a mountain gorilla trek in Rwanda or Uganda. Much of the natural population of mountain gorillas live across the border of these countries in the Democratic Republic of Congo, but that country’s unstable government makes it riskier to visit. Uganda and Rwanda are better-suited to accommodate travellers and guarantee safety—not only of the travellers but of the gorillas themselves.

A mountain gorilla trek is an intensive experience that takes you for several hours into the heart of the jungle, whether Bwindi Impenetrable Forest in Uganda or Volcanoes National Park in Rwanda. The hike can be long and strenuous, as you have to pass through hot, humid, thick rainforest to reach the spot where the mountain gorillas live. But the journey is easily worth it. The moment you break through the bush and spot the eponymous silverback of the mountain gorilla male, or notice a female with a baby clutching her fur, you realize that you’re about to witness something magical. You spend around an hour watching a mountain gorilla family from a short distance. Yes, you can get your photographs to impress your friends back home, but the real power comes in simply watching these mammals and particularly, their eyes. They have so much intelligence, so much dignity, in their eyes. They seem almost human—but not quite, and that differentiation makes them no less special and, dare we say, sacred.

A mountain gorilla trek puts you face-to-face with another intelligent creature that shares our planet and allows you to appreciate animal life in all its complexity. It helps you understand that there are ways of existing on this planet that you, as a human, will never truly comprehend. But it helps you realize that those other ways of existing are no less fascinating and precious than your own way of living. It fills you with awe, and from that awe, comes respect.

A Journey Through Patagonia 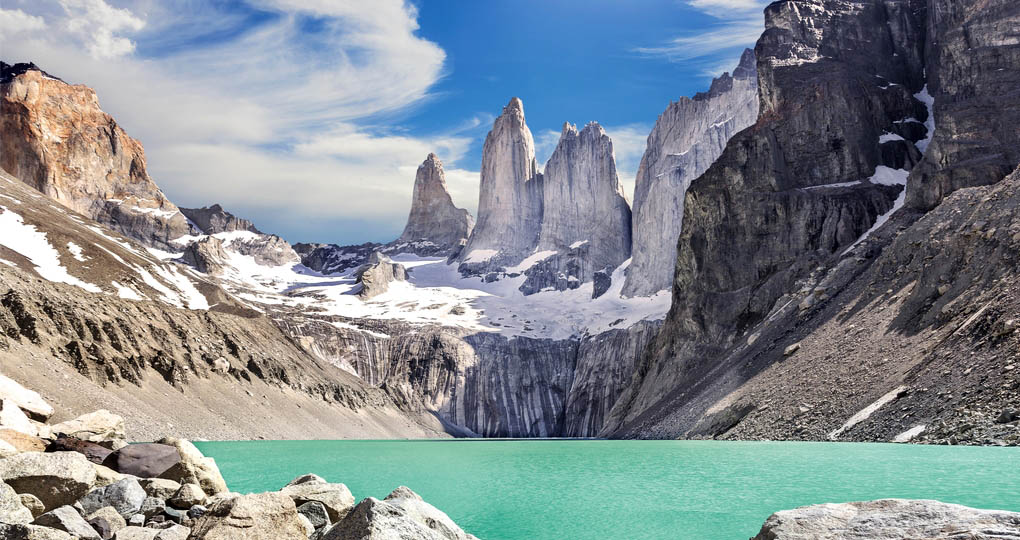 Sometimes you want to get away from people on your own terms. There’s no better place for this than Patagonia, that southern part of South America stretched across Argentina and Chile. Patagonia is a place defined by its vast, empty expanses. In that emptiness, you are allowed to experience isolation—but not the isolation that came during the pandemic, cramped indoors and afraid of what’s to come in the future. No, this is isolation without loneliness; instead, it offers an aloneness with the world where you turn down the volume of human civilization to listen to the natural world more clearly.

You can choose between Chile or Argentina or go between the two on a trip to Patagonia. Chile’s Torres del Paine, with its three jagged rock towers, is likely the most popular spot, as the site of the towers reflected in the clarity of the lake offers a vision like no other. Argentina’s Perito Moreno Glacier, one of the few glaciers on the planet that is still growing despite the effects of climate change, is the other spot that leaves people breathless. The sound of ice calving from the side of the glacier or the simple crackle of the ice at the changing temperature of the air outside is enough to leave you enchanted. Either experience is a recipe for enjoying a glimpse of what the world might’ve been like before us, and may look like after us. It allows us to perceive the vast, empty stretches of nature that thrive in our absence. 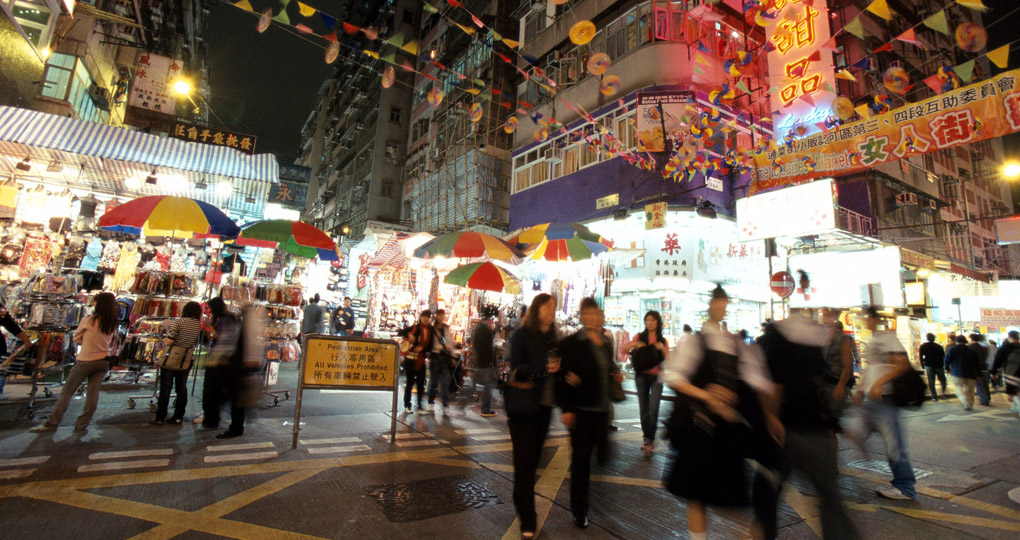 Not all of the new experiences we look forward to after the pandemic will take place in the absence of people. In fact, reconnecting with the rhythmic energy of the human world—of sharing the space with others without fear of the virus—is an essential experience we long to have. There’s no better place on the planet to experience the rush of people and the paradoxical intimacy and magnitude of urban areas than Hong Kong.

Hong Kong is famously one of the most densely-populated cities on the planet. Dhaka and Manila have passed it in recent years, but no city conjures the image of crowds quite like Hong Kong. We can think of no better way to bask in the company of strangers than on a city tour through Hong Kong. Whether that’s riding up to the observation platform on Victoria Peak to enjoy the view over the harbour, going for a famous cruise on a ferry across that harbour, or simply strolling the maze of alleyways in Stanley Market, it’s an experience we can’t wait to have.

There’s no avoiding other people on trips to the world’s most famous cities, so why not lean into the crowds and experience the rush of foot traffic and the charm of a city where you’re never truly alone?

A Tour of Rock Art in Australia’s Northern Territory 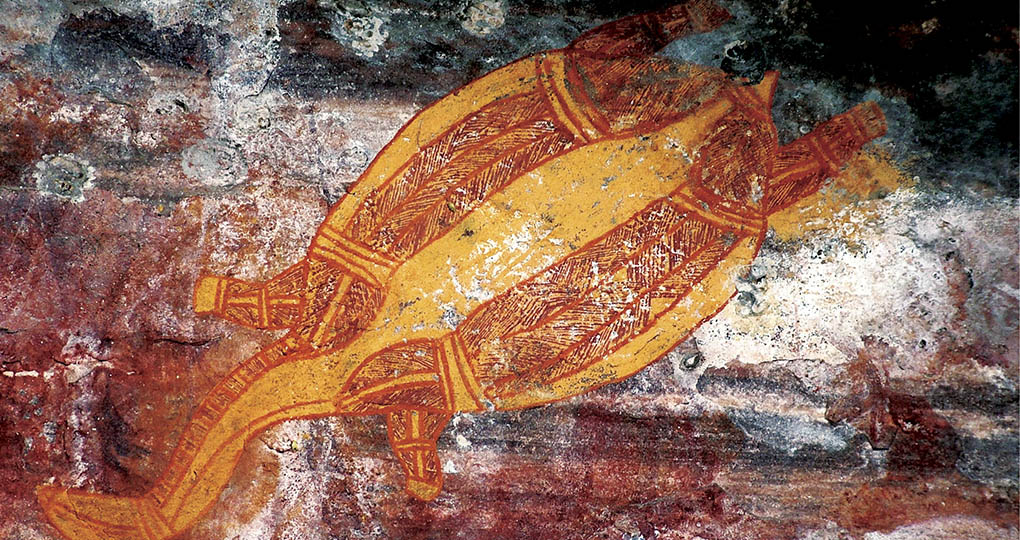 Sometimes, travel can humble you and help you understand your place in human history. There are many historical locations across the world which can generate this contemplation, but we can think of no better than the remote reaches of Australia’s Northern Territory, where you can gaze upon rock art made by humans tens of thousands of years ago.

The area in and around Kakadu National Park, Australia’s largest national park, in the Northern Territory has been home to humans for over 60,000 years. This immense amount of time means that Aboriginal Australian culture is one of the oldest civilizations on the planet, and perhaps even the oldest. The rock art sites of Ubirr, in the northeastern corner of Kakadu, and Burrunggui or Nourlangie Rock, in the park’s centre, are probably the best-known sites to witness the artworks of humans from the distant past. The art at Ubirr depicts some of the stories of creation as well as animals found in the area, such as barramundi and catfish. The art at Nourlangie Rock depicts stories from the Dreamtime, the sacred realm that shapes Aboriginal beliefs and traditions. Many of the paintings are of people, with one figure even having a striking sixth finger on their hand. Others are of extinct animals, such as Tasmanian Tigers, and red handprints of the artists themselves.

In our modern world, it’s hard to think about the world as it was 100 years ago, let alone 20,000, but just because we don’t think about that time period doesn’t mean the people who lived then were any less human than we are now. The rock paintings of the Northern Territory remind you of the fact that you are simply the latest in a long line of people to have lived on this planet and left your mark. The art makes you contemplate the fact that there were people who were here long before you, and there will be people long after you. It’s a humbling reminder, but a beautiful one, that lets you know about humanity’s resilience and its neverending capacity to create art and tell stories. Now that’s a new perspective worth gaining.

DELUXE: TAILOR-MADE: Venture into the heart of Bwindi National Park to search for mountain gorillas in their natural habitat. When you’re not trekking for gorillas, enjoy the 5-star comforts of a private tent at Sanctuary Gorilla Forest Camp, a luxury retreat in the heart of the jungle.

Explore the wild wilderness of South America in Patagonia, which also offers some of the most luxurious hotels and lodges on the continent. Trek across the Moreno Glacier and around Torres del Paine National Park, and spot Guanacos and pumas before retiring in style in a luxury lodge or a budget-focused accommodation.

Learn about ancient traditions and explore lush national parks on this journey through Australia’s Top End. Cruise alongside crocodiles and exotic birds along the Corroboree Billabong, gaze upon millennia-old rock paintings at Nourlangie in Kakadu National Park, and try your hand at traditional painting in Katherine while enjoying luxury accommodations in idyllic settings.