An African Safari is the kind of trip that winds up on most people’s dream list, but Africa is also an enormous place. Eco-system and wildlife balance can vary quite a bit from region to region! When it comes to choosing between Southern and East Africa for a safari, East Africa generally favours the more adventurous traveller, who isn’t bothered by infrastructure that isn’t always as smooth as in say, South Africa or Botswana.

The rewards though, are great. For instance, only in East Africa can you witness the Great Migration, see (or climb) the world’s tallest free standing mountain, Kilimanjaro, or visit a family of mountain gorillas.

Which countries make up East Africa?

For safari planning purposes, here are 10 of our favourite East Africa safari spots in Kenya, Tanzania, Malawi, Uganda, and Rwanda.

Kenya is an ideal choice for East Africa first-timers, with regular flights to centrally located Nairobi, a well-developed tourism infrastructure, and a variety of habitats and scenery on offer. It pairs well with Tanzania if you want to extend your journey to more than one country, or Uganda, if you’re craving a gorilla trek. 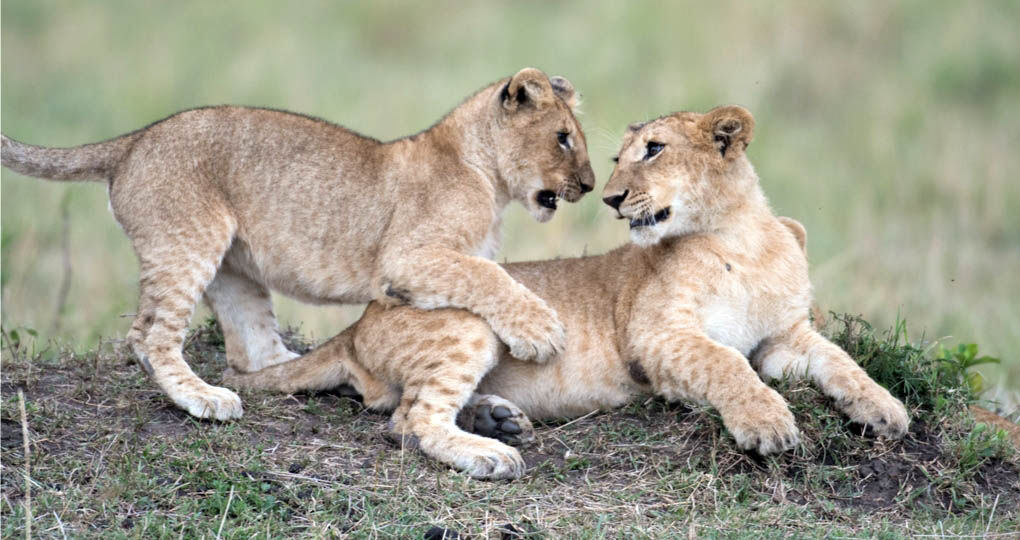 Kenya’s half of the Great Migration Route (in September and October), ‘The Mara’ rarely disappoints with open savannas offering superb wildlife viewing. If you want to see big cats in Kenya, this is normally the best place to do it, with large populations of lion, cheetah, and even leopard if you look sharp. It’s not so great for sighting rhinos or African wild dogs, and it gets busy in high season, but few deny Masai Mara’s reputation as Kenya’s premiere wildlife viewing experience. Consider flying in and out to avoid a long, bumpy transfer. 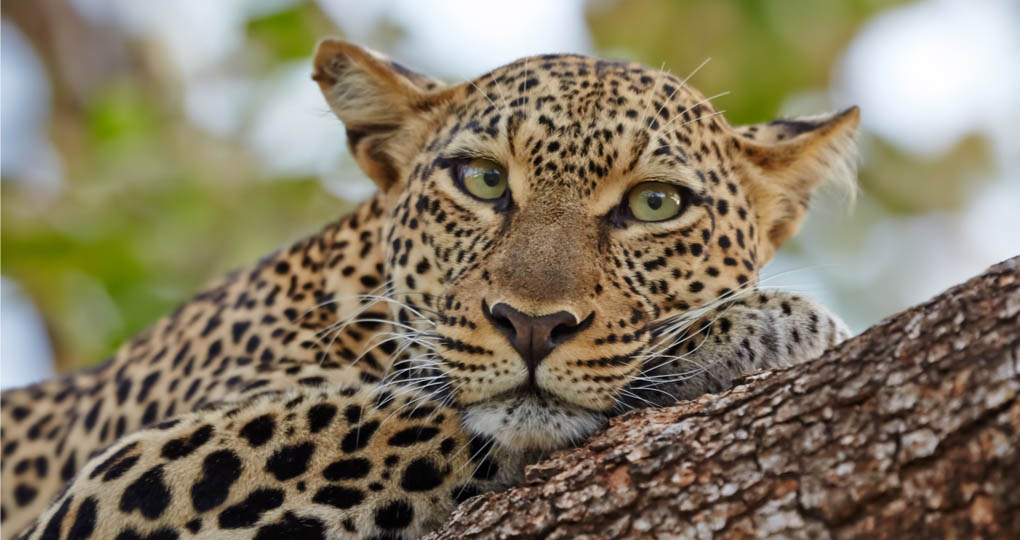 It’s not as famous as the Mara, but a comparatively low lion and cheetah population makes Samburu one of the best spots in Africa to glimpse a leopard. The hot, arid climate means there are no rhinos or wildebeest here, but elephants, giraffes, and hippos ensure plenty of great sightings. Accommodation here is a little more budget friendly too. 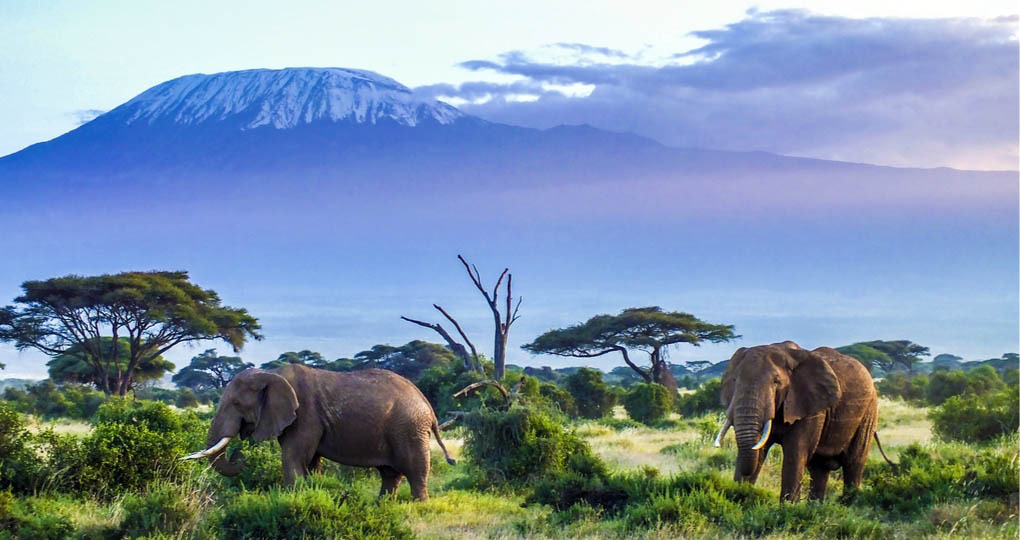 If a family of elephants walking in the shadow of Kilimanjaro is your dream sighing, Amboseli is a must-visit. It’s a very accessible park from Nairobi, meaning things can get busy. Big cat sightings are also relatively rare, though they do happen. But you’ll enjoy elephant sightings here unrivalled in most of Africa, alongside large herds of buffalo, wildebeest, and zebra. 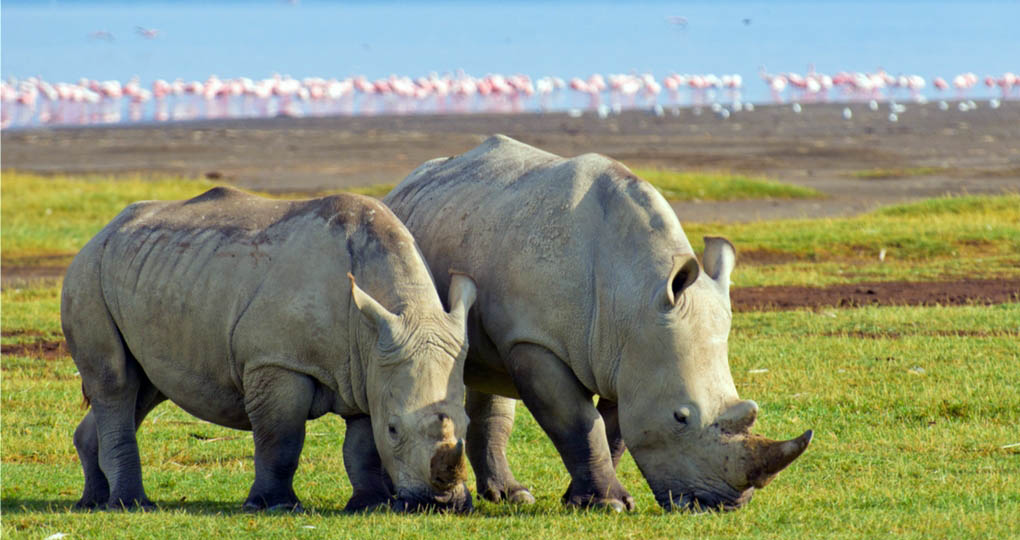 Lake Nakuru’s sightings are a little different to most Kenyan parks. Tree climbing lions, Rothschild’s giraffes, and most notably, black and white rhinos, all relatively rare in other parts of the country, thrive here! The lake is also a birding paradise with some astonishing Rift Valley scenery, though changing conditions mean flamingos are not as abundant here as they once were.

FIRST-CLASS | SMALL GROUP: Explore some of the best safari game parks in Africa and stay in beautiful luxury safari camps each night. From Nairobi, connect to Samburu, Ol Pejeta, Lake Nakuru, and Masai Mara to head on game drives to search for the Big Five, visit Masai villages, and learn about animal conservation.

While Tanzania can be a little rougher on your logistics (and budget) than Kenya, it’s home to many of the names that define the wonder of Africa, including Zanzibar, Mount Kilimanjaro (where a climb is far more accessible than you might think) and the incredible Serengeti. Neighbouring Rwanda offers an ideal gorilla trekking extension. 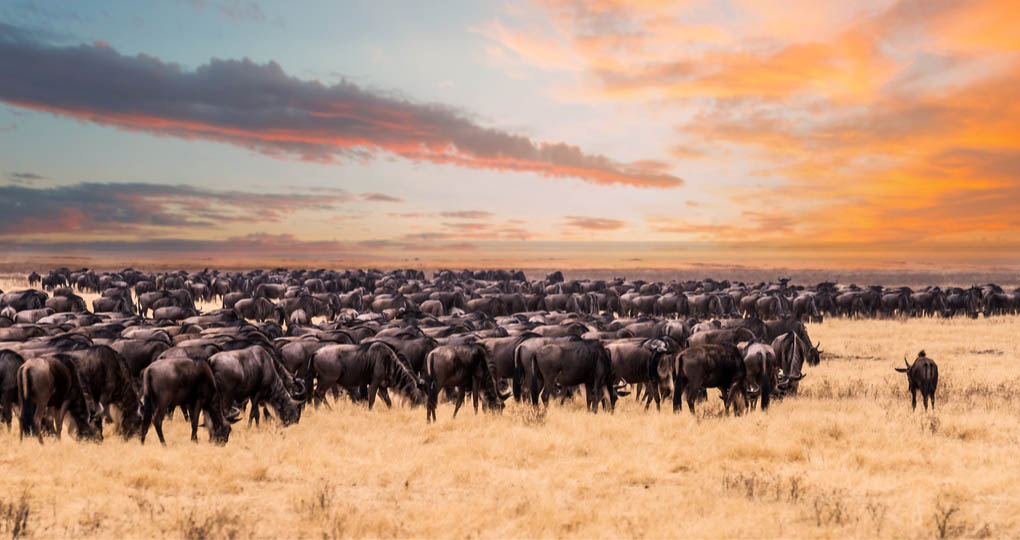 If you visit one park in Africa… Okay, that’s an exaggeration. But truly, no name embodies the magic of an African safari like ‘Serengeti.’ This has partly to do with the annual Great Migration (February to September), when over 2 million wildebeest, antelope, and zebra turn its plains into a moving mass of nature. Hot on the herd’s trail of course are the Serengeti’s big cats, more numerous and less shy than their counterparts in other regions. Migration season or not, the wildlife viewing on the Serengeti is good year round, and while some areas such as Seronera can feel crowded, your biggest challenge will be deciding where to point your camera next. 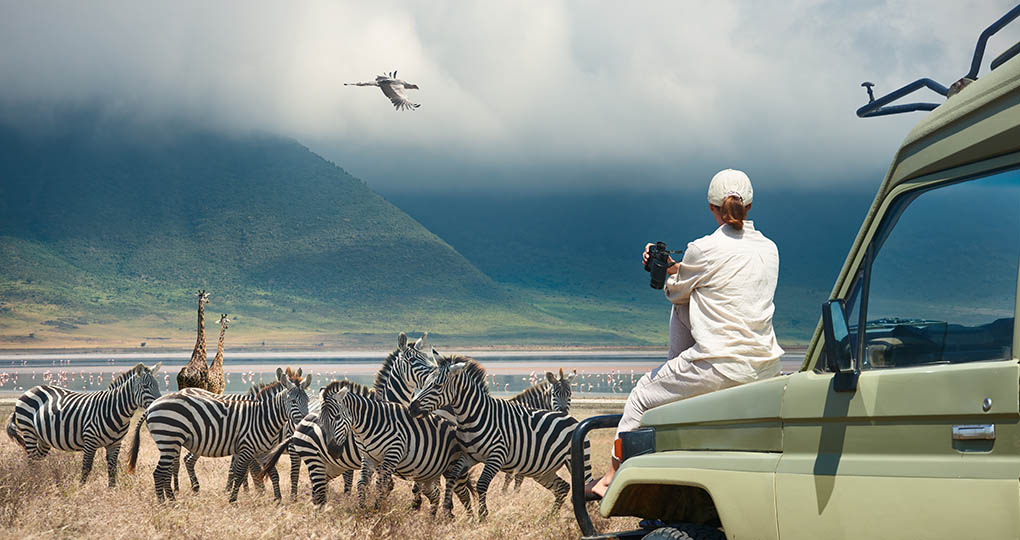 A veritable ‘Garden of Eden’ sheltered within a 600m/2000ft crater wall, the Ngorongoro Crater inspired some controversy at Goway recently, as our Marketing Manager dismissed the above photo as a fake since ‘there’s no way those zebra would be that close.’ This prompted our General Manager to point out that at the Ngorongoro Crater, animals are extremely used to vehicles and do indeed get ‘that close.’ Abundant herds, plus an extremely healthy population of black rhino and plenty of big cats ensure excellent wildlife viewing year round. The only real caveat to this ideal natural wildlife bubble is its popularity, despite the high entrance cost. 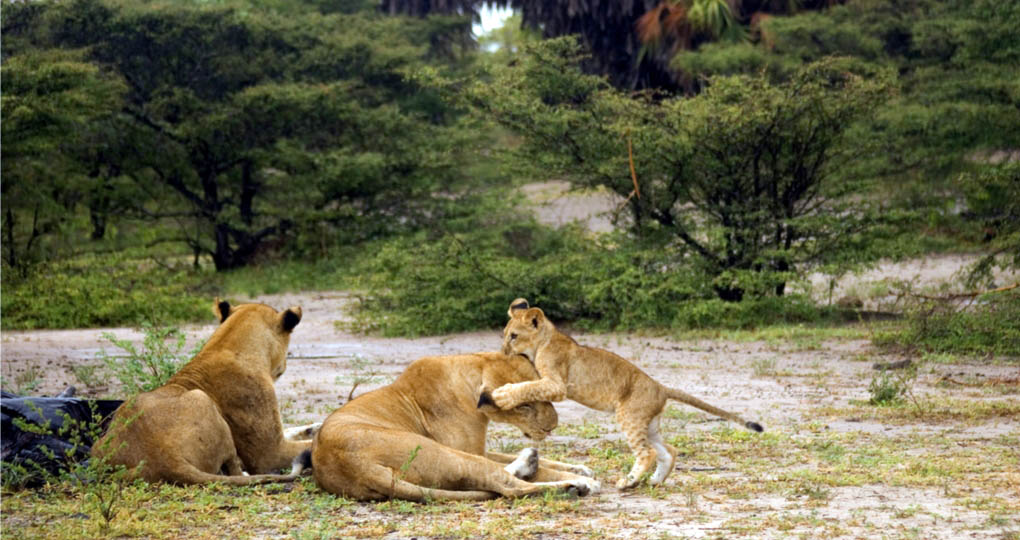 Located some distance from Tanzania’s other star attractions, Selous is an enormous park, though only a fraction of it is open to wildlife viewing. It’s also quite seasonal compared to the Serengeti or Ngorongoro, so you’ll want to visit in the dry season between June and October. Hippos are the big draw here, while lions and giraffes are drawn to the park’s waterholes. Boat and walking safaris are another key attraction.

Yes, Dian Fossey, we’re talking to you. There is still no better destination on earth for seeing wild mountain gorillas than Rwanda’s Volcanoes National Park. There are many gorilla families throughout the dense forest, and no two gorilla encounters are ever quite alike. You should also keep your eyes open for a wide variety of birds, plus golden monkeys and occasional larger animals. June to August is the driest time to go, but it’s also the most challenging time to get a coveted gorilla trekking permit. Only 64 are issued each day, and despite the whopping price tag, they sell out quickly in high season. Your reward however, is one of Africa’s truly magnificent wildlife experiences.

Running a close second for ‘best gorilla encounter’ is Uganda’s Bwindi Impenetrable National Park. The rainforest here is pristine, harbouring nine other primate species including chimps, baboons, colobus monkeys, and more, along with a good range of bird life. Gorilla trekking permits aren’t quite as expensive here as in neighbouring Rwanda, though availability is still limited, particularly from June to September, the driest time to go.

FIRST-CLASS | TAILOR-MADE: African safari tours come in many forms, but few are as revealing or special as an encounter with Uganda’s Mountain Gorillas. Taken on its own or as an add-on to an African safari, it’s a life-changing experience.

Malawi is the wildcard of East African safari destinations, and unless you’re a Madonna fan, there’s a chance you haven’t heard of it at all. Lake Malawi itself offers enough reason to go, with its beautiful landscape and easy access. Liwonde National Park is the country’s main safari star however, offering exceptional river safaris, walking safaris, and more. Big cats are a little on the sparse side, but elephants, hippos, and enormous crocodiles are all frequent sightings, making Liwonde a good safari addition to your lake-focused Malawi trip.

FIRST-CLASS | PRIVATE-GUIDED: Madonna may have helped put it on the mainstream map, but Malawi has been one of Africa’s hidden delights for years. Focused on the national parks, this Malawi tour showcases the country’s natural beauty.

An African safari touches something deep within all of us, for it is an experience that will never be forgotten. Explore some of the finest national parks and game reserves in Kenya and Tanzania, with expert guides on hand to help bring to fruition the Africa safari you’ve always dreamed of. At a moderate price point, this small-group trip is great for solo travellers too.